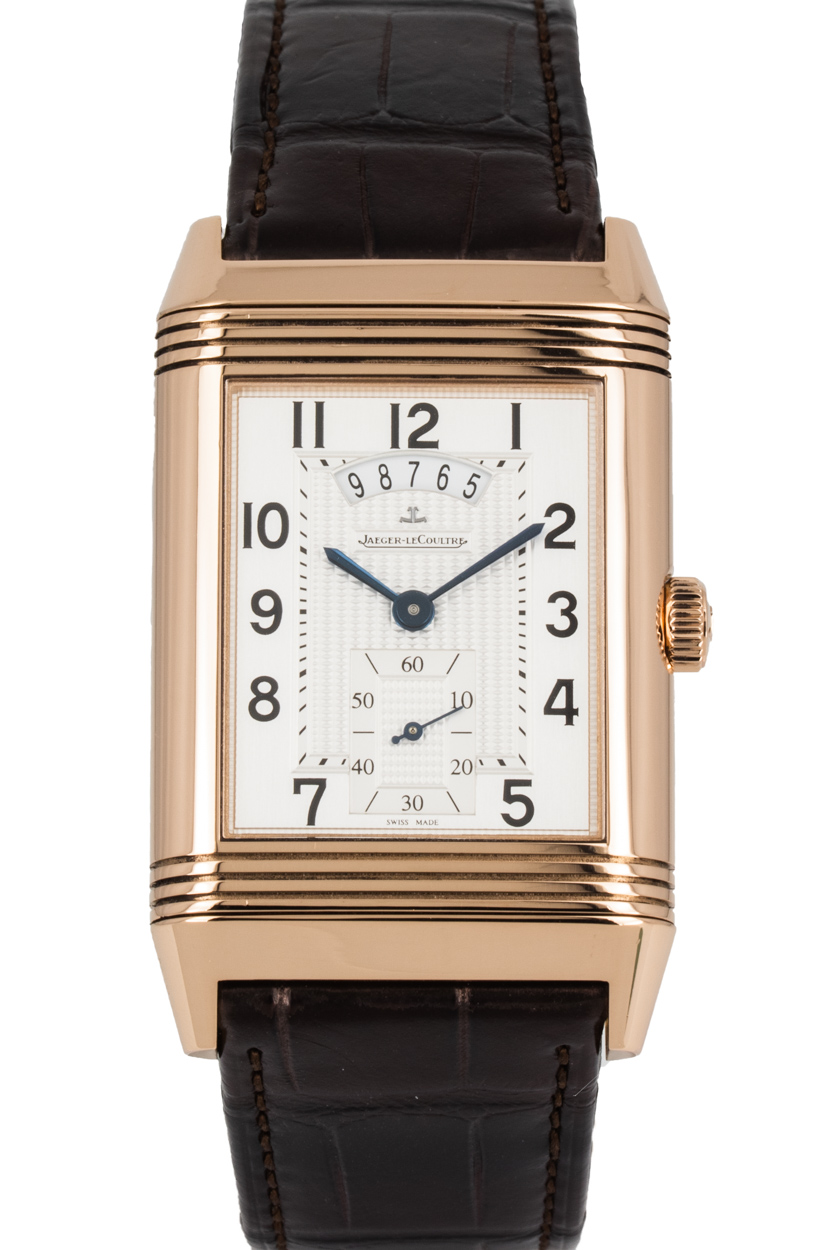 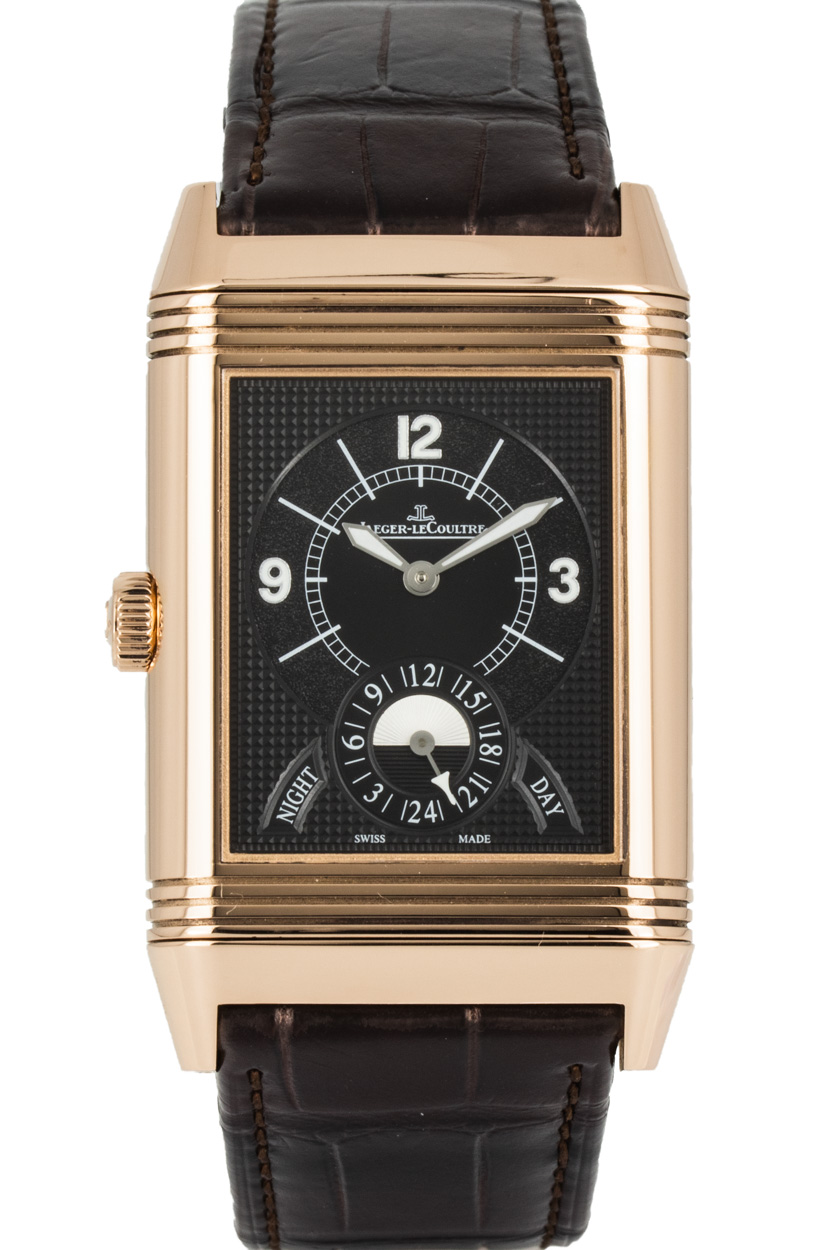 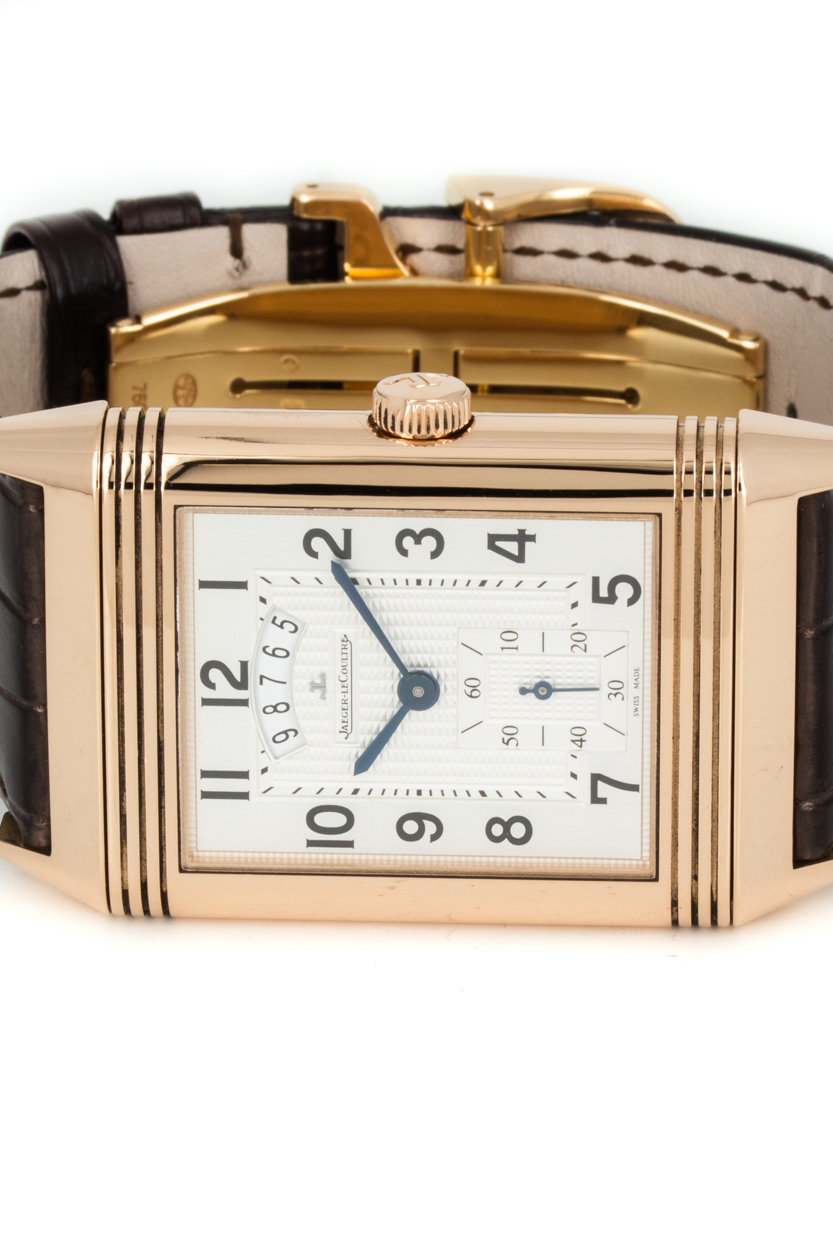 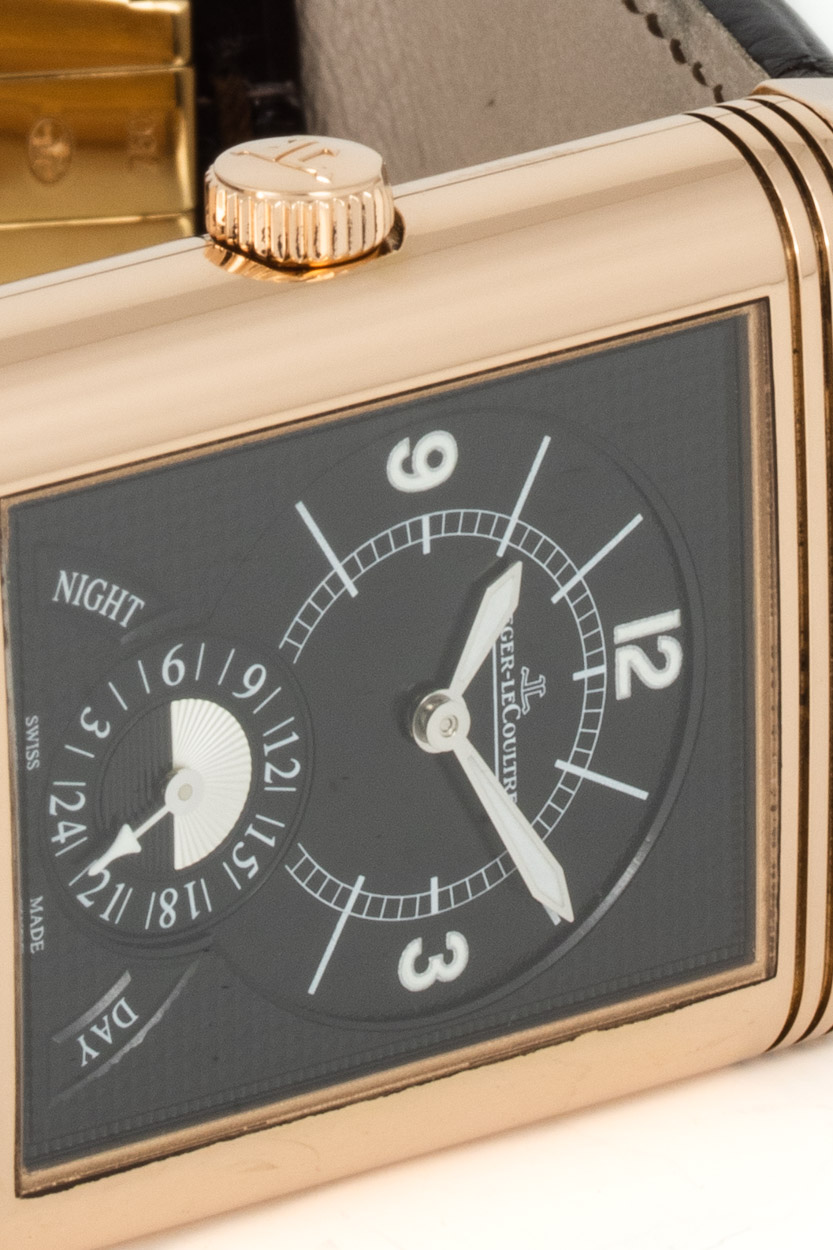 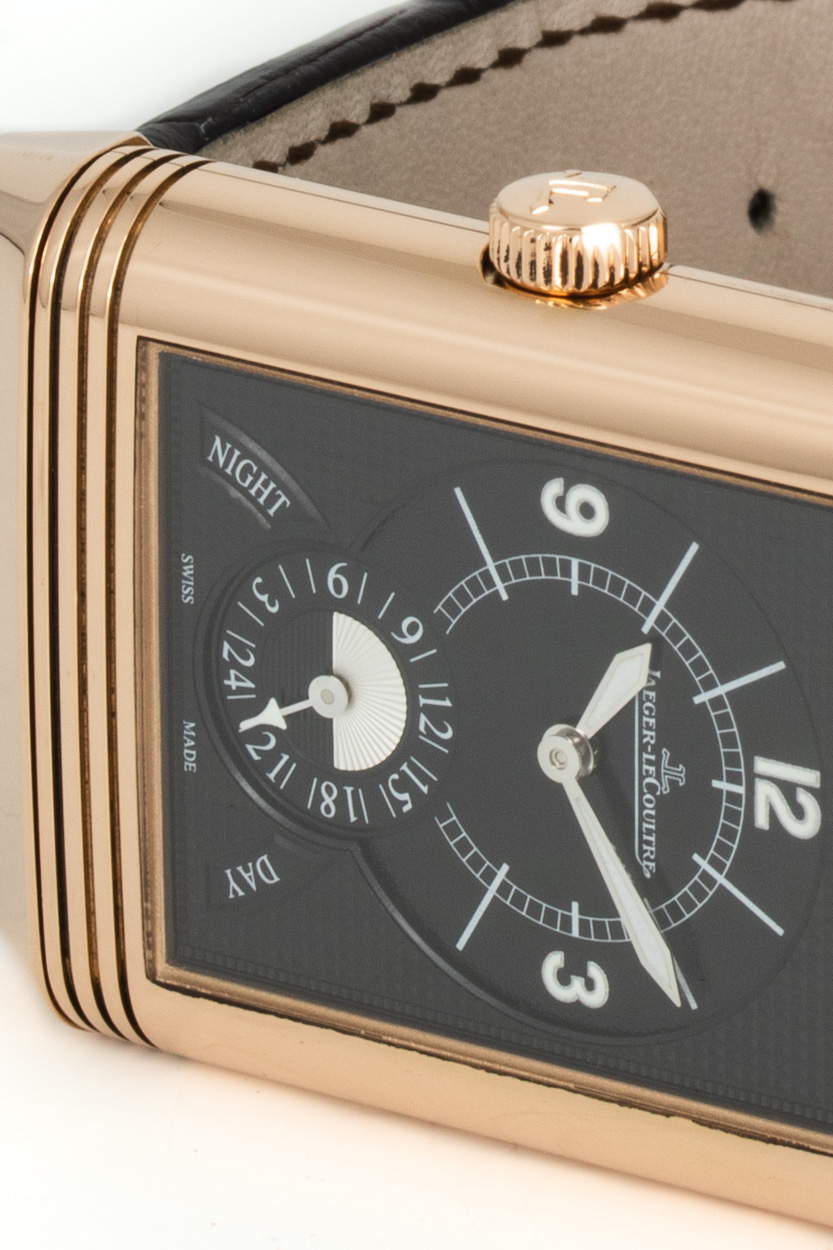 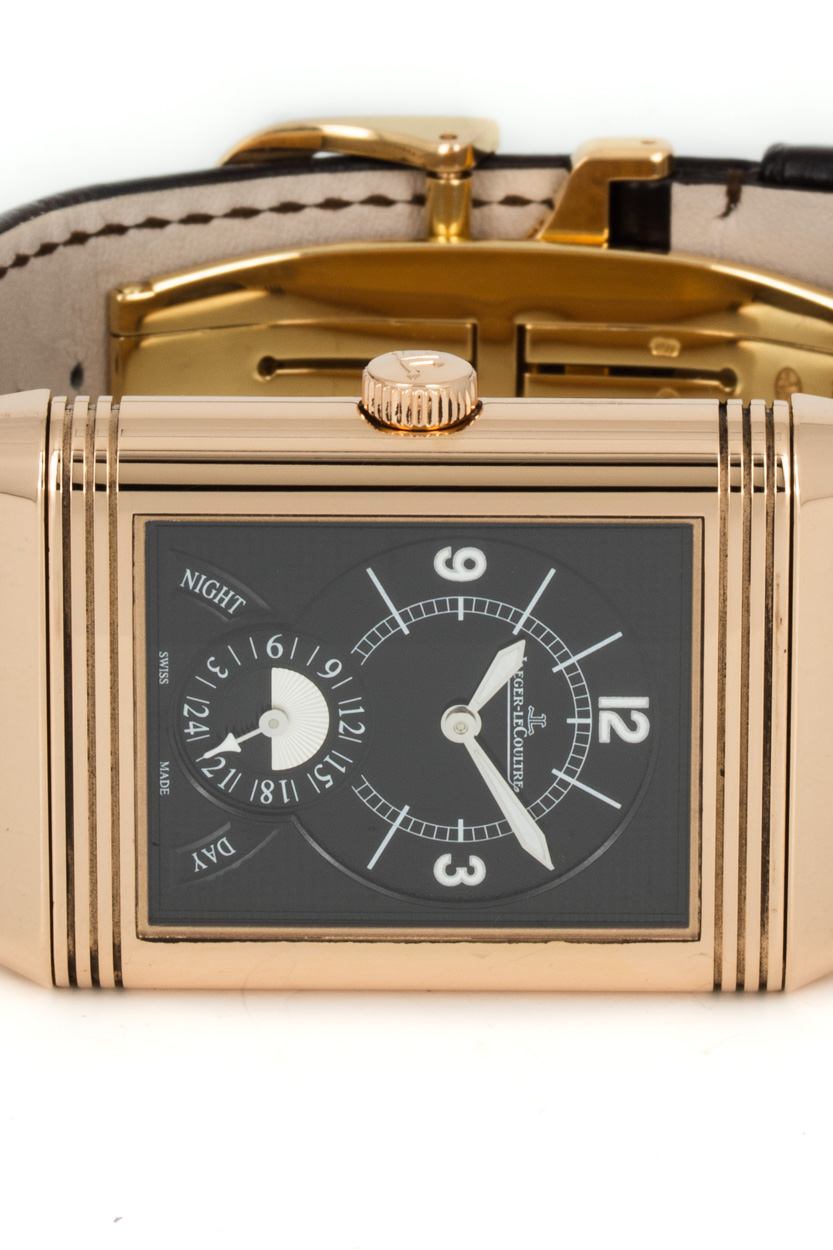 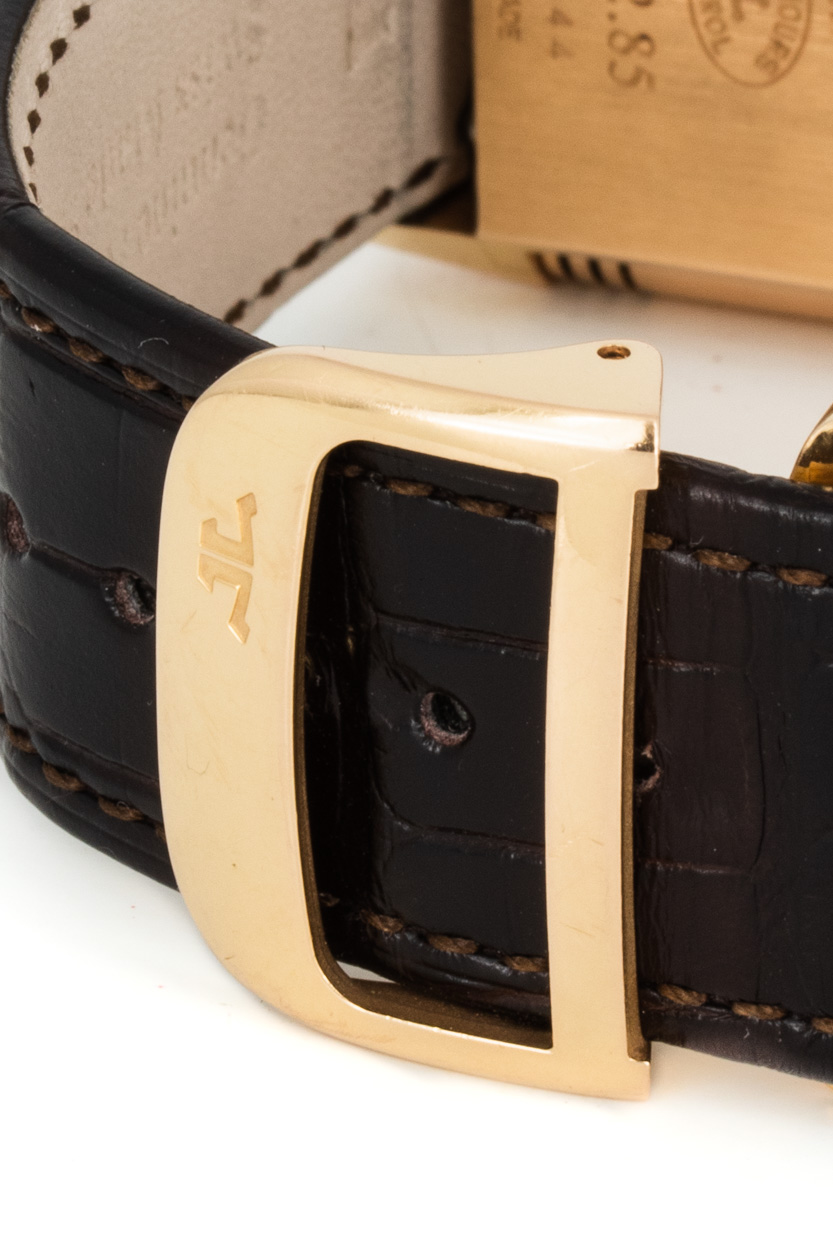 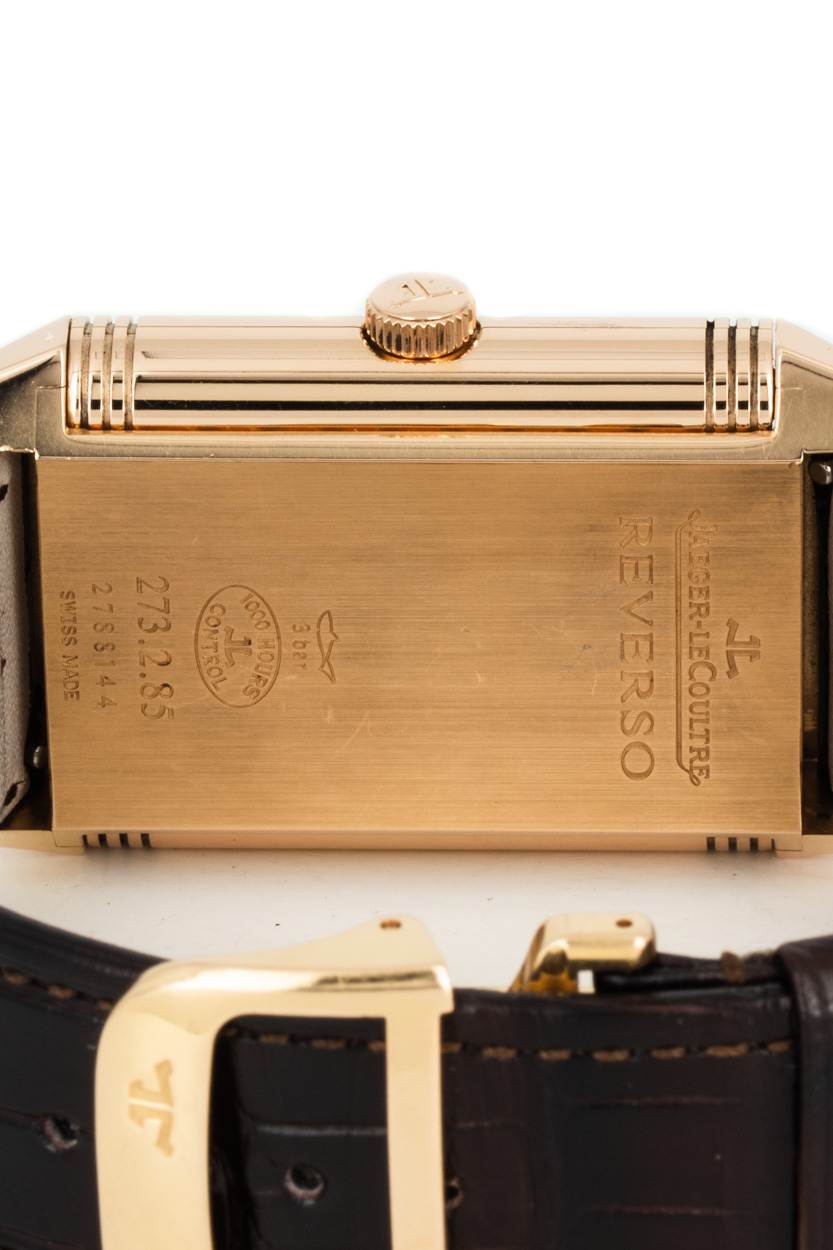 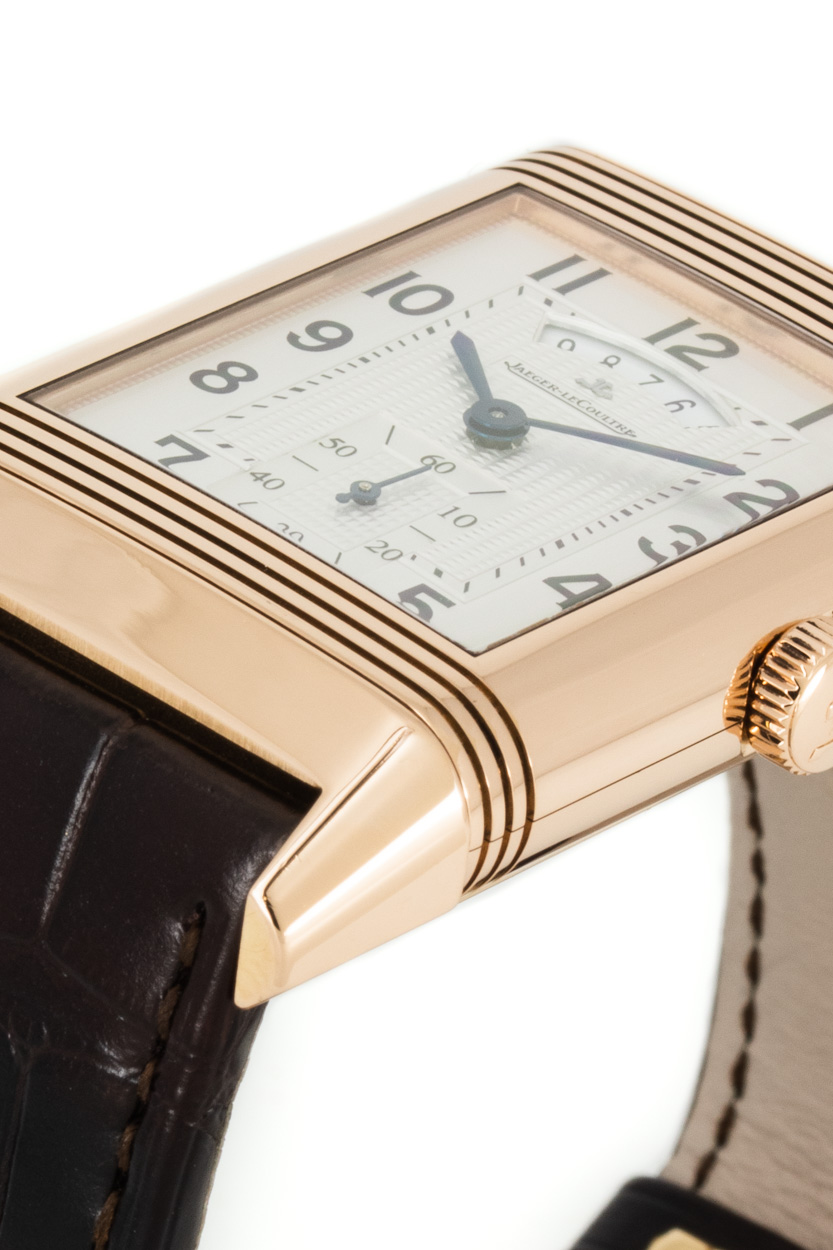 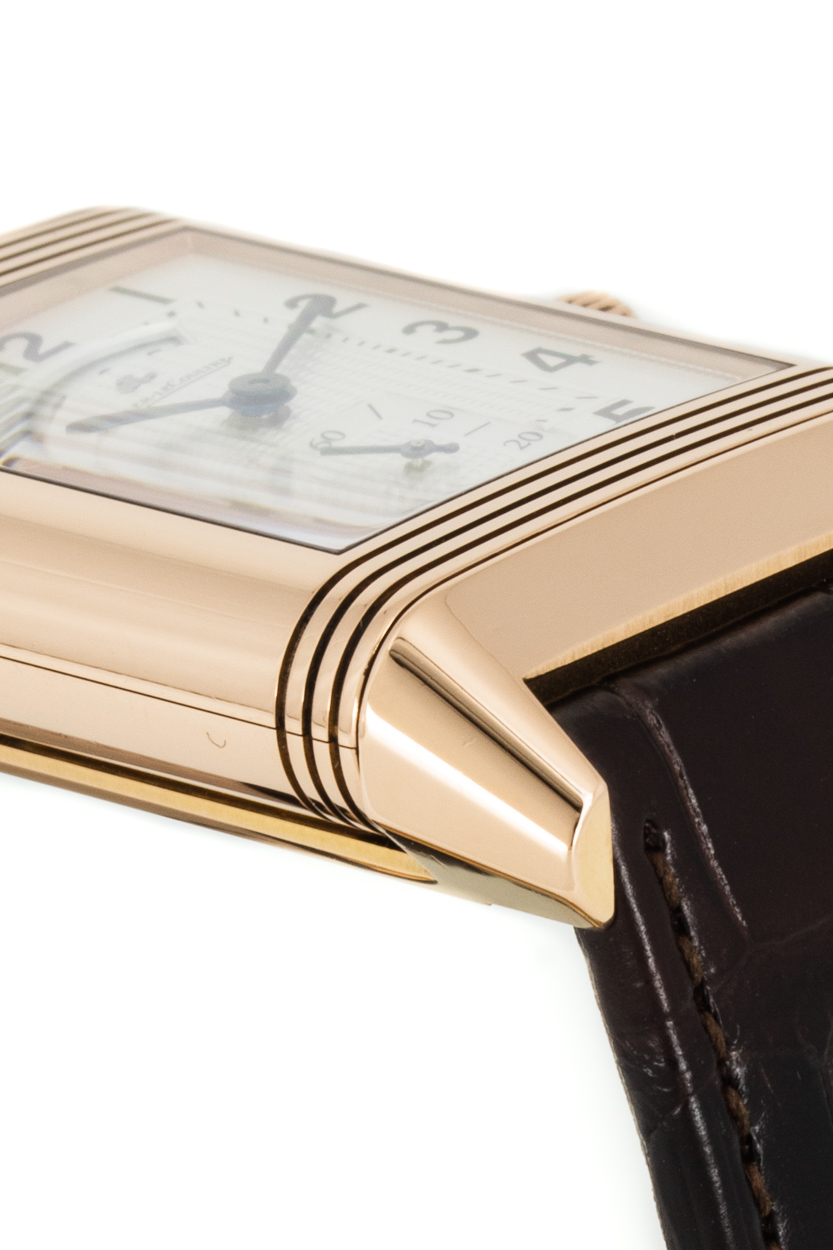 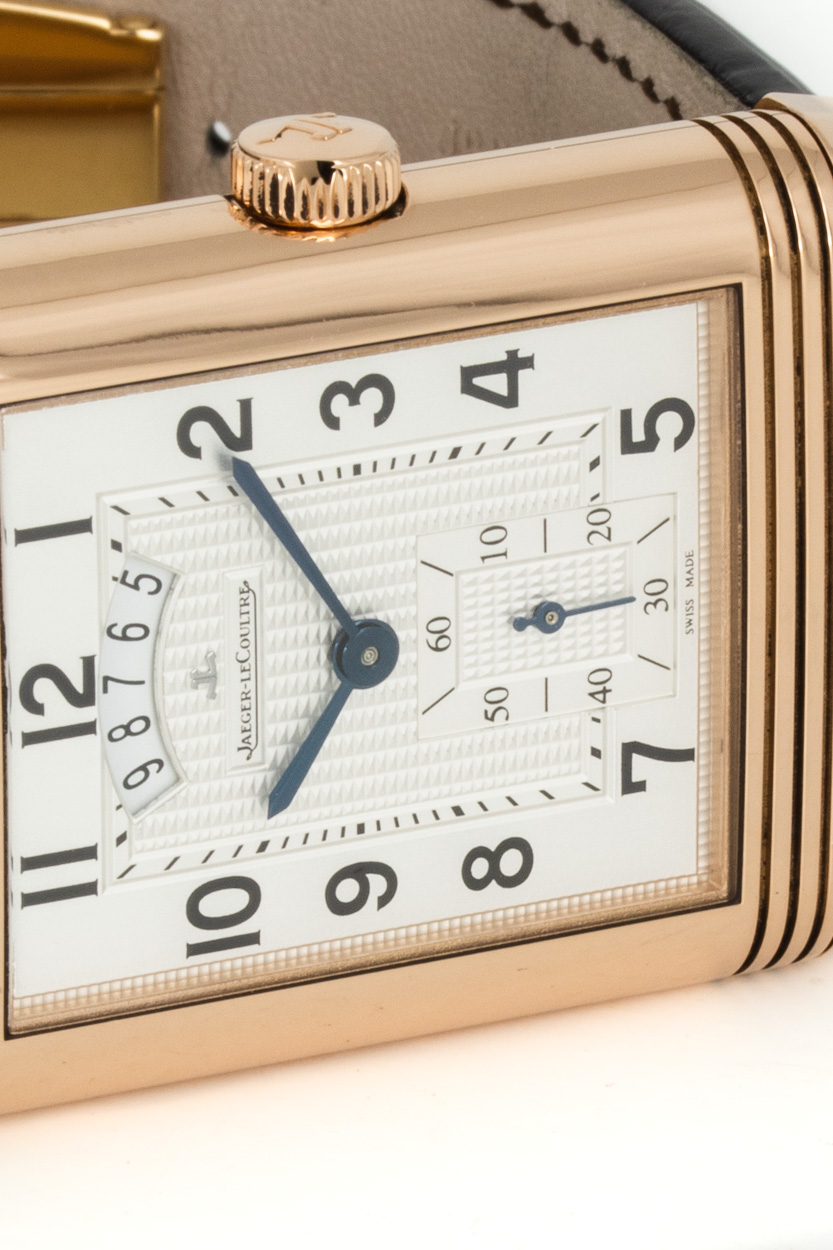 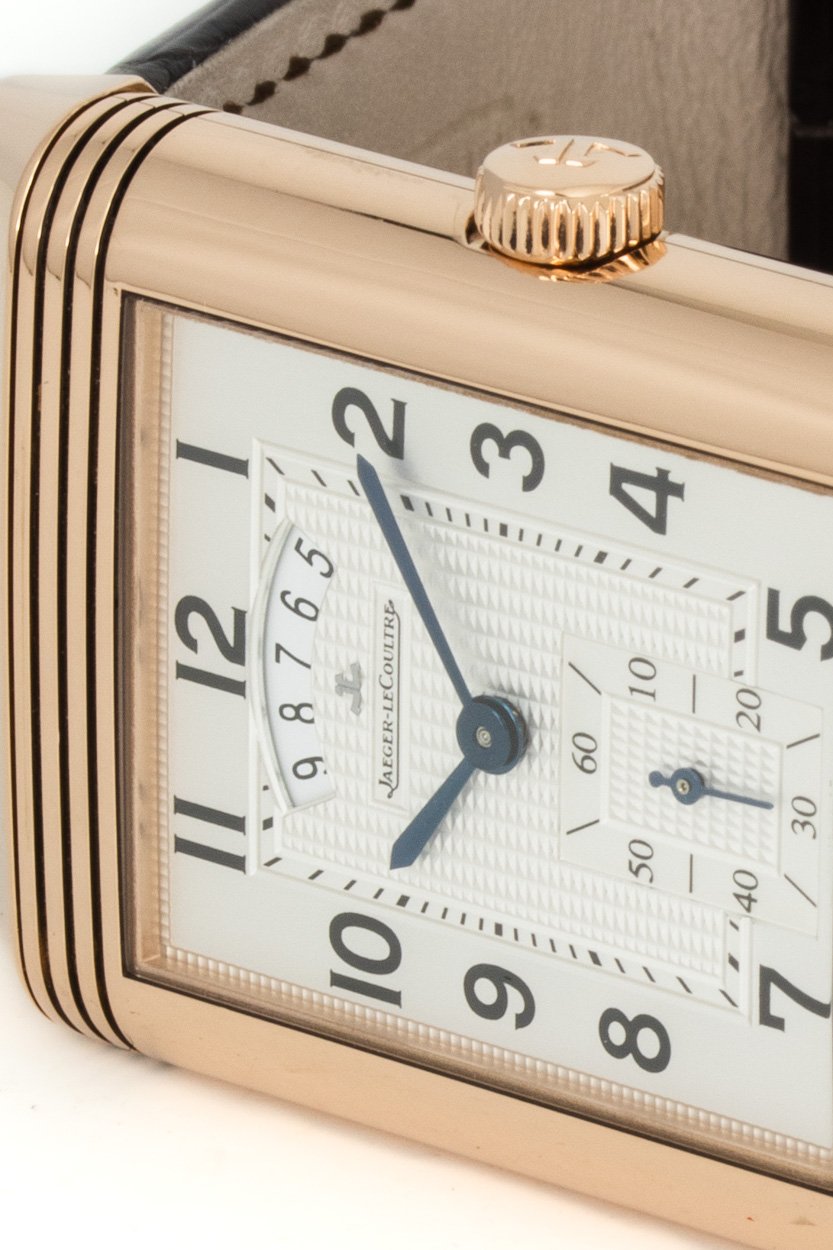 The iconic Reverso by Jaeger-leCoultre requires no introduction. But there is quite a lot to say about this rather special example…

This is a grande Reverso, meaning it measures an impressive 30mm across and 49mm from lug to lug. At 10mm thick and executed in solid 18k rose gold, this watch has some serious heft to it.

Then this is also a duo-face version, meaning you get two watches for the price of one. The first dial is silver and features a guilloche hobnail pattern. It is executed with a wide date aperture below twelve o’clock.

The second dial is black and features even more involved guilloche patterns, including a circular cut-out for the handset. At six o’clock we find a beautifully executed 24-hour and day & night indicator.

This beautiful Jaeger-leCoultre Grande Reverso is now available at AWCo.