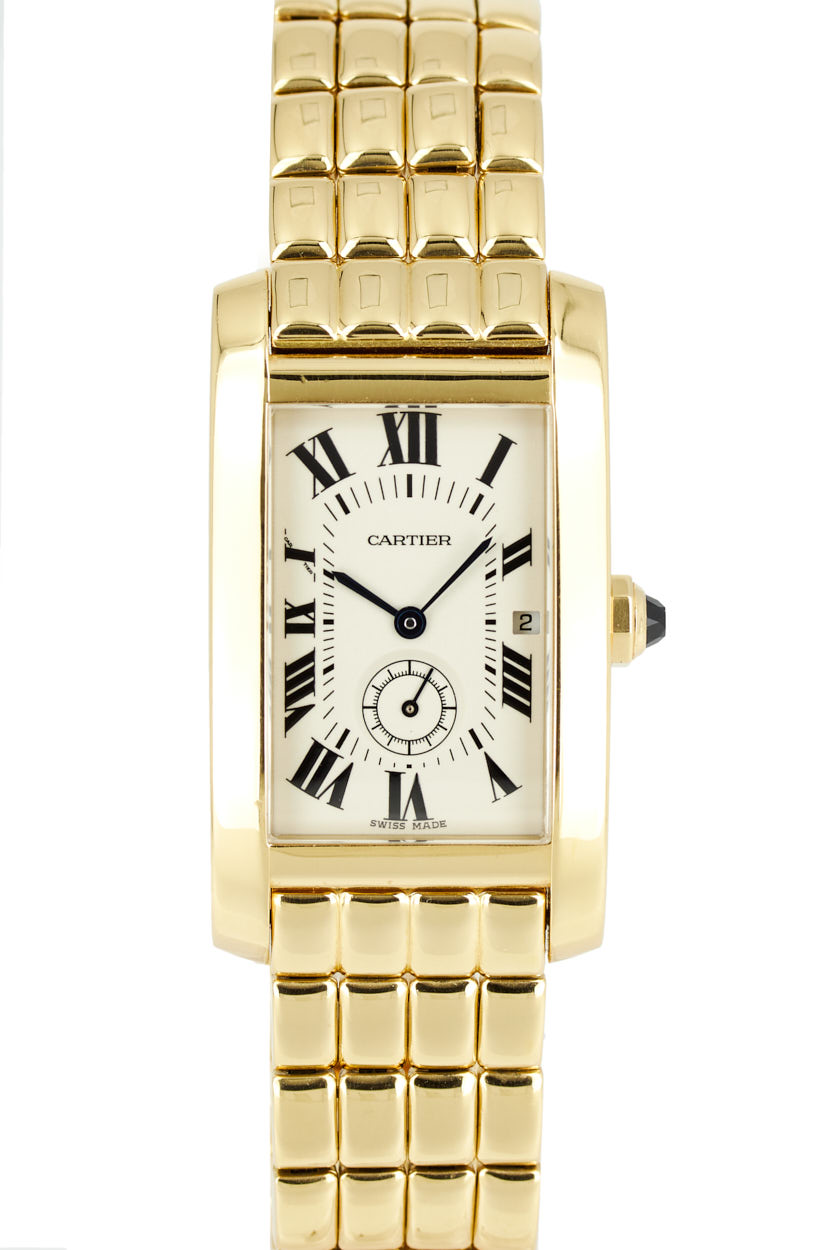 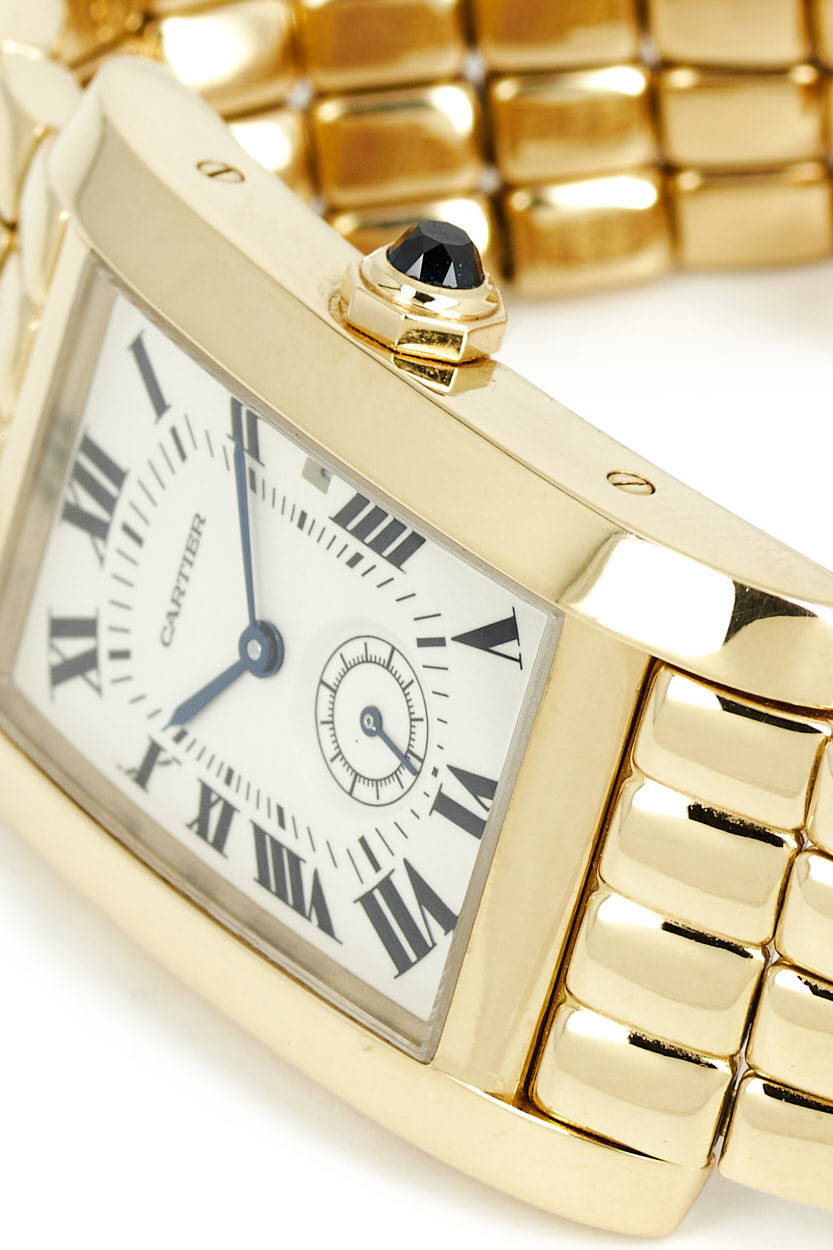 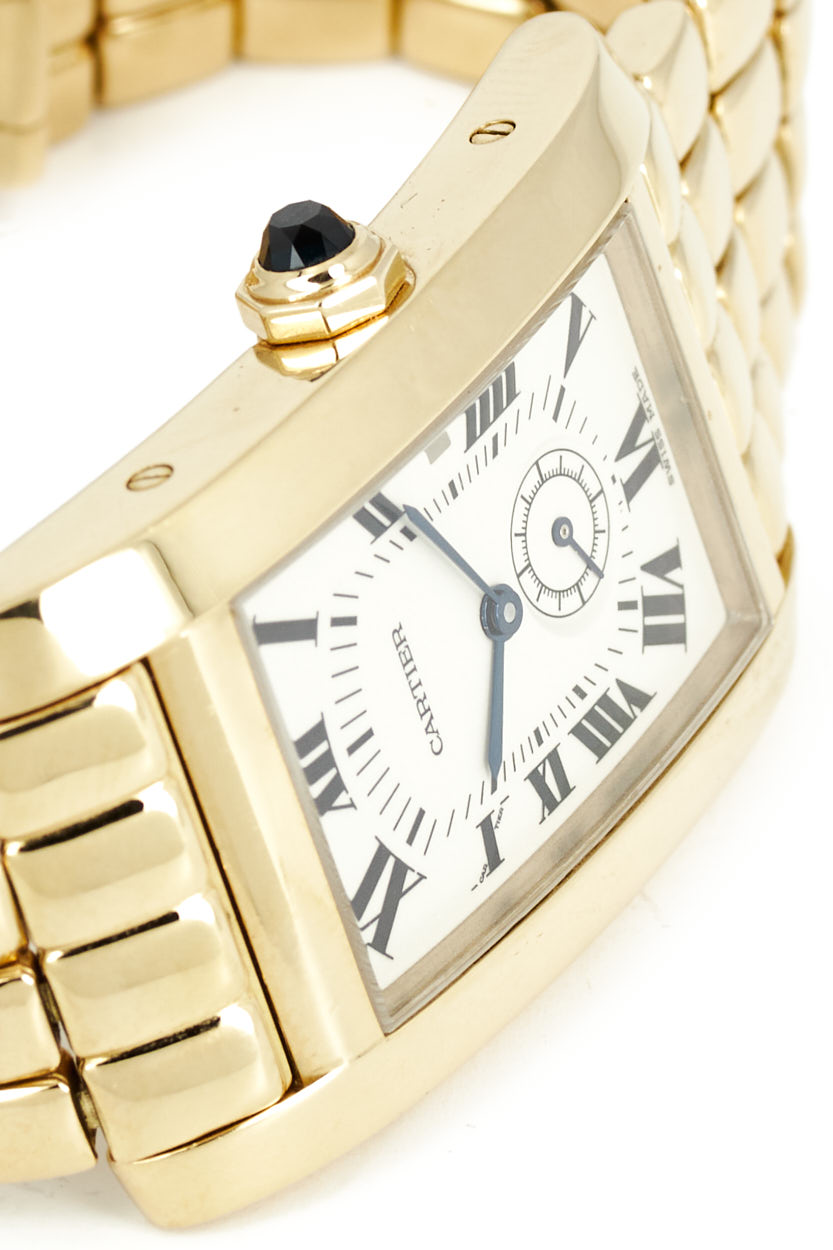 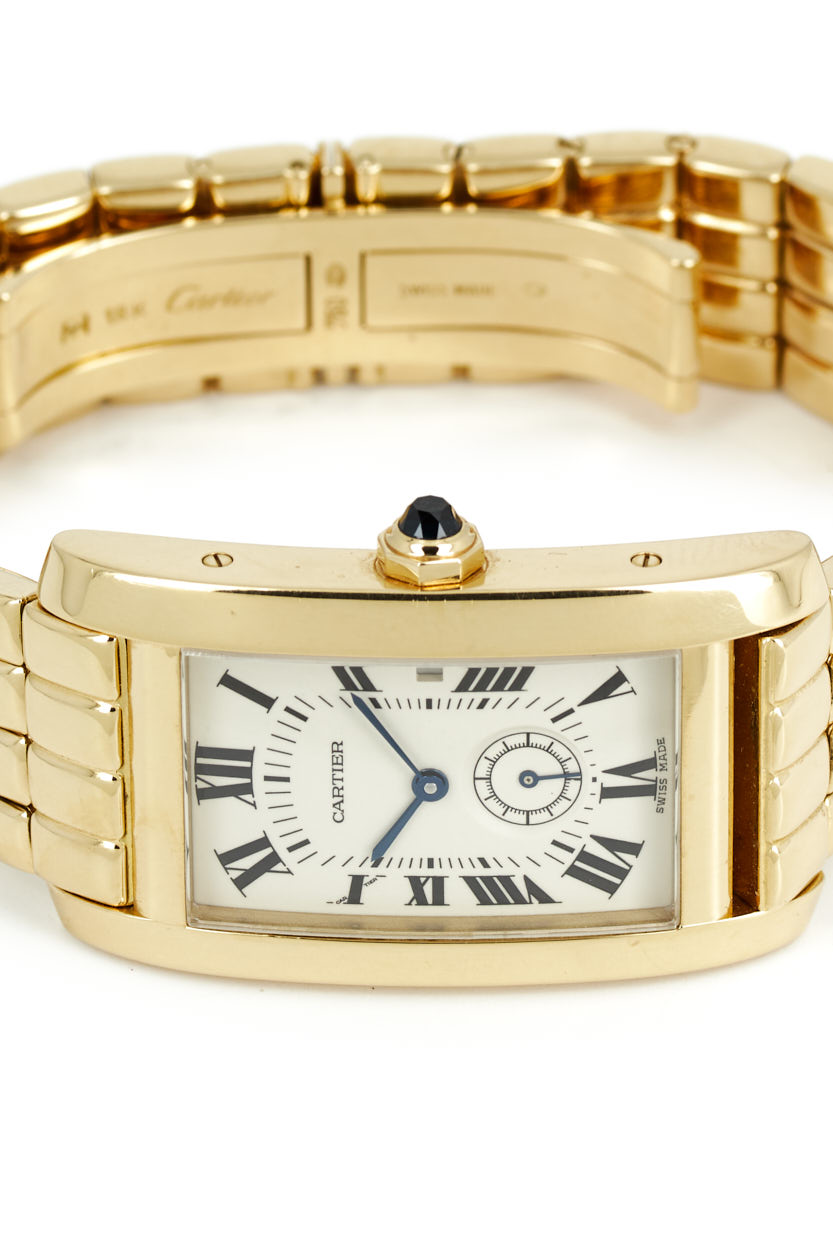 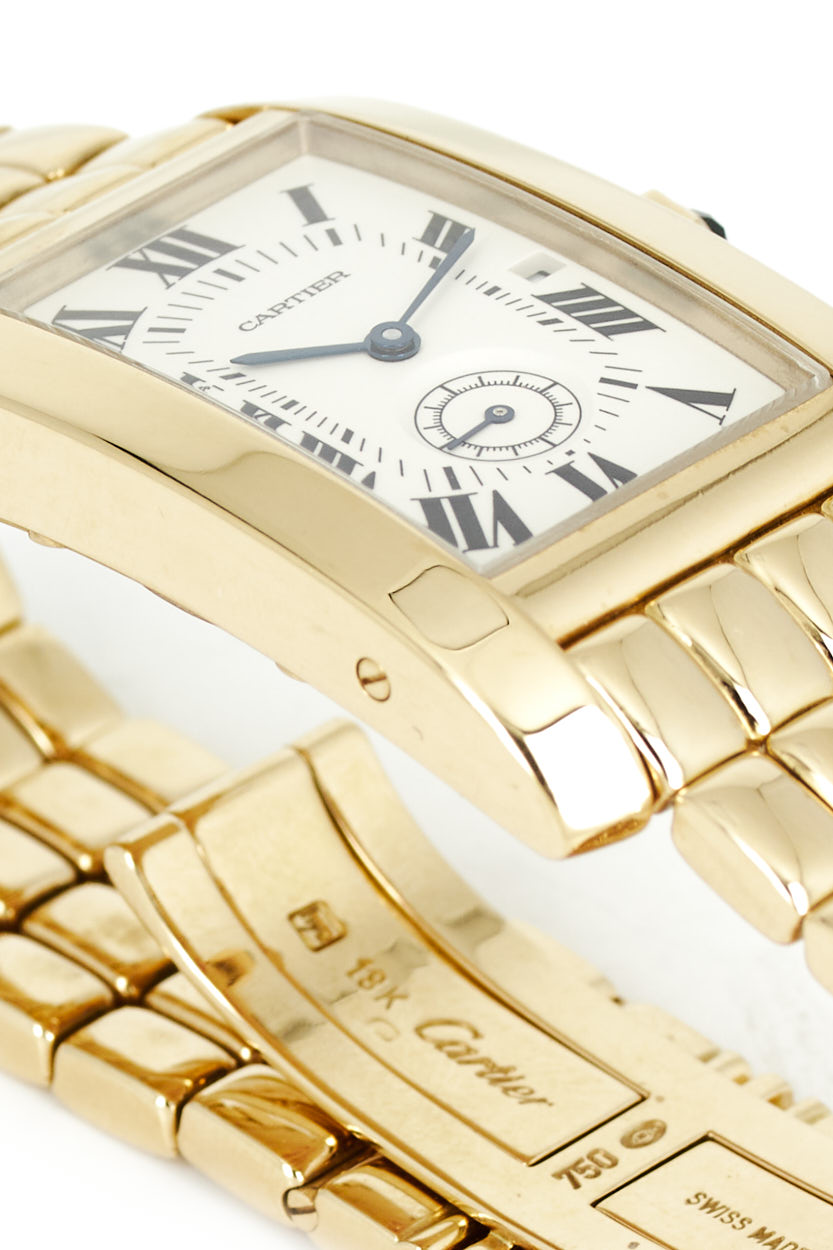 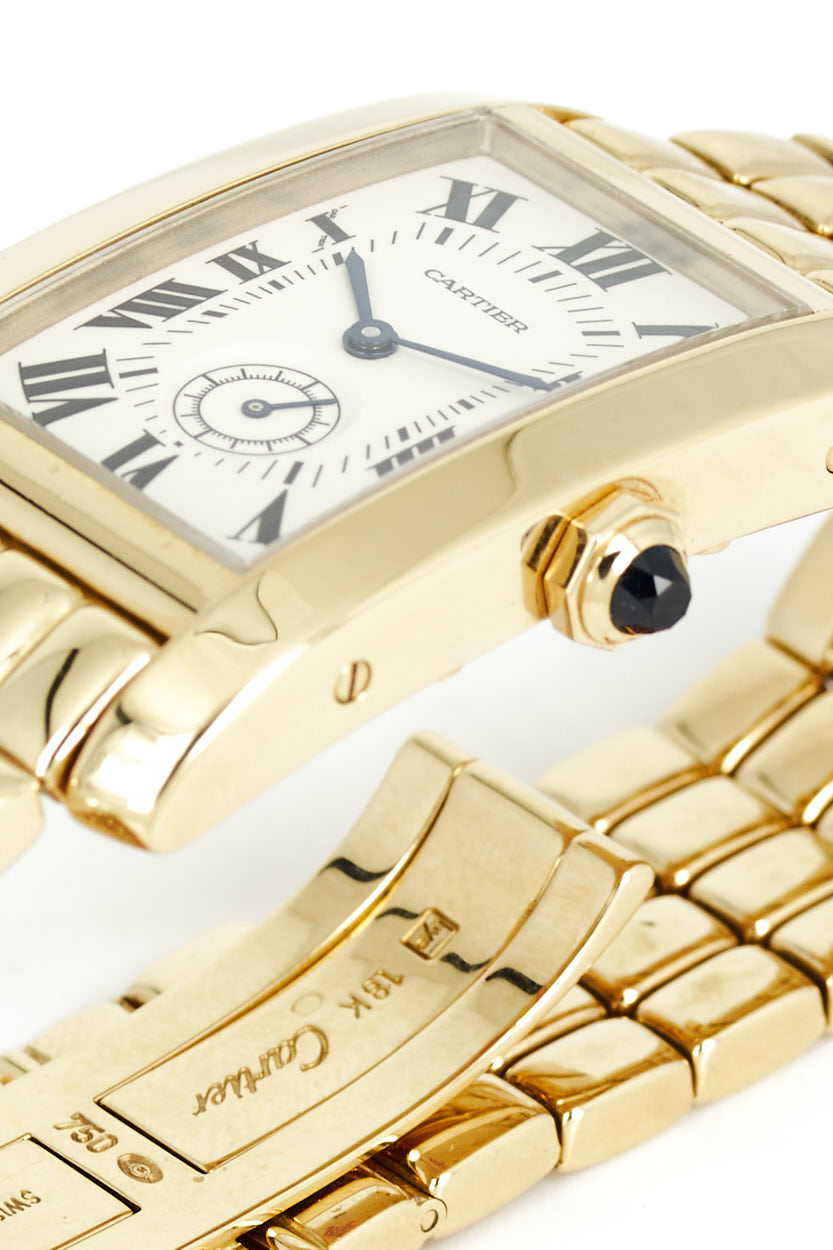 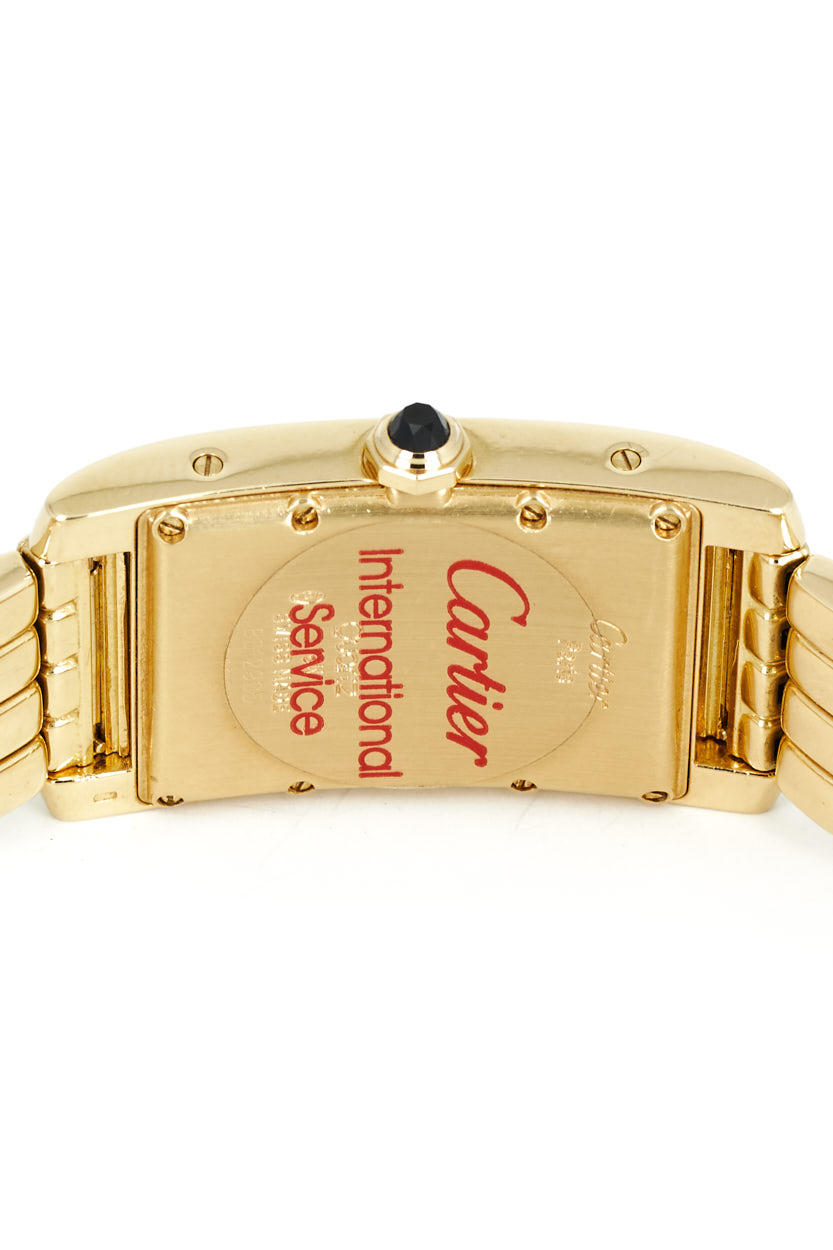 We are happy to introduce you to this beautiful Cartier Tank Americaine in 18k yellow gold.

The Cartier Tank needs no introduction. But this particular example is a little different from your typical Tank. For starters, it is the elongated and curved “Americaine” variant. But that is not all. It comes with several highly attractive details.

Have a look, for instance, at the crown. Rather than your typical cabochon Spinel, it is fitted with a faceted gem matching the “nut-style” crown perfectly. But your eye may have been drawn to something else first: the original 18k yellow gold bracelet that comes with this beautiful watch. It elevates the watch to new heights, from a wristwatch to a piece of jewelry. It is absolutely stunning!

This Tank Americaine comes fitted with a Quartz movement for careless wearing.