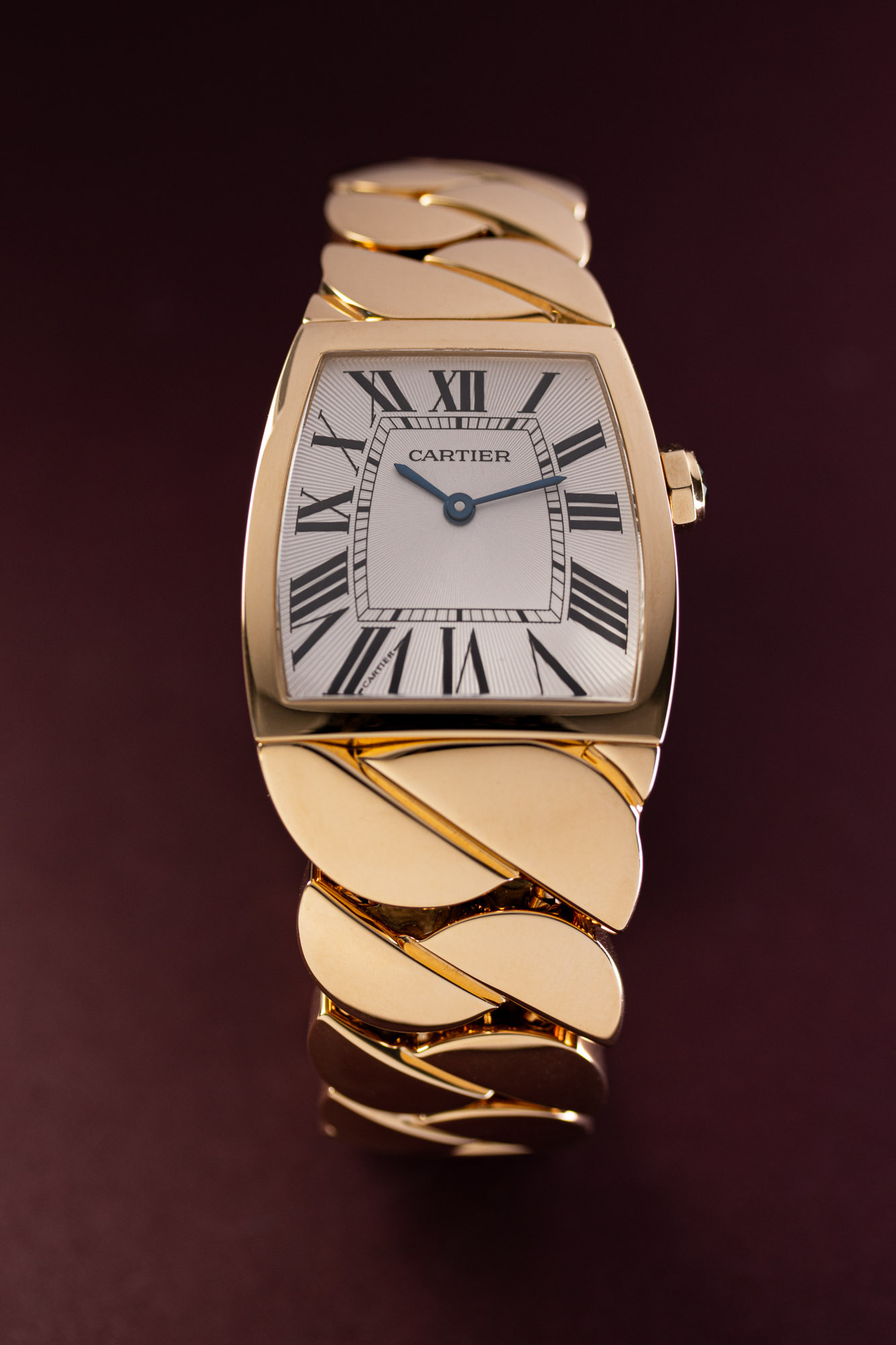 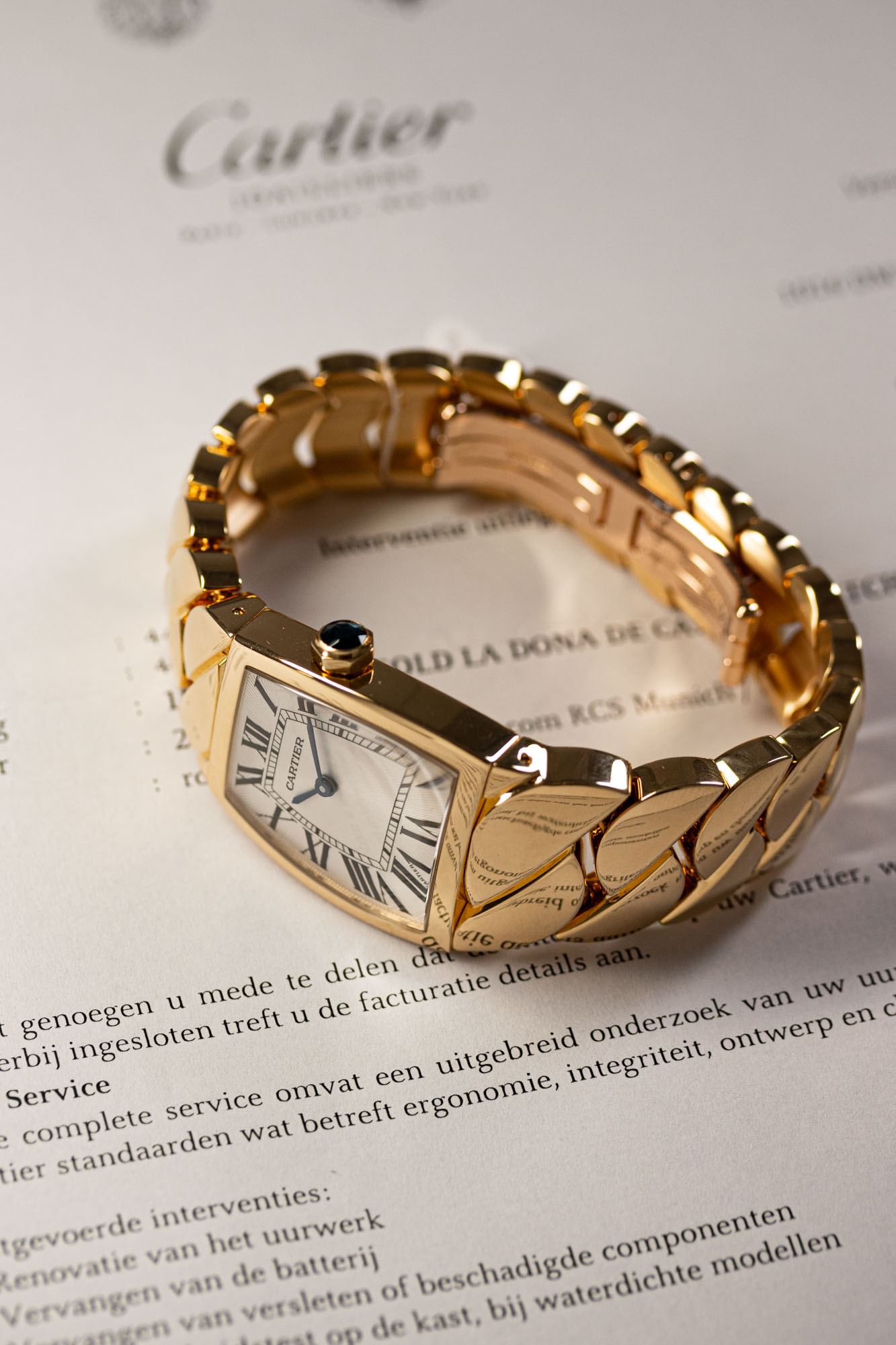 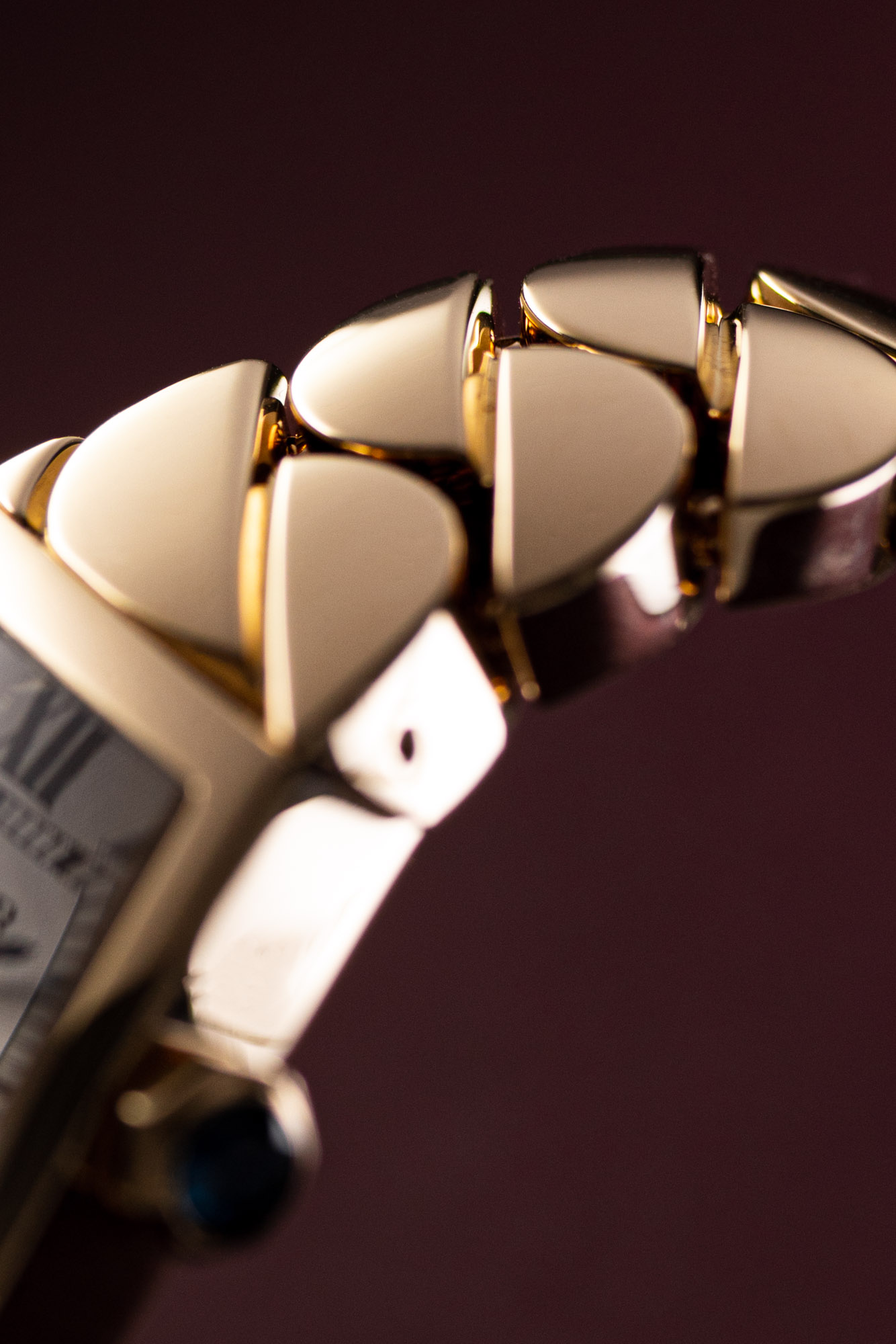 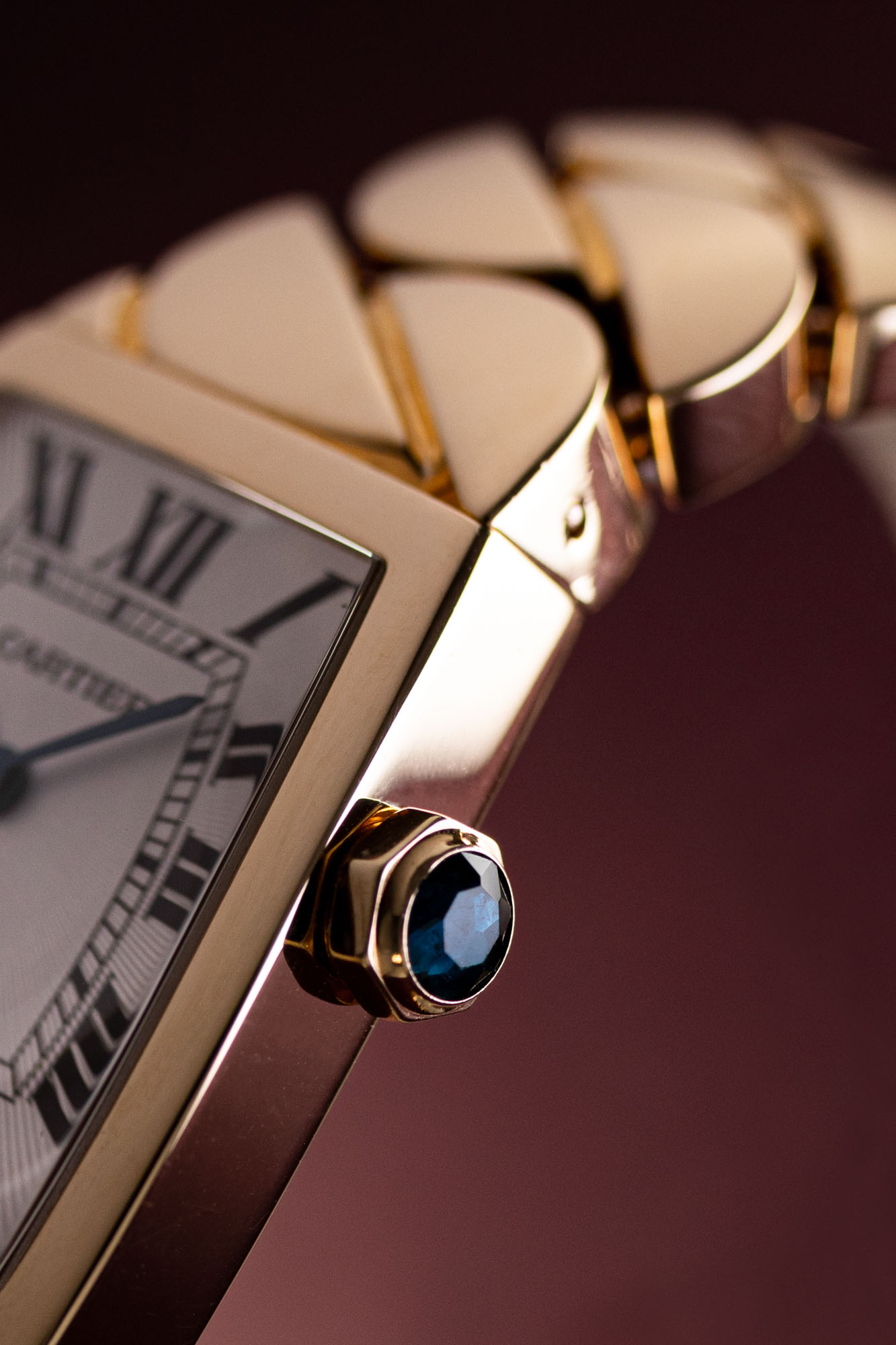 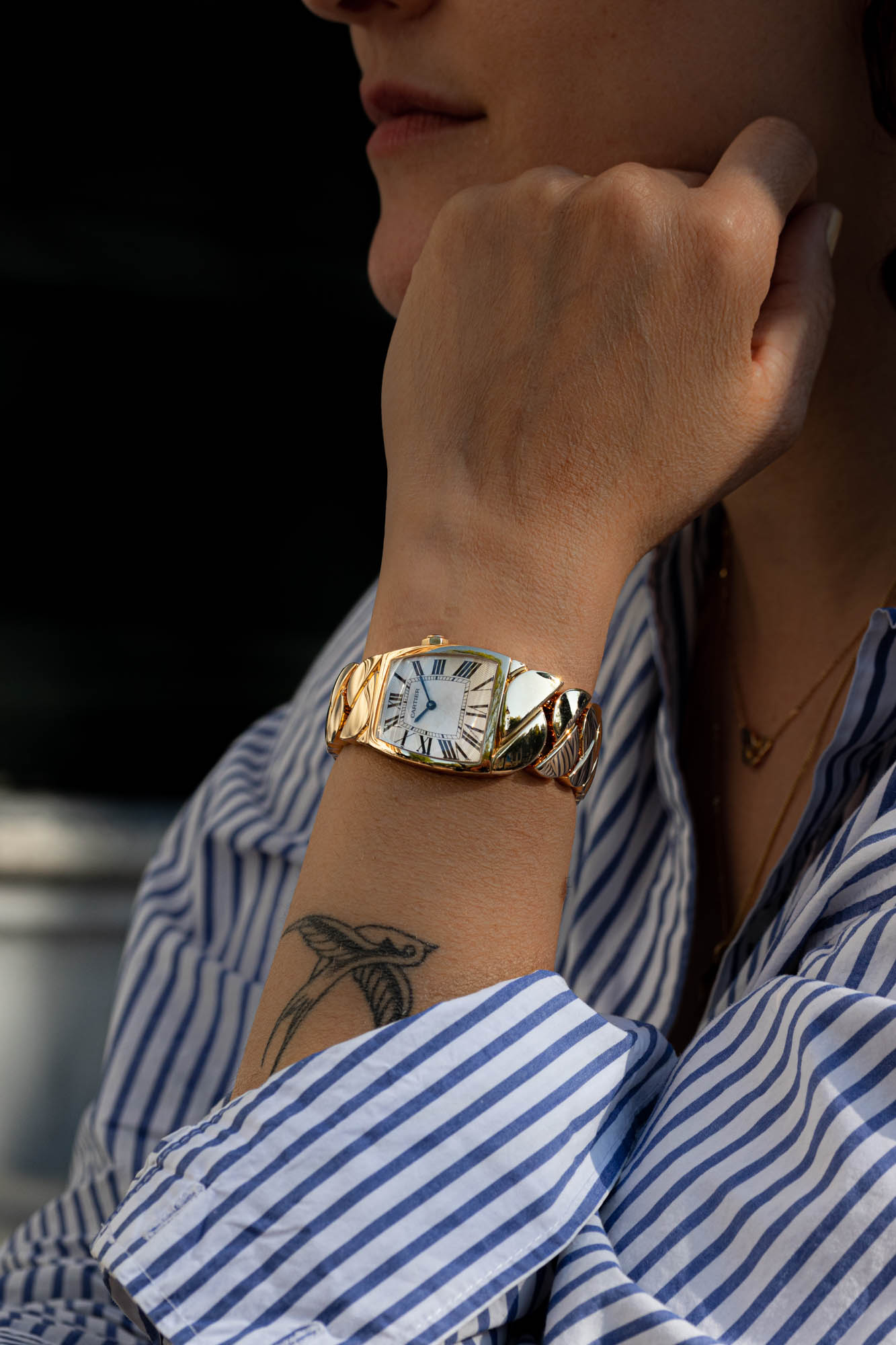 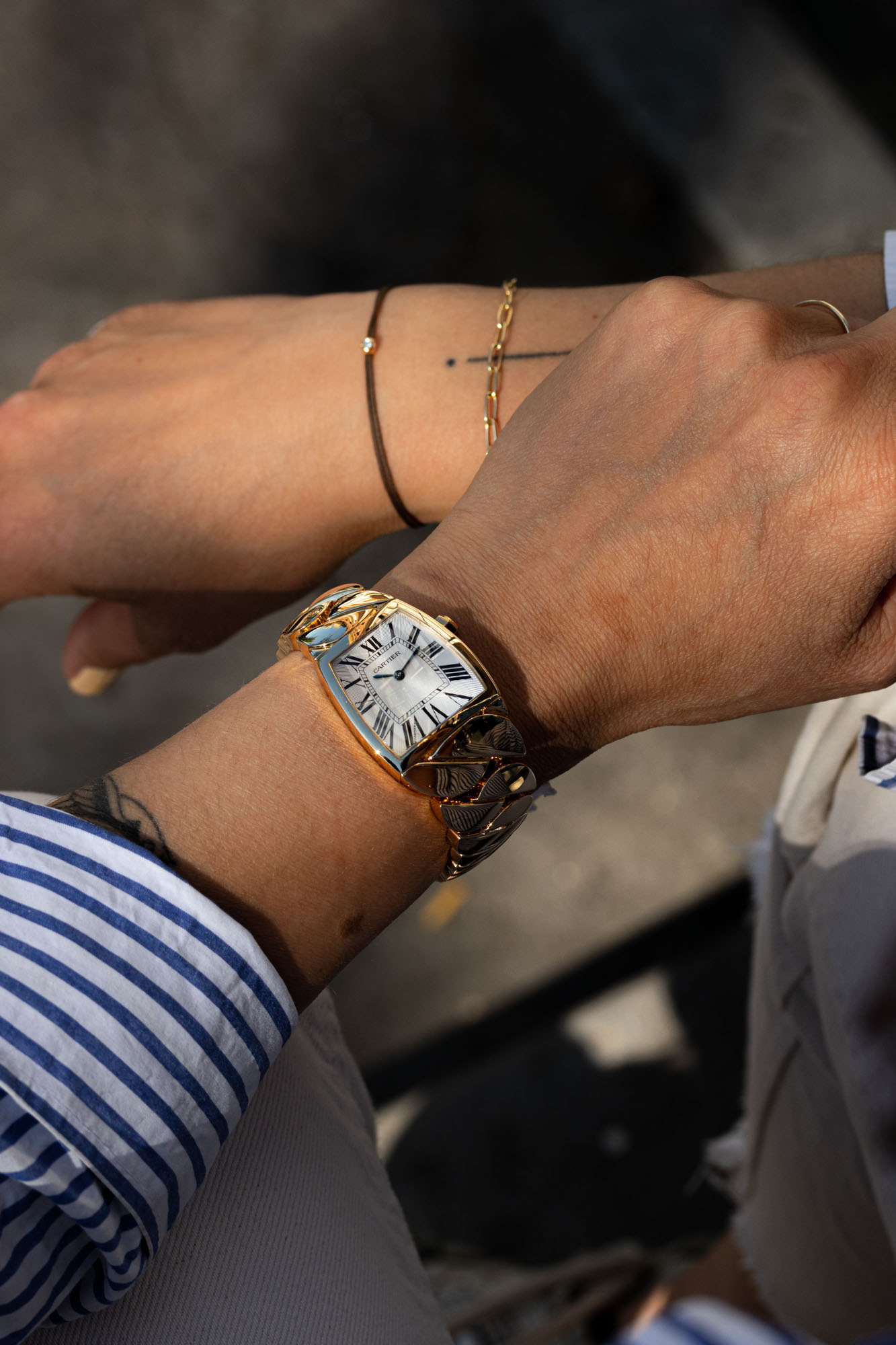 A statement from Cartier!

A crocodile was the inspiration for the designer, Maria’s favorite animal. If you take a closer look you recognize this powerful animal. The bracelet recalls the scale and the case is shaped after the profile of the crocodile. But the Cartier elements are there too, Roman numerals on a silver dial and the blue sapphire in the crown.

A chunky watch but with the elegance of a lady! It comes with fresh service papers from Cartier and original box.

Ladies this is the chance for you, if you are looking for a statement or just liking the finest things of life. Champagne is waiting for you, we have the best bar in town.:)