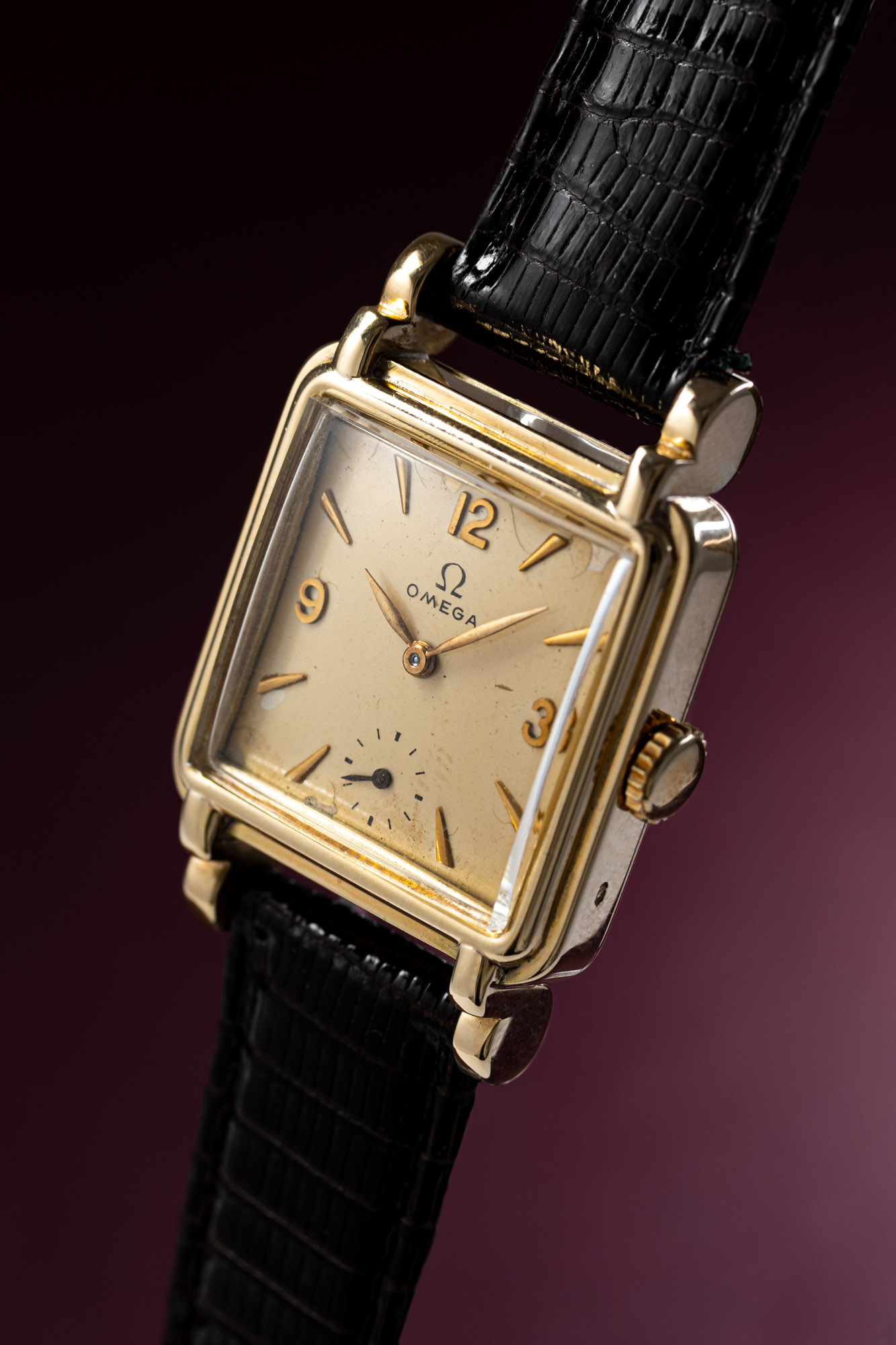 For the lady who loves vintage!

An elegantly decorated watch from the 1940s. Look at those fancy lugs, is it to die for?! This Omega square is for a lady who knows their stuff!