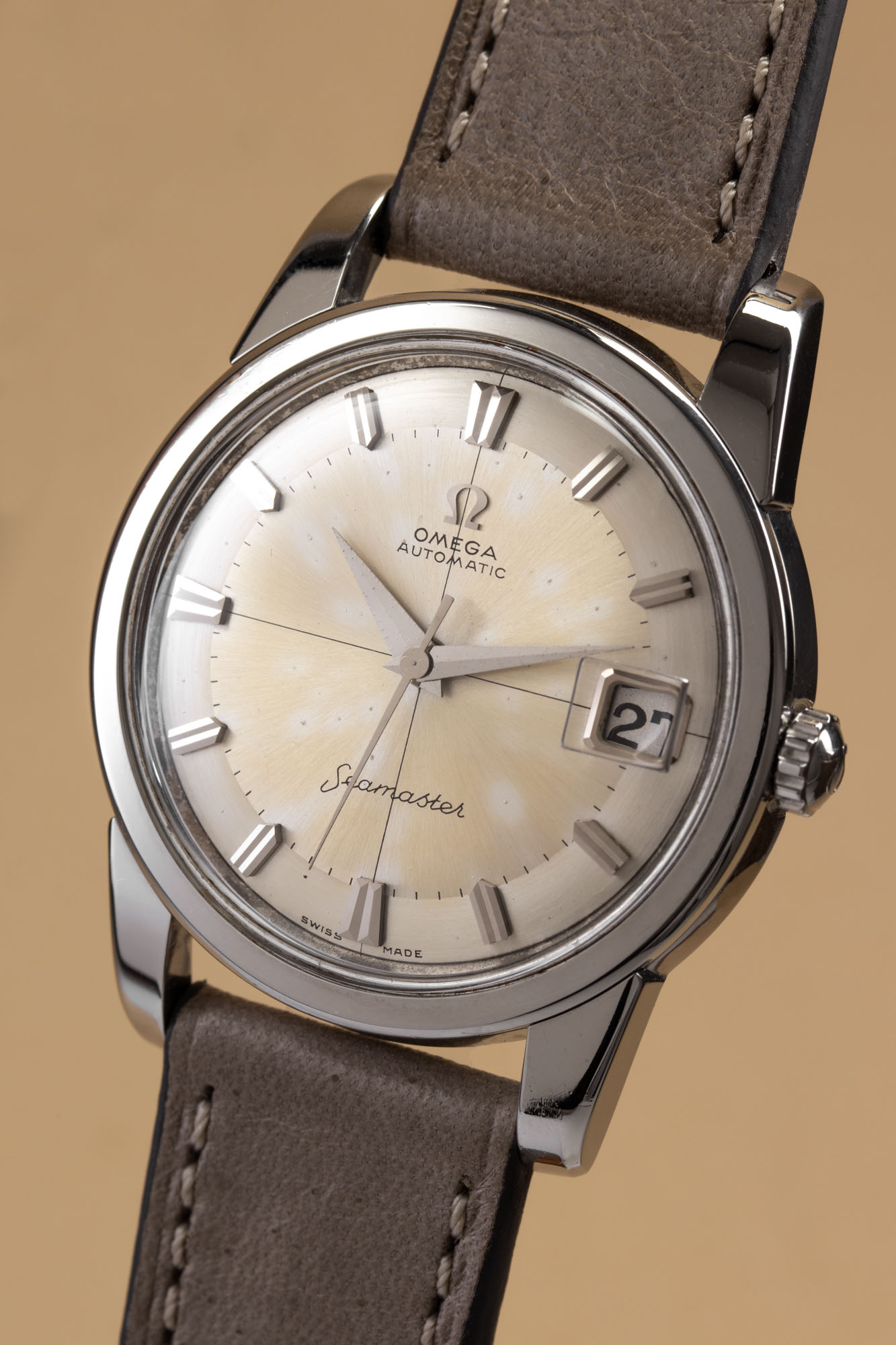 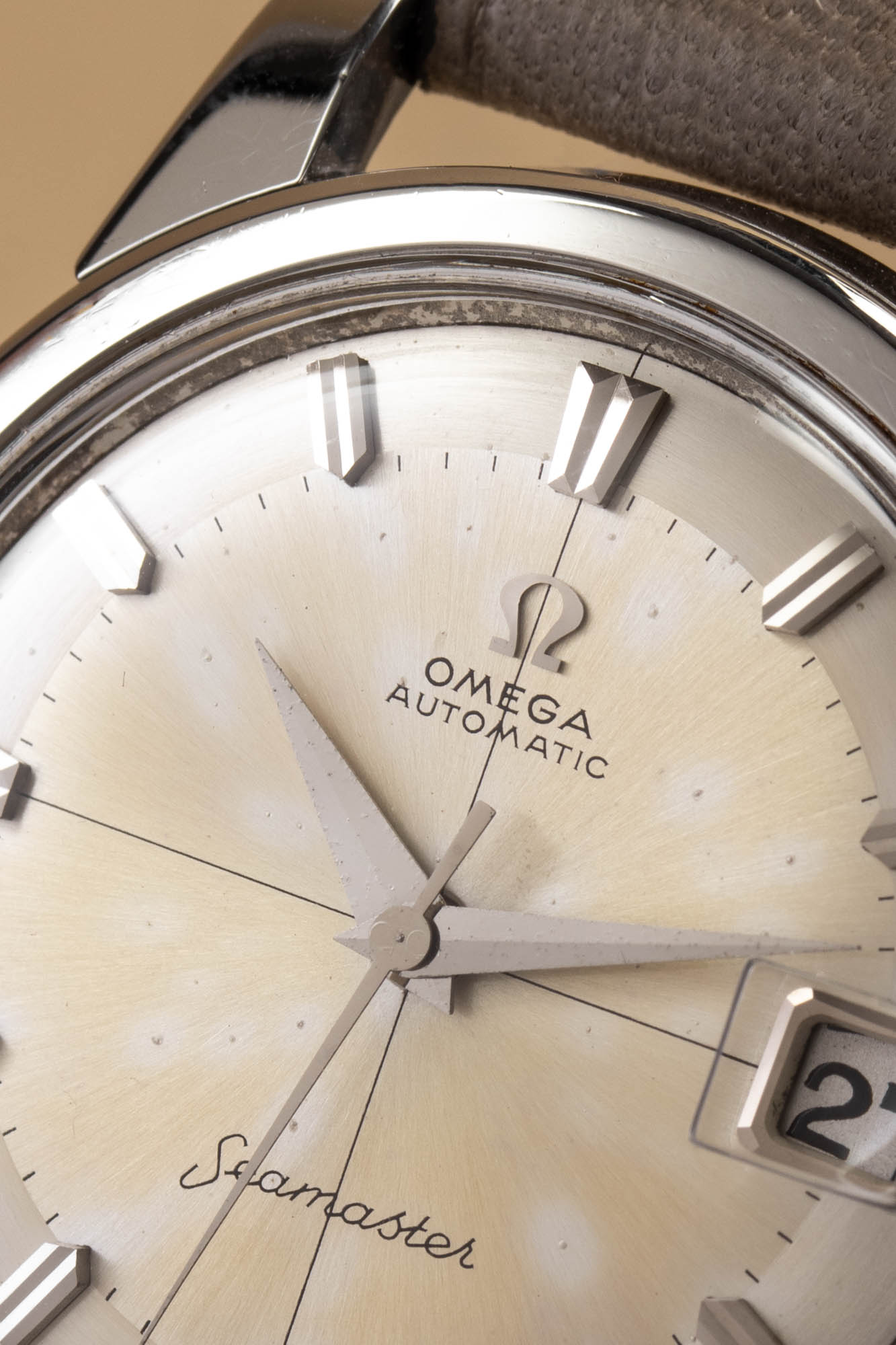 This Seamaster’s dial tells a story. Crosshair with applied logo and markers, with some patina. Love it!

Beyond the dial, this is a 34mm Seamaster from the early sixties, of which we are massive fans. They are beautiful, reliable, and come in tons of shapes and variations.