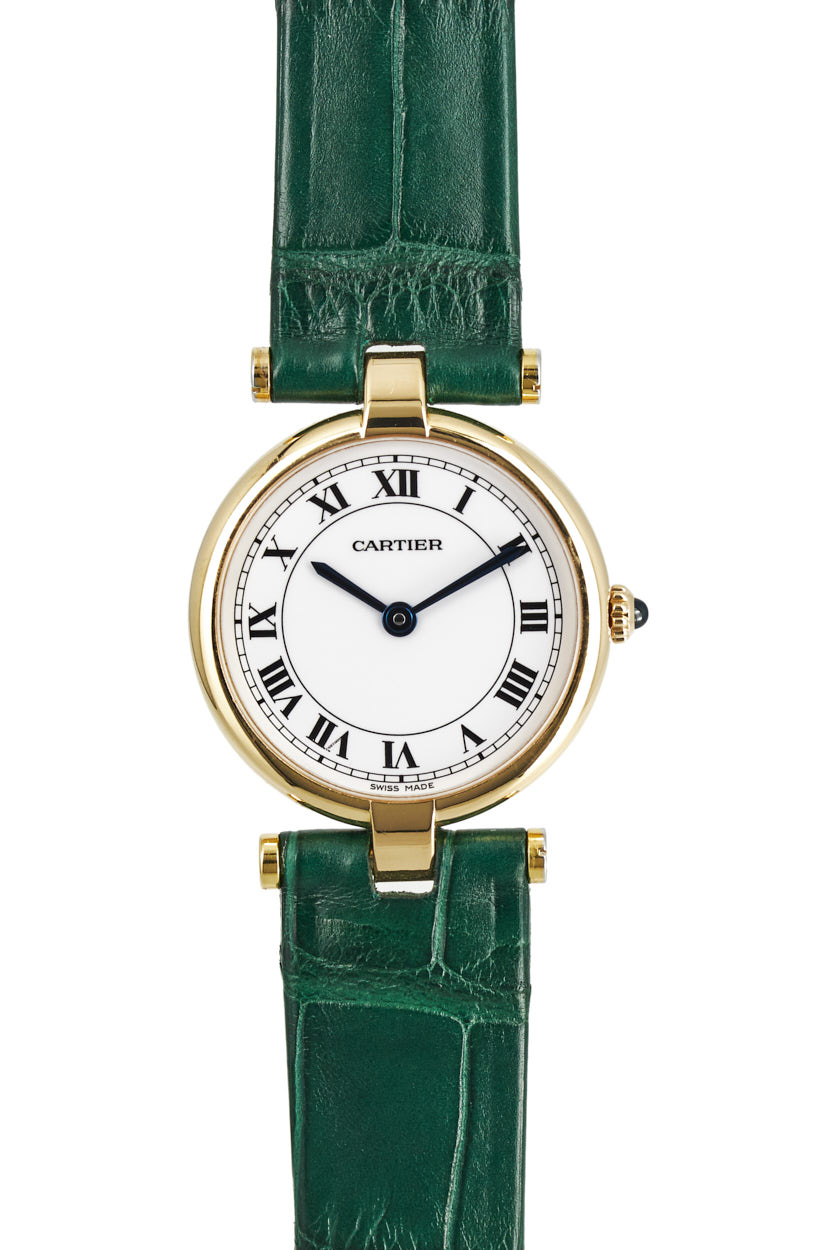 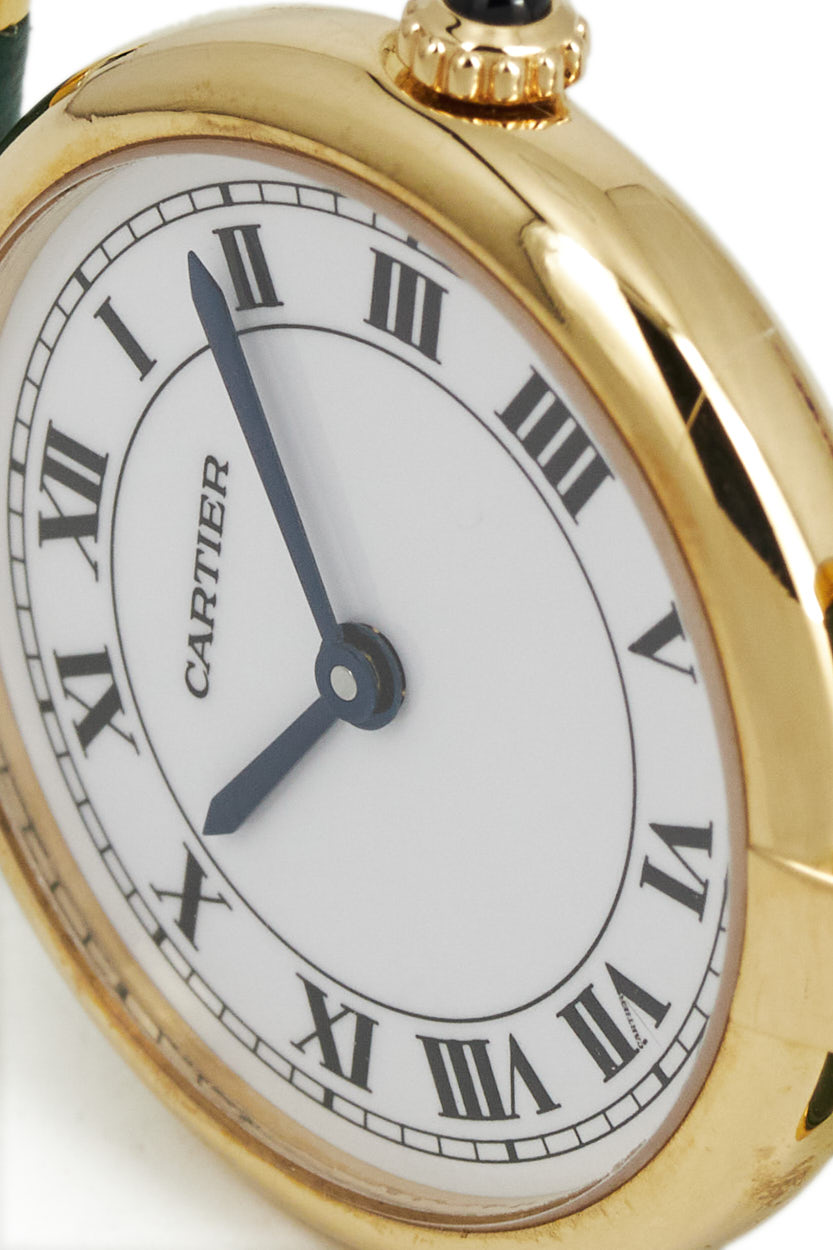 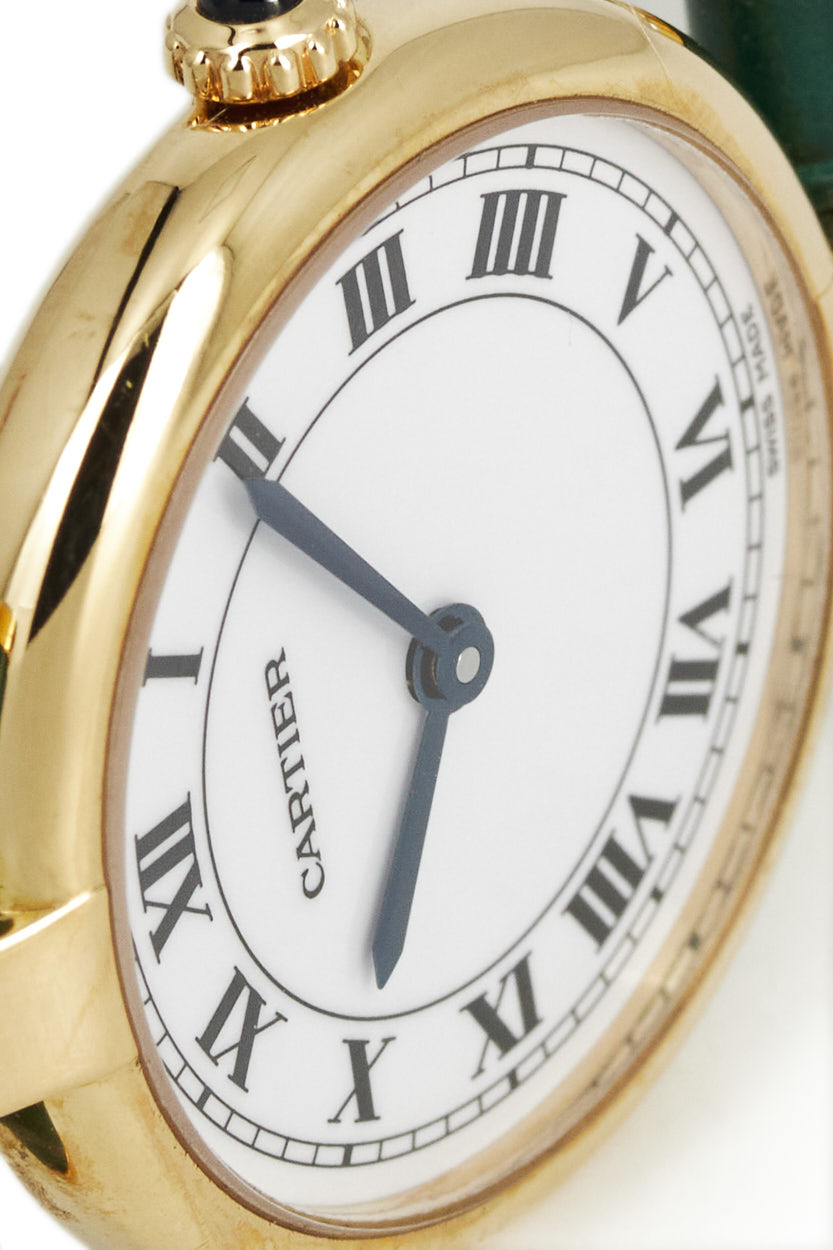 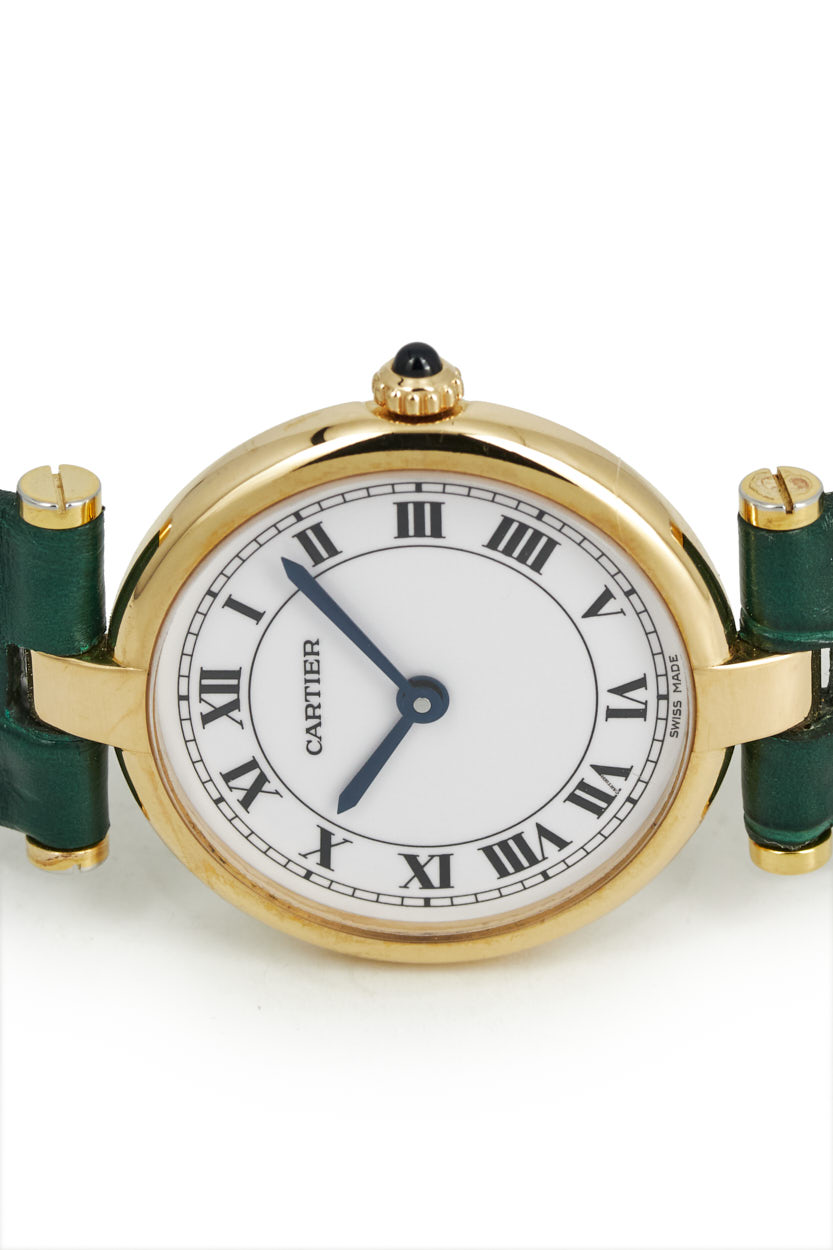 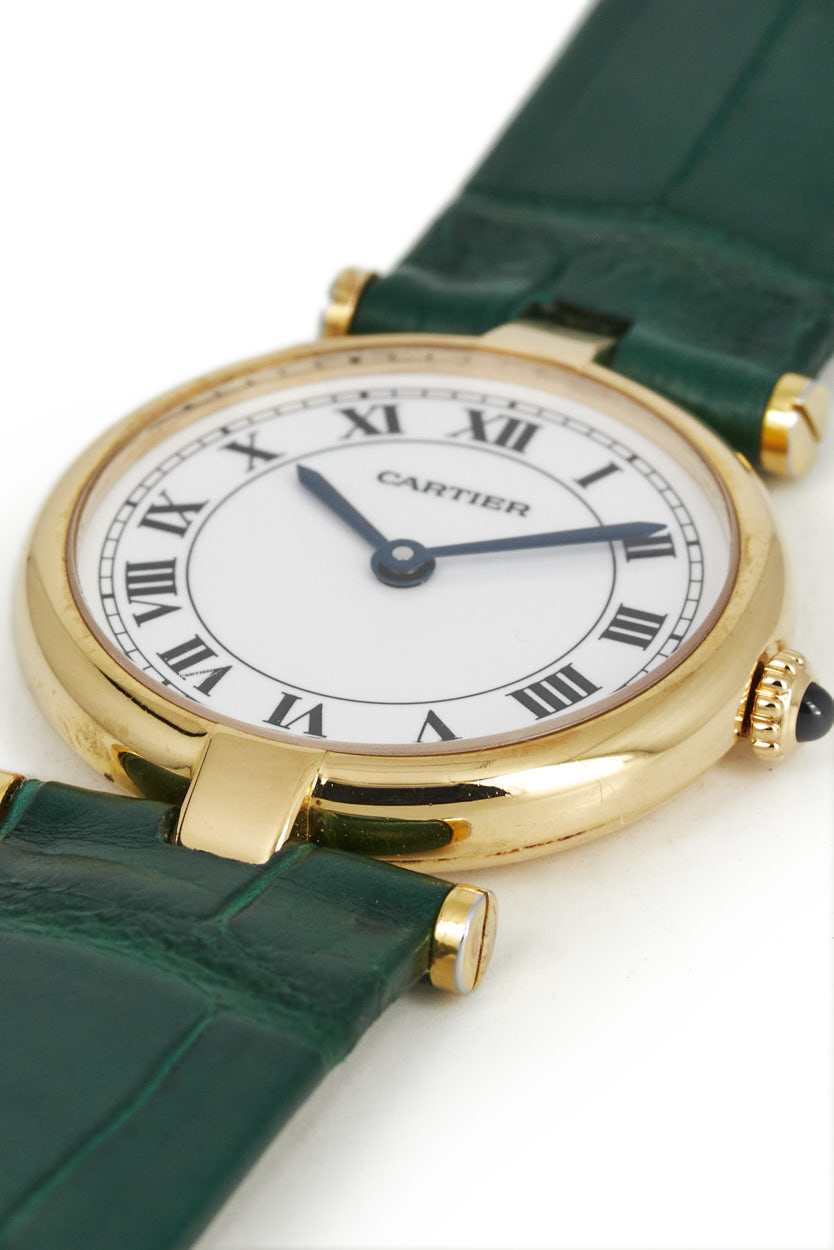 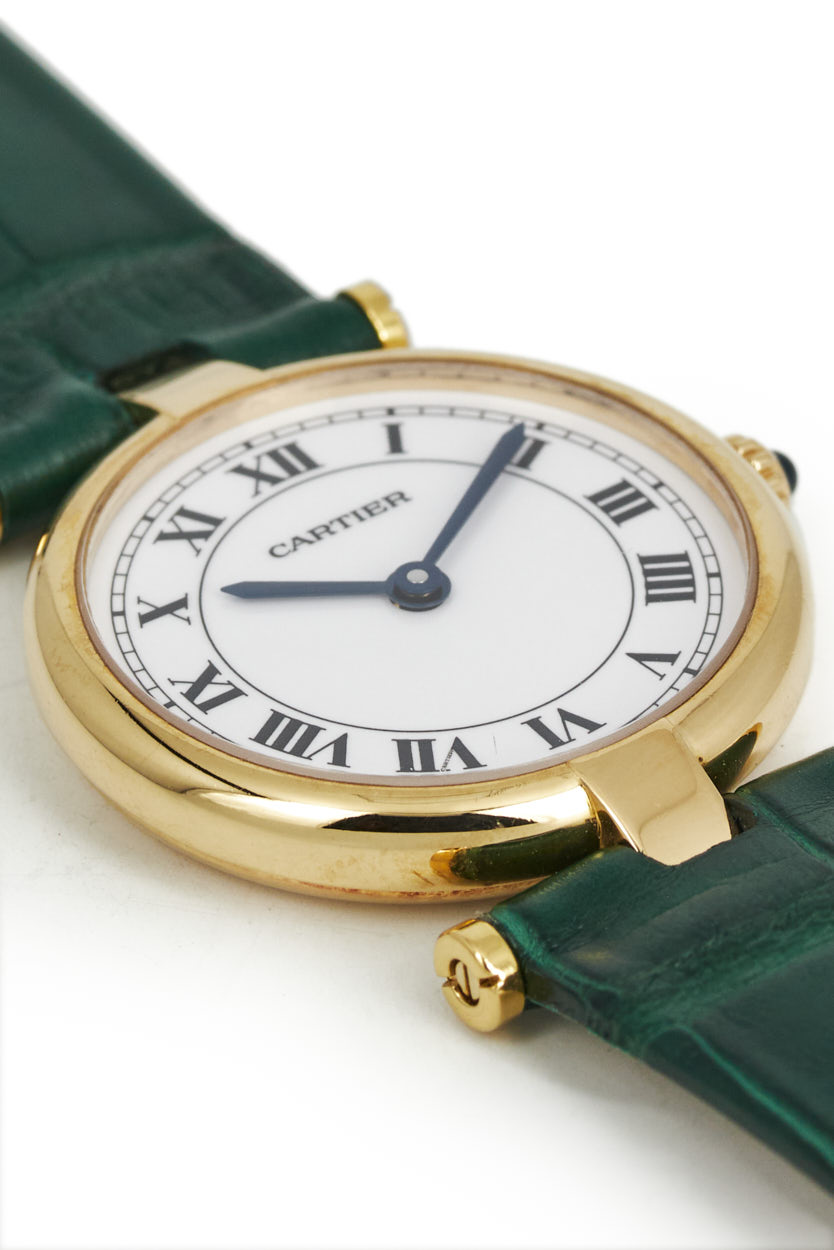 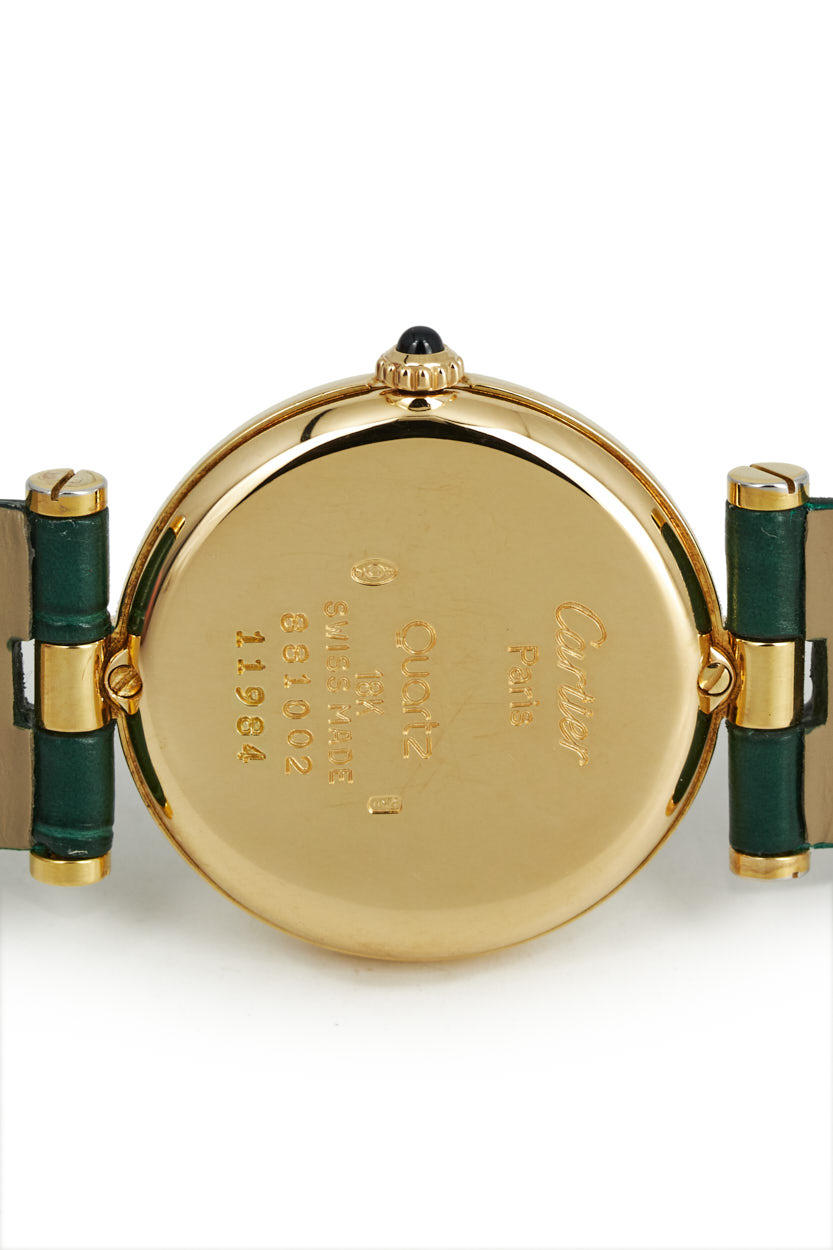 Have a look at this little gem by the iconic jewelry and watches house, Cartier.

This is the VLC, or Vendôme Louis Cartier, model in 18k yellow gold. A model that is characterized by its round case and single, central lugs providing some air between the case and the strap. A unique look, that is nonetheless 100% Cartier.

That might be a result of the archetypal Cartier ingredients such as the white dial with stark black Roman numerals, heat-blued hands, and blue spinel cabochon in the crown. It is such an iconic, recognizable formula that is desired and sought-after all over the world.

This specimen is executed in full gold, with a gold-plated original buckle. The watch is driven by a quartz caliber, for worry-free daily wearing. Come and try it on at Reestraat 3 in Amsterdam.