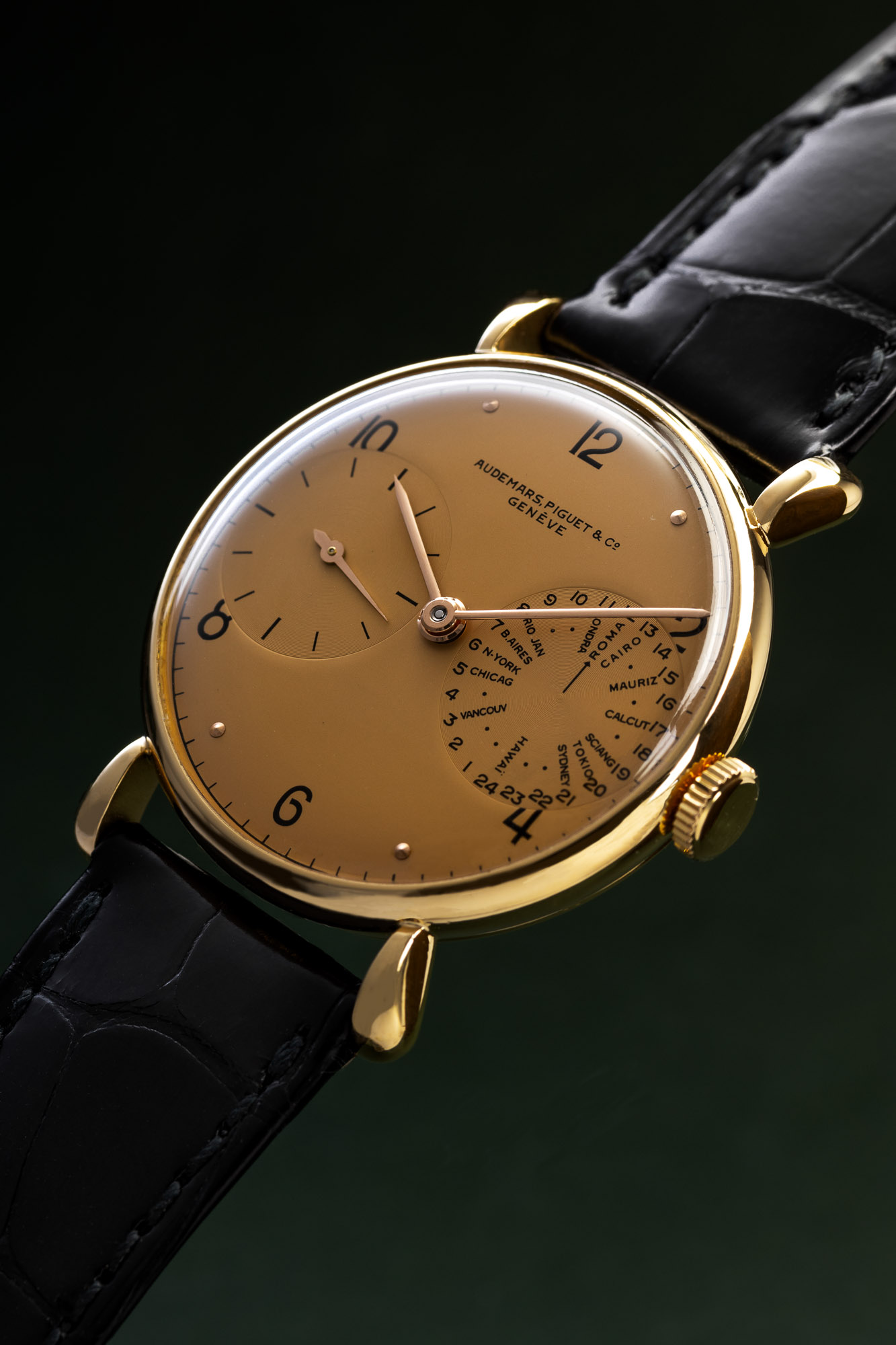 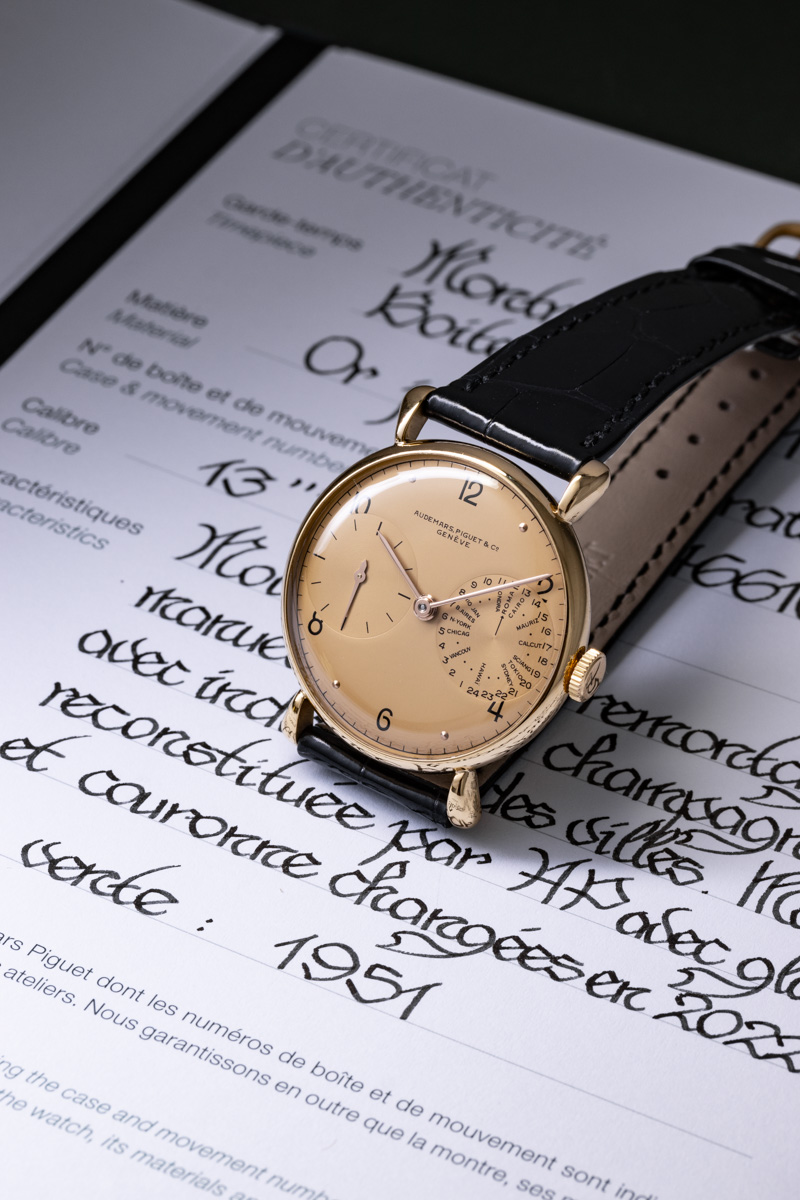 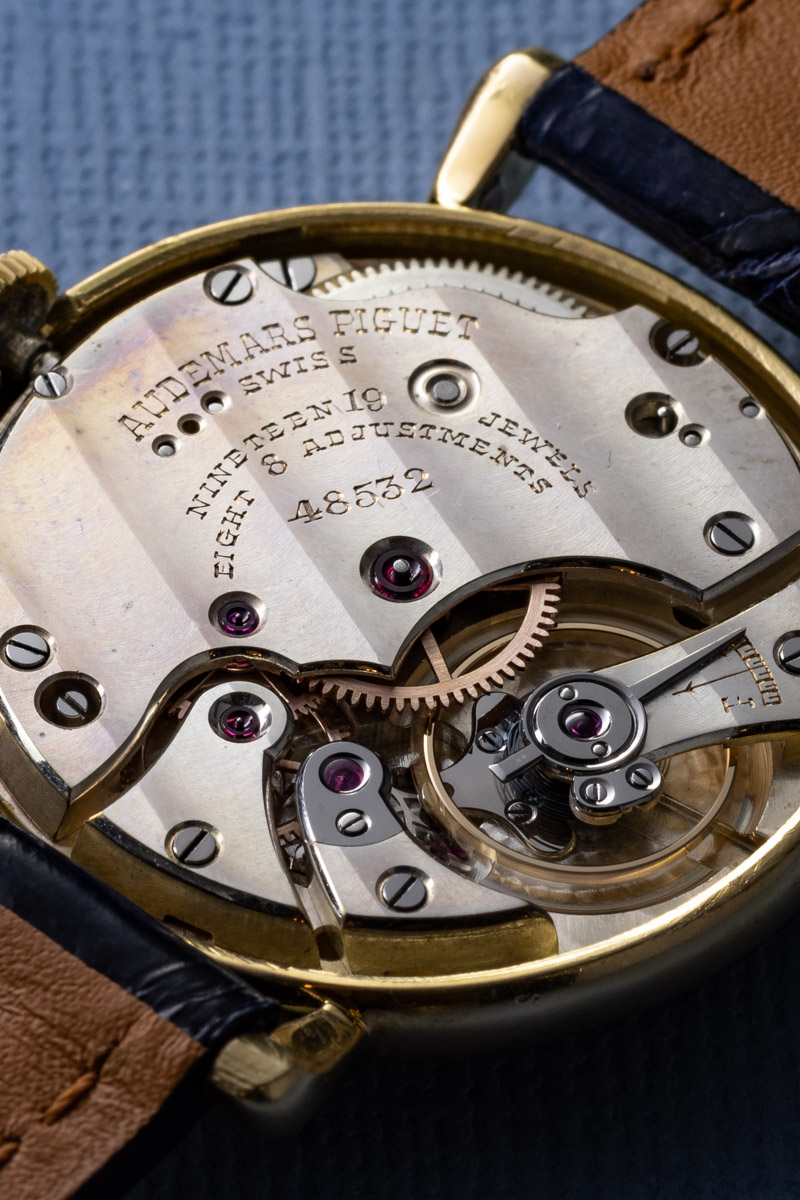 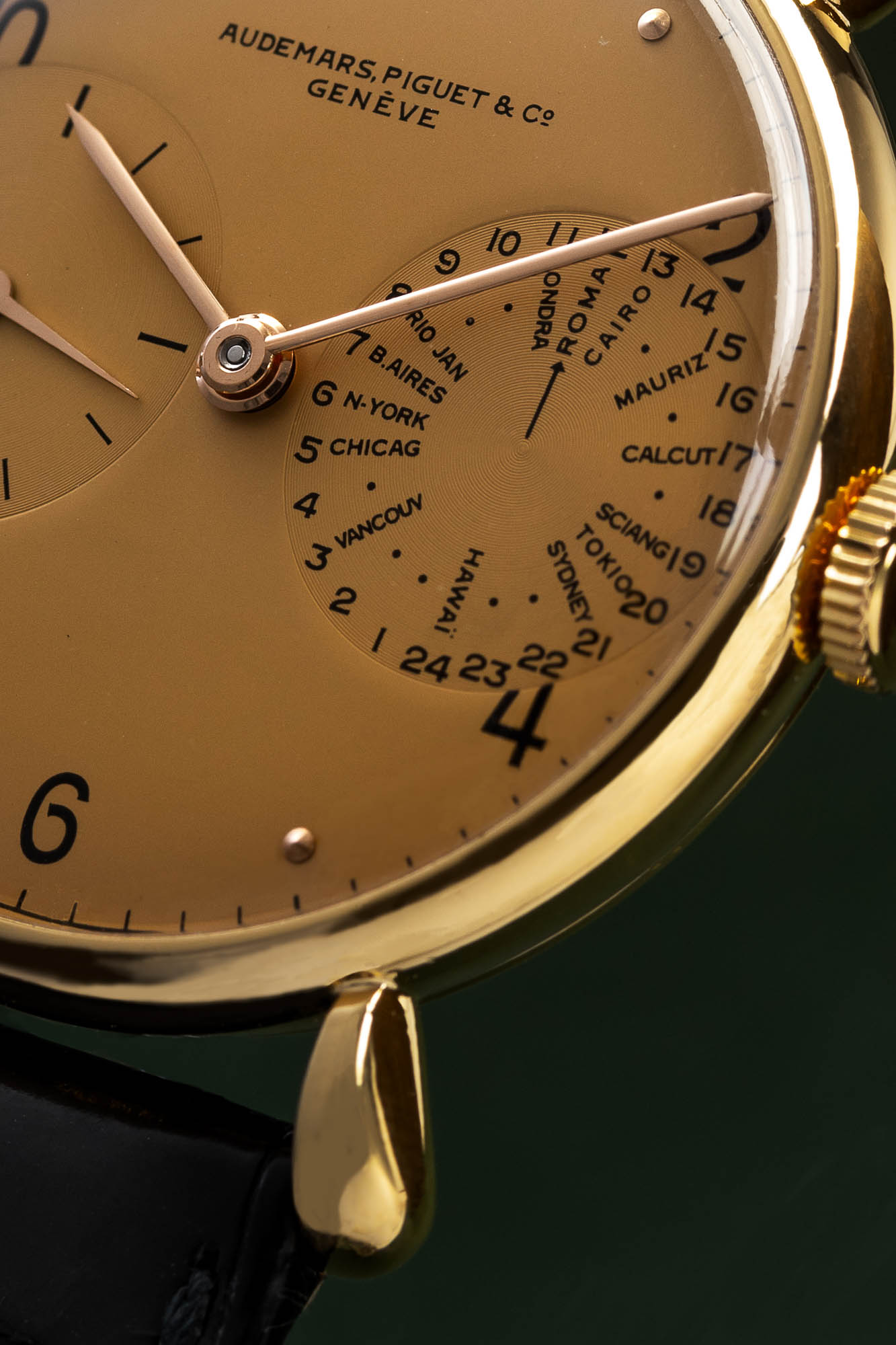 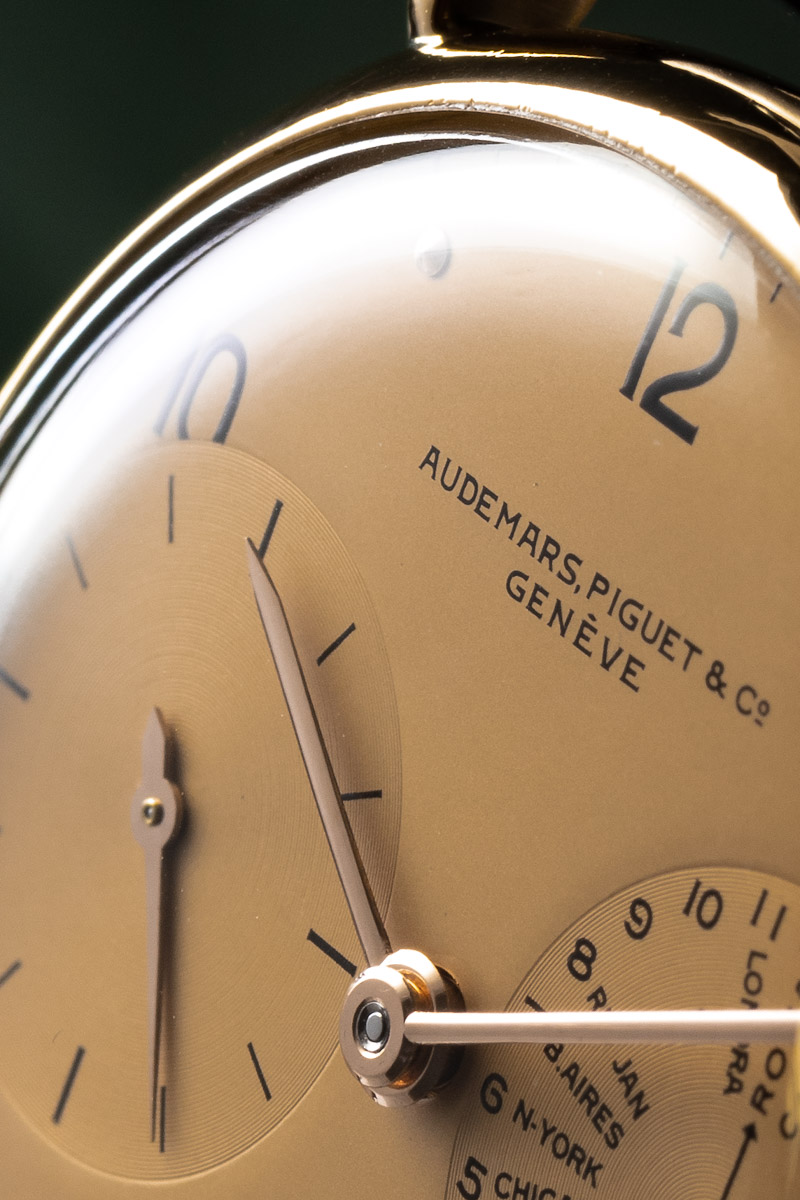 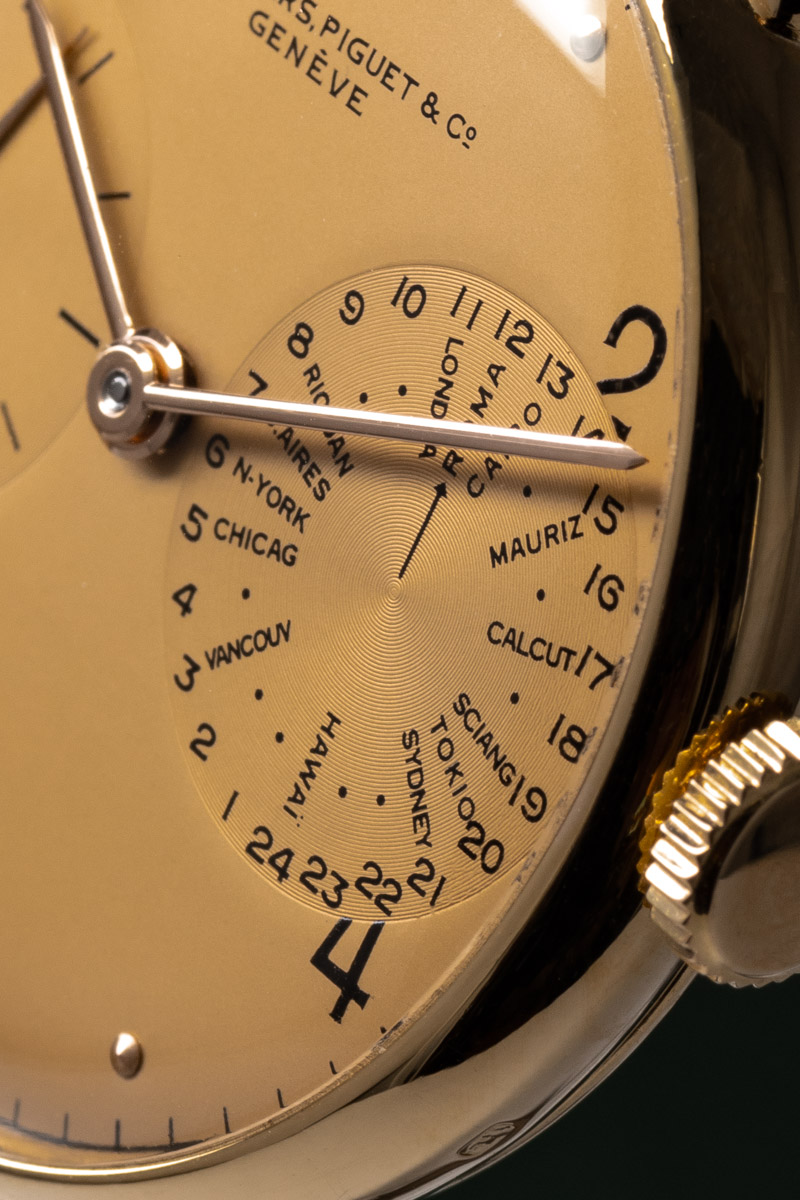 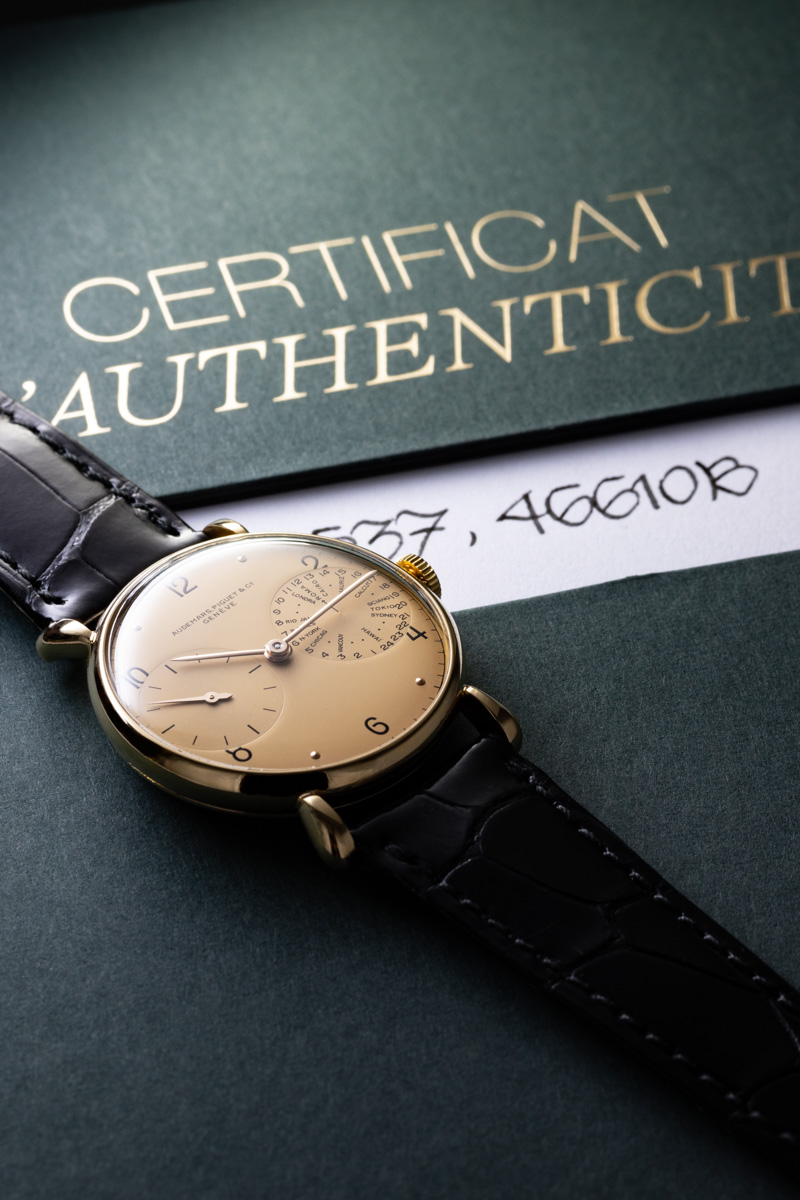 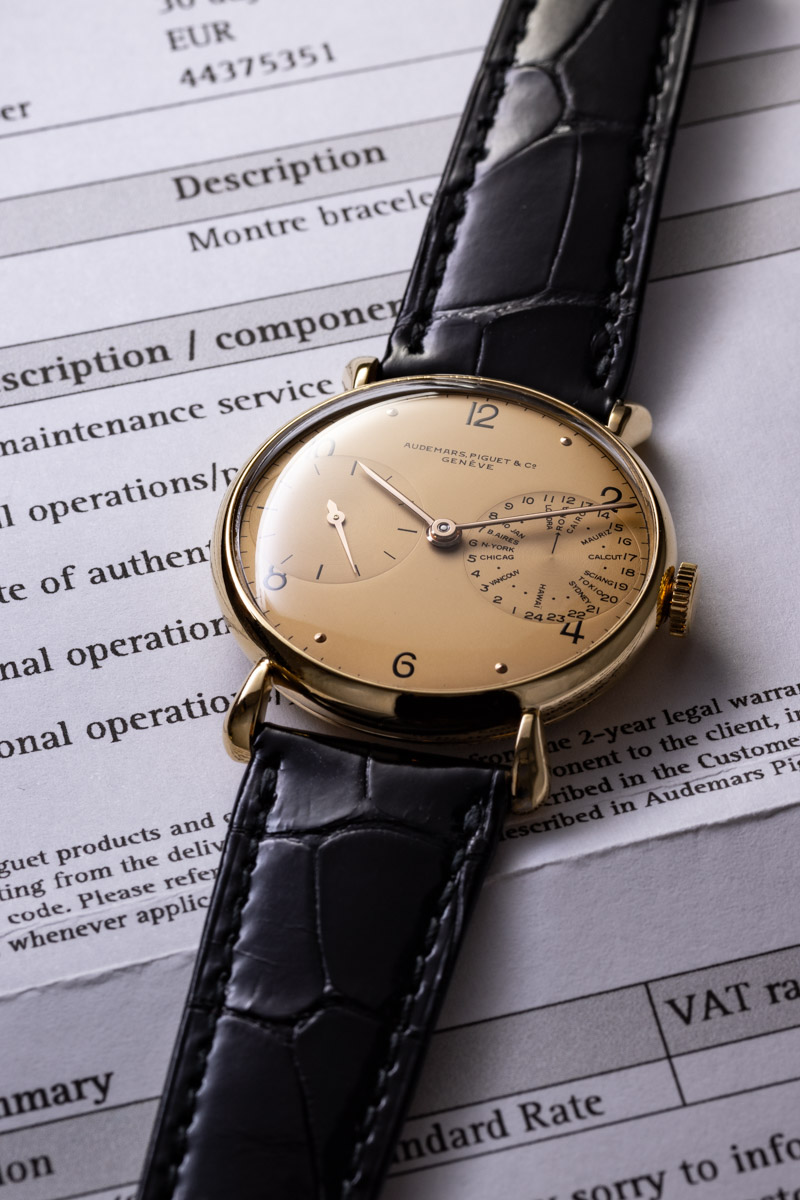 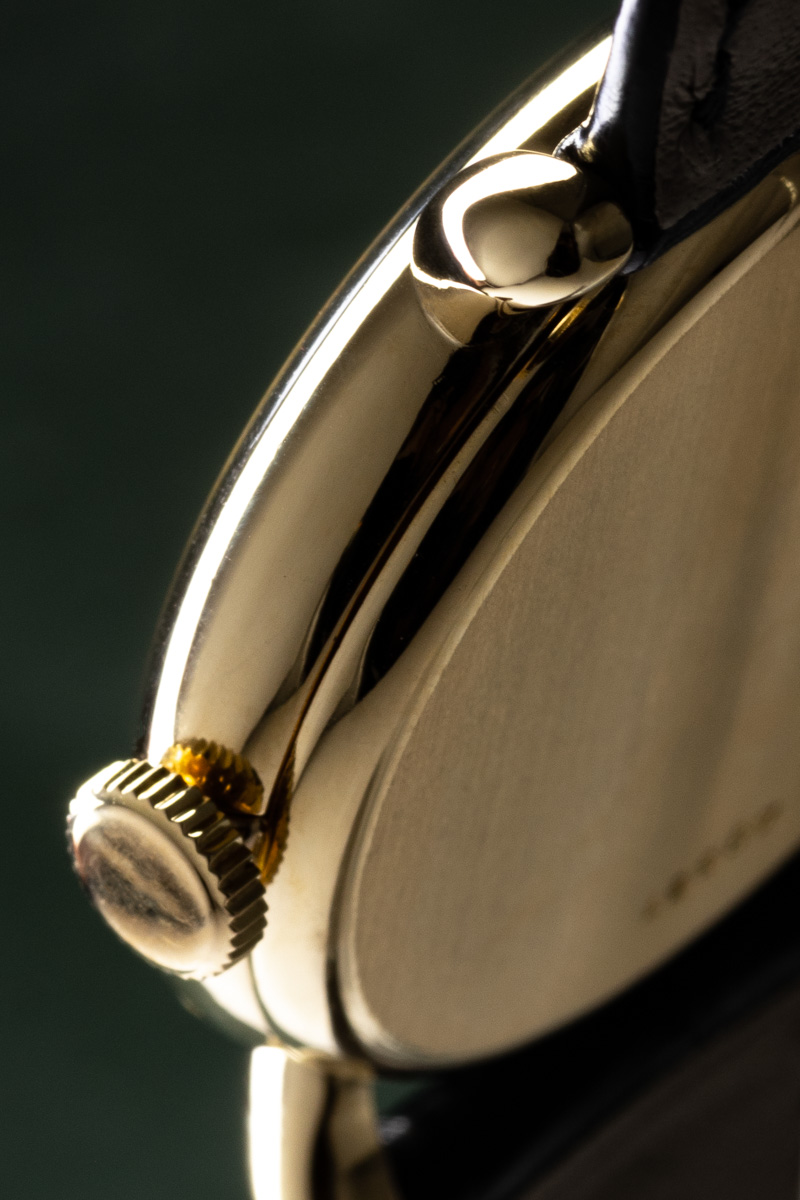 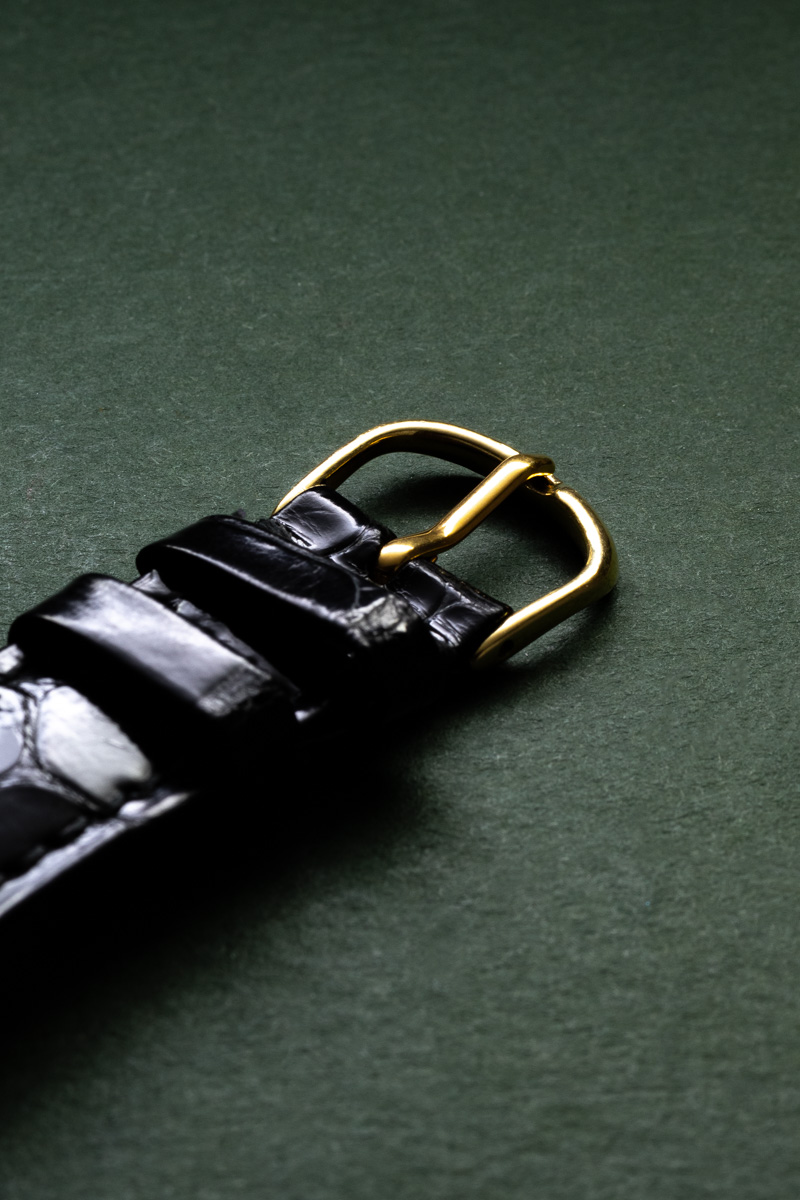 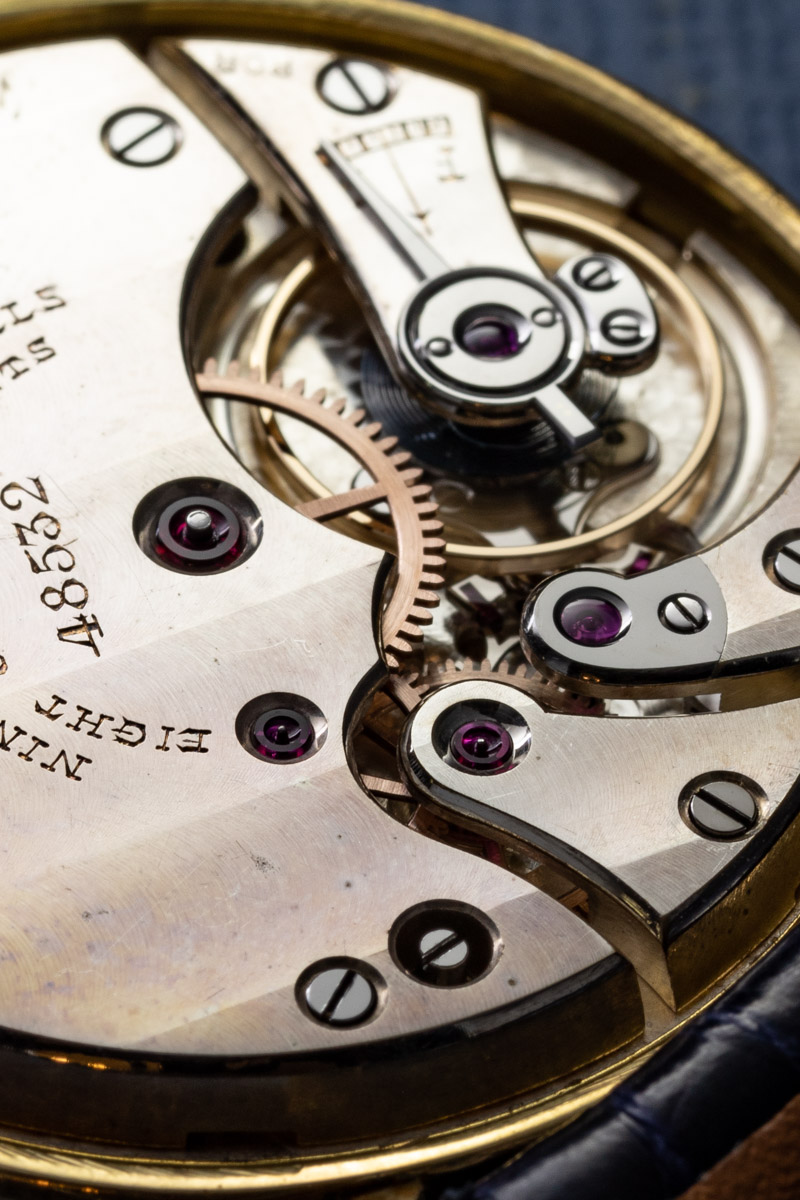 We did some digging through the history of the brand, trying to acquire relevant information about the World Timer we are speaking off. The watch dating back to 1951 and featuring a world-timer complication was very uncommon, with commercial air travel being only accessible to a very select group of people. Then it clicked, we argue that this watch was a very limited order delivered to different markets. If you have a very keen eye, you might have noticed that the time-zone subdial does not feature a hand of any kind. This was not necessary, the way it works is actually relatively simple for the person who possesses basic mental arithmetic. The arrow facing upward to Rome implies that the before-mentioned order was most likely allocated to the Mid-European time-zone (GMT+2) market, and is in this case specifically in Italy.

This particular watch is provided with an extremely rare VZ movement. The VZ movement line of Audemars Piguet is related to the, known by enthusiasts, Valjoux 23/72. However, there is an important difference between the two. The Valjoux 23s were being used by some different watchmakers simultaneously. Whereas the VZ series were purchased from Valjoux by Audemars Piguet, making this lineage of movements exclusive to Audemars Piguet.

This kind of purchase was rather uncommon as Audemars Piguet made a “movement blank” purchase, meaning that the blank was made up of all the structural elements of the movement and only primary machine work was finalized. This is in contrast to the more common way, purchasing as an ebauche, which essentially is a ready-made movement from which a watch can be instantly built. Because of the ‘’movement blank” purchase, Audemars Piguet was able to construct the movement to an incredibly high standard.

Did we get you curious about the complete story of this rare Audemars Piguet, which comes with the original box, 2022 service papers, and a ‘certificate d’authenticite’ from Audemars Piquet, is executed in a 33mm 18k gold case and even comes with the original buckle? It will be shown at the PAN Amsterdam art and design fair, from 20-27 November. Give us a visit and be surprised by our extremely fine curated collection of wristwatches. For now, you can read the full blog story on this watch here.