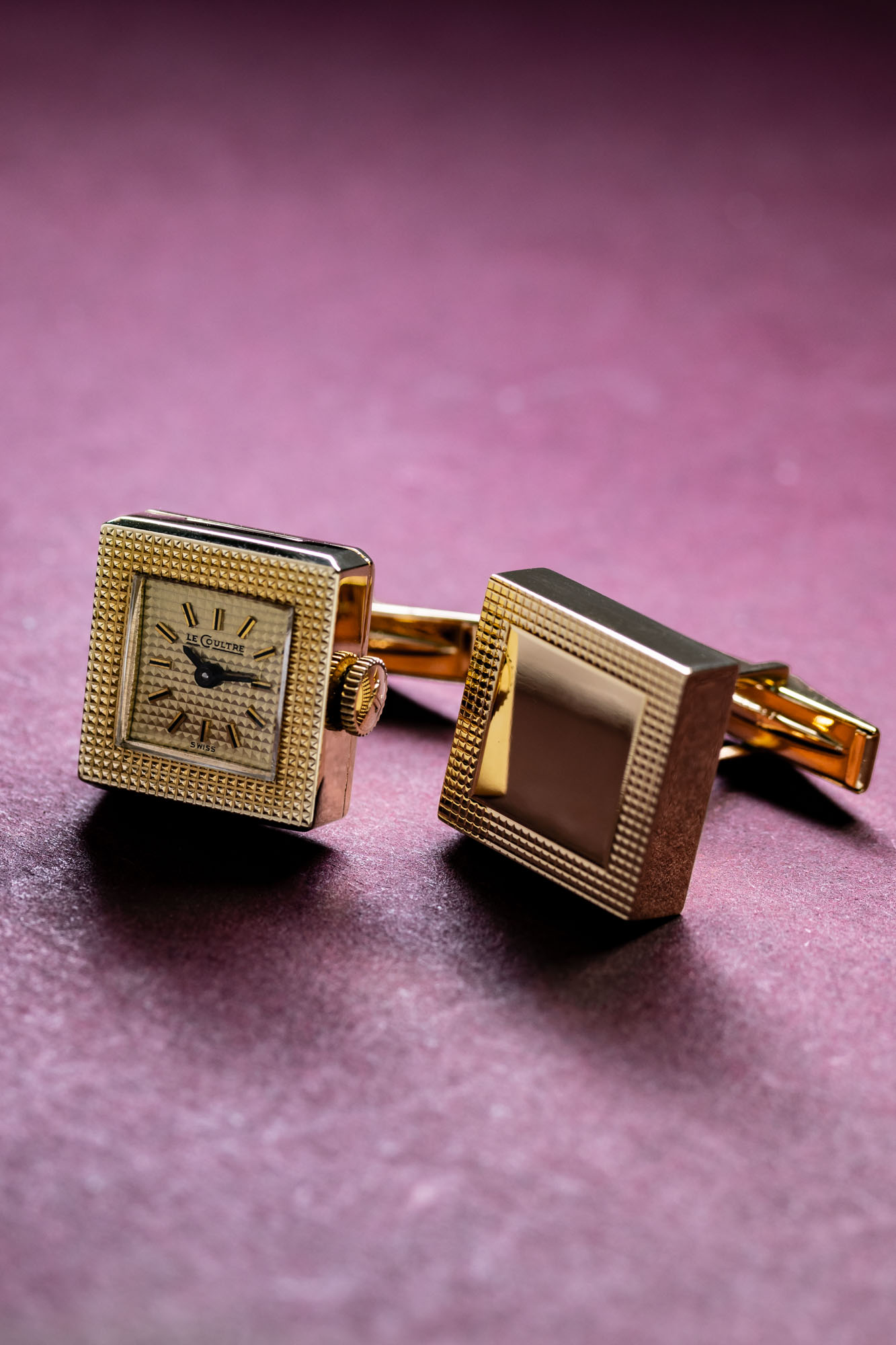 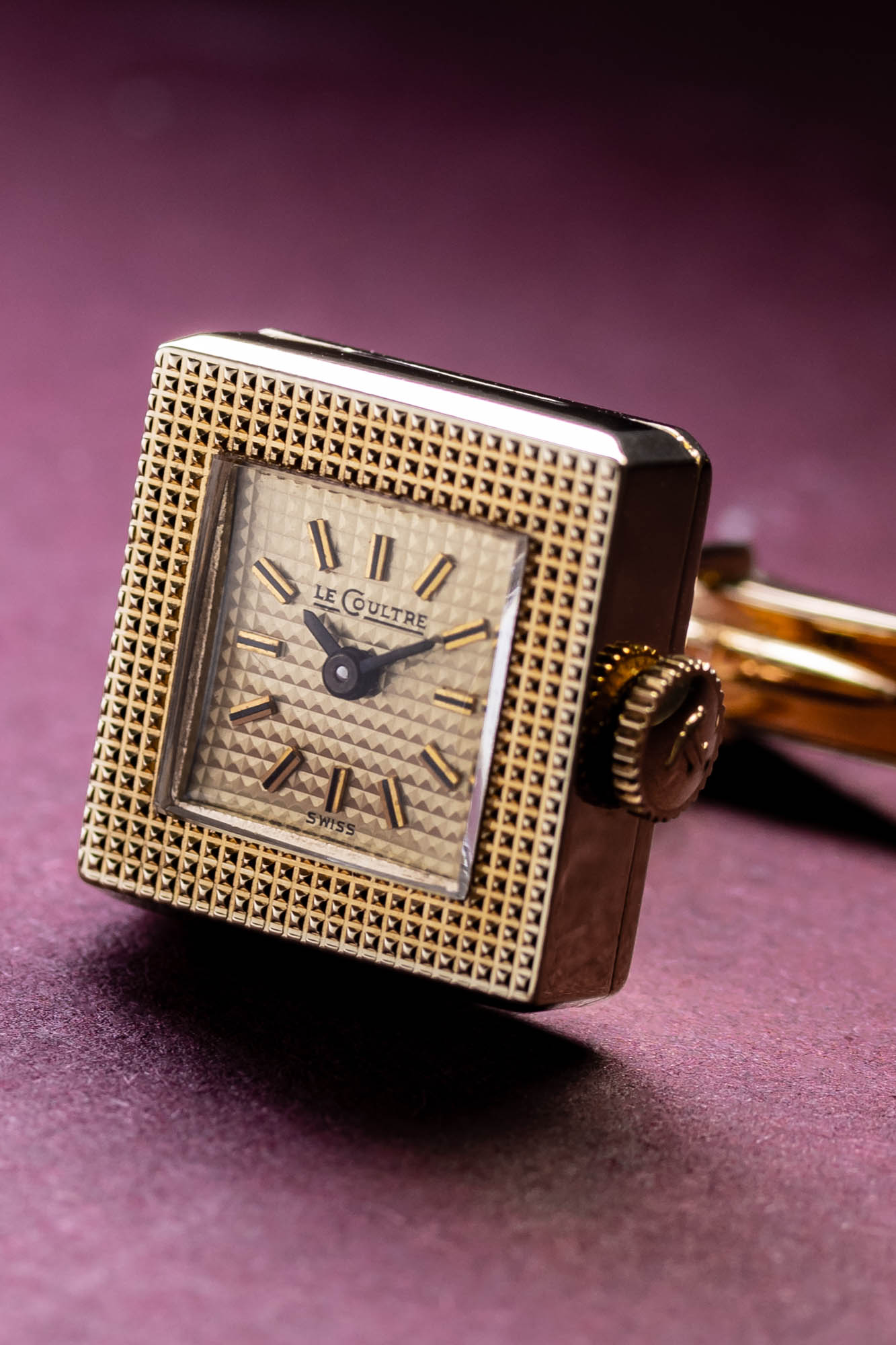 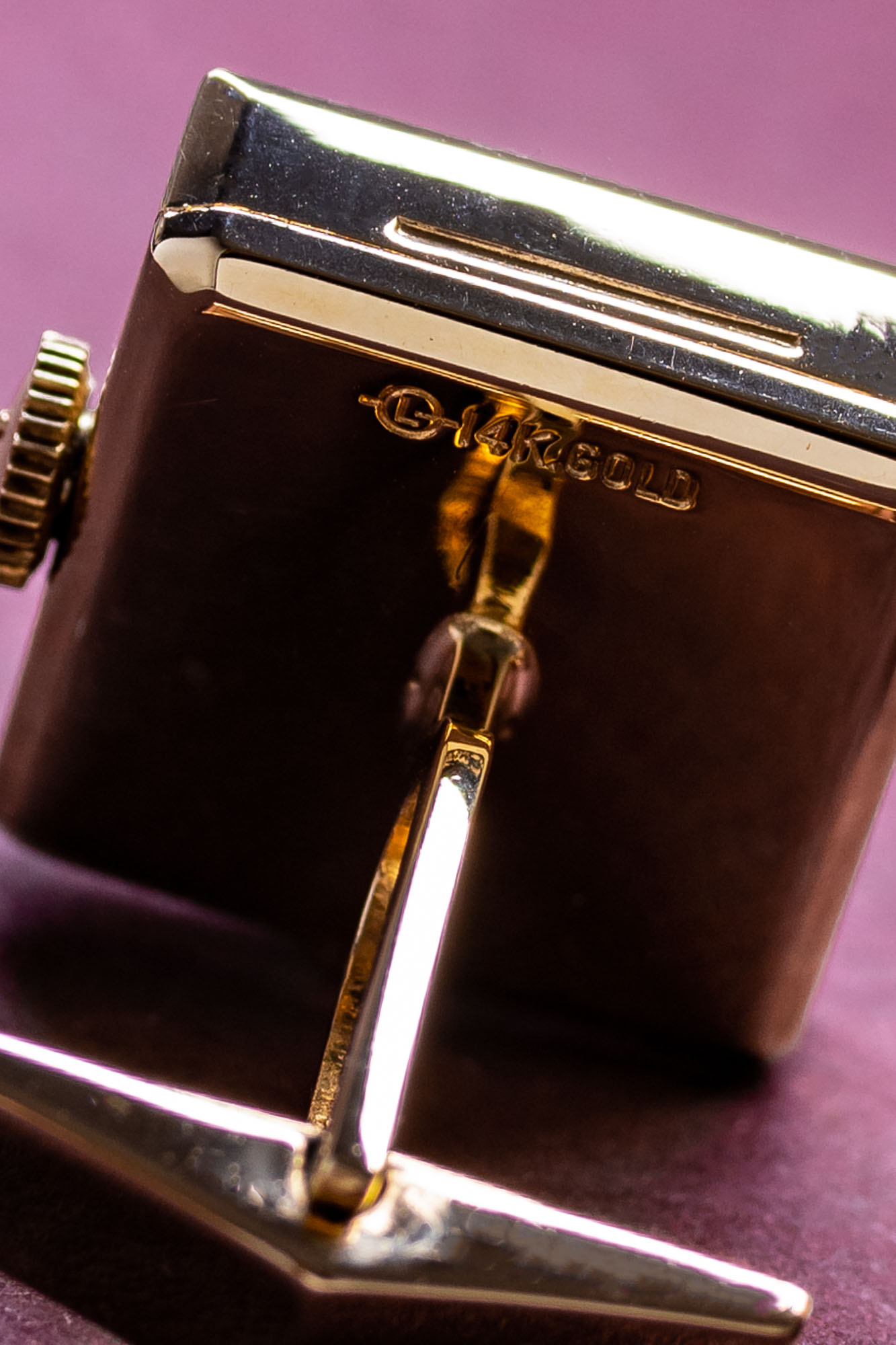 An eye for detail

This one is for the ultra-enthusiasts, a set of cufflinks with one of them having an actual hand-winding movement inside, how cool is that? The official rules of black tie are that you cannot wear a watch to such an event, here we have the problem solved. A sneaky watch within your cufflink. This set of JLC cufflinks is executed in 14k gold and is the ultimate show-stopper. Wear this and everybody knows that you are a collector at heart.