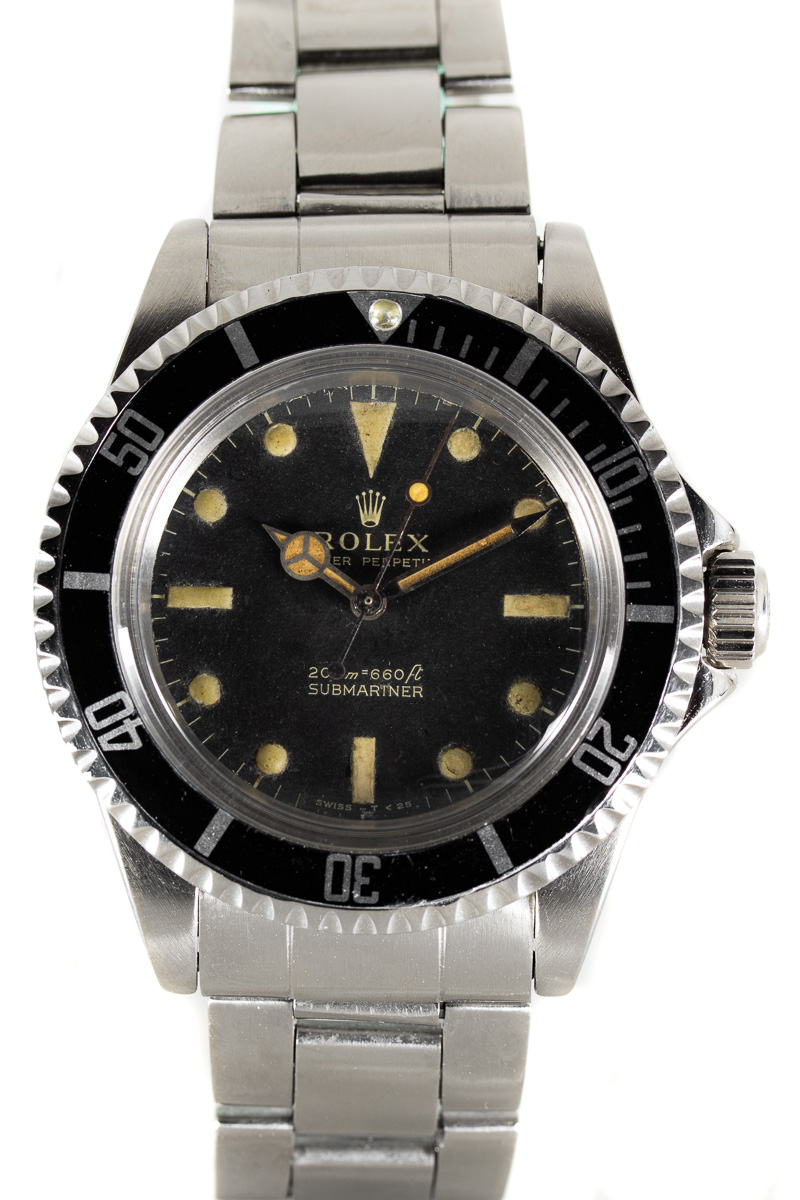 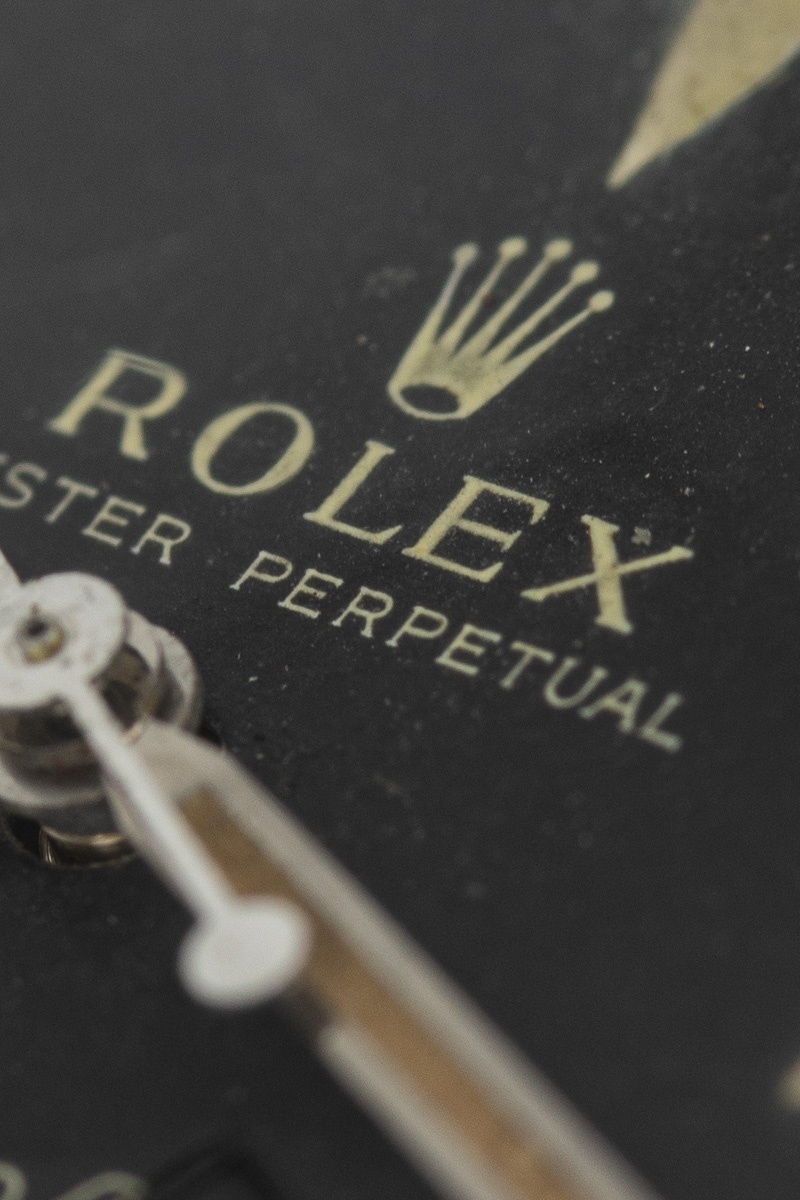 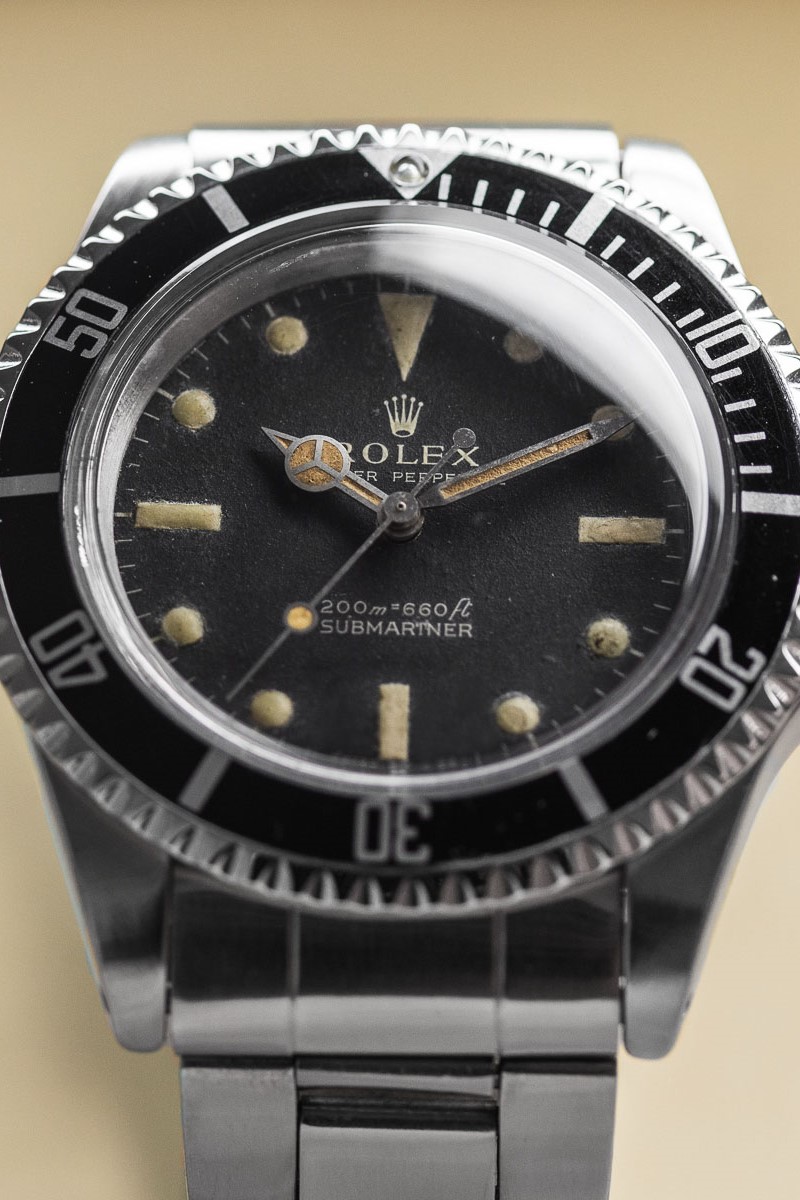 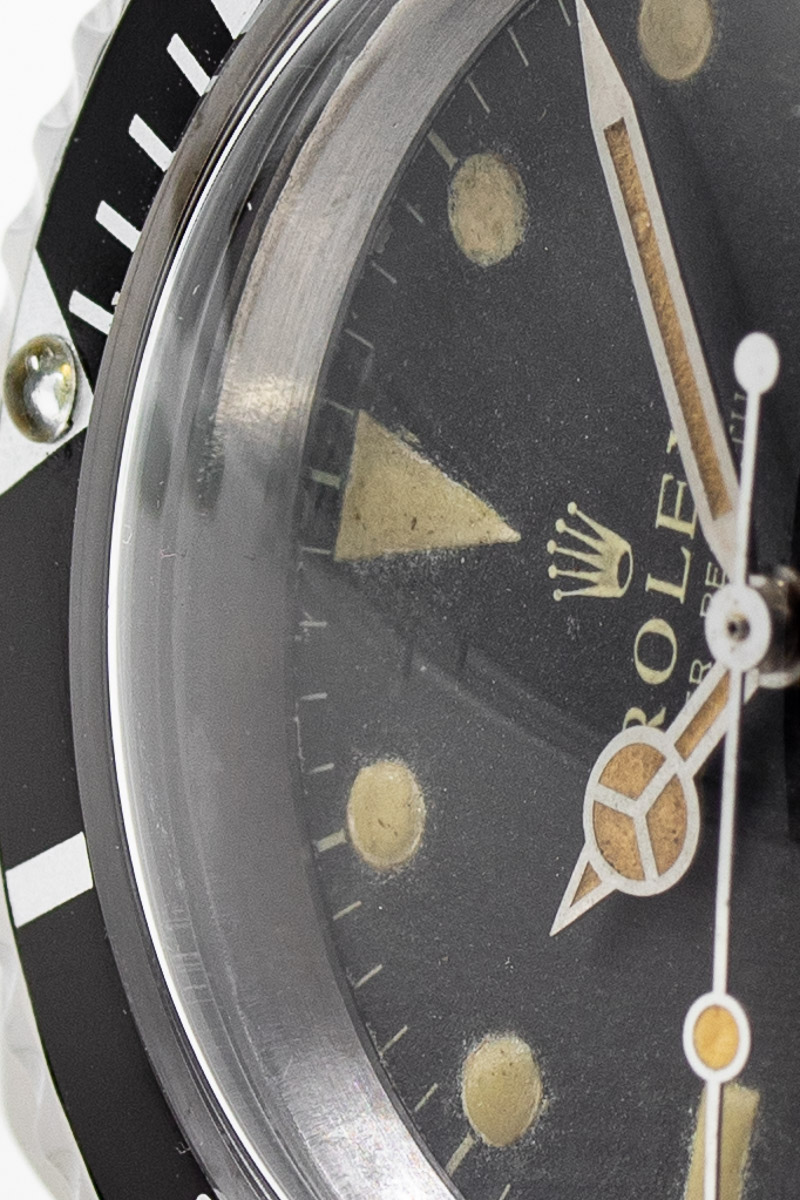 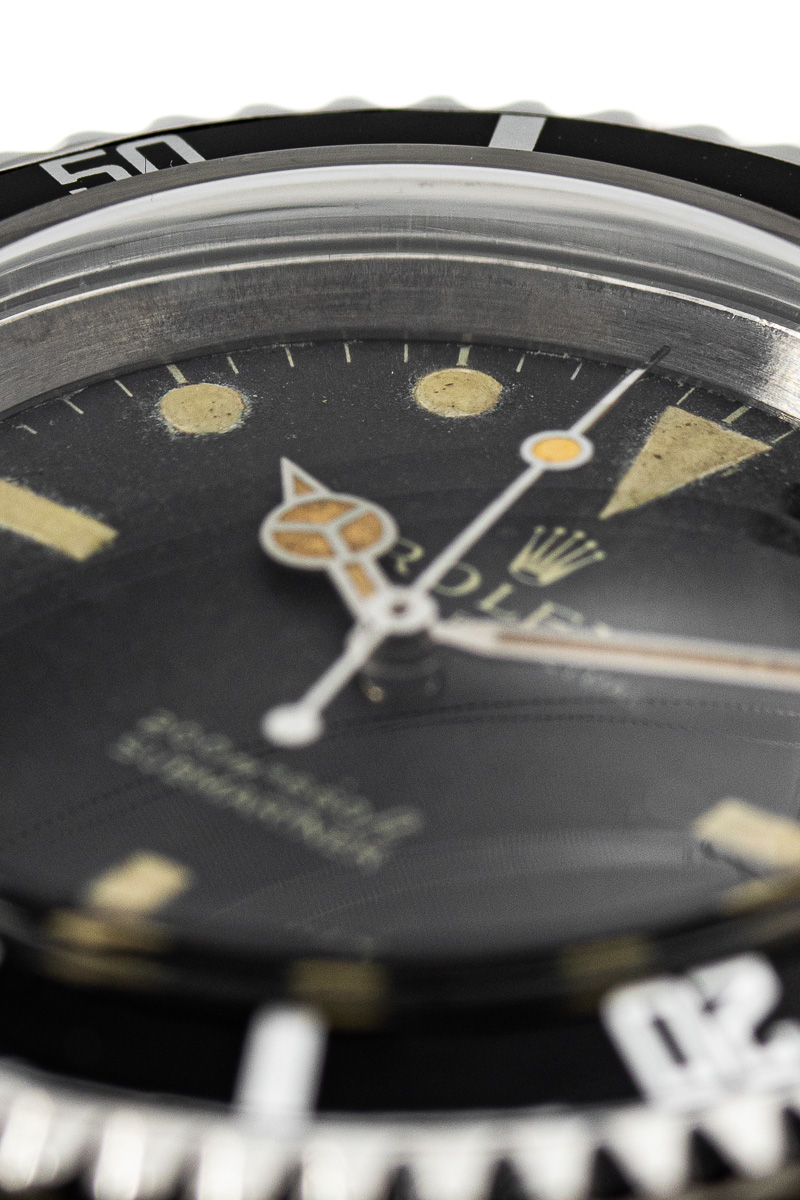 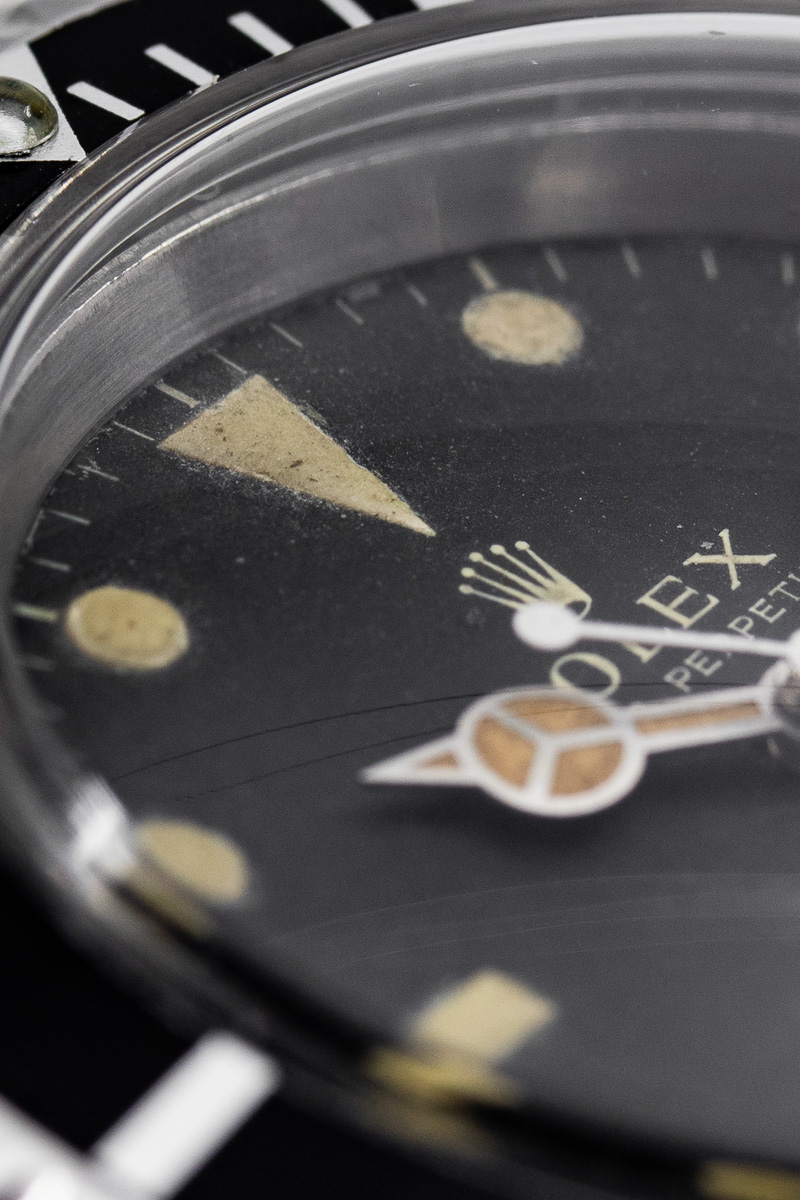 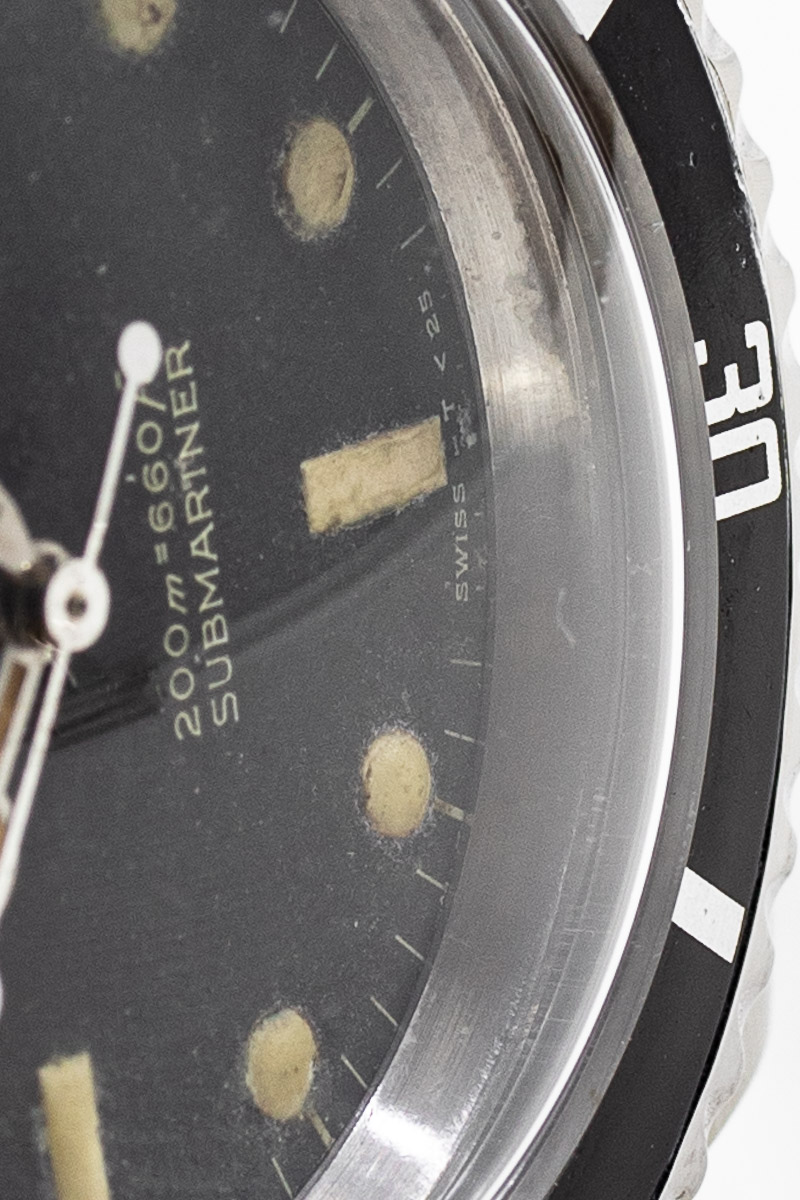 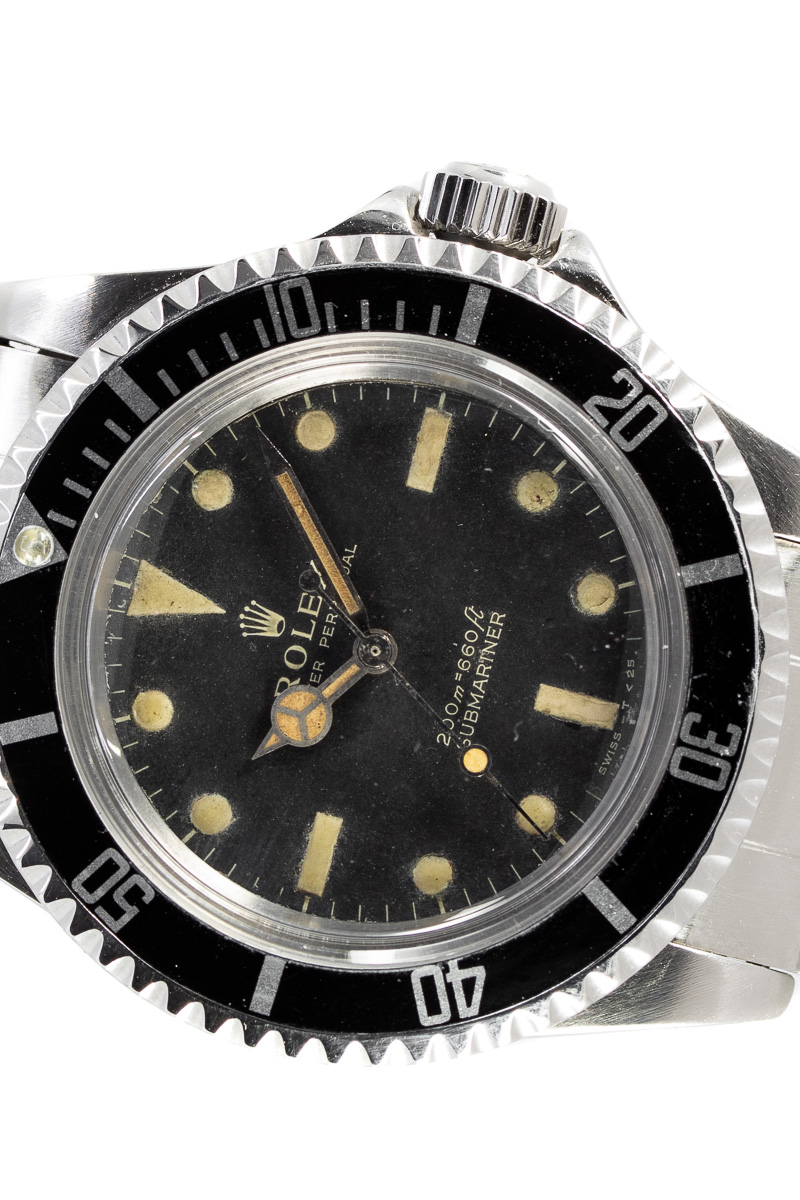 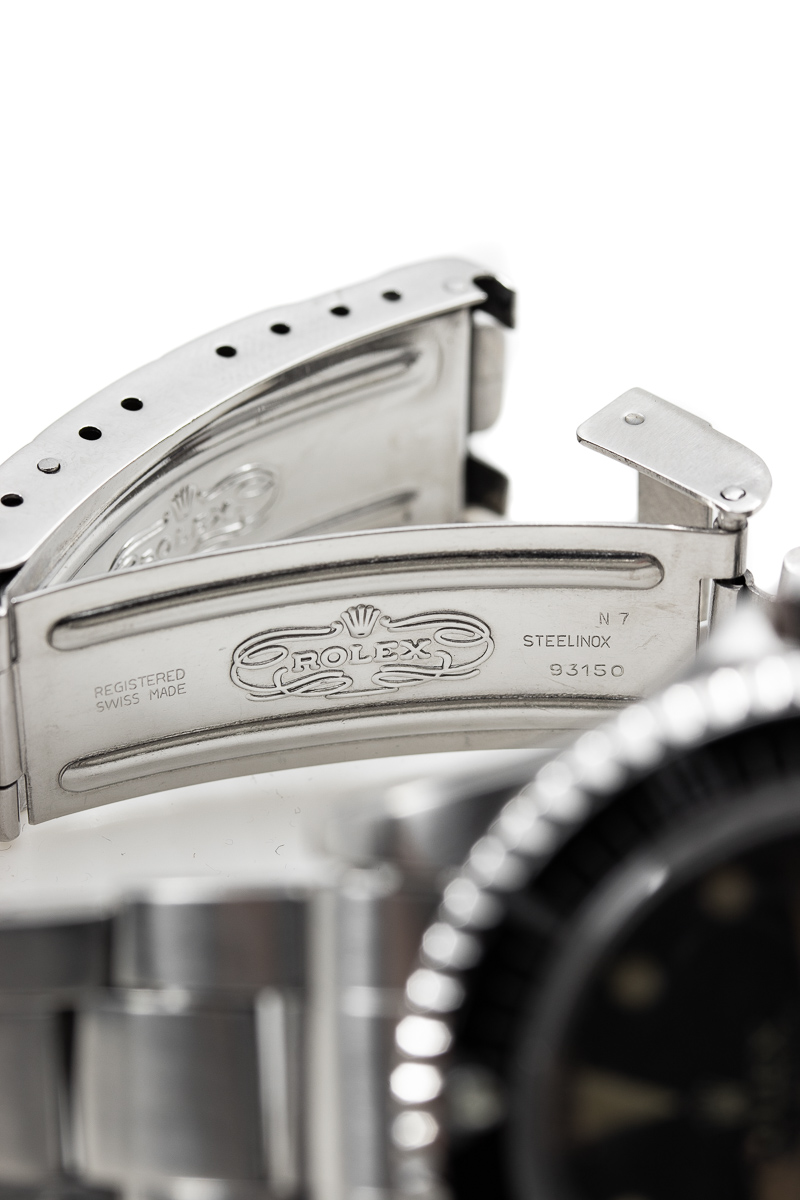 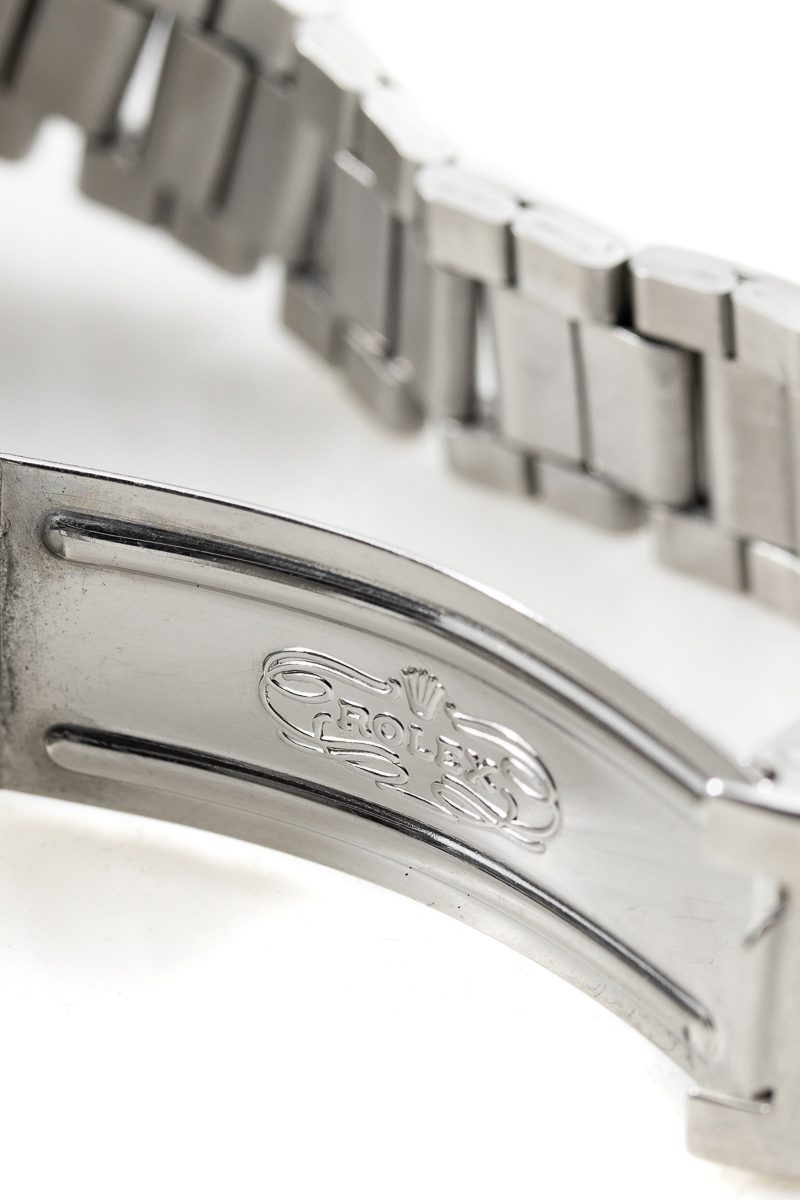 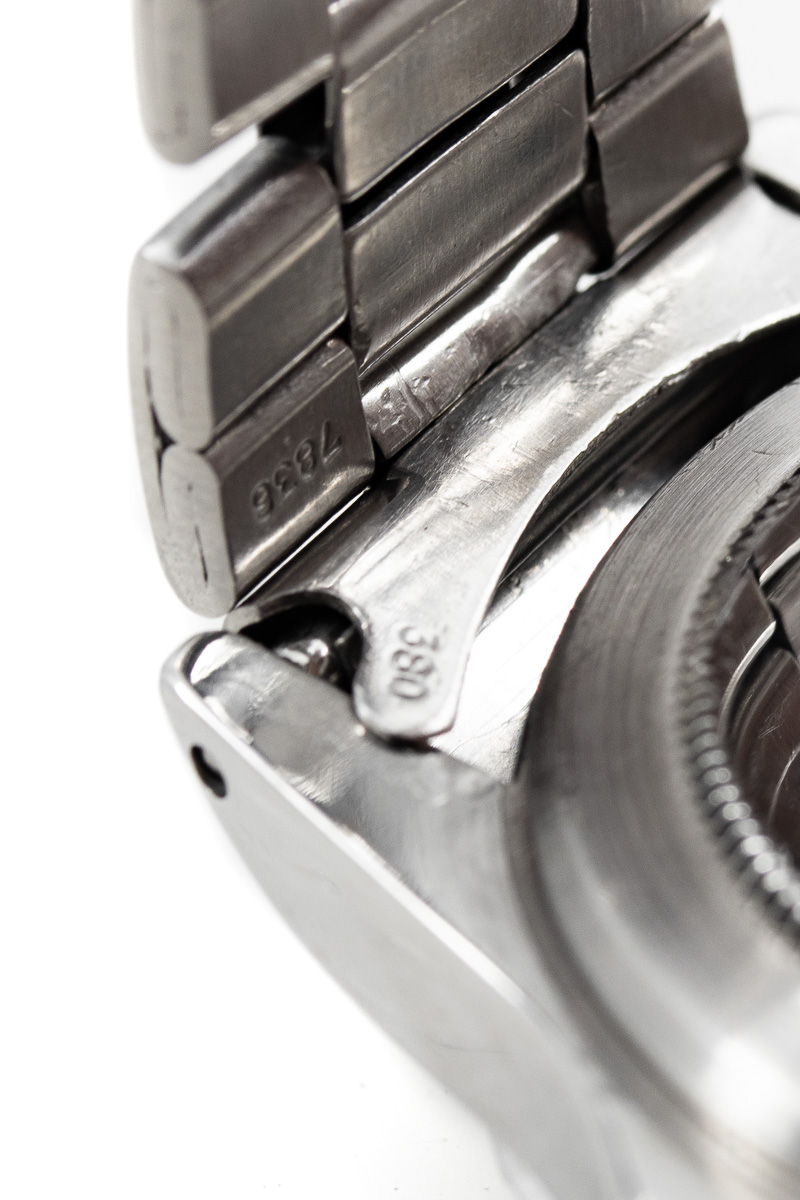 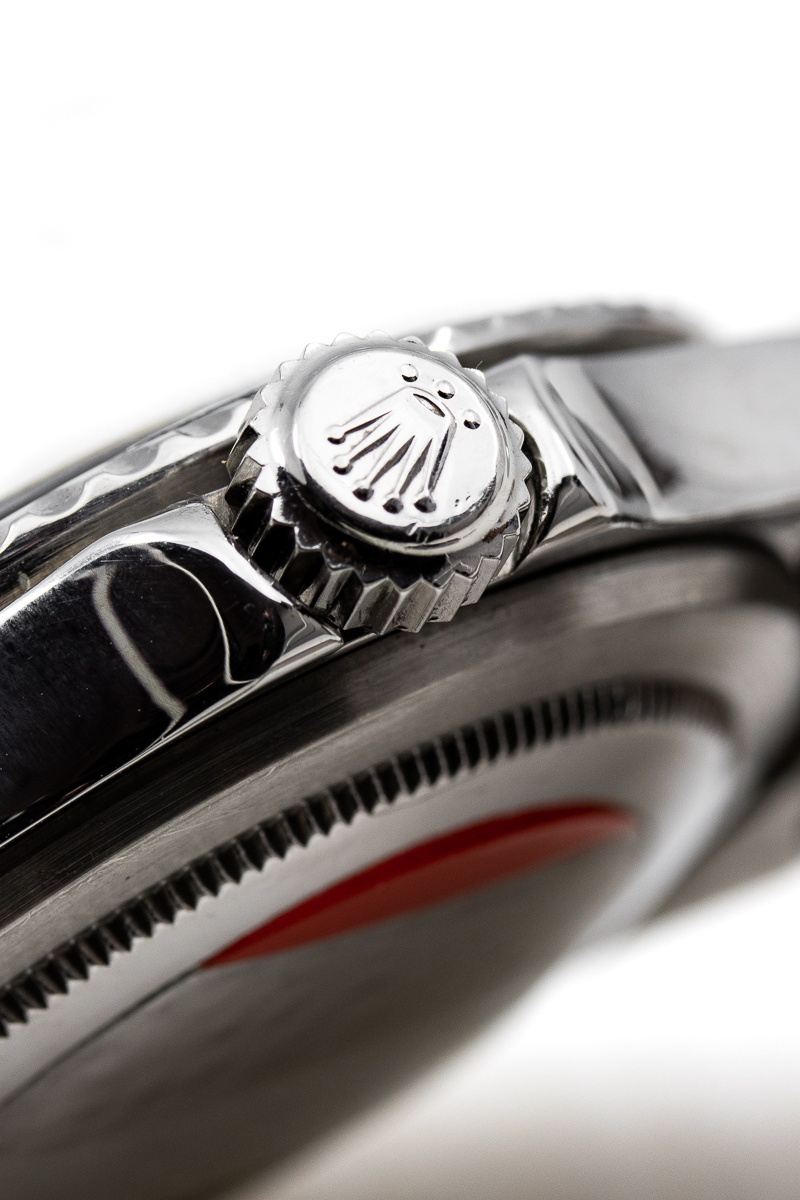 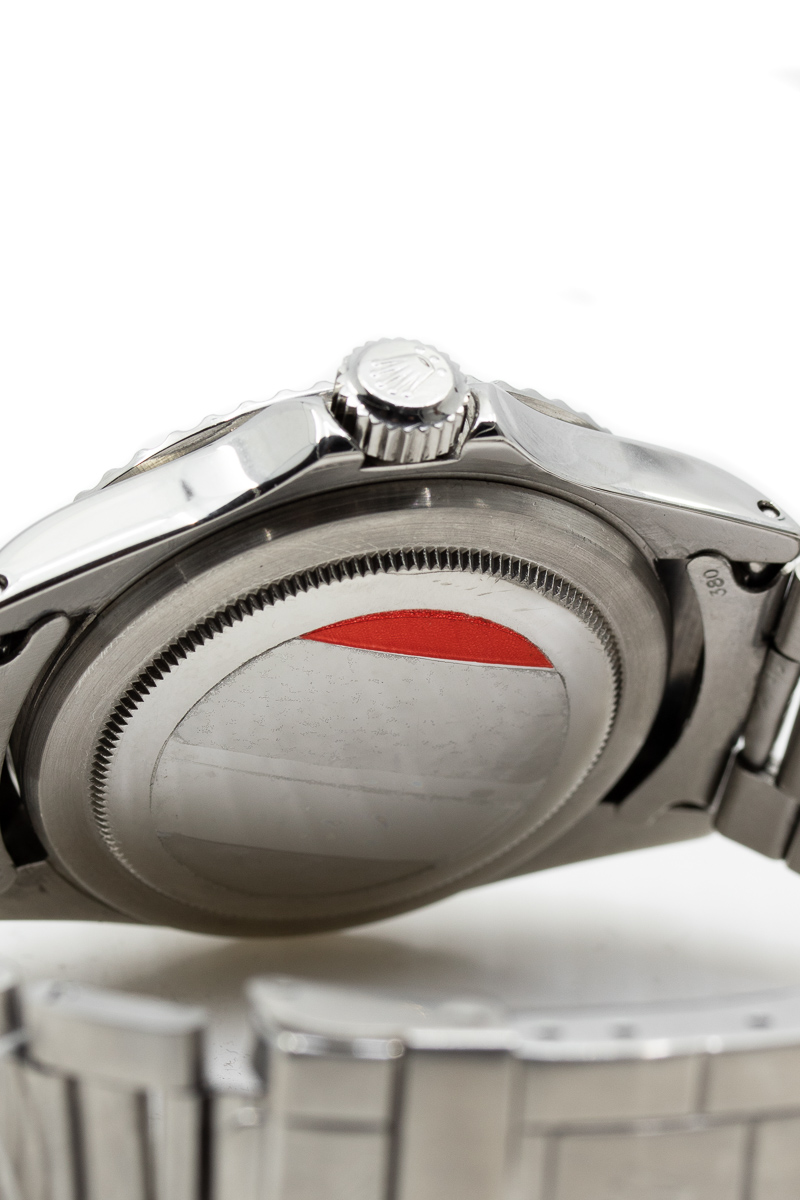 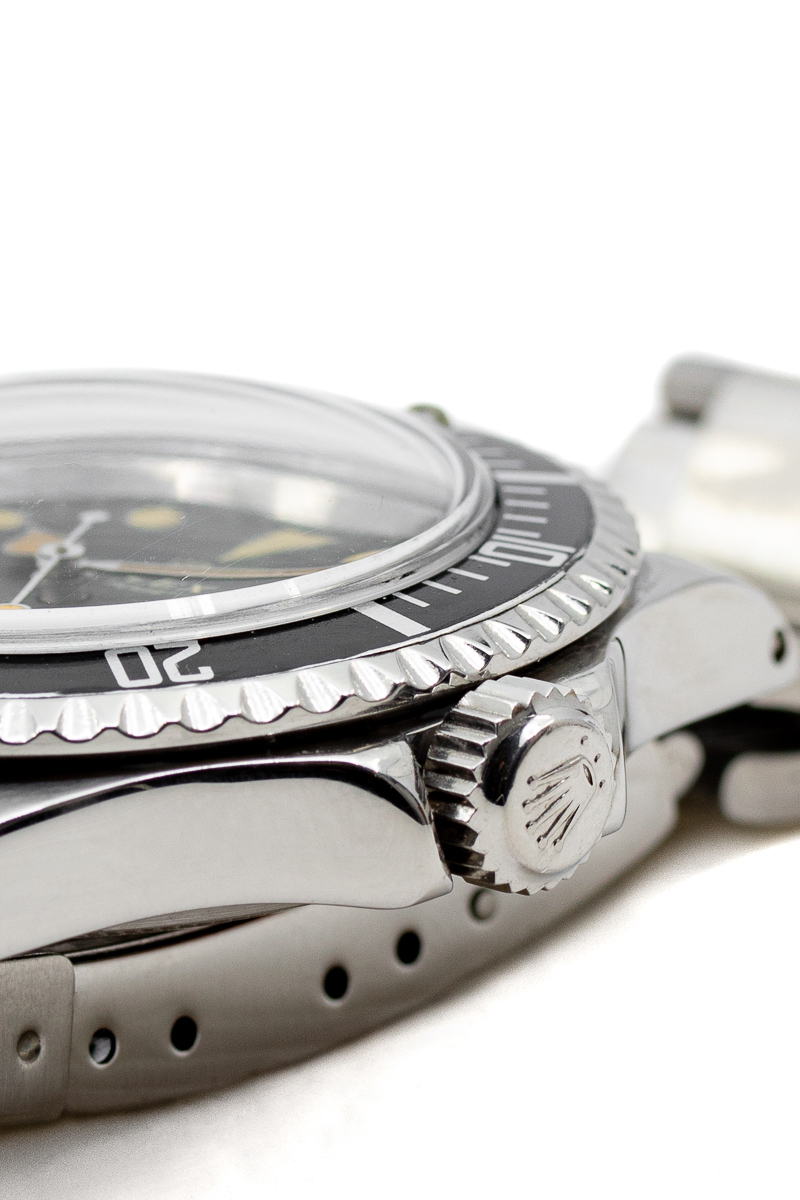 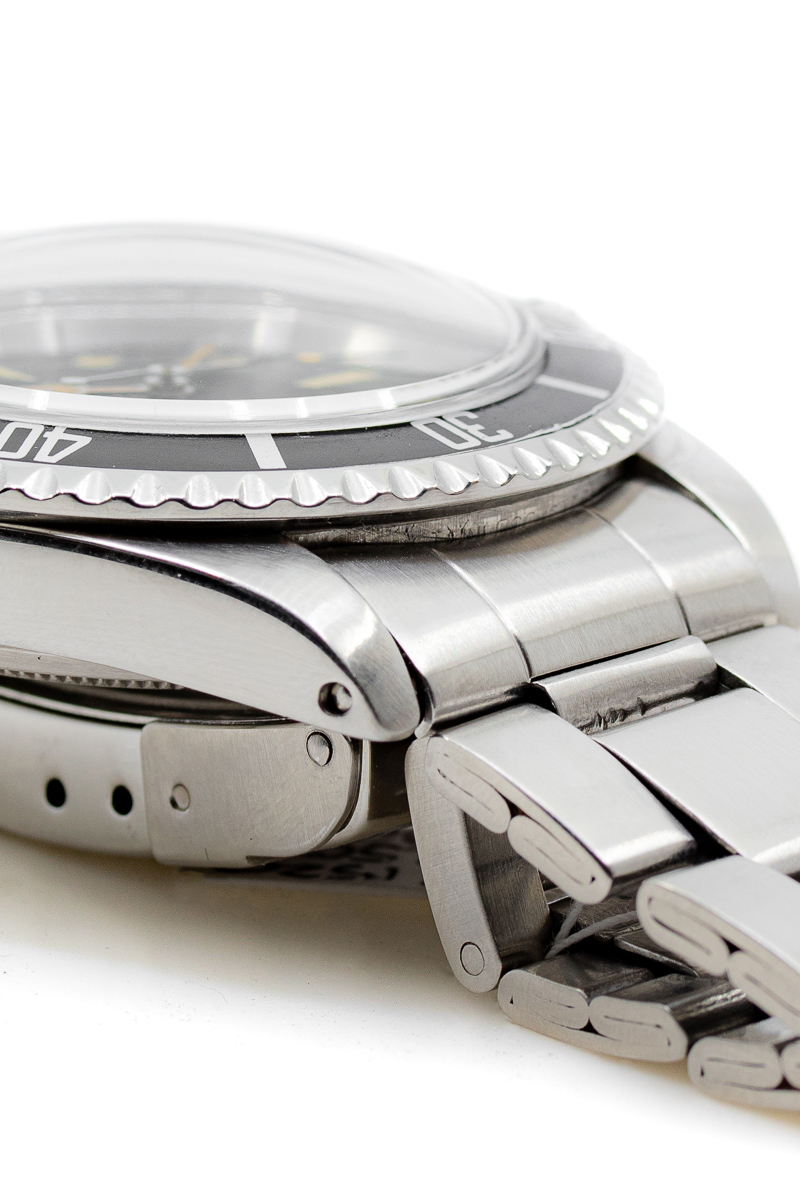 The Rolex Submariner ref. 5513 was in production from 1962 all the way up until 1989. It has, during those years, taken on many different faces. It saw small variations, such as switching from “meters” first to “feet” first in its depth rating description. But it has also undergone some major shapeshifts, such as we see on the famous “Explorer dial” variant.

This particular execution features the “Meters first” dial. It was the first 5513 that was fitted with a non-gilt dial. It was produced from 1967 until 1969, with this specimen dating back to ca. 1968. From 1969 onward, the dial would read Feet first and feature maxi plots. This dial is matte black with white printing, which has taken on a warm patina over the years. Speaking of patina, this watch has some of the loveliest creamy tones you will find! The lume in the hands is original, the indices have been relumed sometime during its life. Hands and dial match beautifully though.

The bracelet on this Sub is from 1975, so it has been added to the watch a little later on. The watch has been well maintained and its lugs are still nice and thick. A true winner if you ask us!

Come and try this amazing watch on in our shop at Reestraat 3 in Amsterdam.