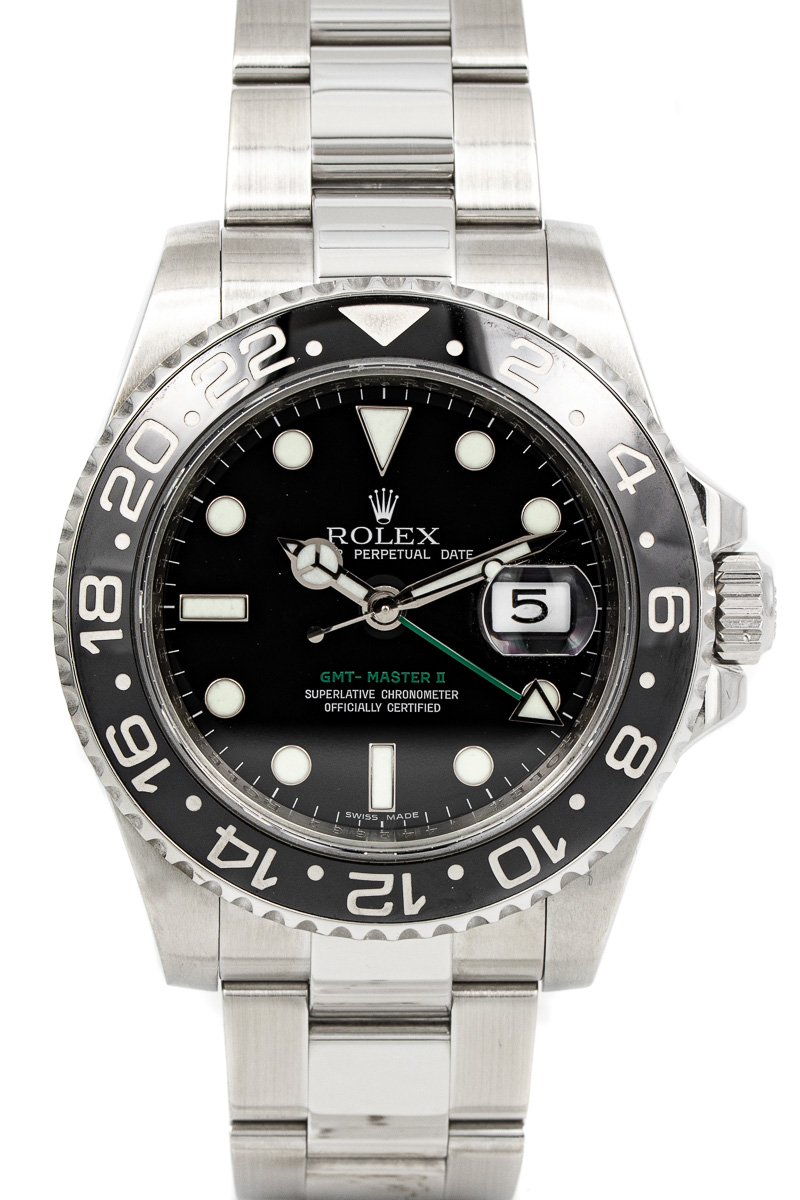 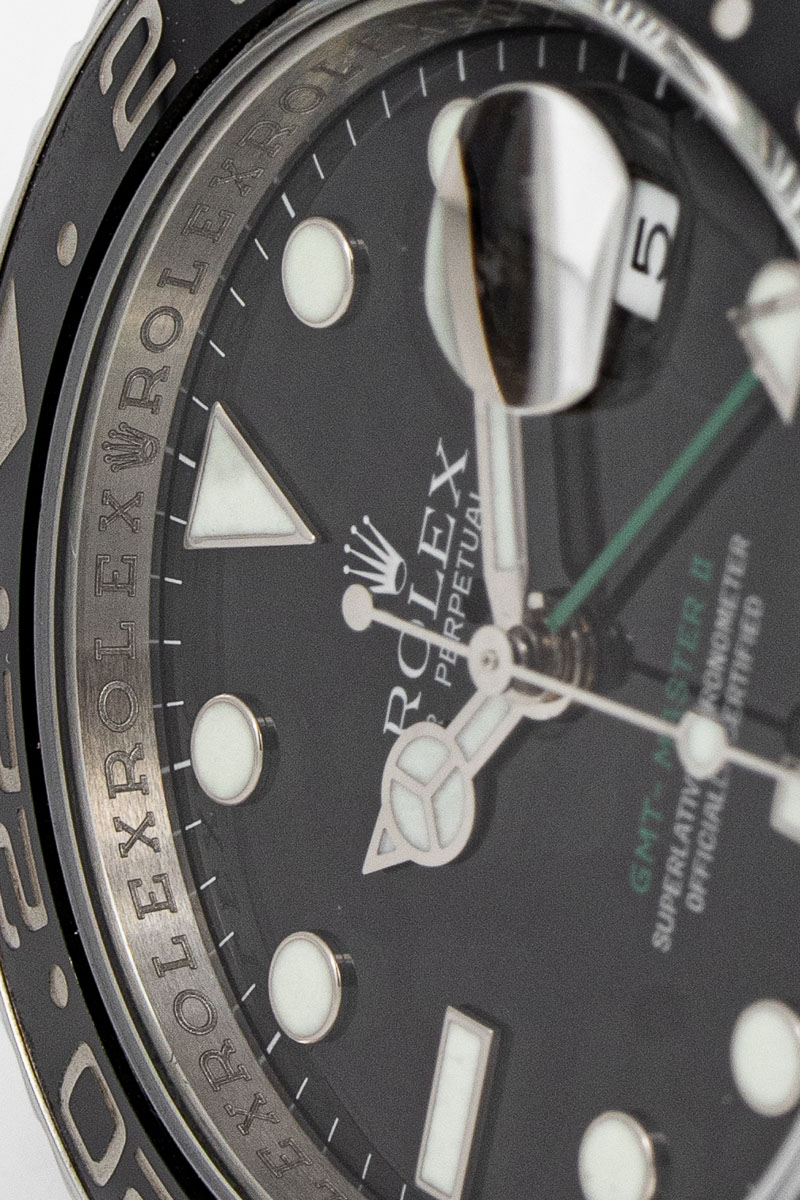 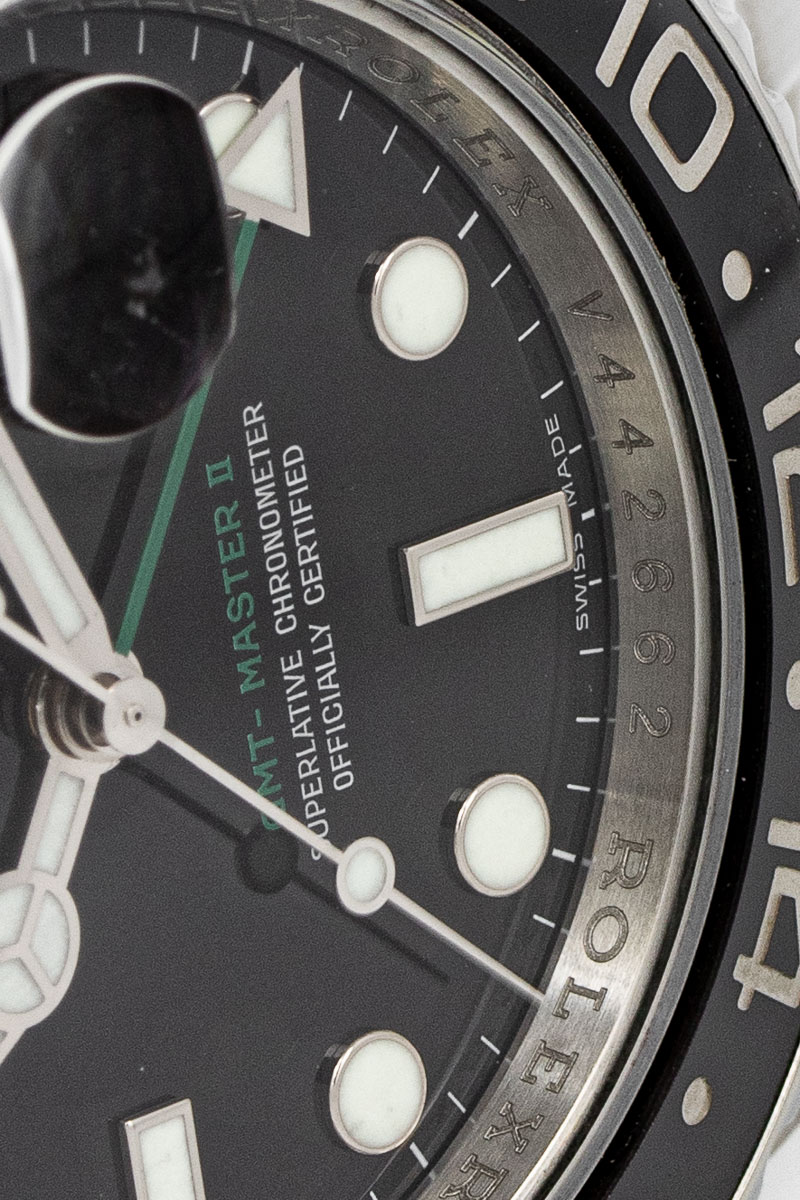 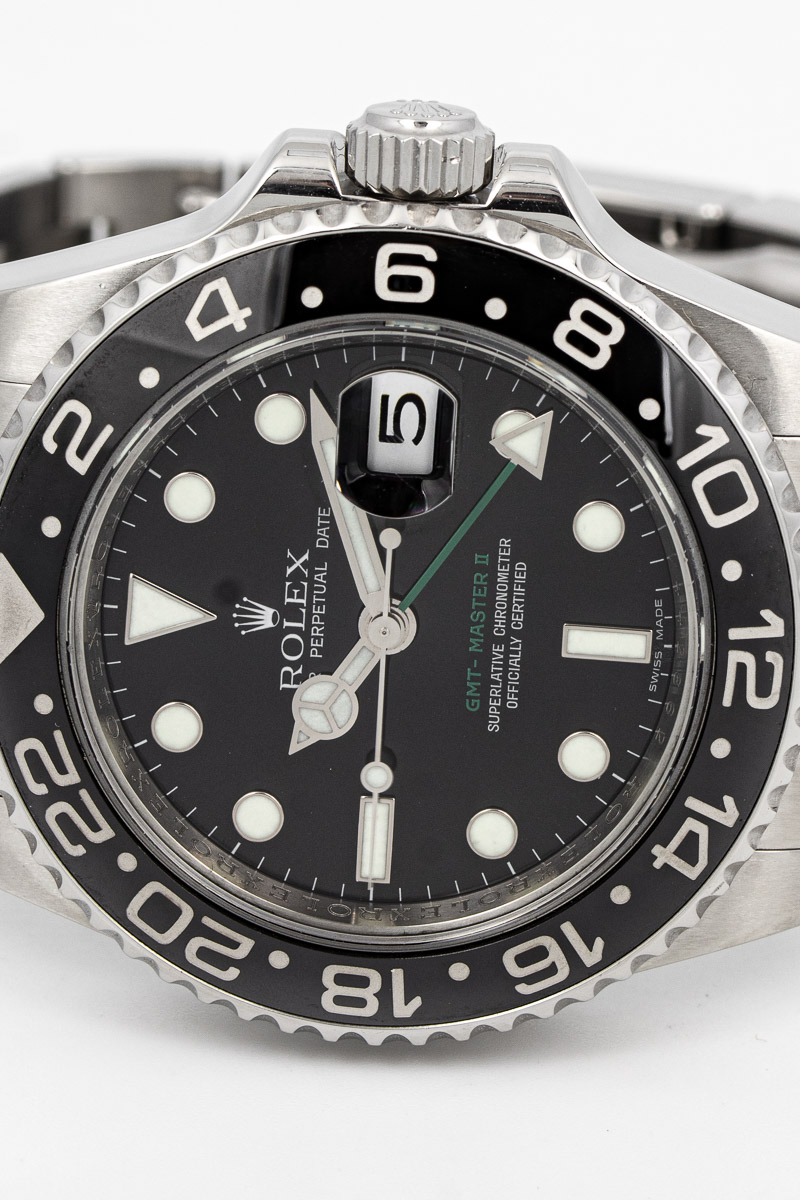 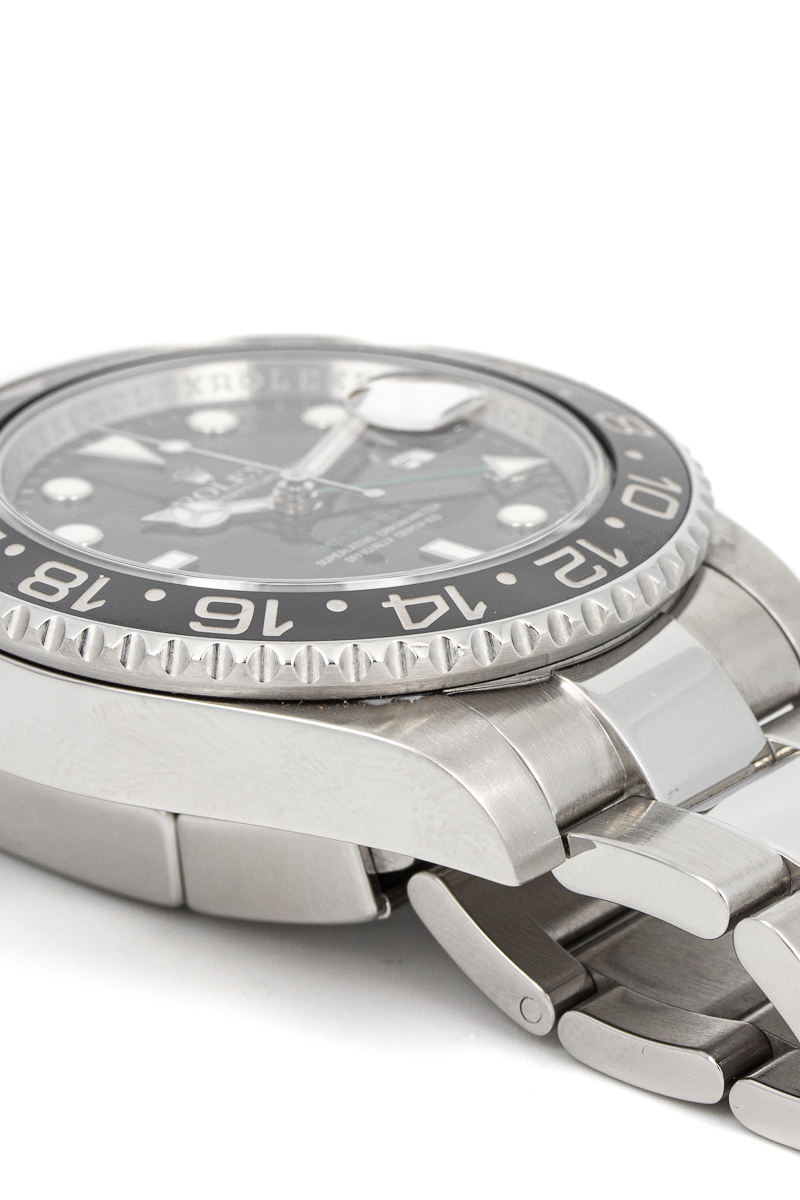 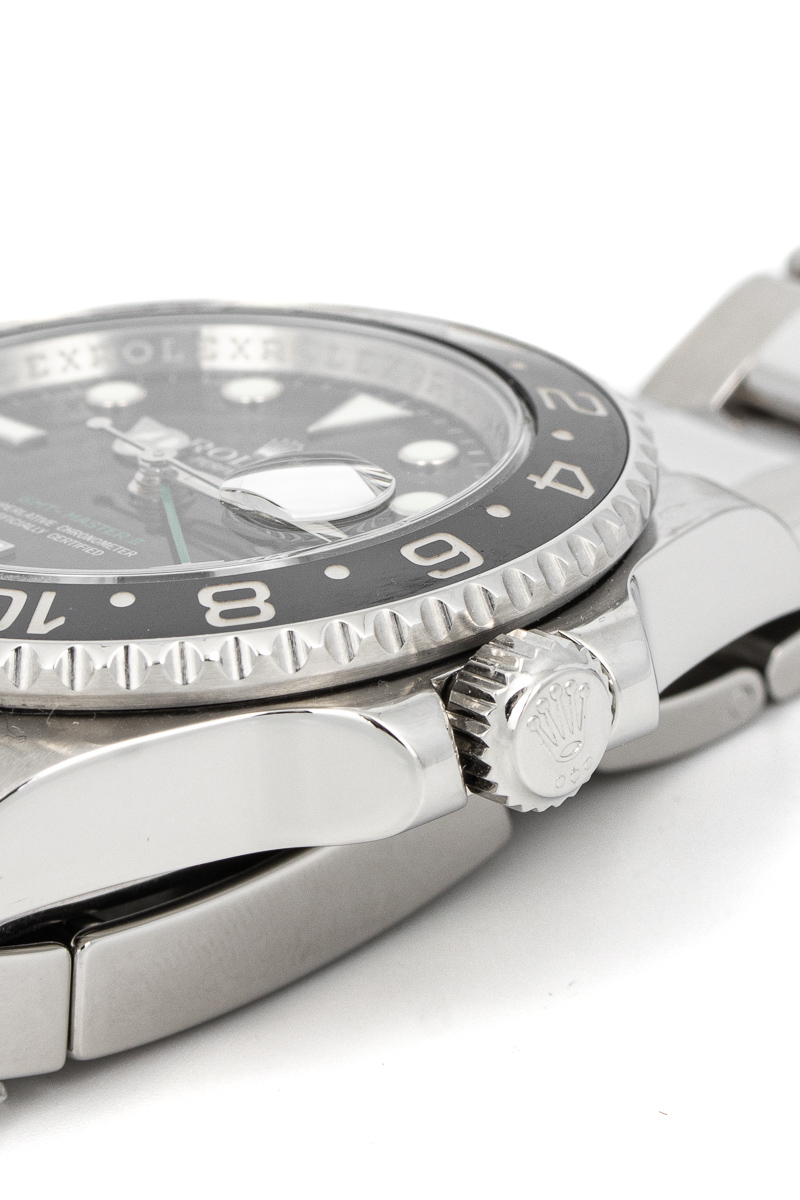 Okay, this is going to be a piece of history, so just sit back and relax …

The first GMT-Master, the 6542, was introduced in 1954. Already in 1959, it was replaced by the 1675, which would remain in the collection until around 1980. The 1675 was followed by the 16750, which was equipped with a new timepiece with a quickset date. From around 1985, it was also equipped with the new style dials. A second model GMT was presented in 1983: the 16760 “Fat Lady”, the first GMT Master II. Apart from the sapphire glass and the thicker case, the main difference was that the GMT pointer could now be moved independently of the hour hand; in the earlier models these two were linked to each other. Thanks to this disconnection, 3 time zones could now be displayed: the first by turning the normal hour hand, the second by turning the GMT hand and the third by turning the lunette. This model was delivered just like the 16750 to 1988.

This watch has a few years of experience as it comes from around 2009. This watch is in very good condition and is complete with the box and papers!