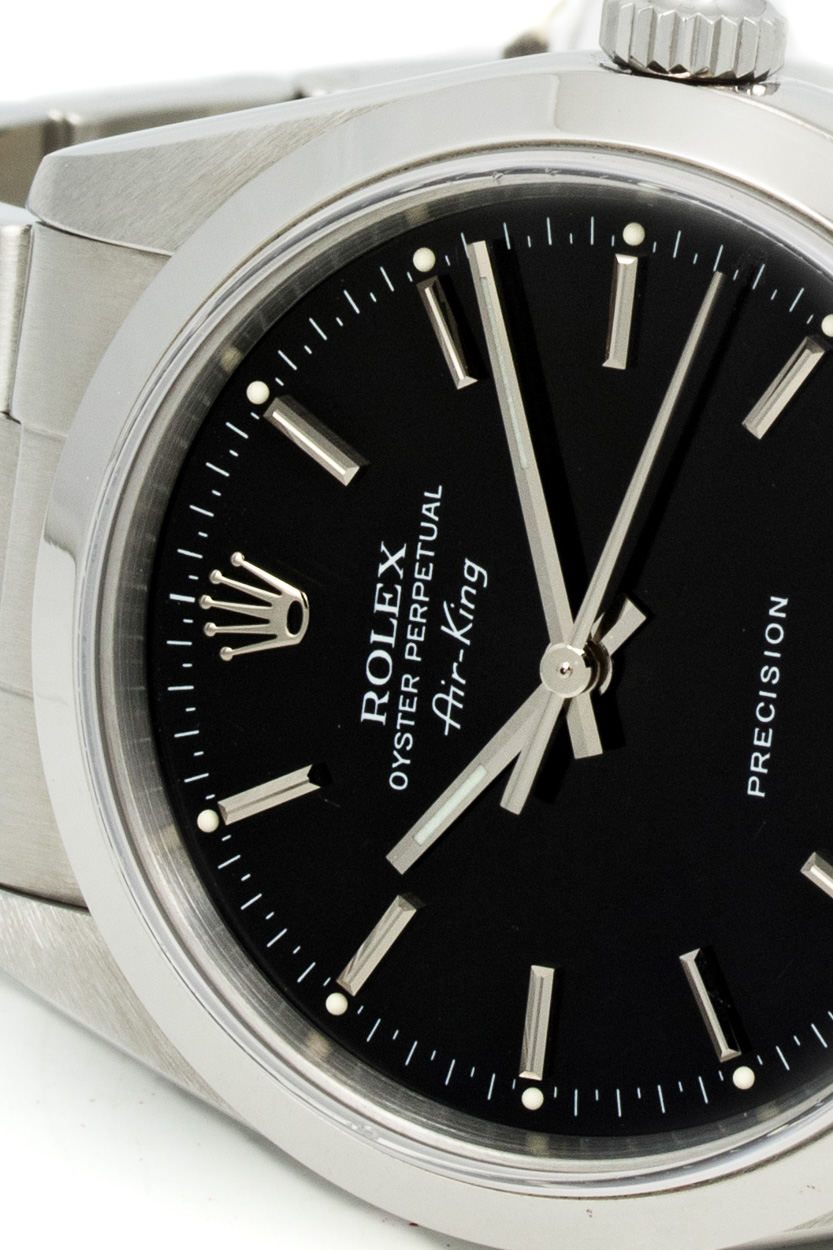 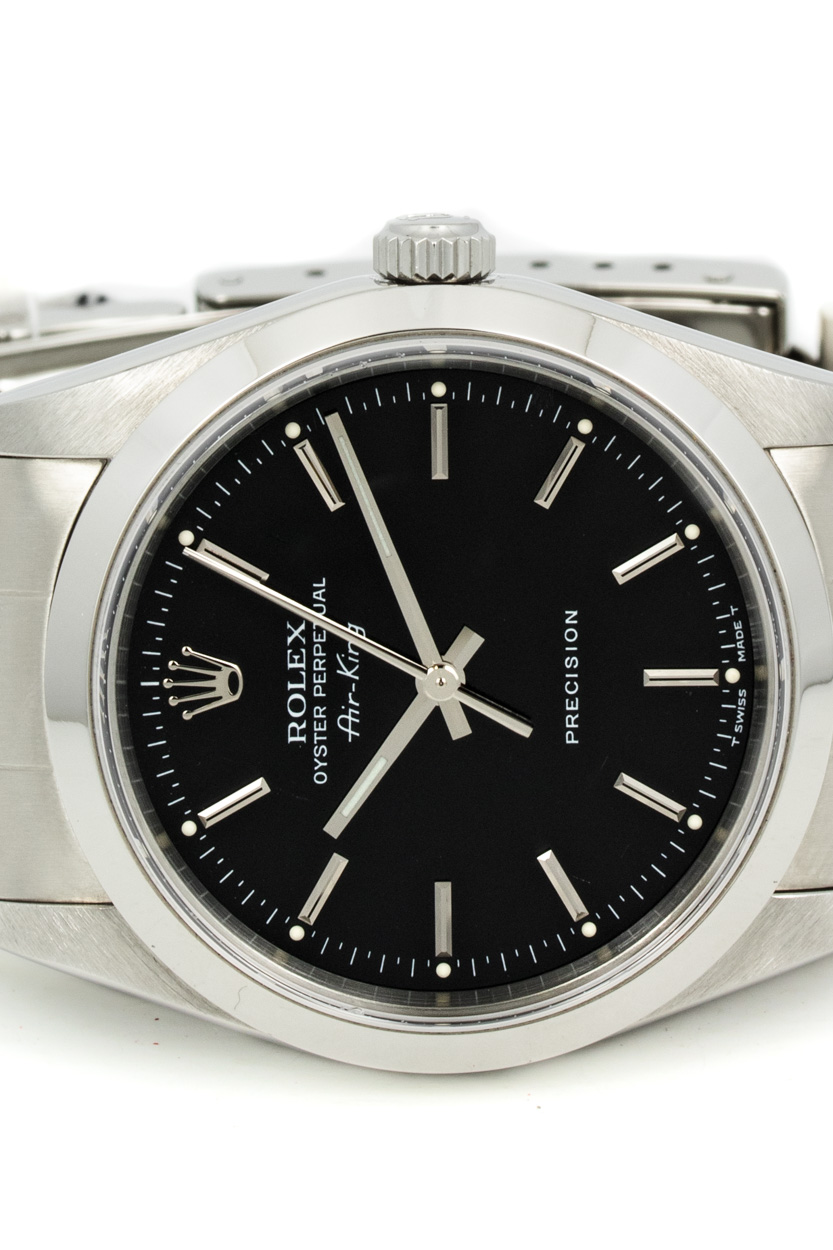 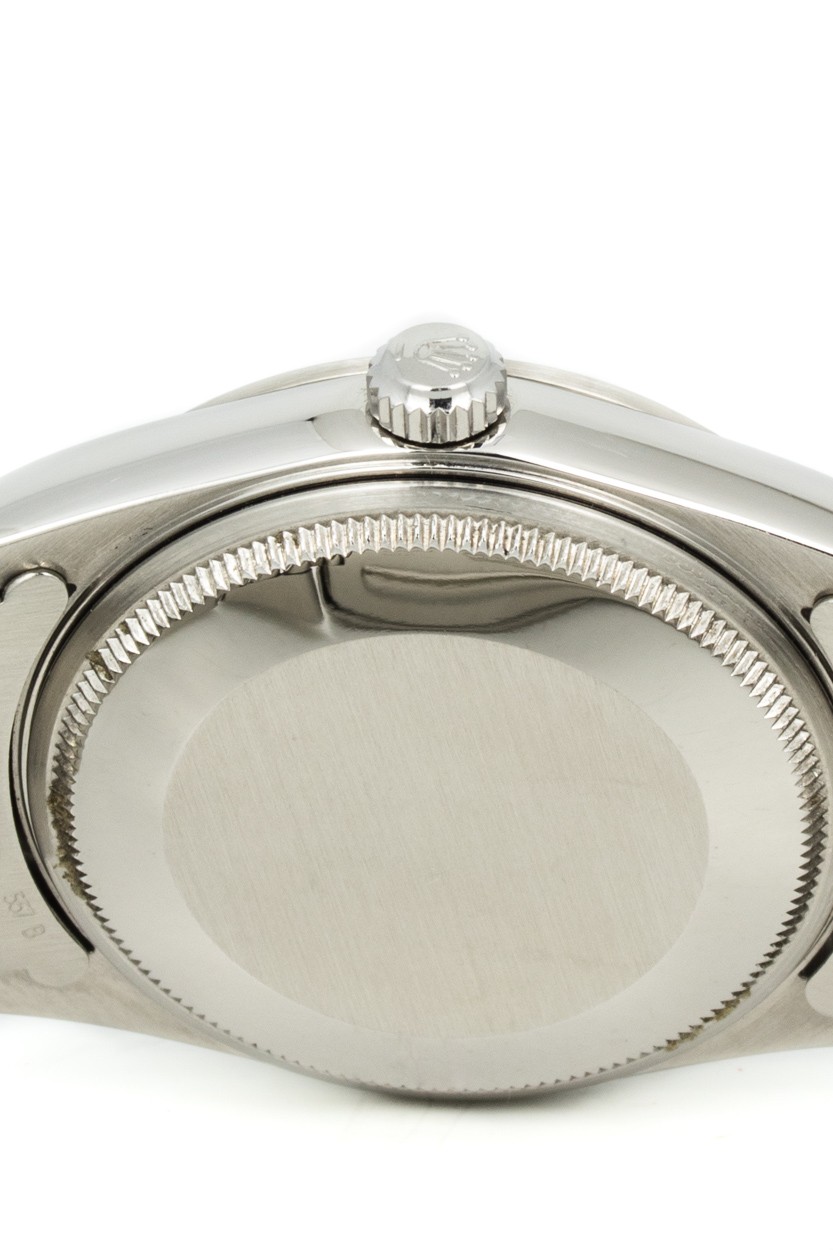 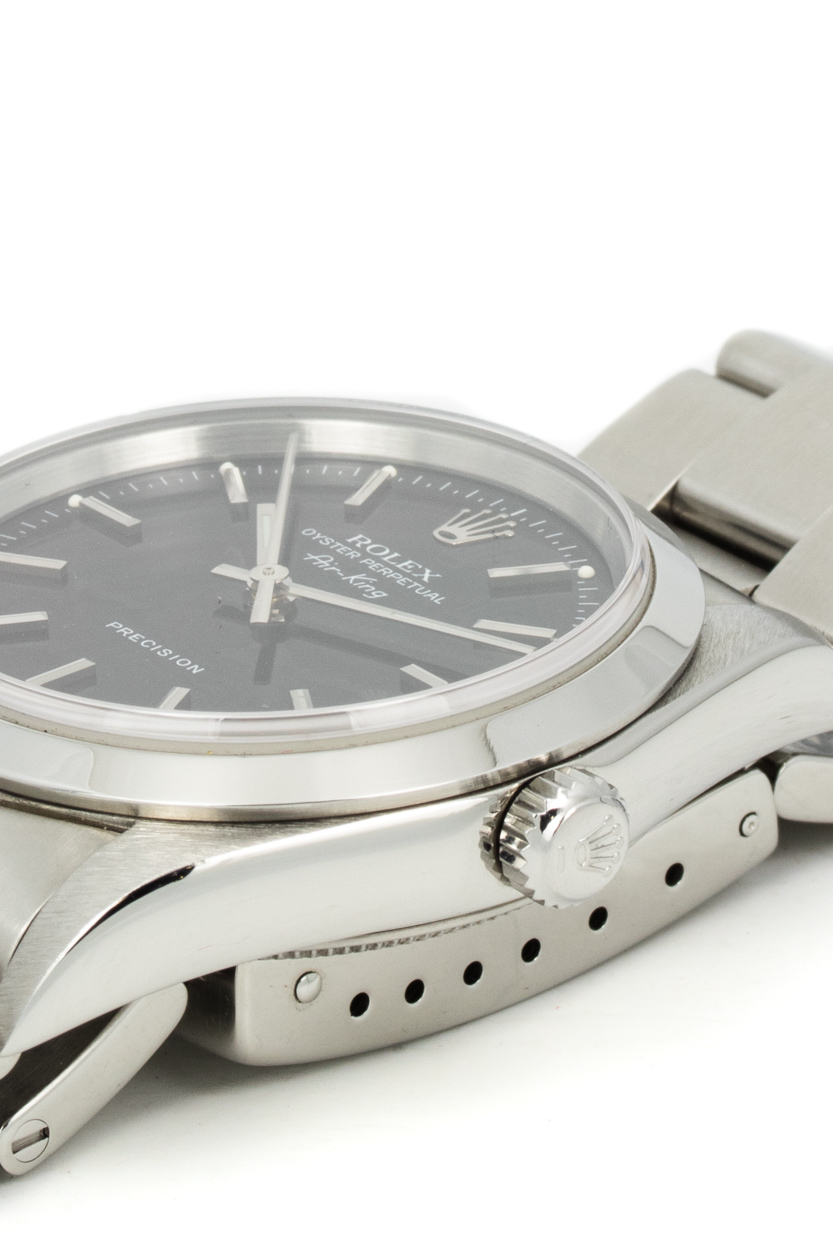 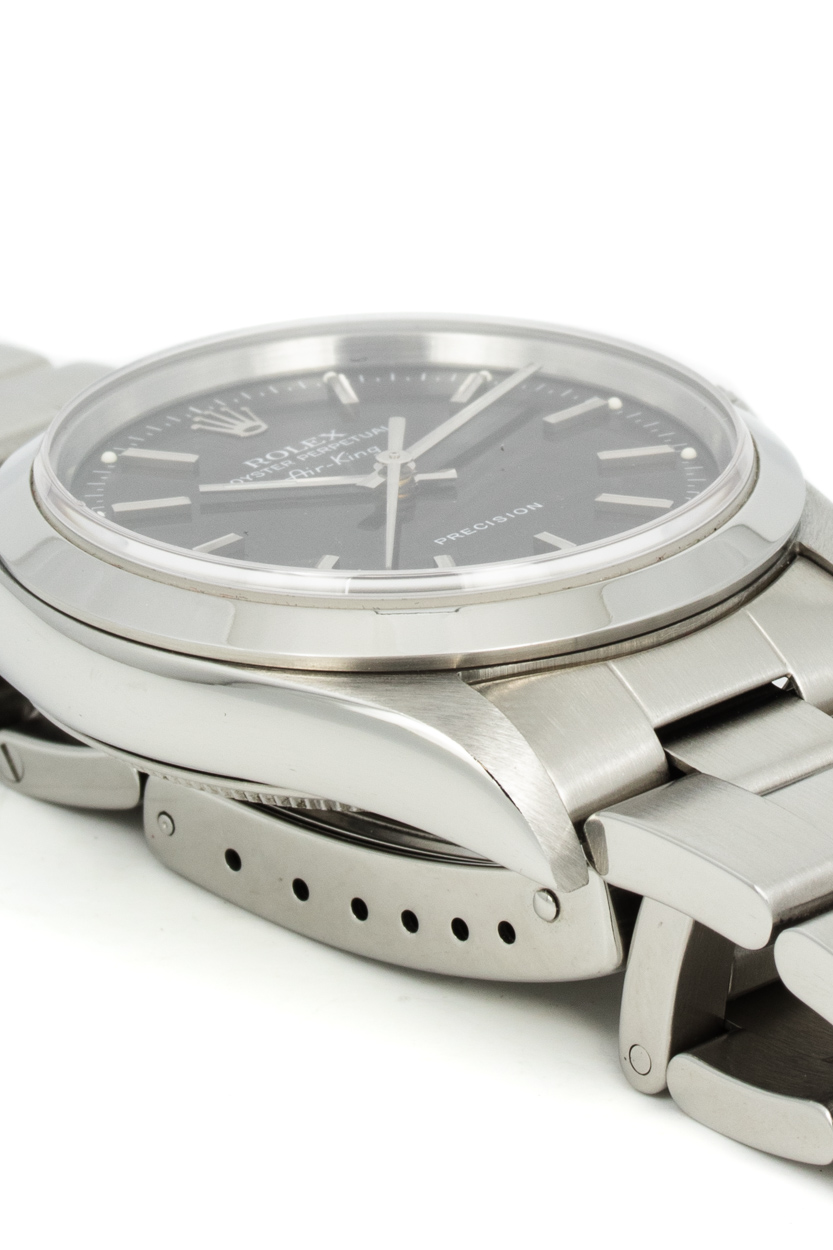 We are happy to share with you this simple, elegant yet sporty Rolex Air-King Ref. 14000M.

This beauty from ca. 1988 comes with a sapphire crystal and sturdy Oyster bracelet, ready for hard daily wearing.

The stark black dial is equally simple and great. There really is not too much to say about this watch, except that its minimalist recipe just works so well.

Come and try it on in our boutique at Reestraat 3 in Amsterdam. Be prepared to love it!