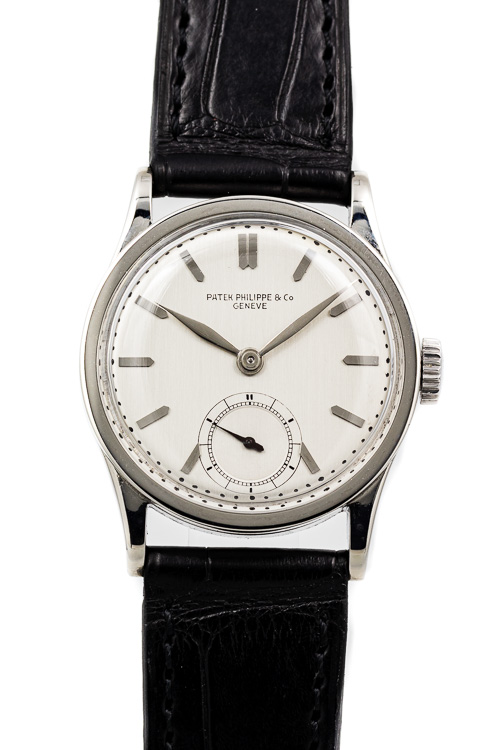 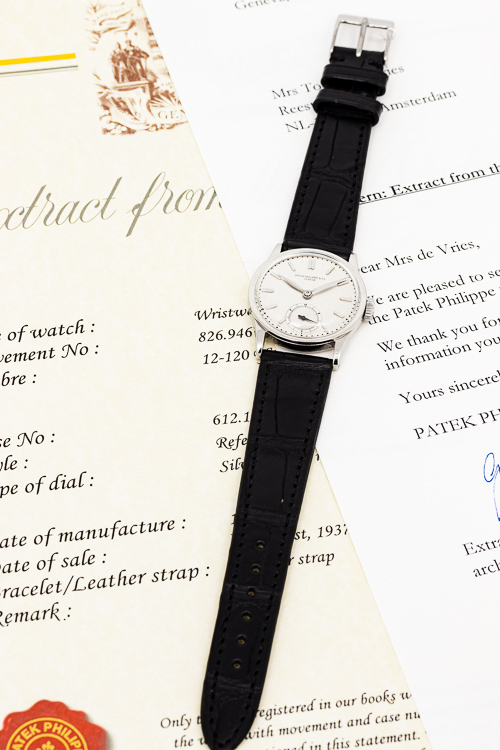 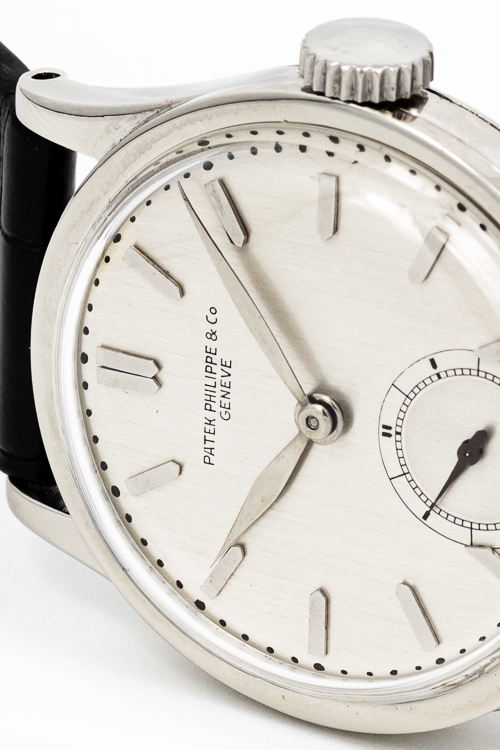 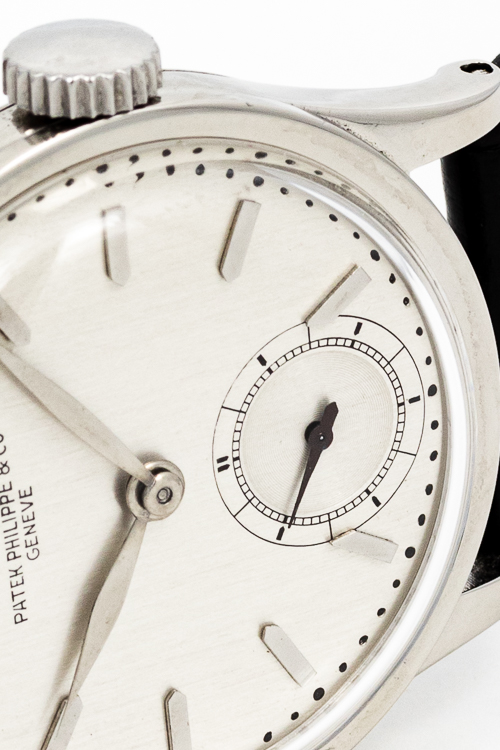 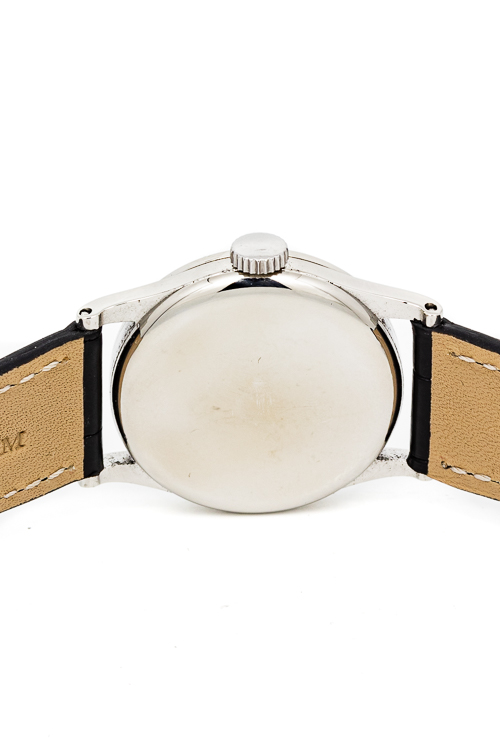 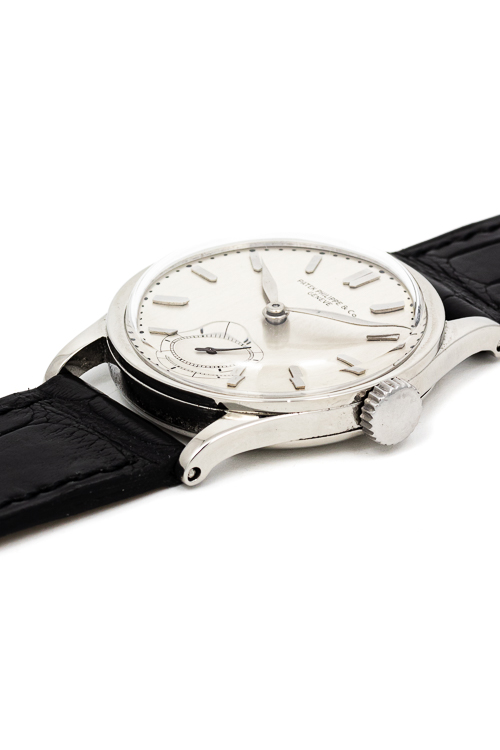 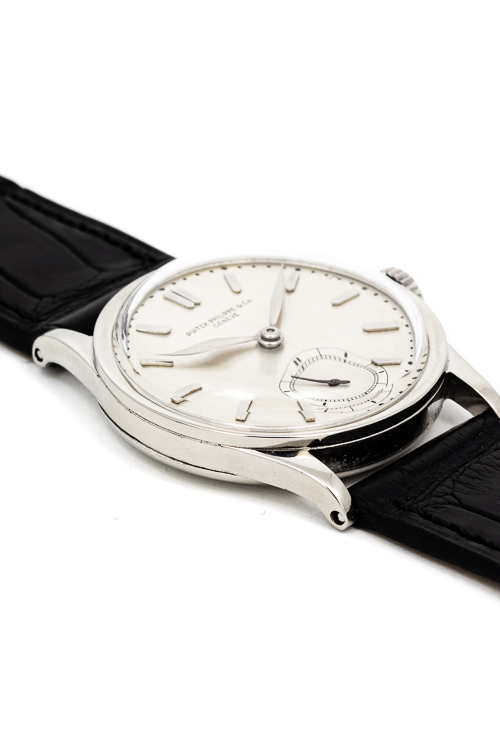 The first 96’s were powered by Jaeger-LeCoultre calibers. From 1934 on, the watches were equipped with a new in-house caliber 12”’120. The version of the offer here dates back to 1937 and features this (then) brand new caliber. Only 95 pieces made and we have number 4, back case is signed and it is double confirmed because we have an extract archive from Patek Philippe.