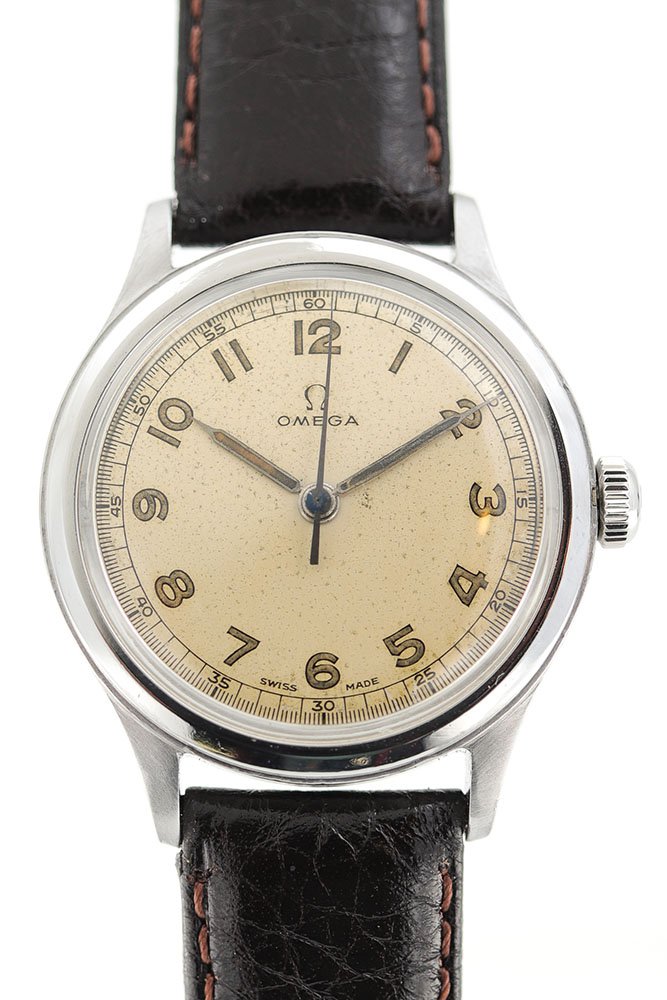 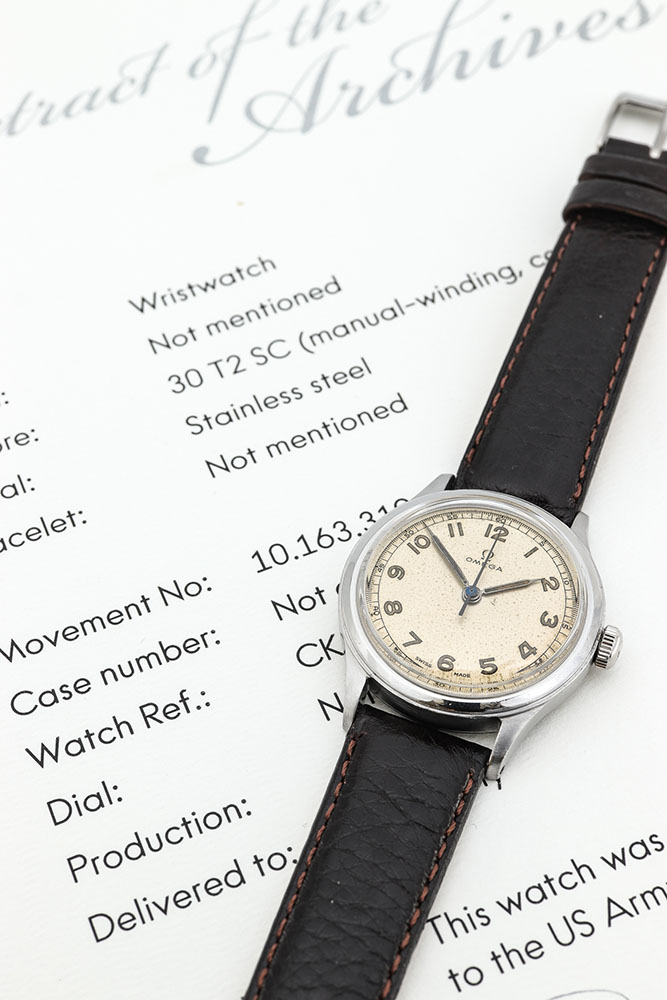 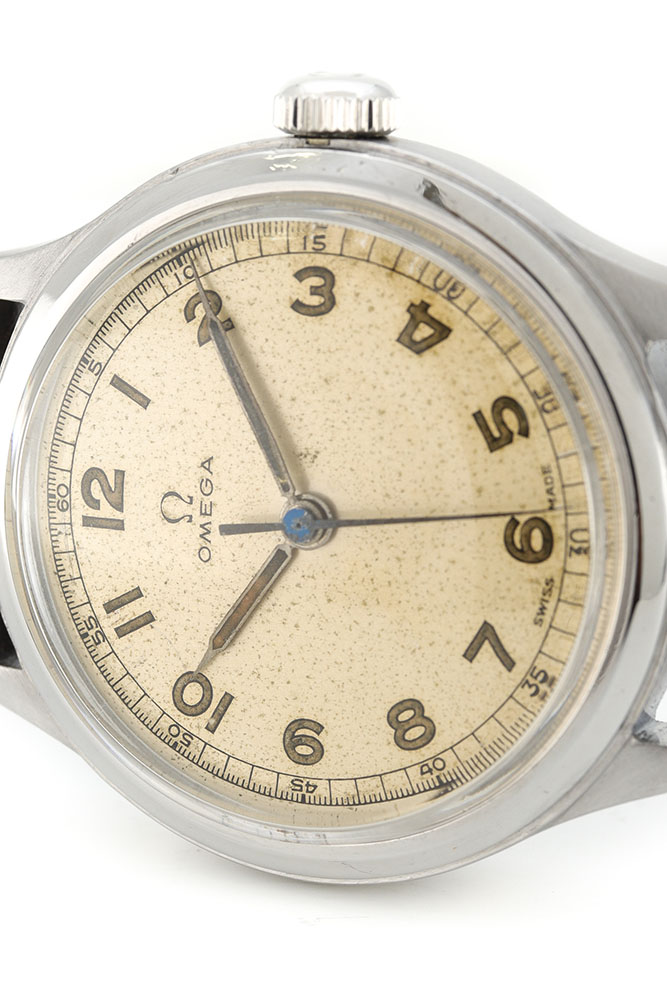 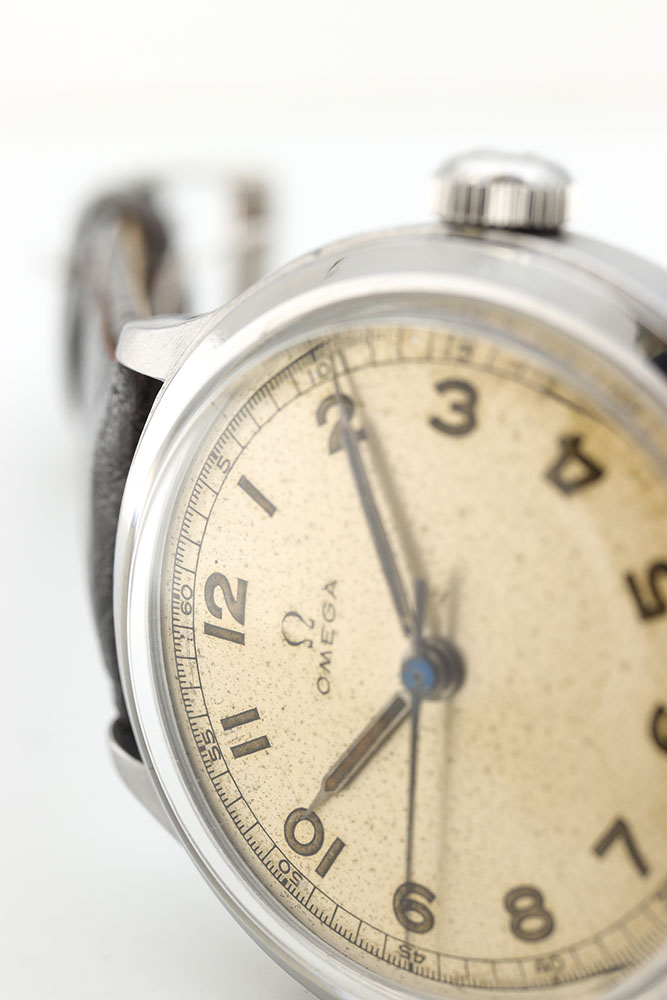 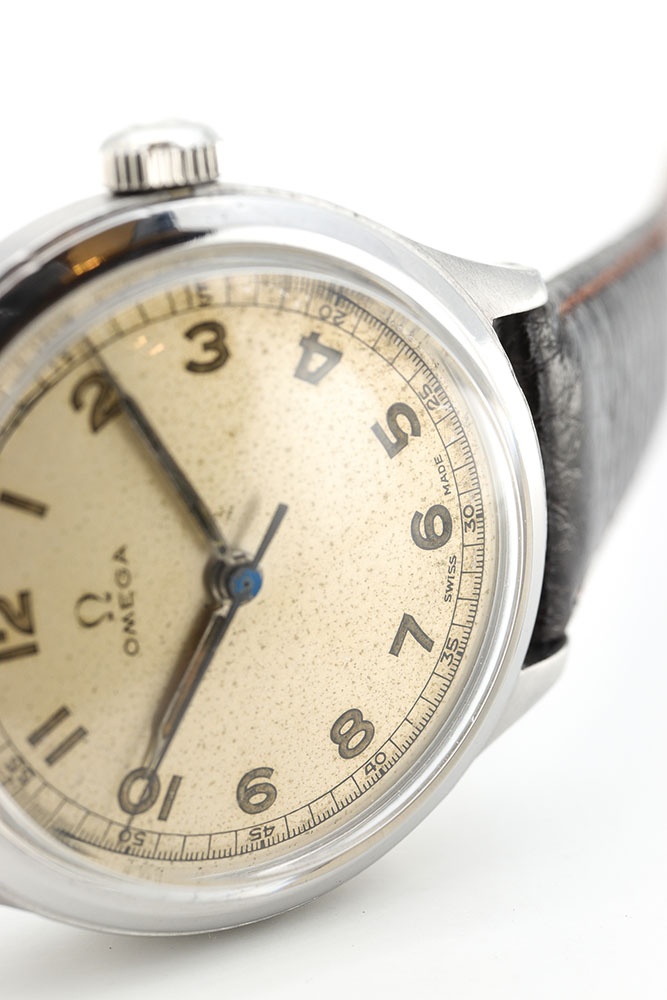 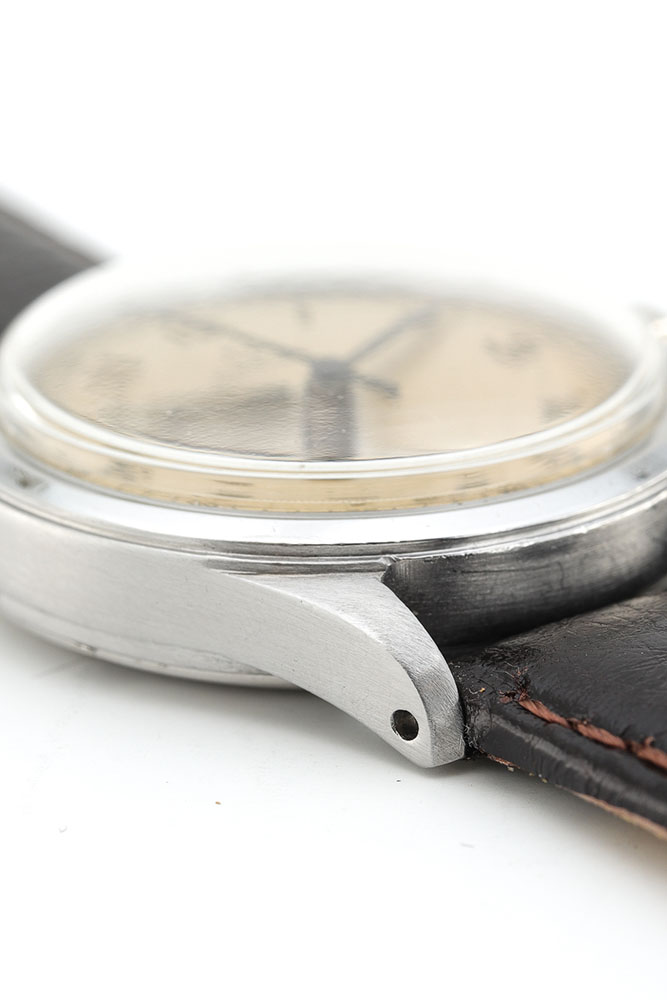 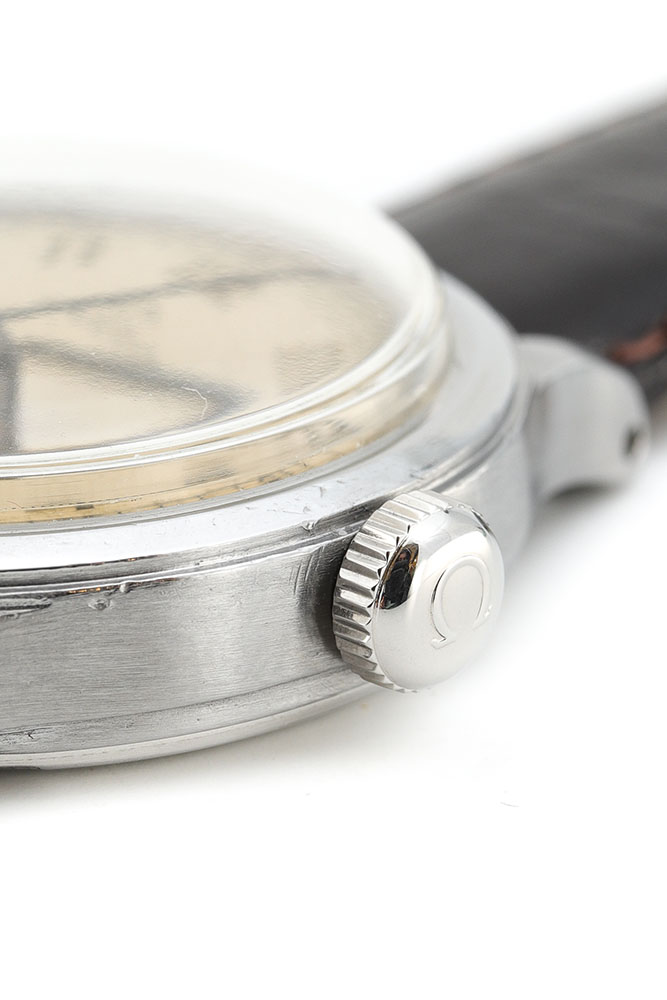 A watch with a story.

World war II was a dark time in history. Many countries were under the spell of war and, of course, the United States partook as well. A wristwatch had become a part of the standard equipment when it came to officers and the Air Force. Great Brittain had their ‘dirty dozen’, Germany had the Deutsches Heer (D.H.) army watches and the U.S.A. had the American A-11 military spec. However, in this strange and dark time in history, many watches were sold around the world to supply the armies. Even though the USA army had their a-11 by Elgin, Bulova, and Waltham, they also ordered watches at Omega.

This was the Omega delivered to the US army during the second world war and a short period after. Unlike most military watches, this Omega with reference 2179 has a light coloured dial. Almost all military watches were equipped with a black dial for good legibility so this is already a little unusual. Another fun gimmick about this dial is that the paint was very vulnerable to the luminous radium paint and UV-light. Many watches like this one have a dial which is simply damaged. The one we have is in stunning condition with its warm creamy colour with undamaged hour indexes and a super neat minute track. The military style hands which swing above the dial are original and spotless. The 35mm stainless steel case is still in great condition too.

You wouldn’t think right away this is a military watch. The case back of this piece does not have ‘US Army’ engraved on the inside or outside, which to some should be in there. However, some watches we’re simply back up stock or watches used in training facilities which had a clean case back, and this is one of those pieces. With this watch comes the extract of the archives from Omega confirming this watch was delivered to the US Army making it a cool story and a true collector’s piece.

Visit our store in the Reestraat, Amsterdam, to see this watch among other interesting military pieces we have in stock.