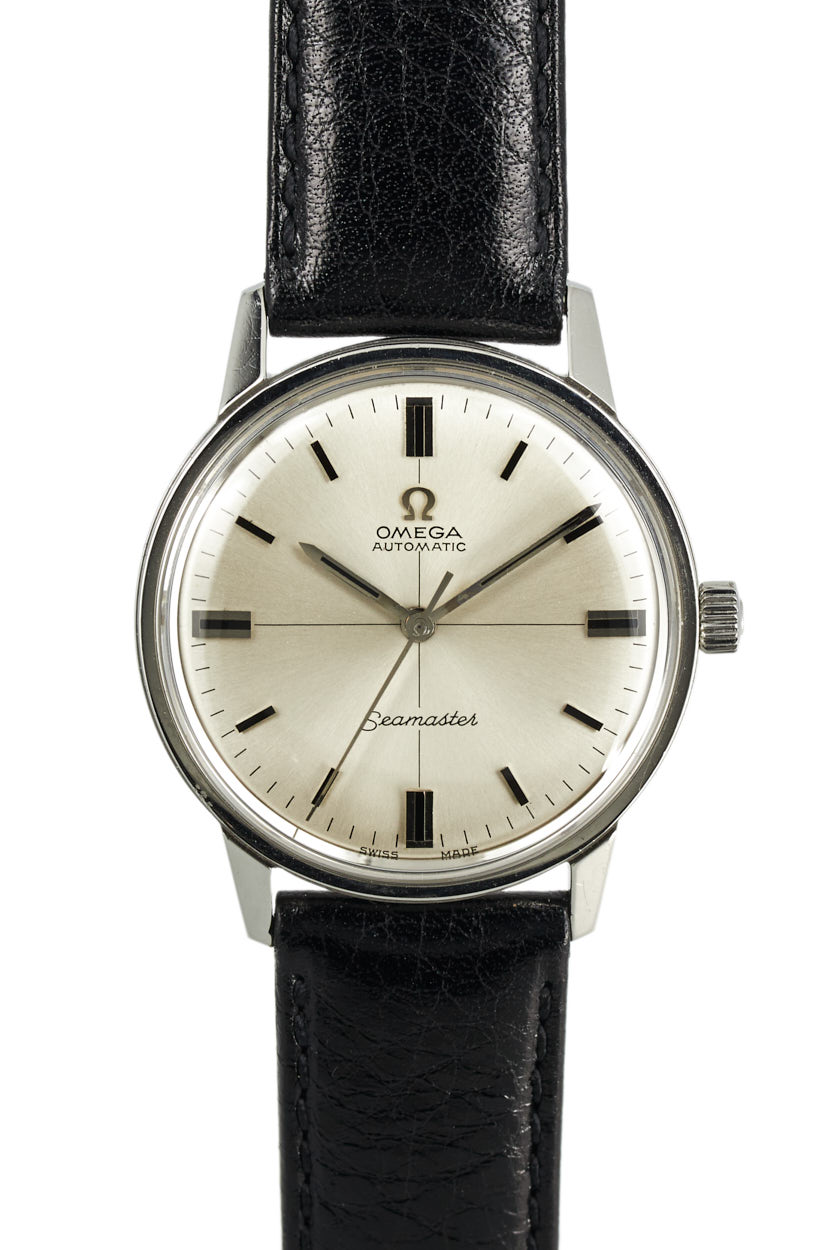 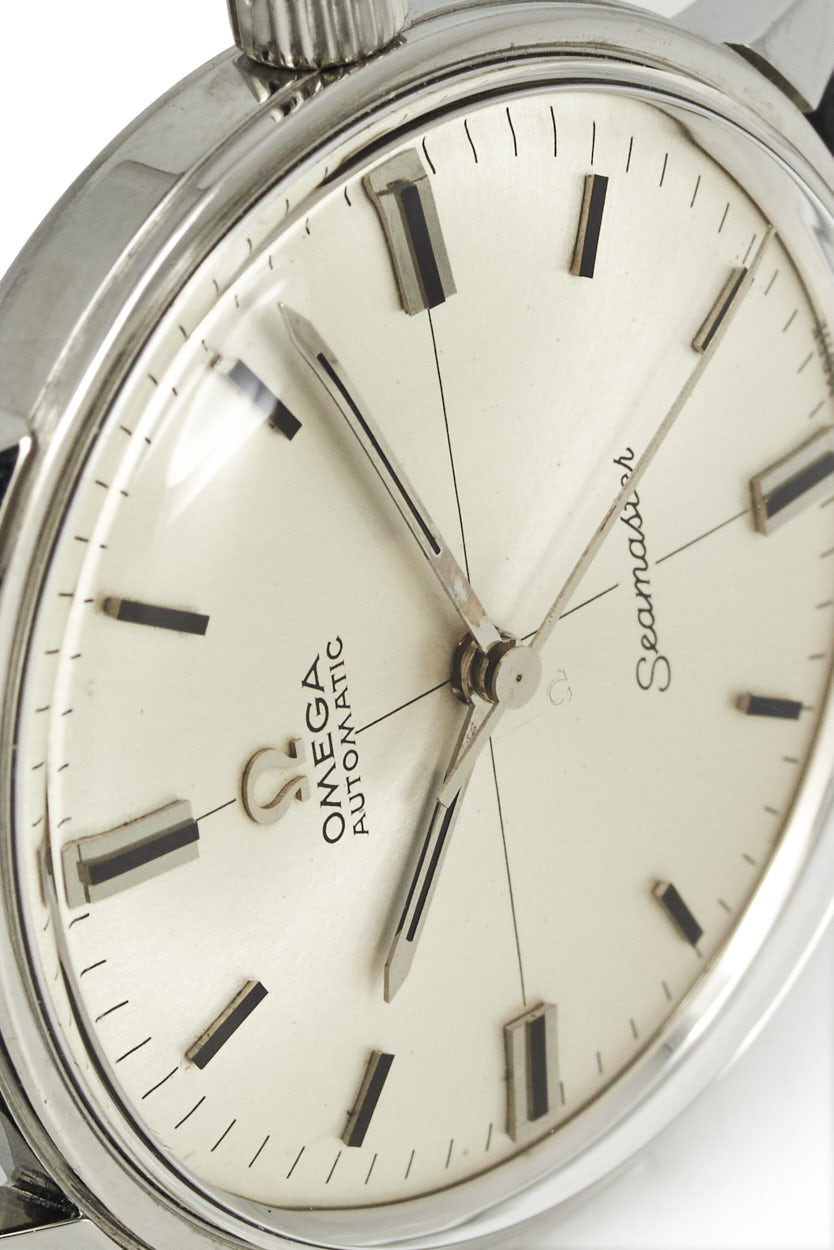 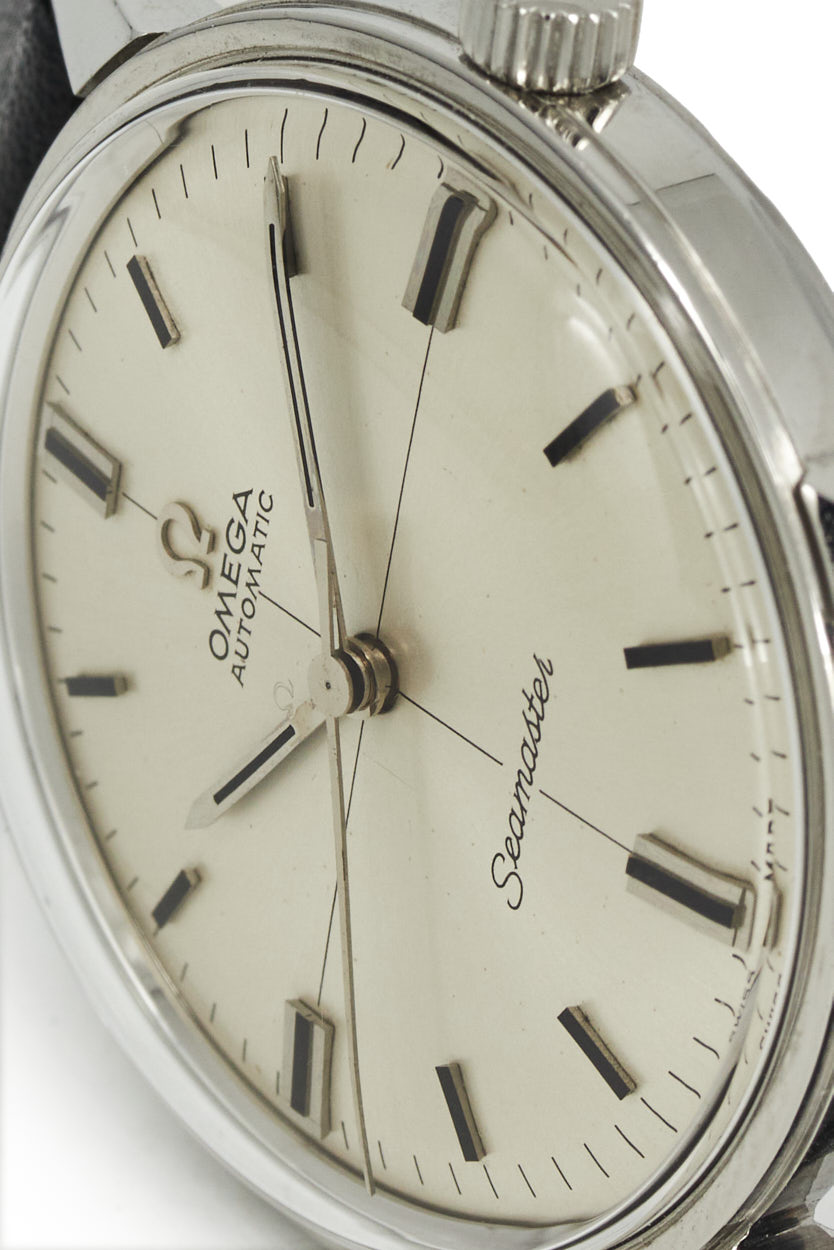 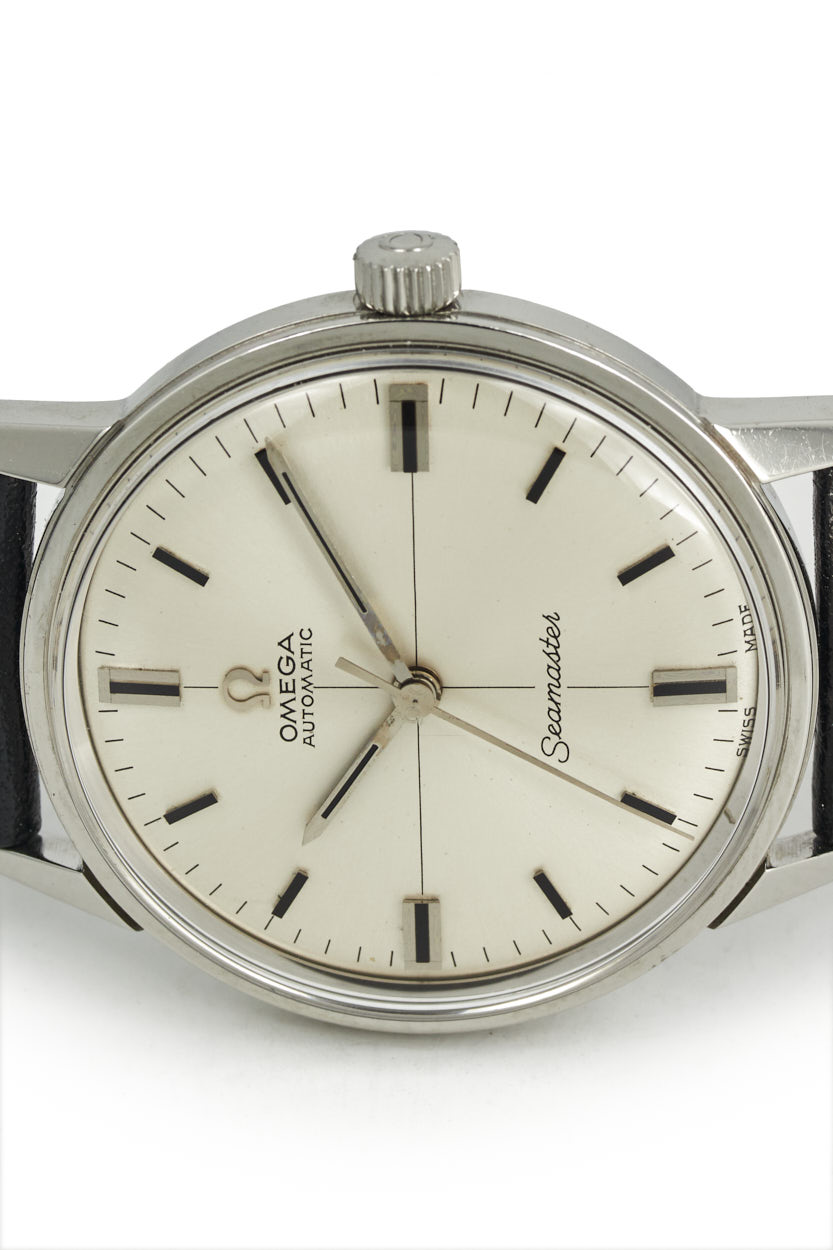 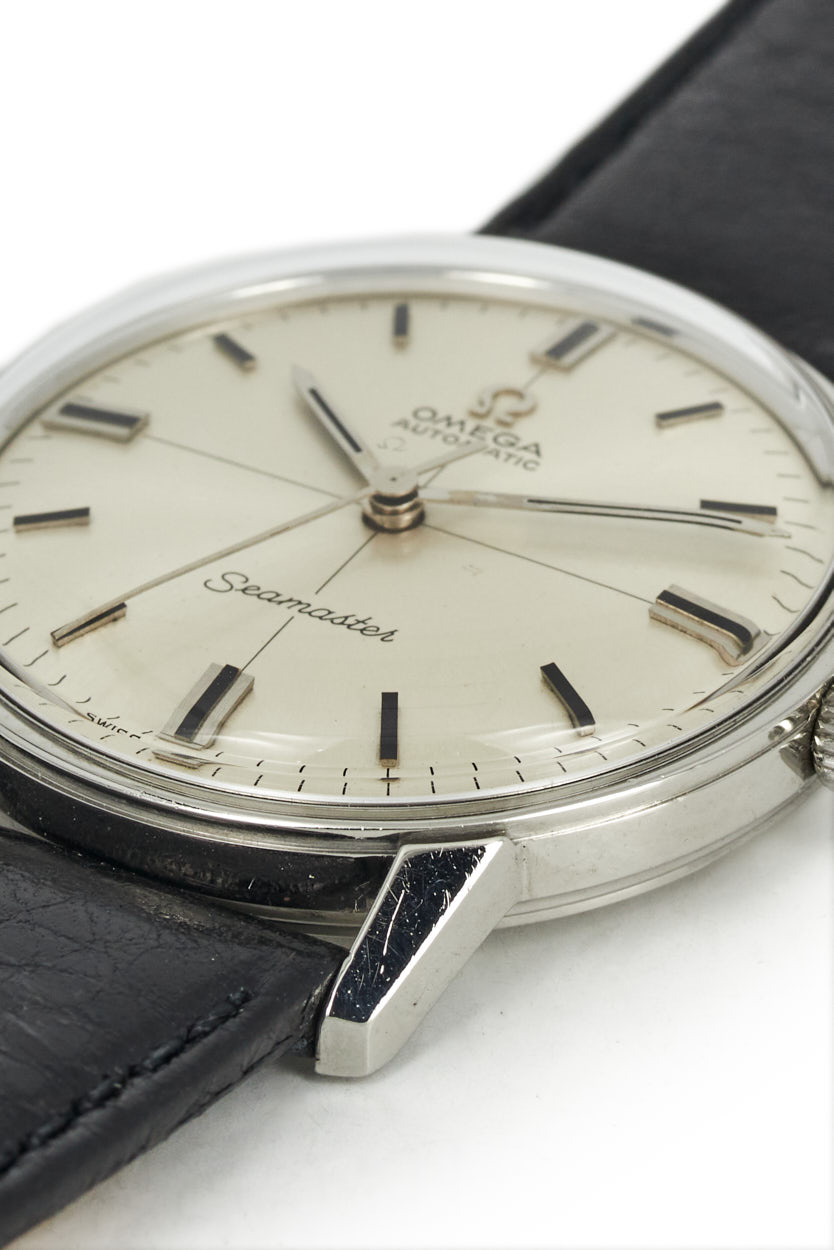 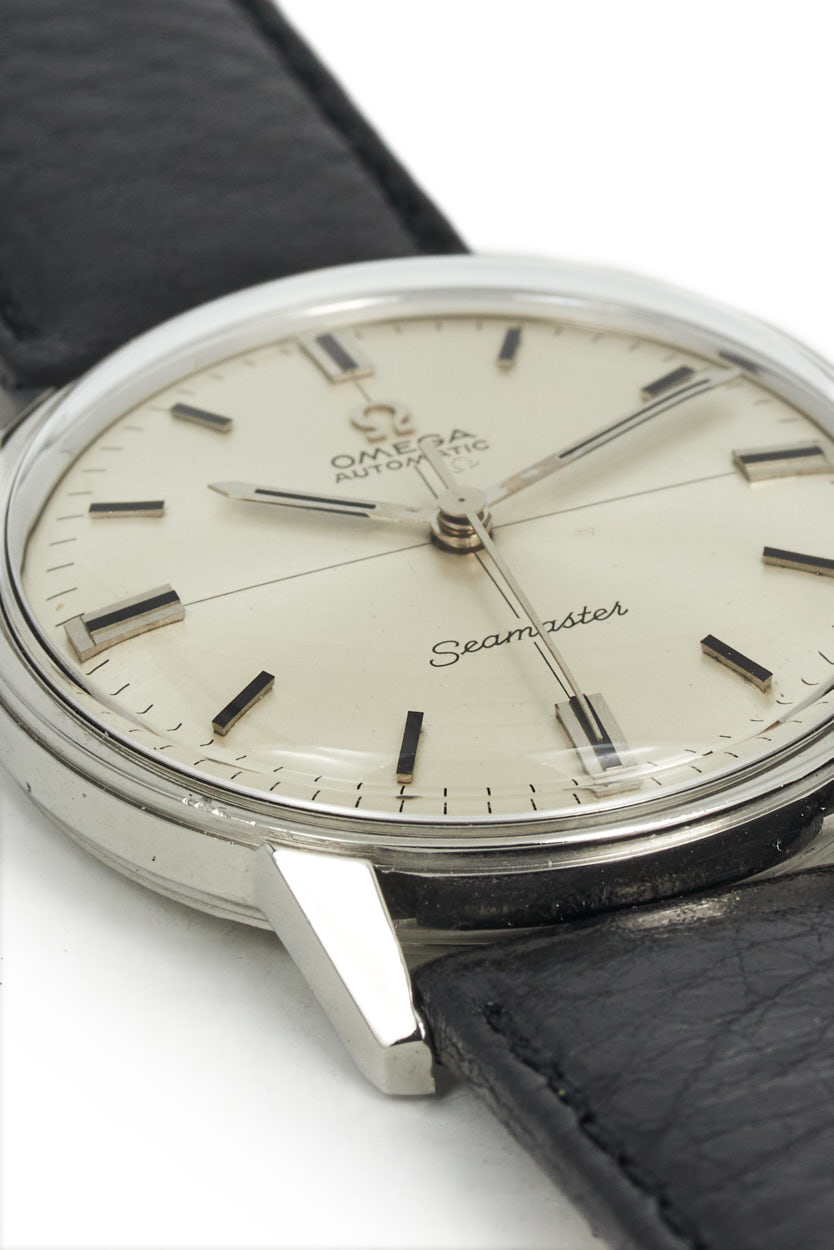 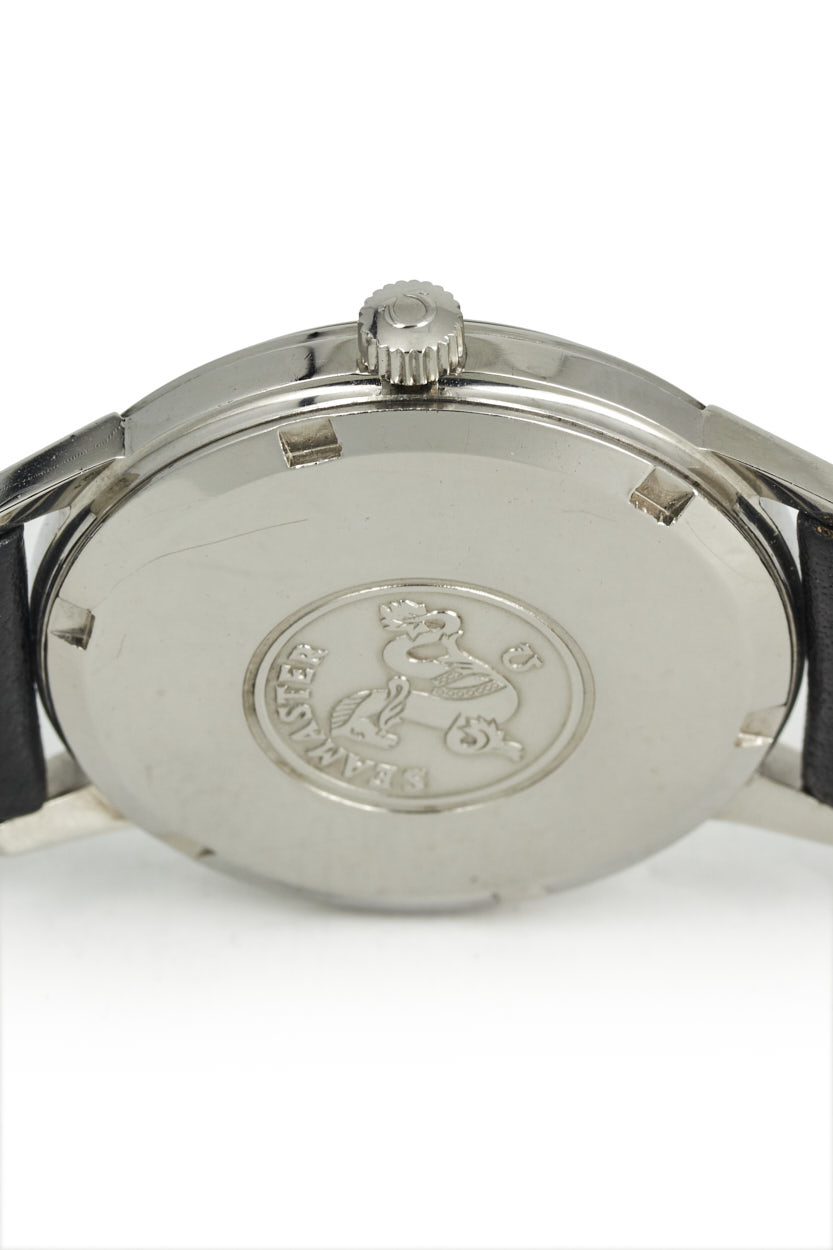 The 1960’s Omega Seamaster space is full of beautiful hidden gems. This is certainly one of them!

Let’s jump straight to the heart of the matter: the dial. This one is absolutely stunning! It is in near-perfect condition, as if time has not gotten its greedy hands on it.

This is a no-lume dial. The hands and indices are black-filled, rather than lumed. It is also a cross-hair dial, with its razor-sharp lines crossing from 12 to 6 and from 3 to 9. All in all a very, very attractive dial.

This beauty is powered by the reliable Cal. 552 Automatic. We have opted for a black strap, to mirror the black-filled hands and indices. But if you want to get a little more creative, we are happy to fit something different entirely.