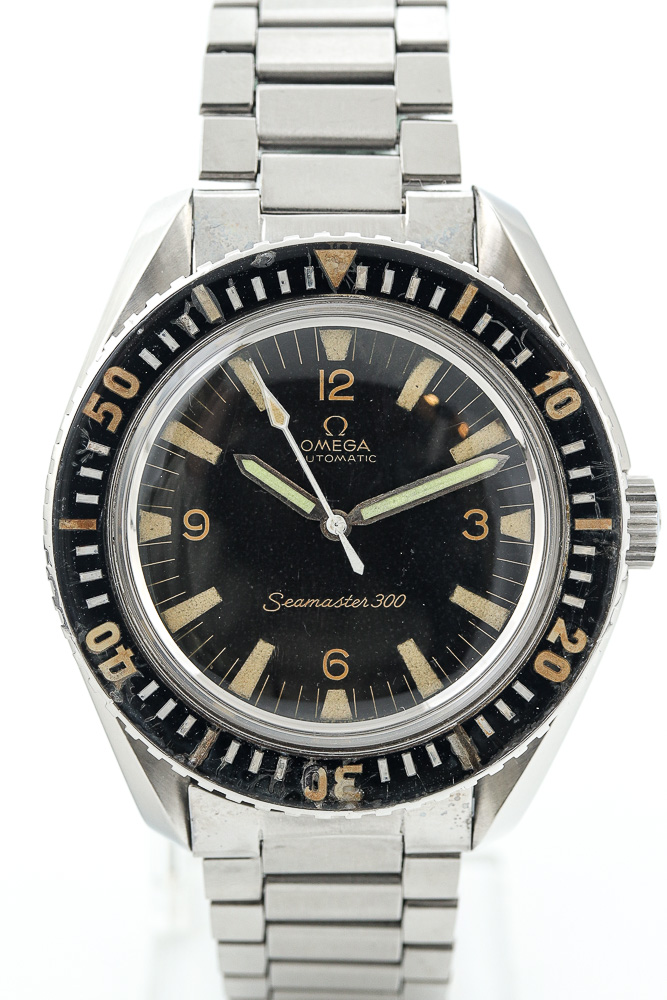 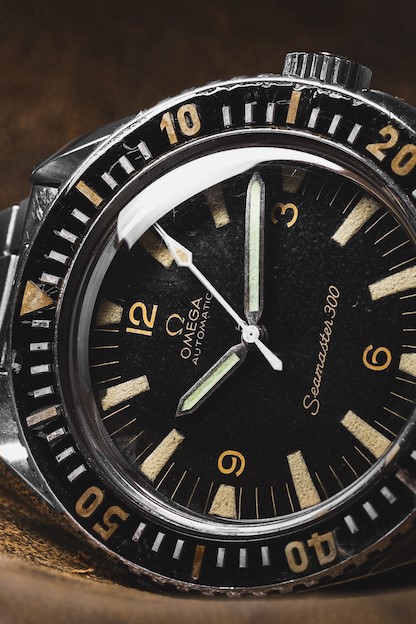 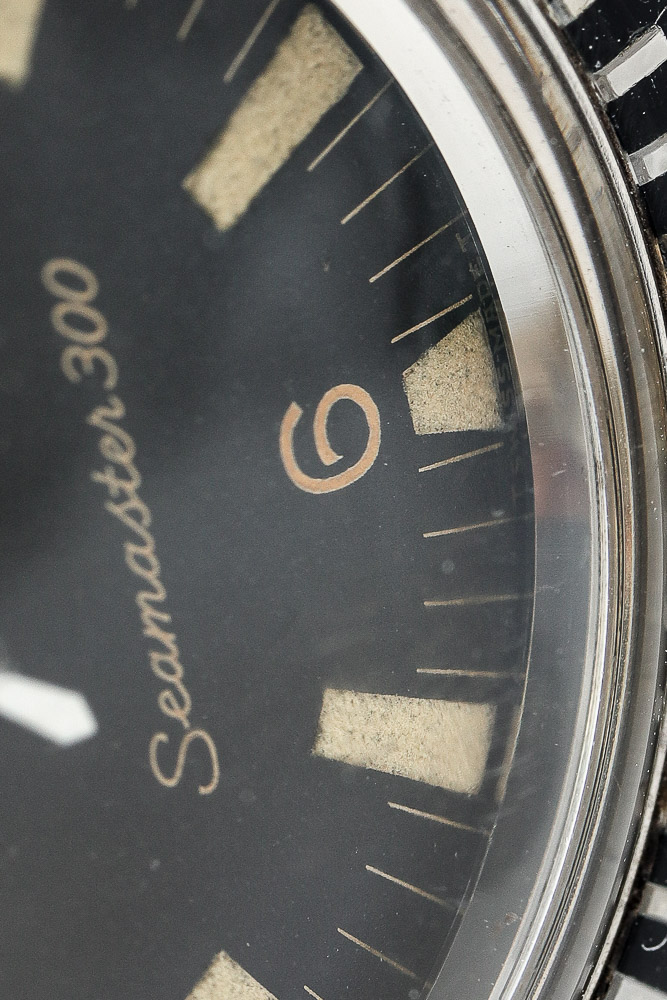 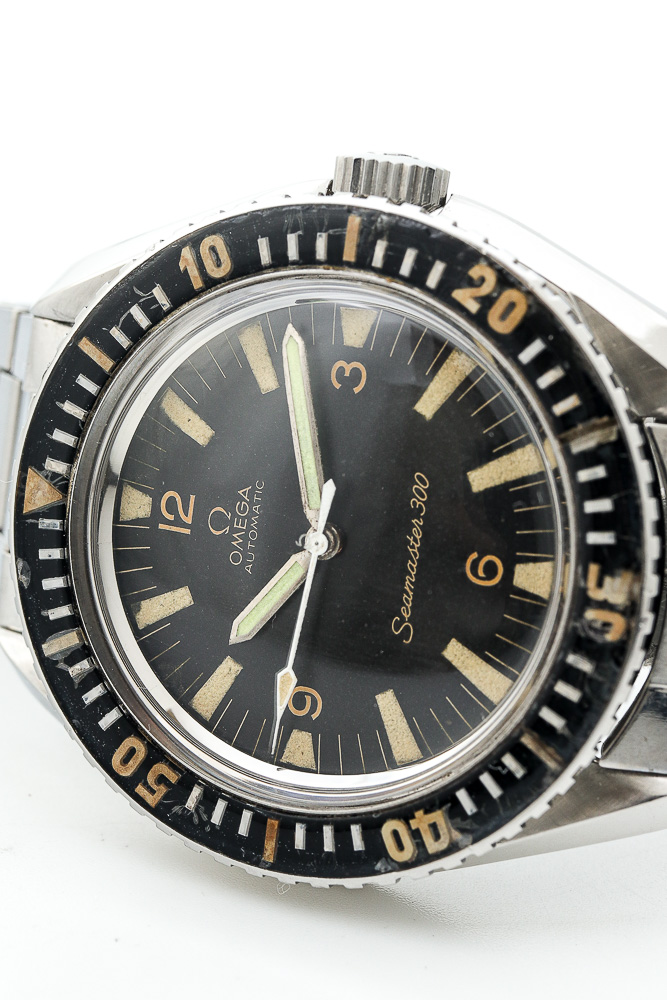 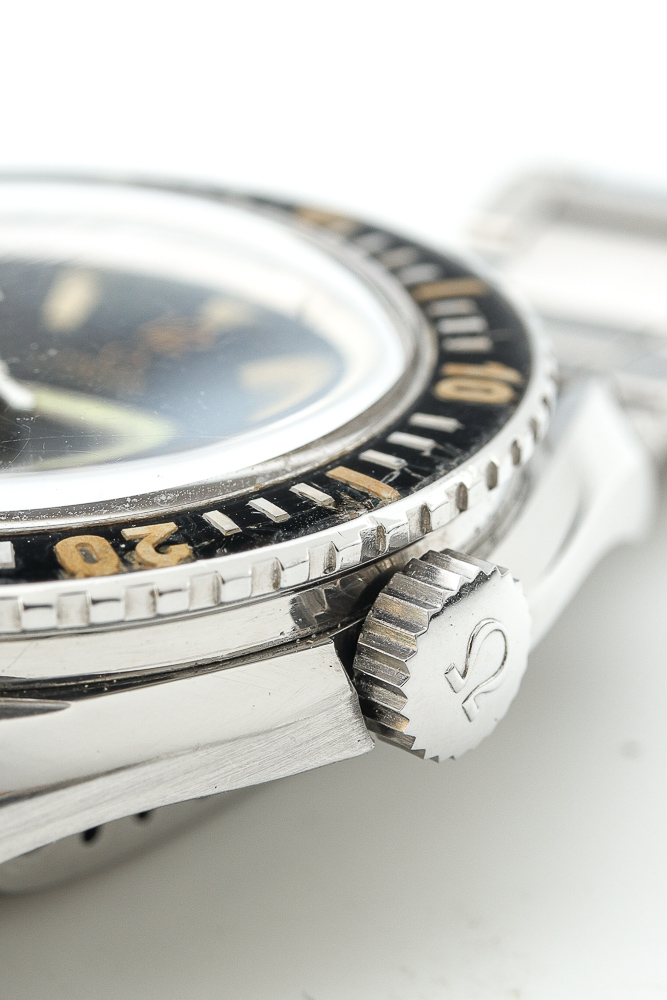 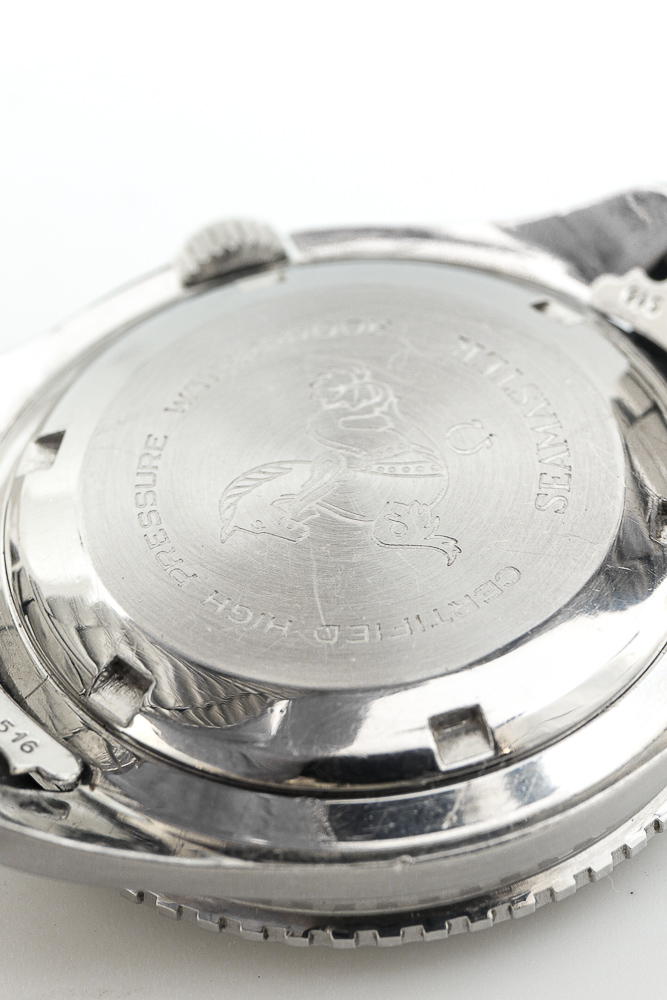 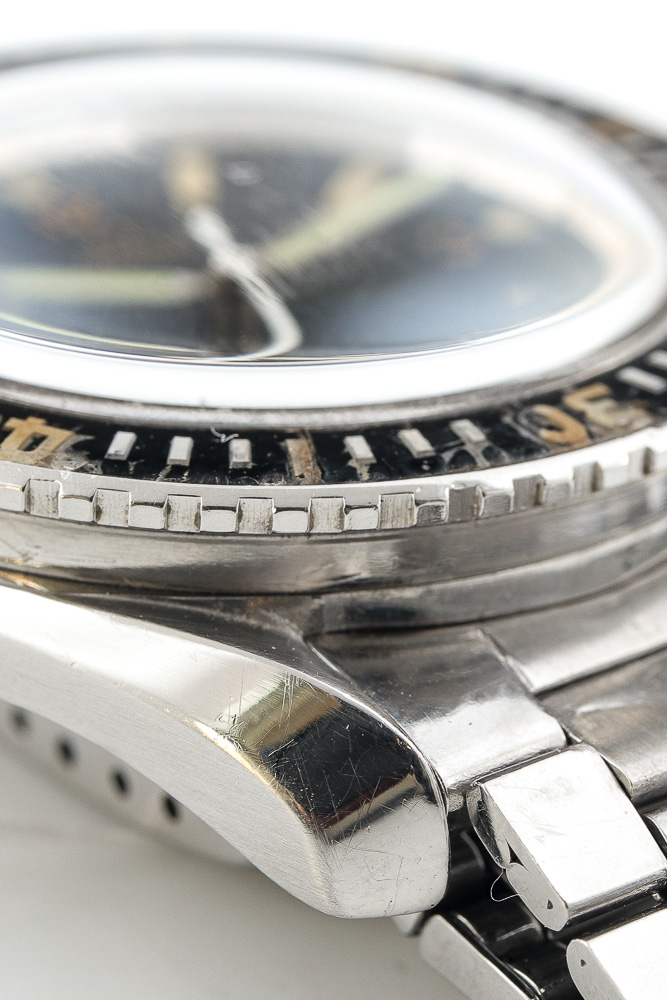 A Seamaster for the collectors.

The Omega Seamaster was introduced in 1948 with the 100th birthday of the Swiss watch brand. When Omega released the Seamaster in 1948, they had no idea of what the future would bring for the collection. For the past 69 years, Omega produced a staggering array of Seamasters to suit a variety of needs; from solid gold dress watches to solid blocks of stainless steel used for dive watches, from soccer timers to world timers, the Seamaster has seen them all.

The Huguenin freres case grew to 42 mm for increased waterproofness and the bezel became a full bakelite one. The arrow hands were replaced with batons or military hands depending on the year and location. The Seamaster we have on offer is from 1964 and it’s a real collector’s item. Omega started to perform dial and bezel variations on this reference, and because of this, we can inform you about how original this piece really is.

Starting with the dial; gold letter printing, gold quarters and a small triangle, this dial was used only in 1964 and 1965. All following dials in Seamasters would never have gold letter printing again making this a significant early model. The bezel has some characteristics of its own, in ’64 and ’65 the number 4 was rectangular and the 3 has a flat character, by the end of 1965 this changed again. These bakelite bezels are very prone to cracking so having this original part on is a good thing for the value and collectability of this package. The folded Omega bracelet with 516 end links is not the exact right bracelet for this 1964 watch but was used on the Seamaster from 1966 and 1969, so it still adds to the vintage character and value of this watch.

Vintage diver’s watches are more popular than ever and this beautiful and rare Seamaster is a real addition to our collection or someone else’s. Contact us or visit our store for more information. We’re located in the Reestraat, Amsterdam.