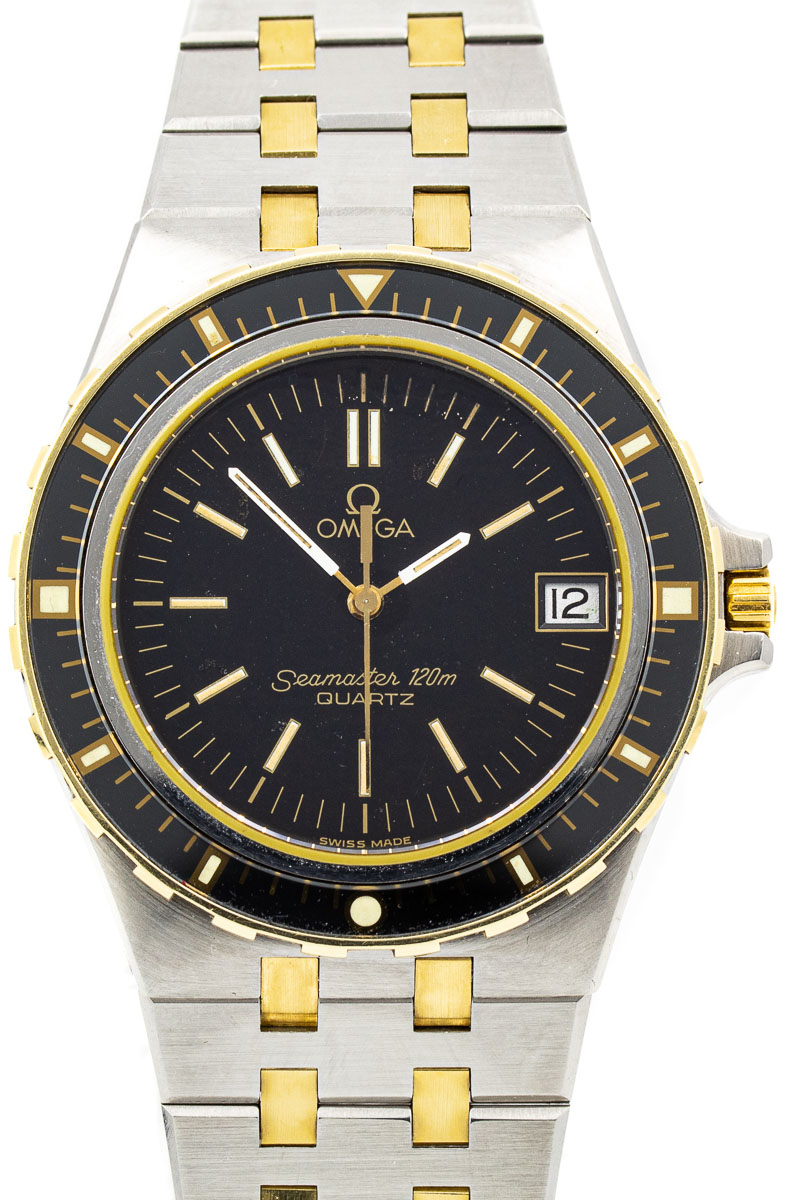 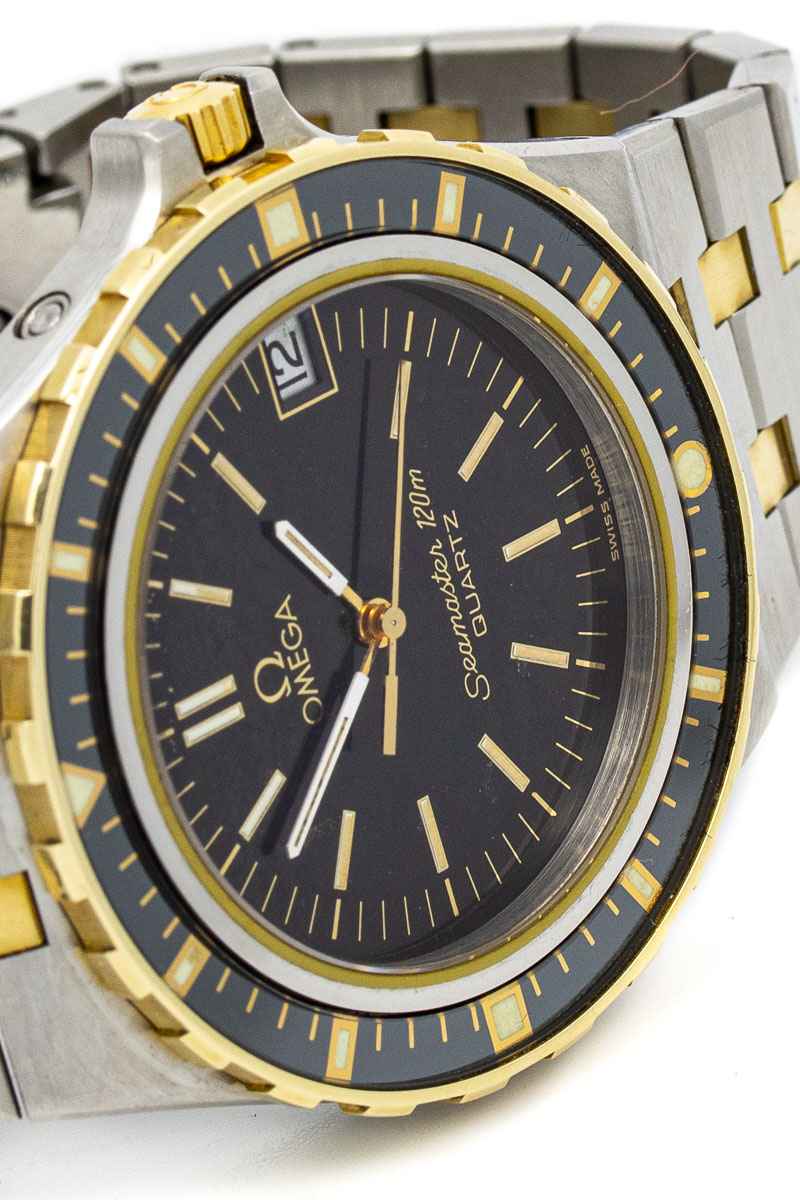 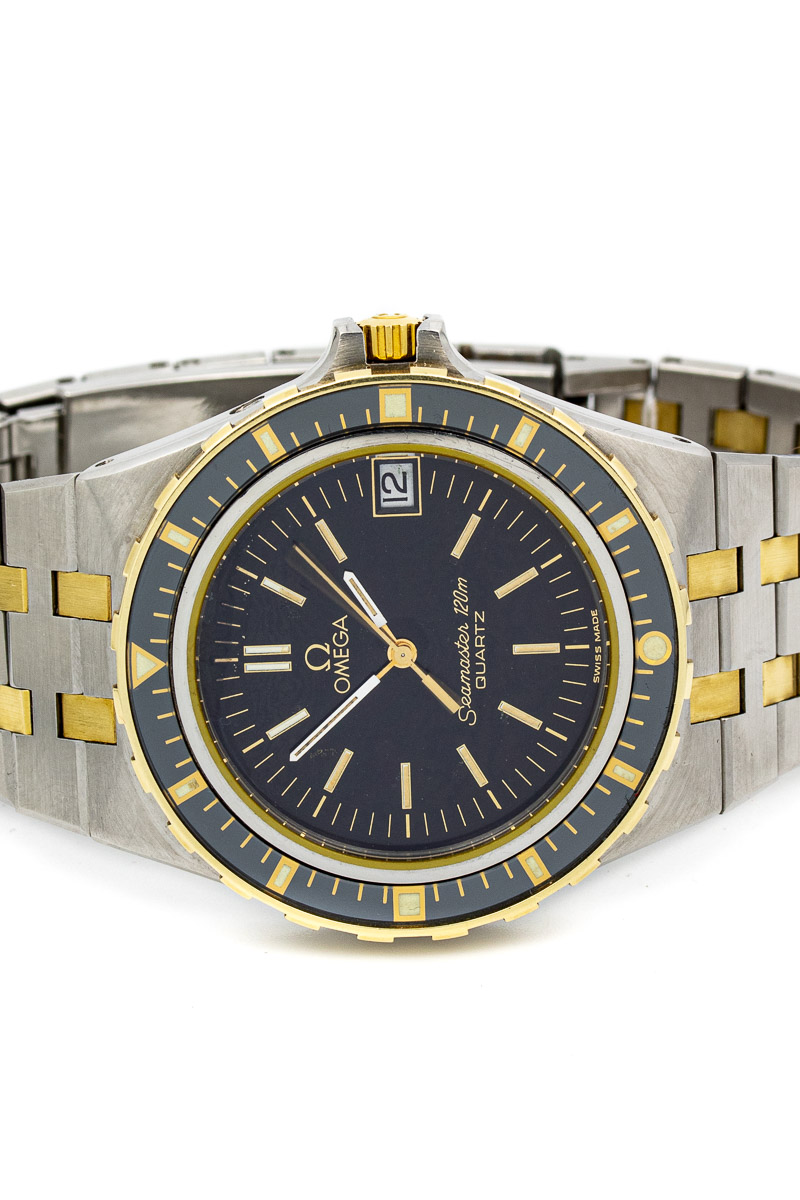 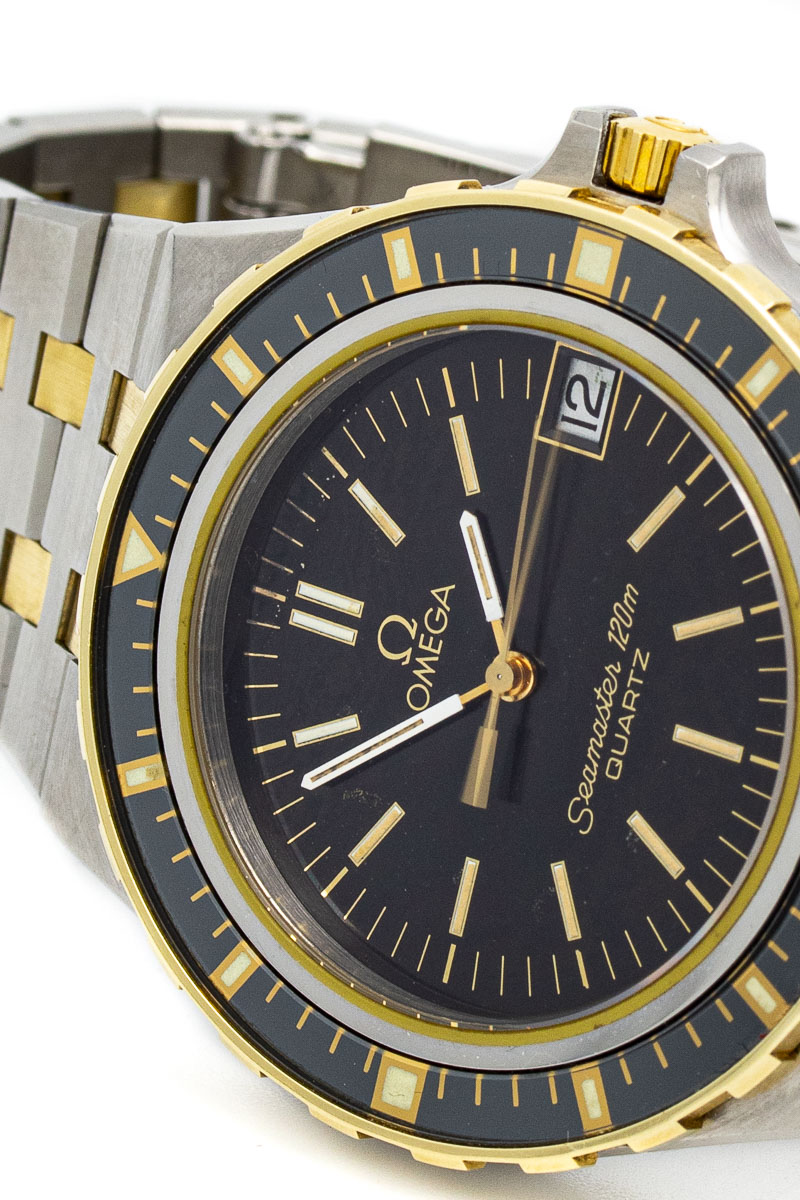 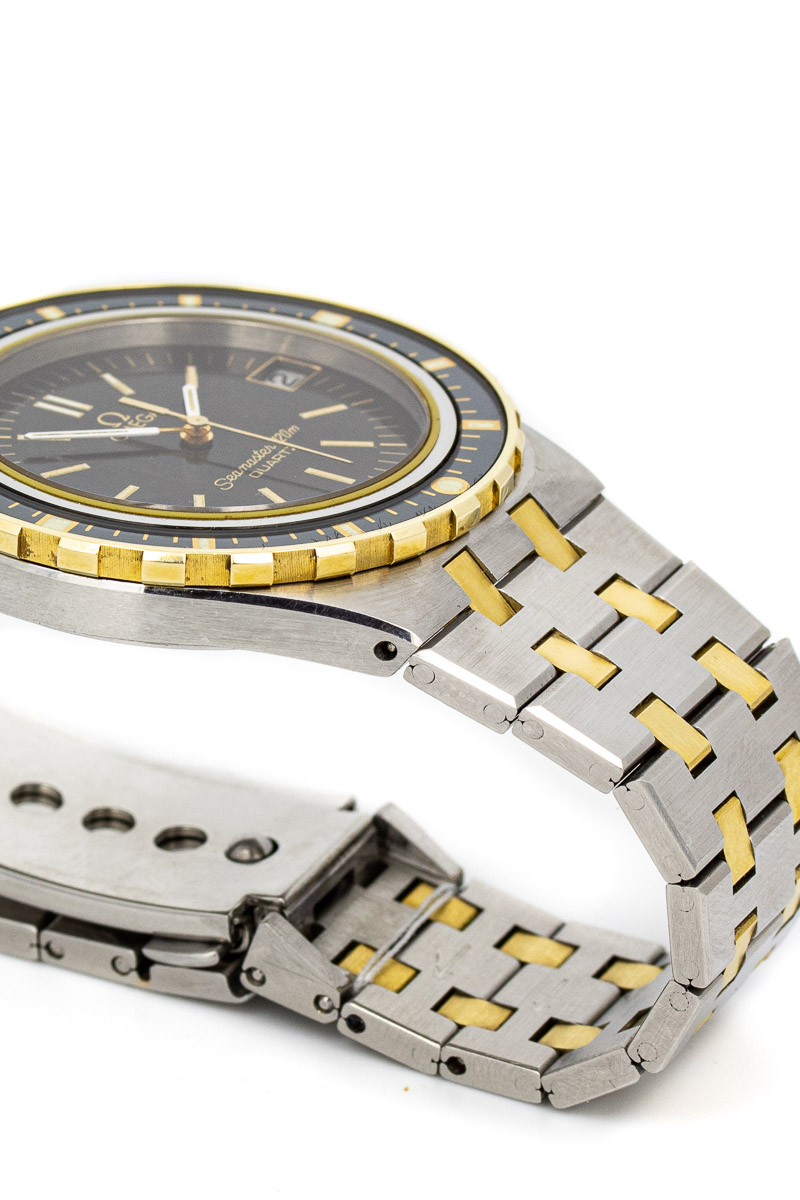 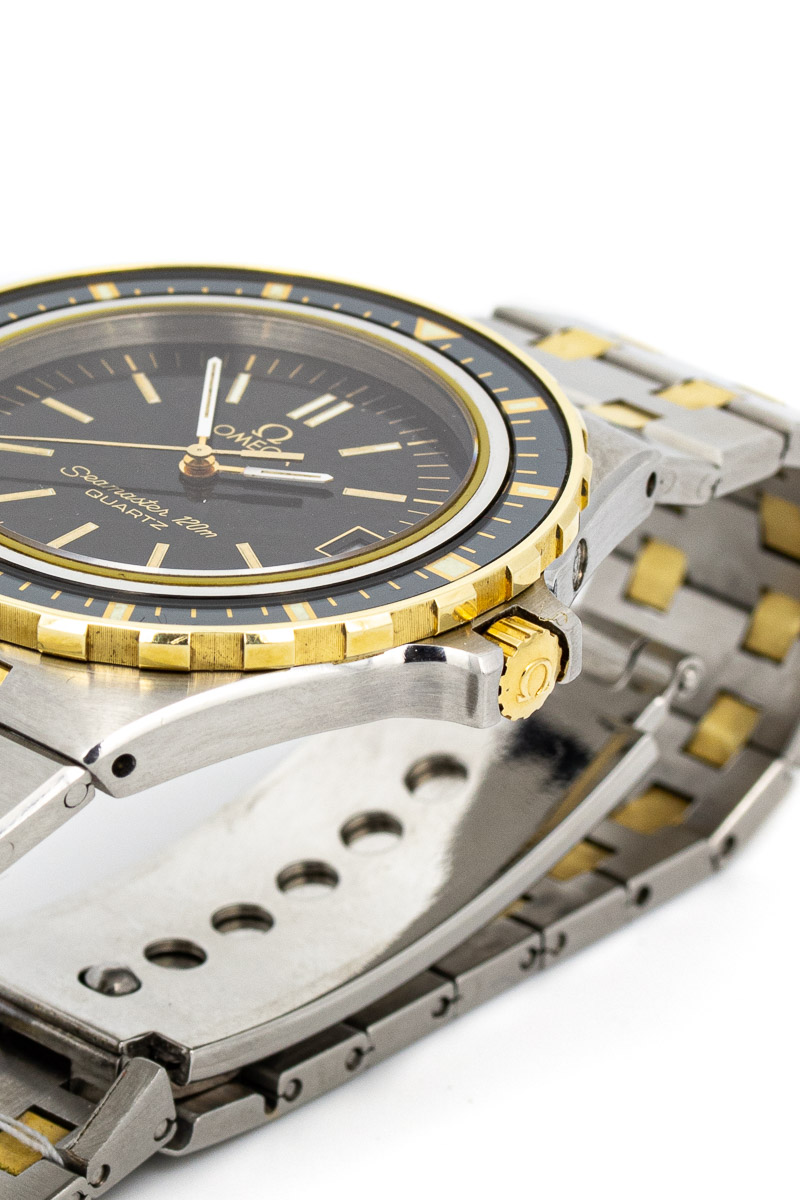 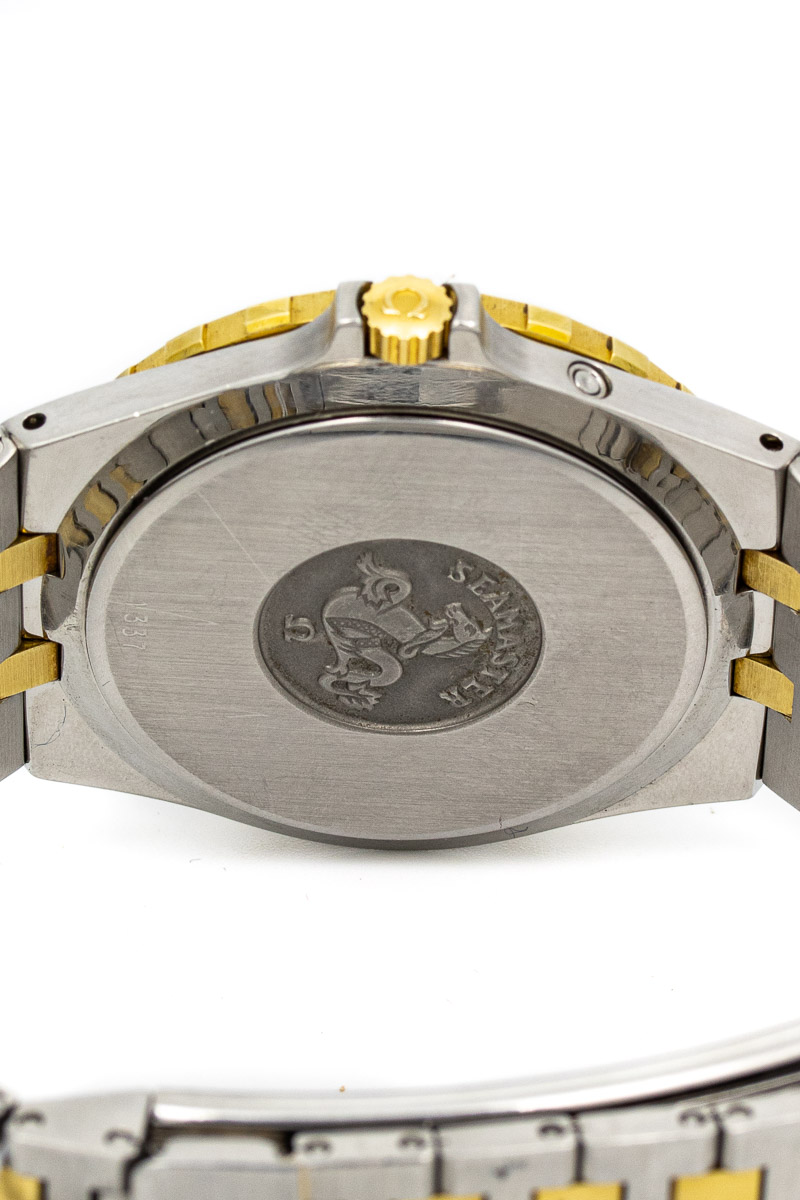 Do you ever wonder what would happen if two of your favorite watches would have a baby together? We would love to see the offspring of a Rolex Submariner and an Omega Speedmaster. A Speedmariner! Or would it be a Submaster?

Well, as it turns out, there must have been some secret love affair going on in the late seventies, between an Omega Seamaster and an AP Royal Oak. And, as you might expect, the baby turned out pretty darn beautiful! We present Omega Seamaster 120 “Jacques Mayol”.

This watch earned its nickname when it accompanied legendary French diver Jacques Mayol on a record-breaking freediver off the coast of Elba in 1981. Mayol reached a depth of 101 meters on a single breath of air. The Seamaster 120 Quartz was on his wrist.

The quartz movement allowed this serious diving tool to be only 7mm thick. Combined with the steel and 14k yellow gold colorscheme and subtle 37mm size, it is extremely elegant for a dive watch. Oh, and it is rare too! What else could you desire?