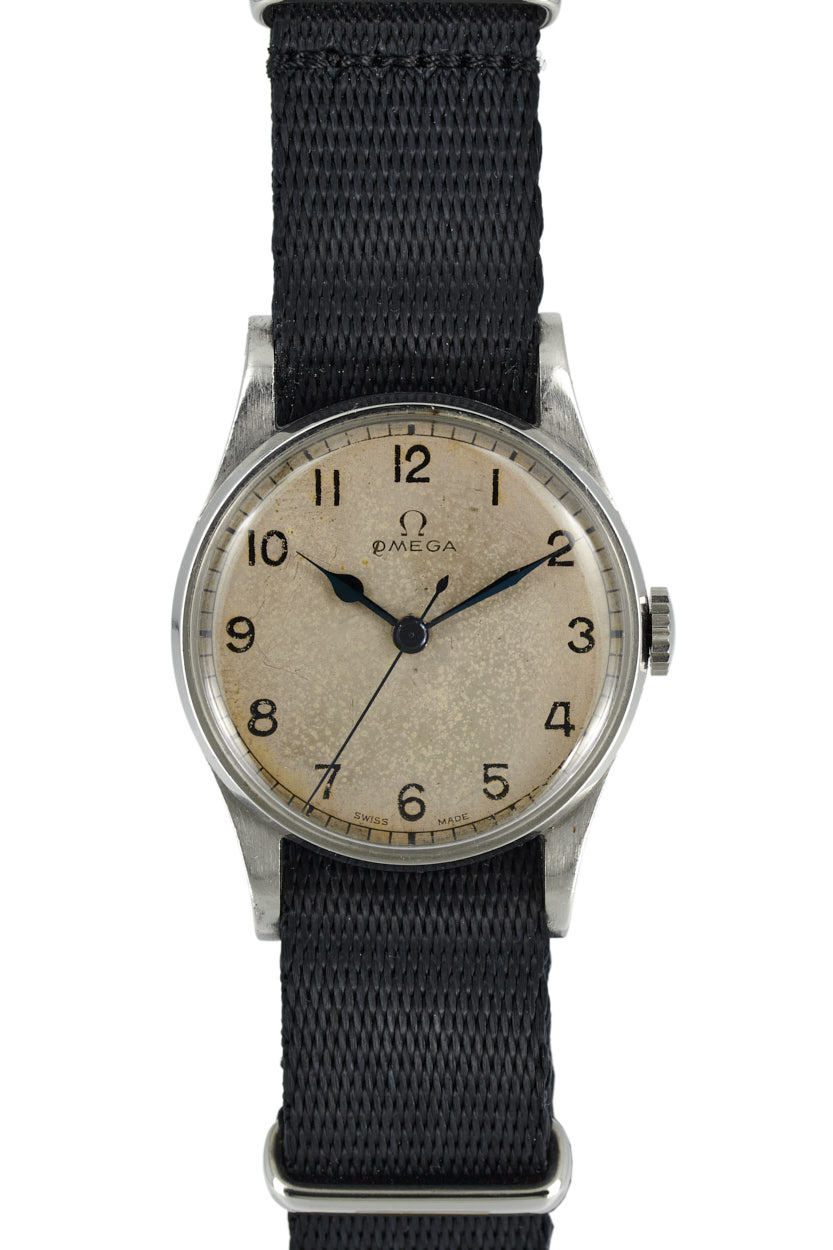 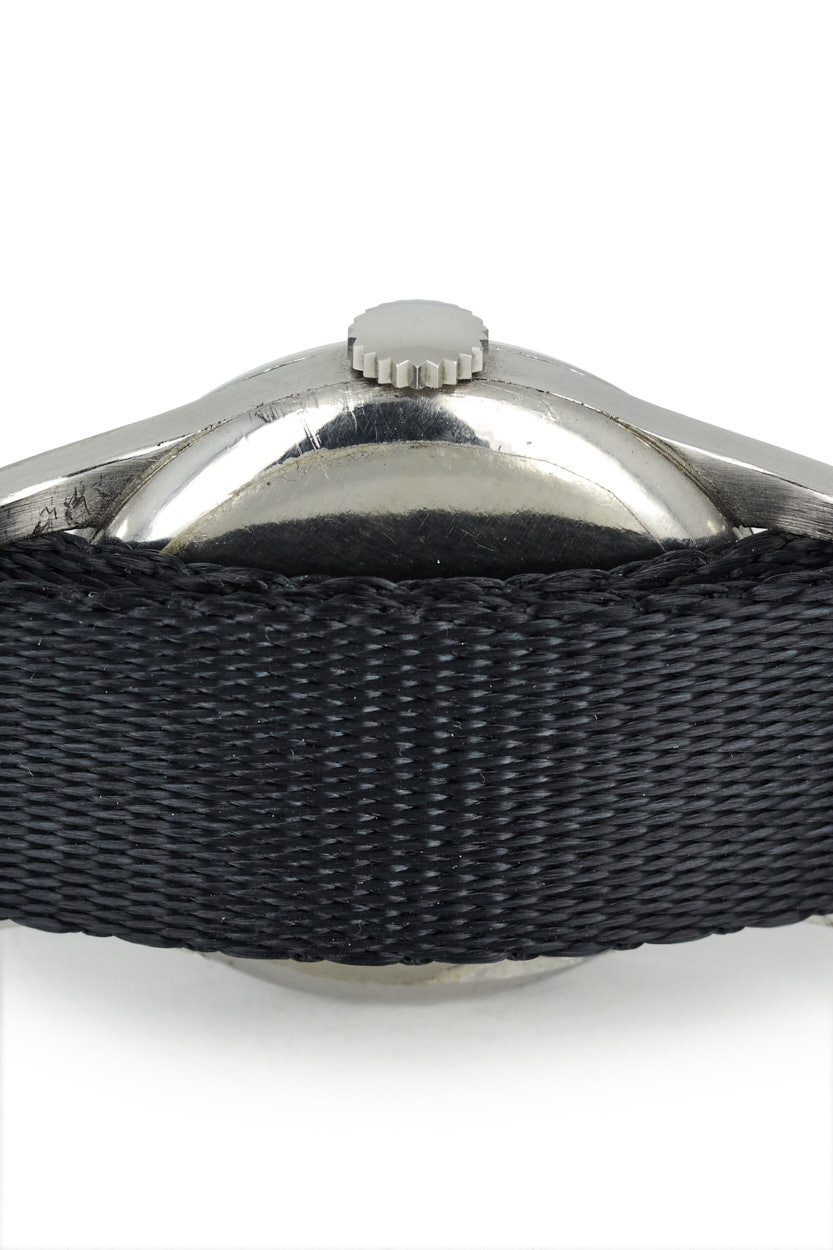 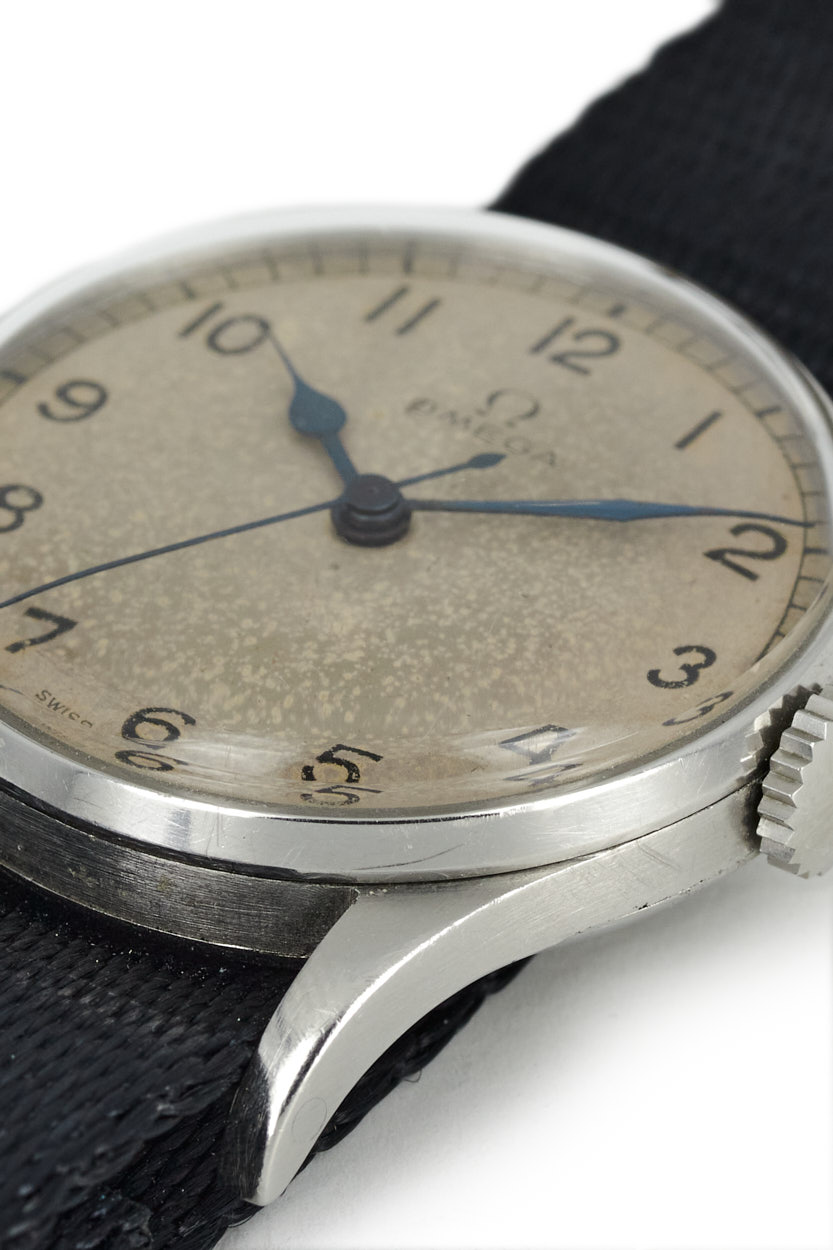 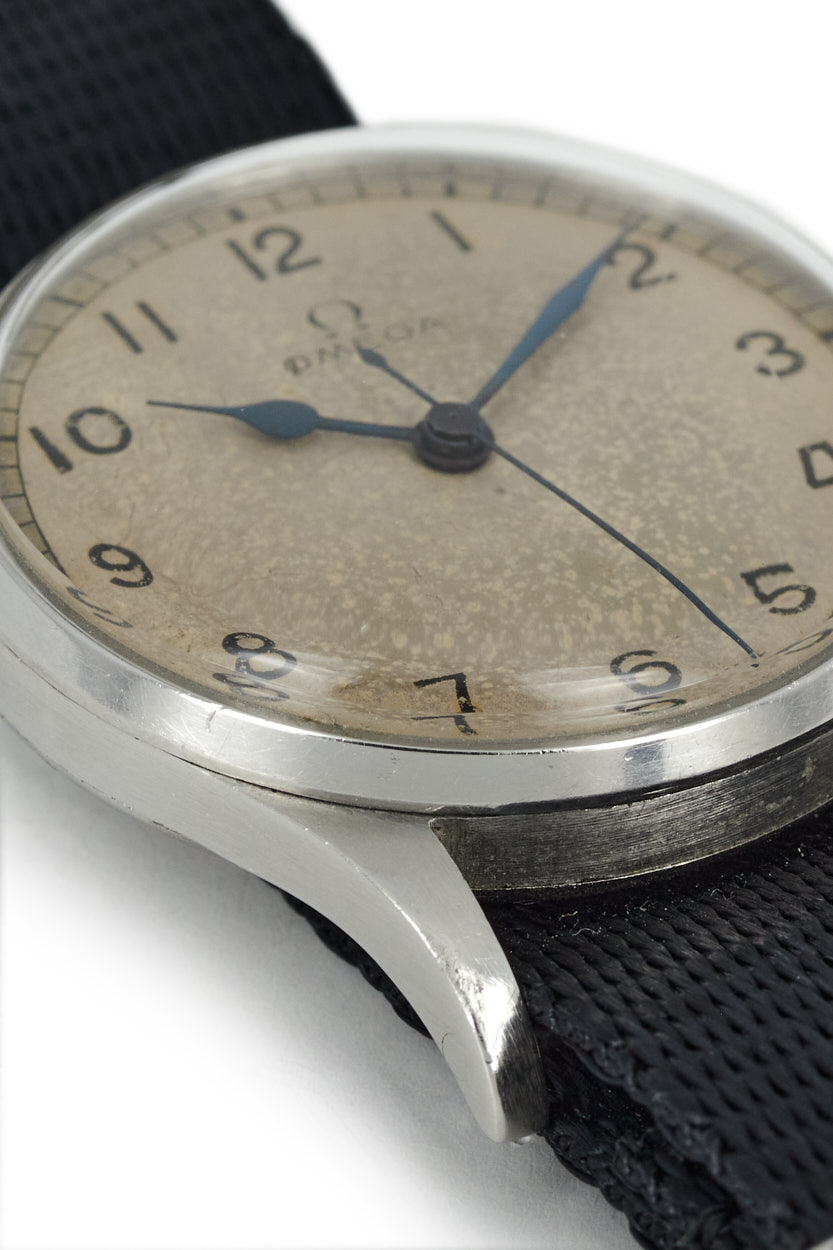 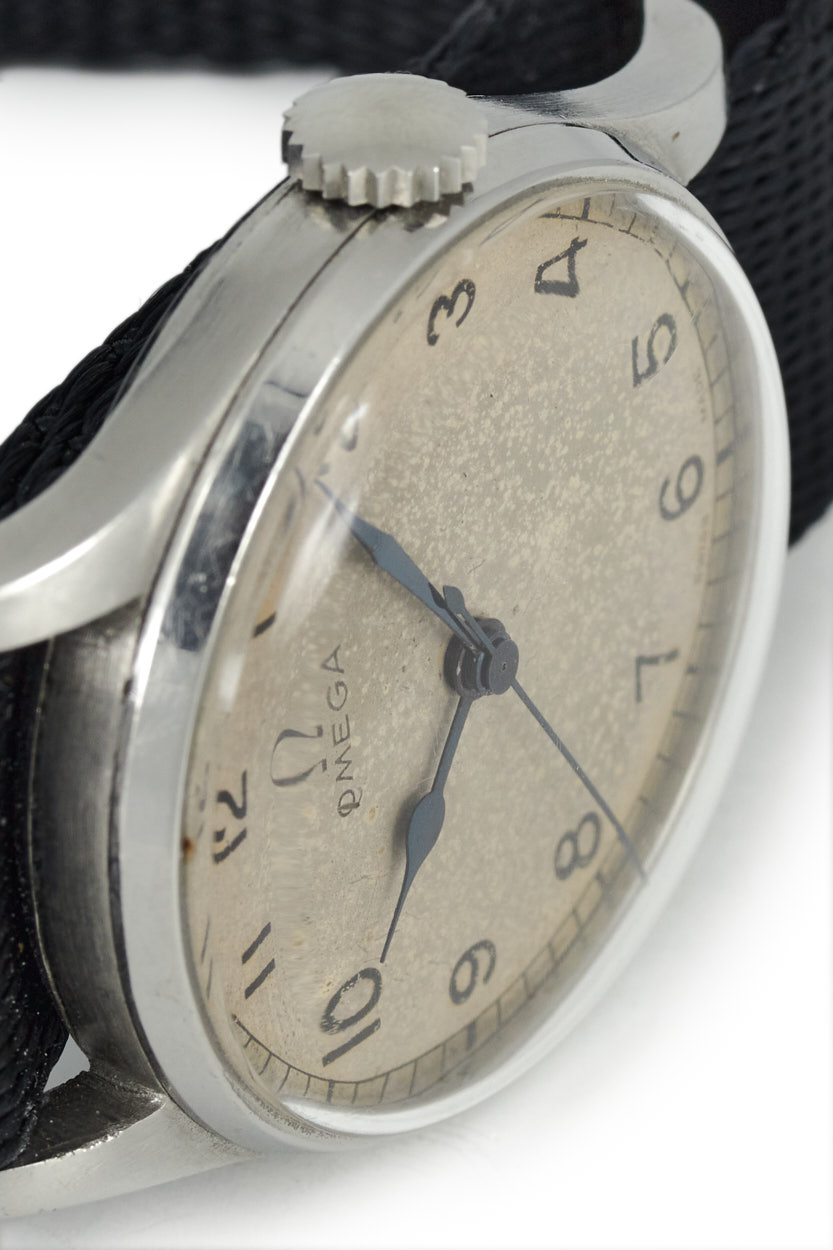 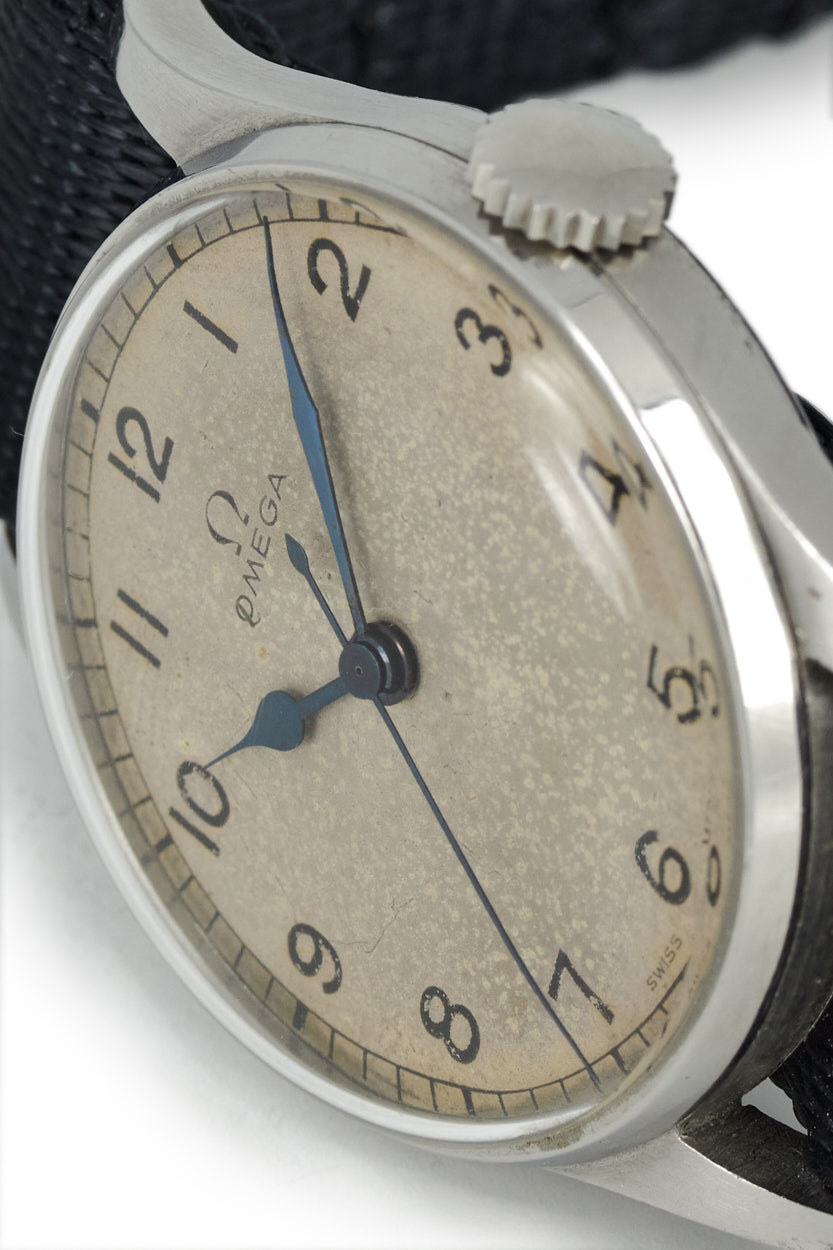 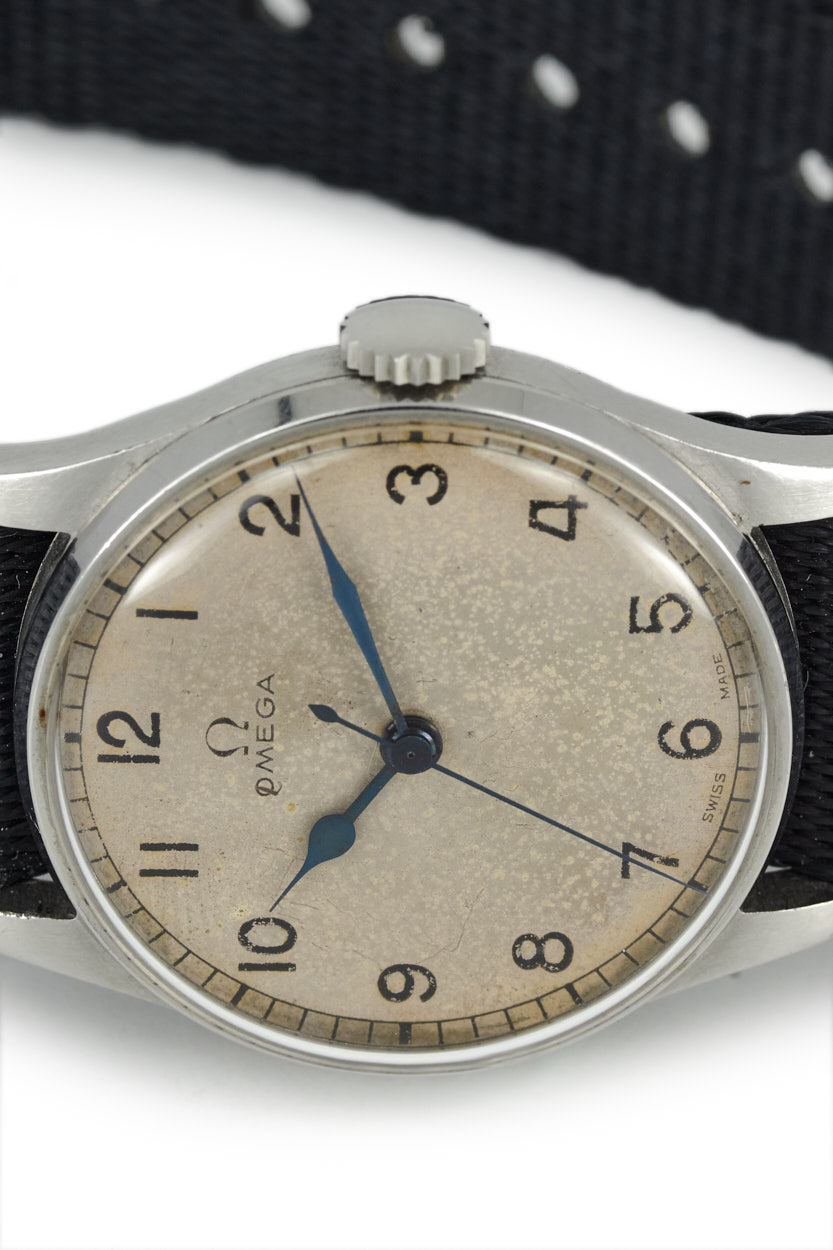 Here we have something rather special from WWII: A military-issued RAF pilot’s watch by Omega, dating back to 1943.

These watches were produced to Mil-Spec by the British Ministery of Defense for RAF pilots and navigators. They were used by brave young pilots throughout the second half of the war.

The cases were made of Duralumin, a special alloy of aluminum, manganese, magnesium, and copper. While there are stories of this alloy being used for its lower glare in the cockpit compared to stainless steel, it is far more likely that a shortage of steel was the reason for using something different.

While the case was made of Duralumin, the case back was actually steel. This one comes with the associated military engravings, making it extremely attractive.