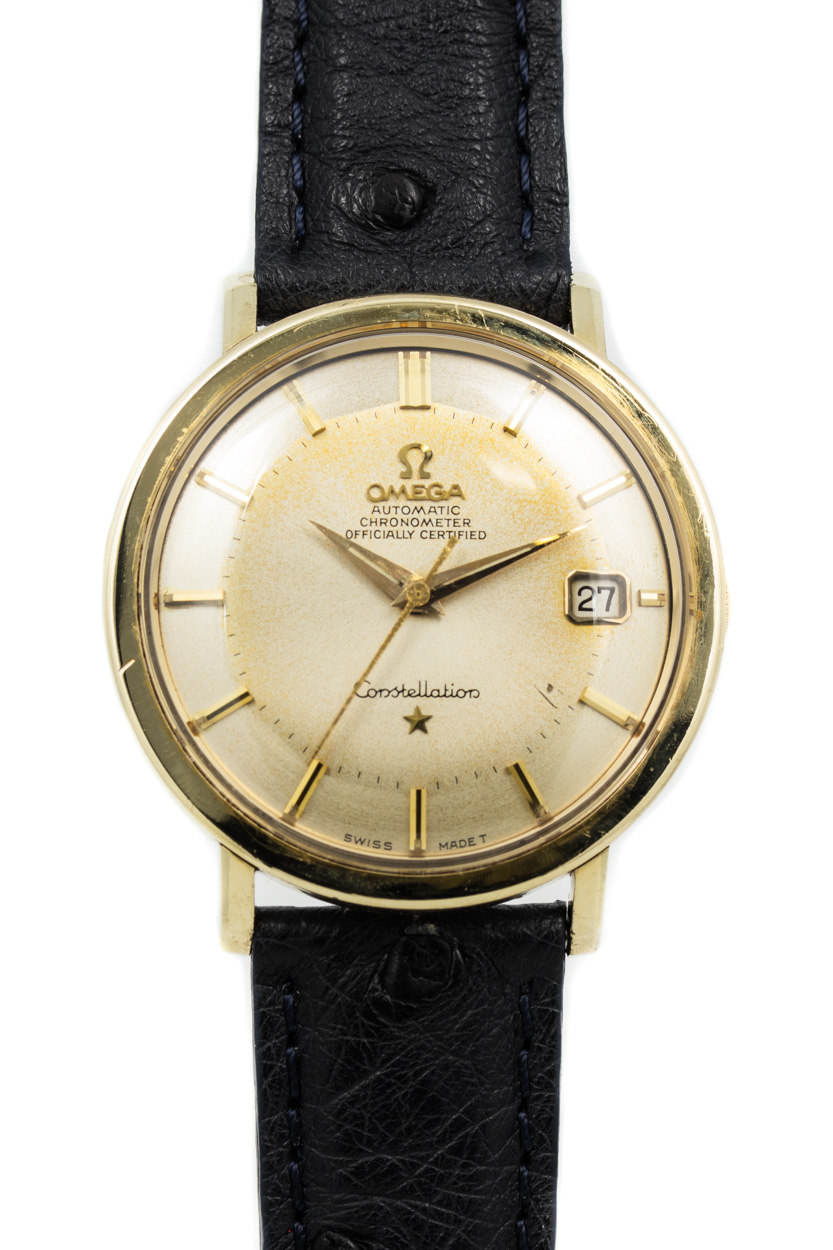 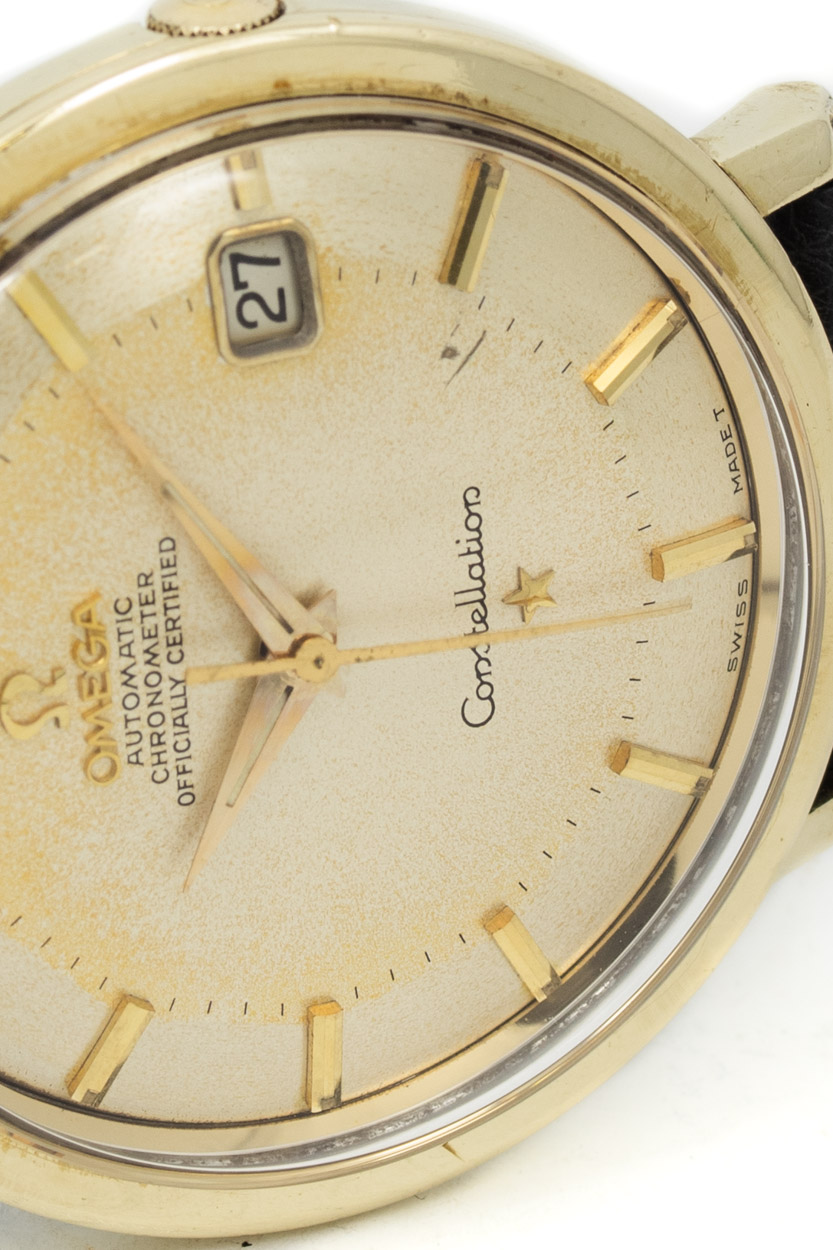 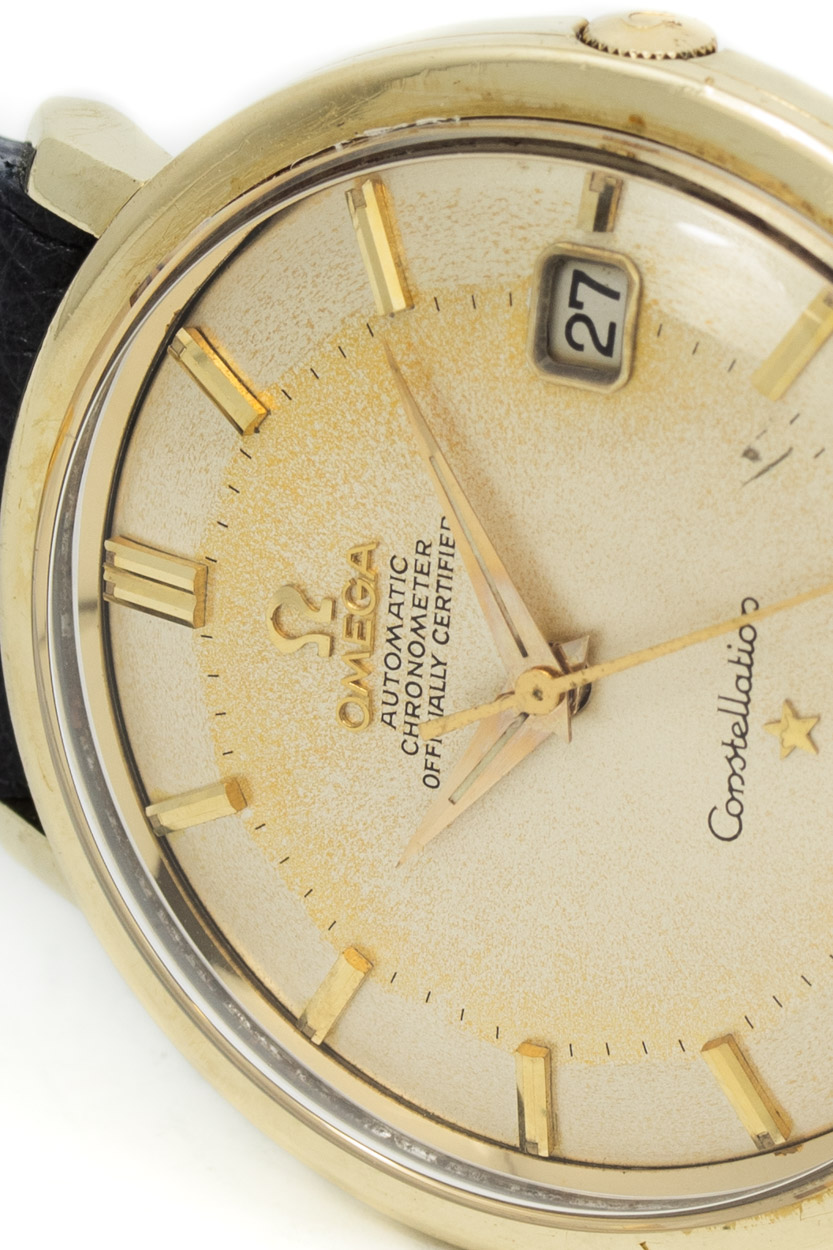 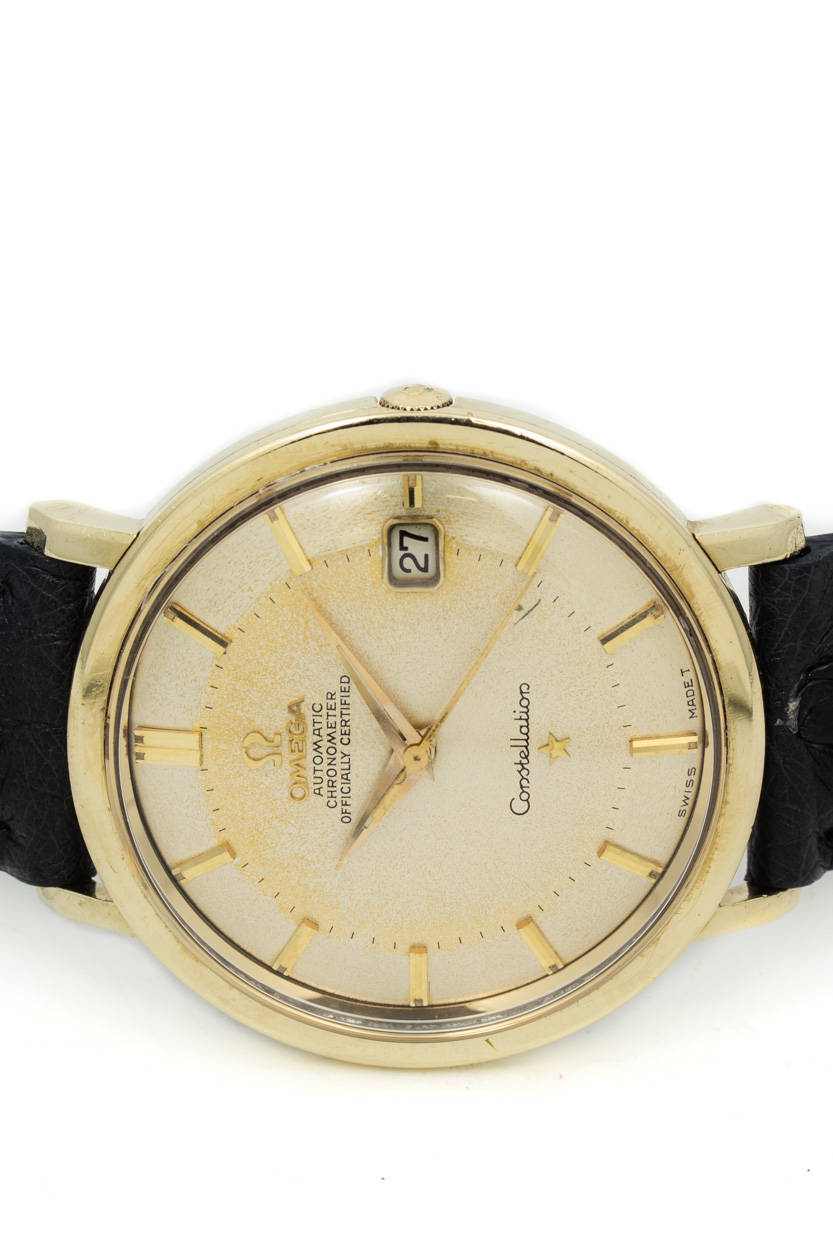 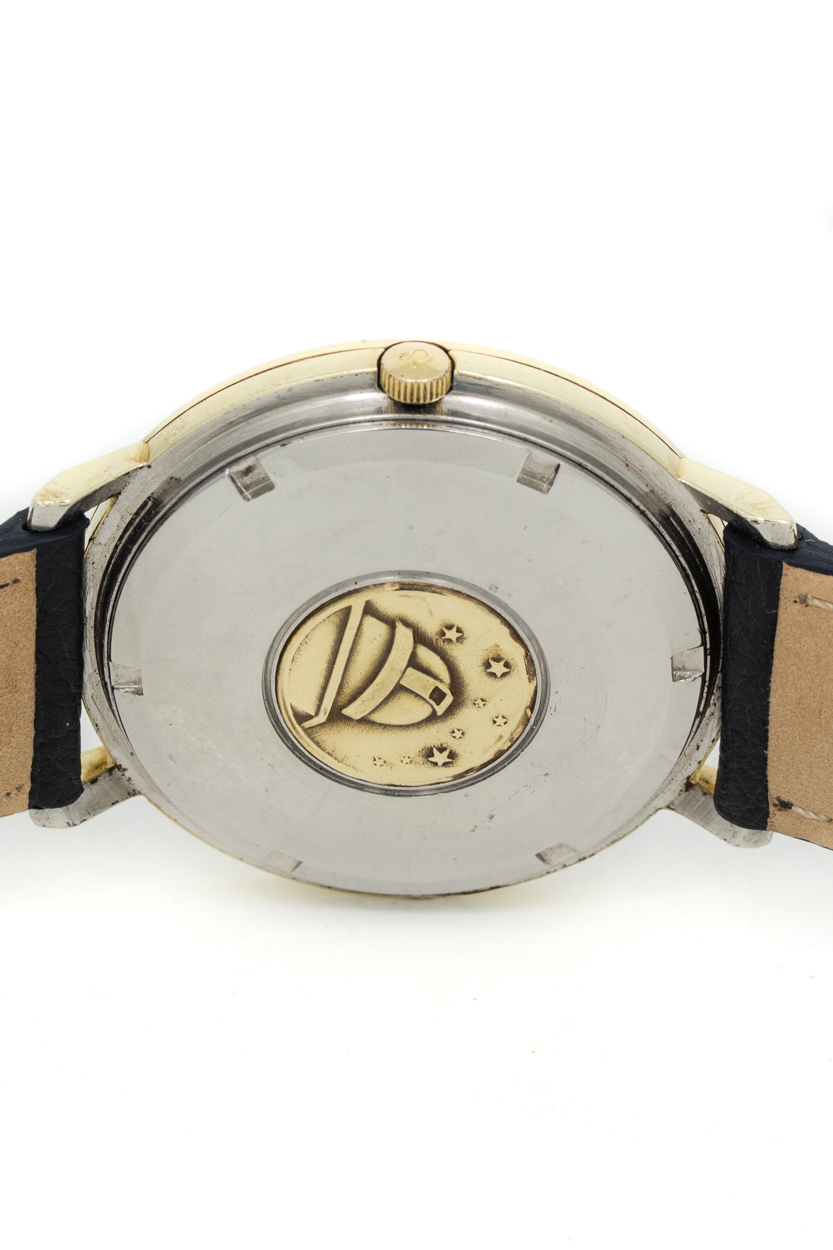 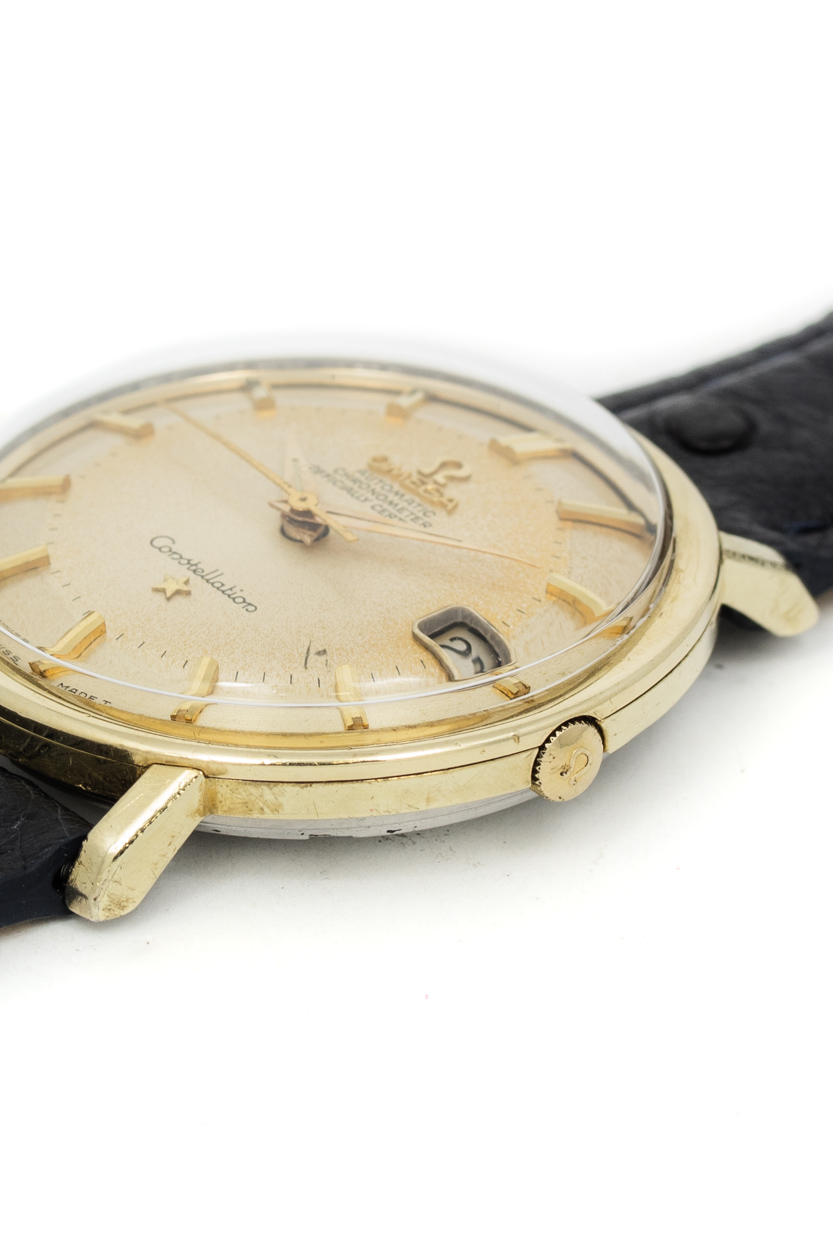 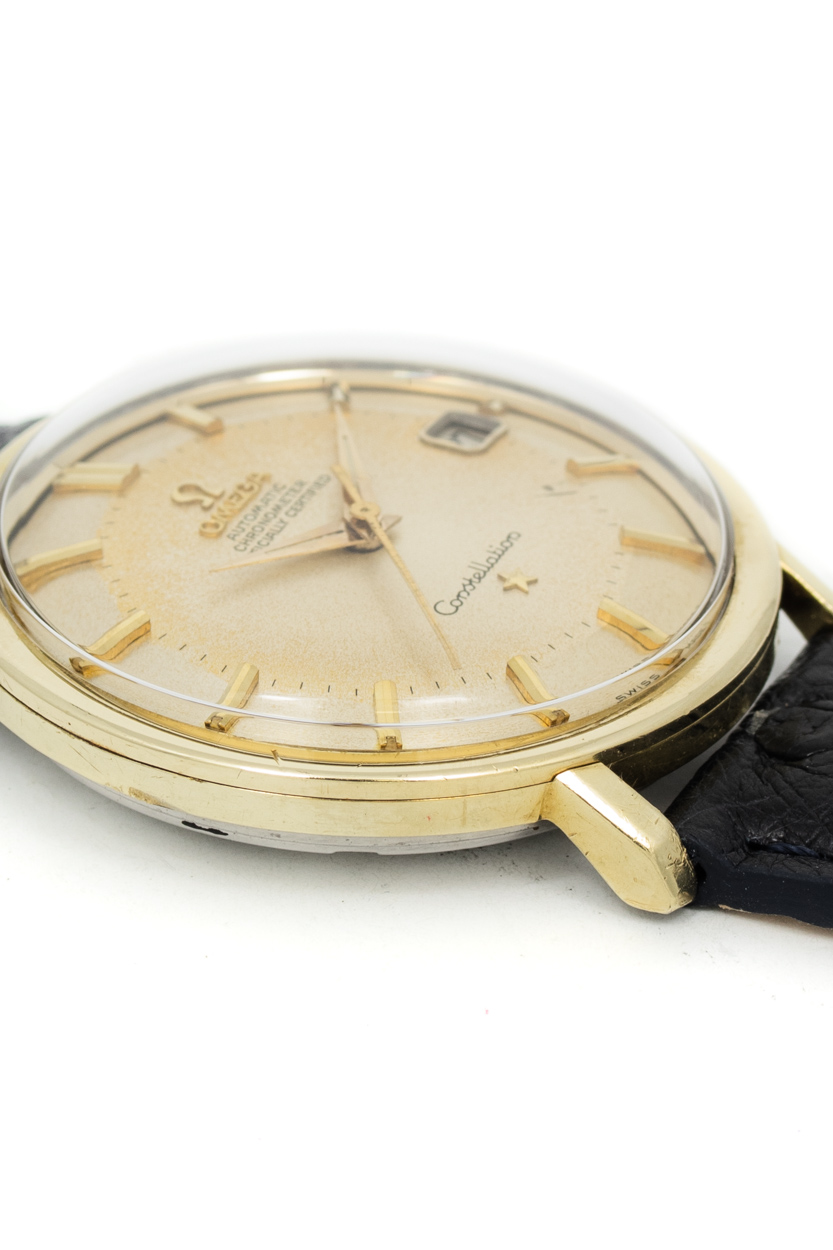 The Omega Constellation line is a real fan-favorite. And rightfully so. It combines classical designs with high-end watchmaking. A winning recipe.

This example features the iconic pie-pan dial, but is housed in a simpler case than most. No fancy angular lugs here, but a simple round case with short lugs and a hidden crown.

The gold-capped case is home to a chronometer rated automatic movement. Just like you would expect from a Constellation.