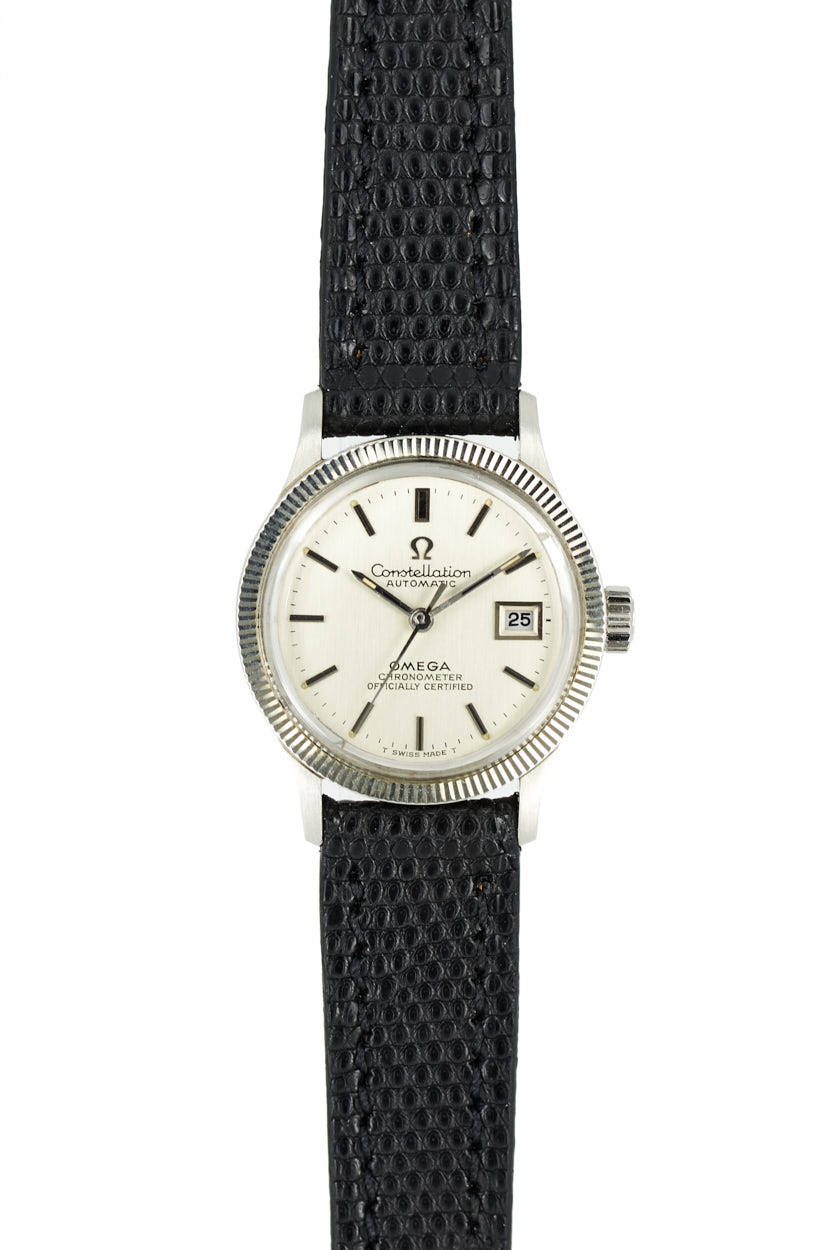 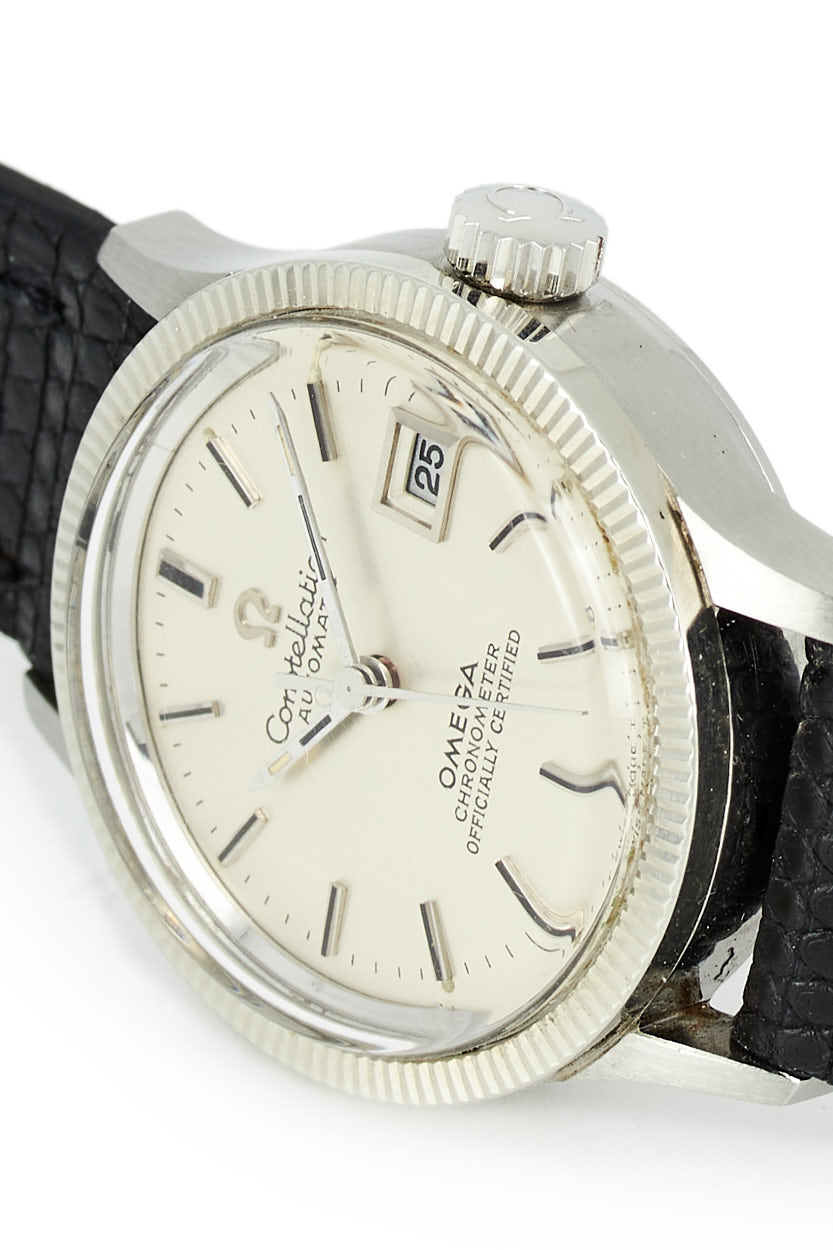 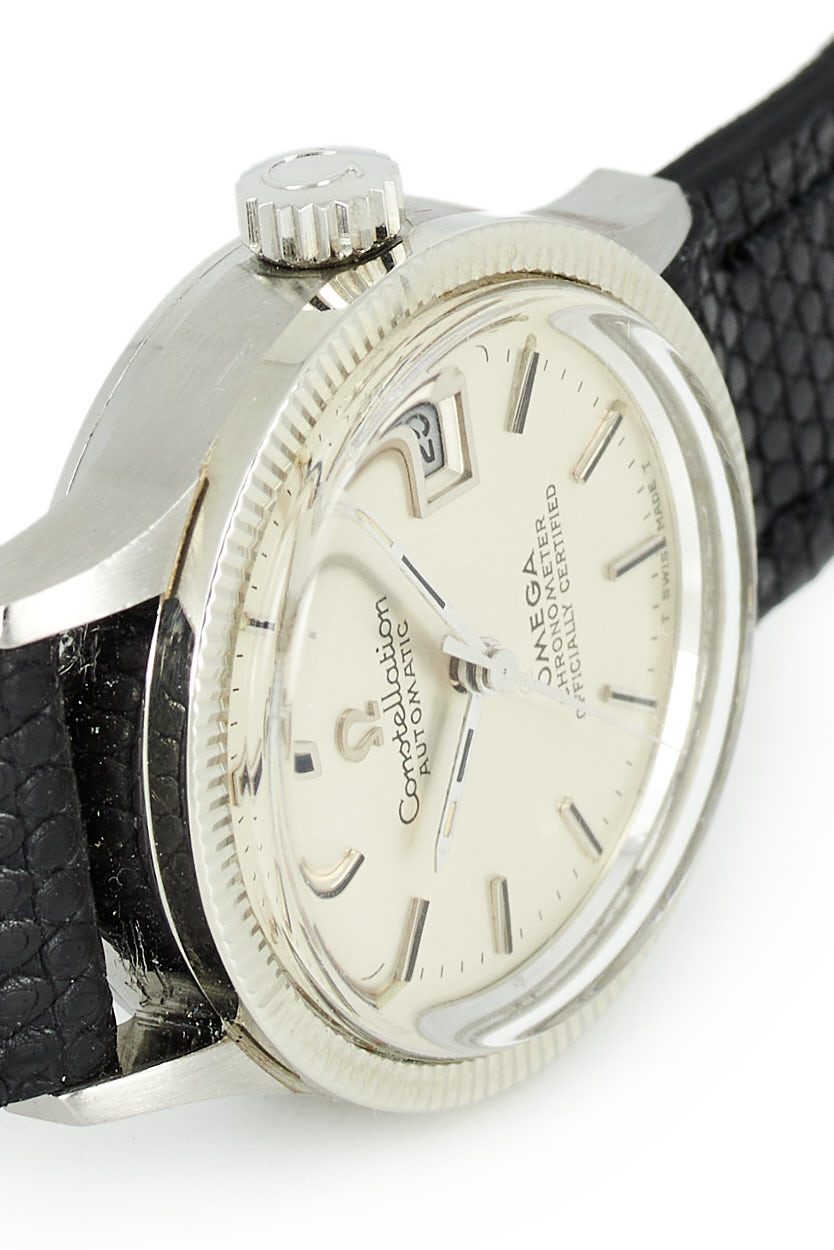 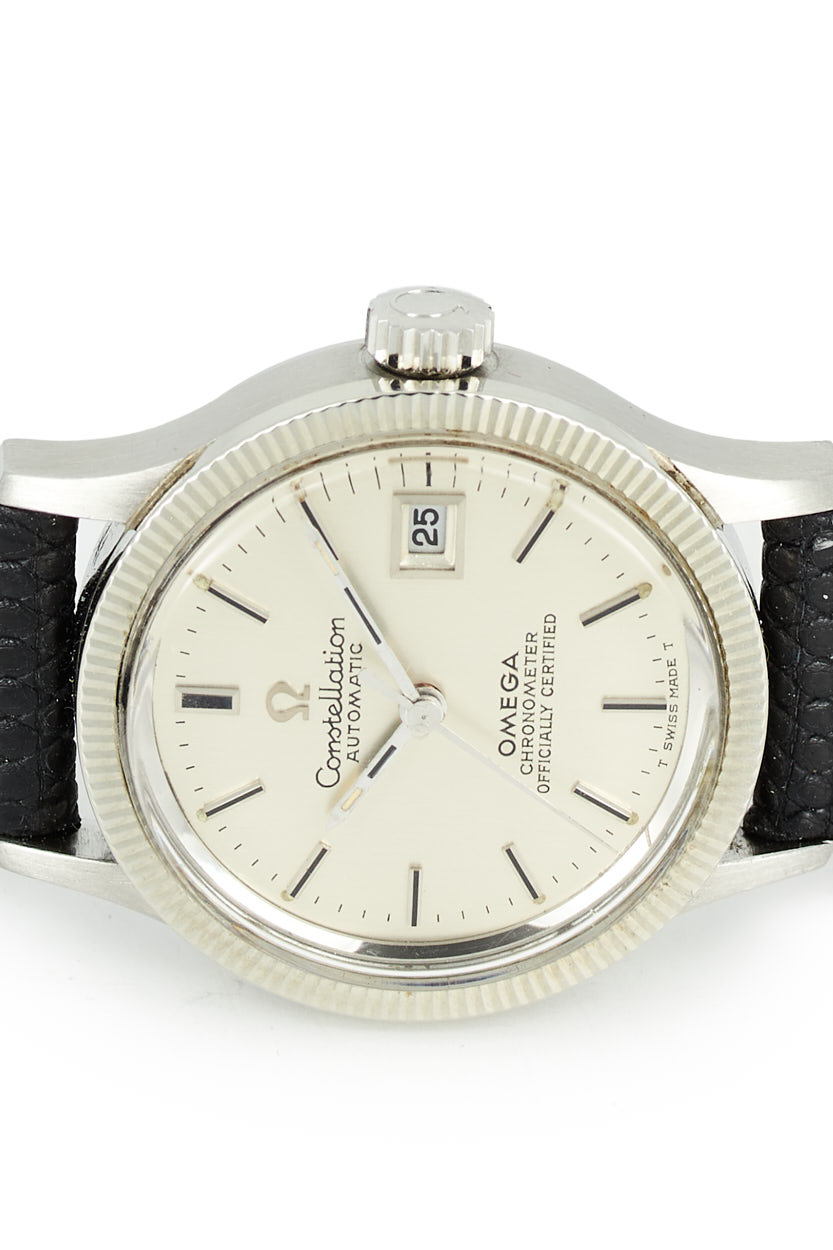 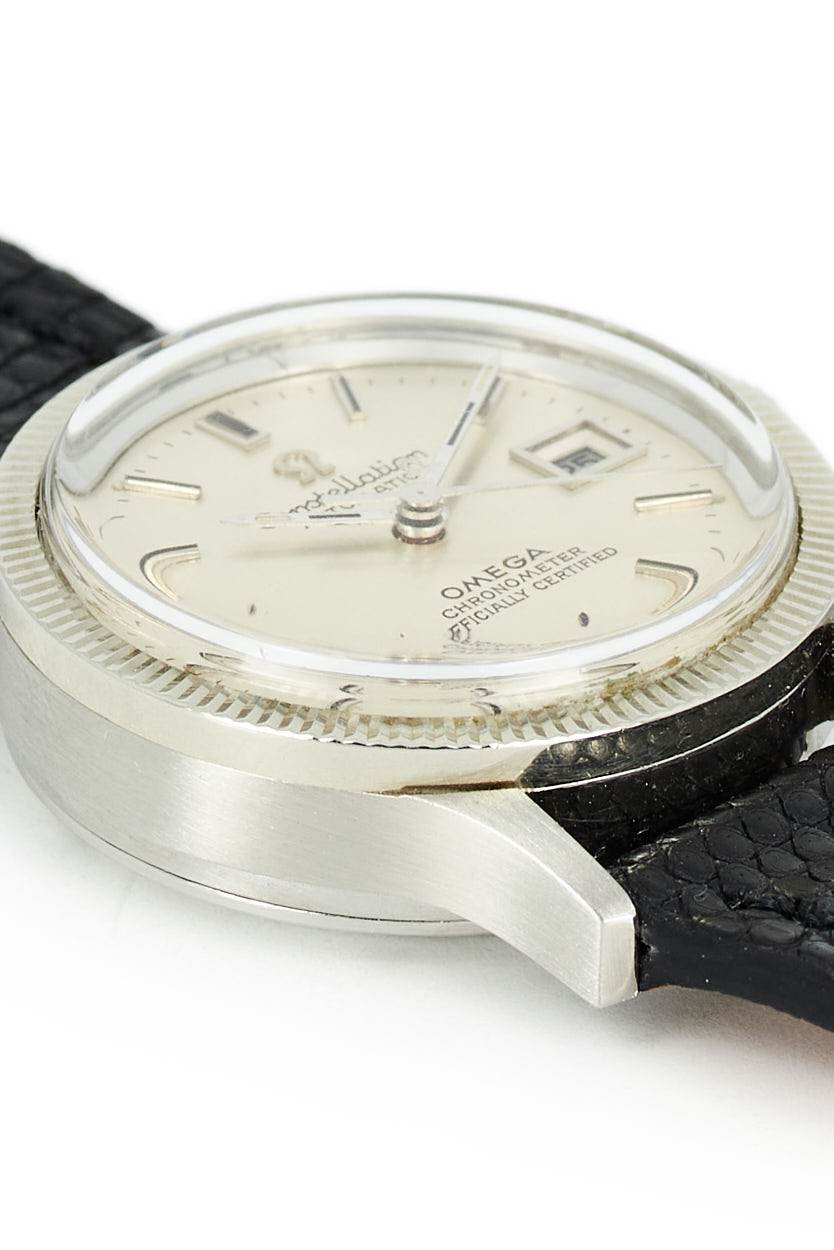 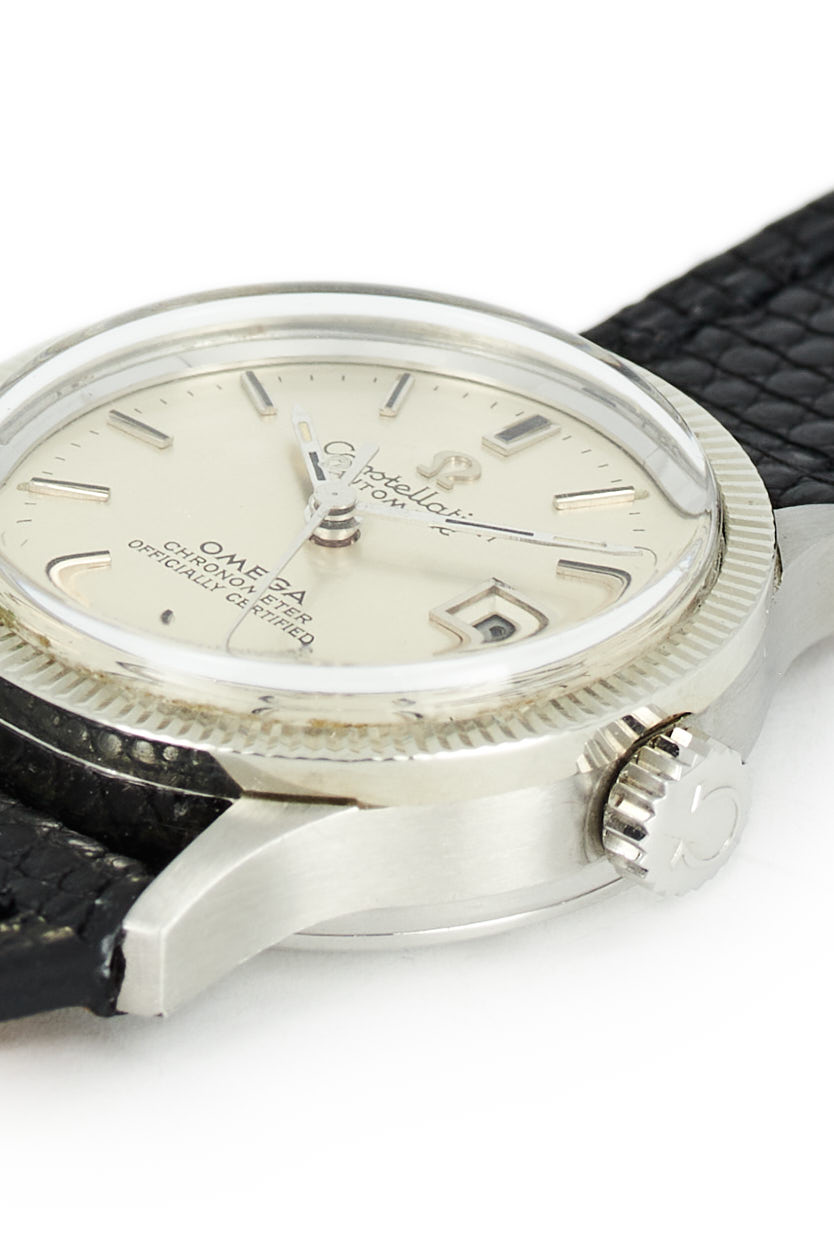 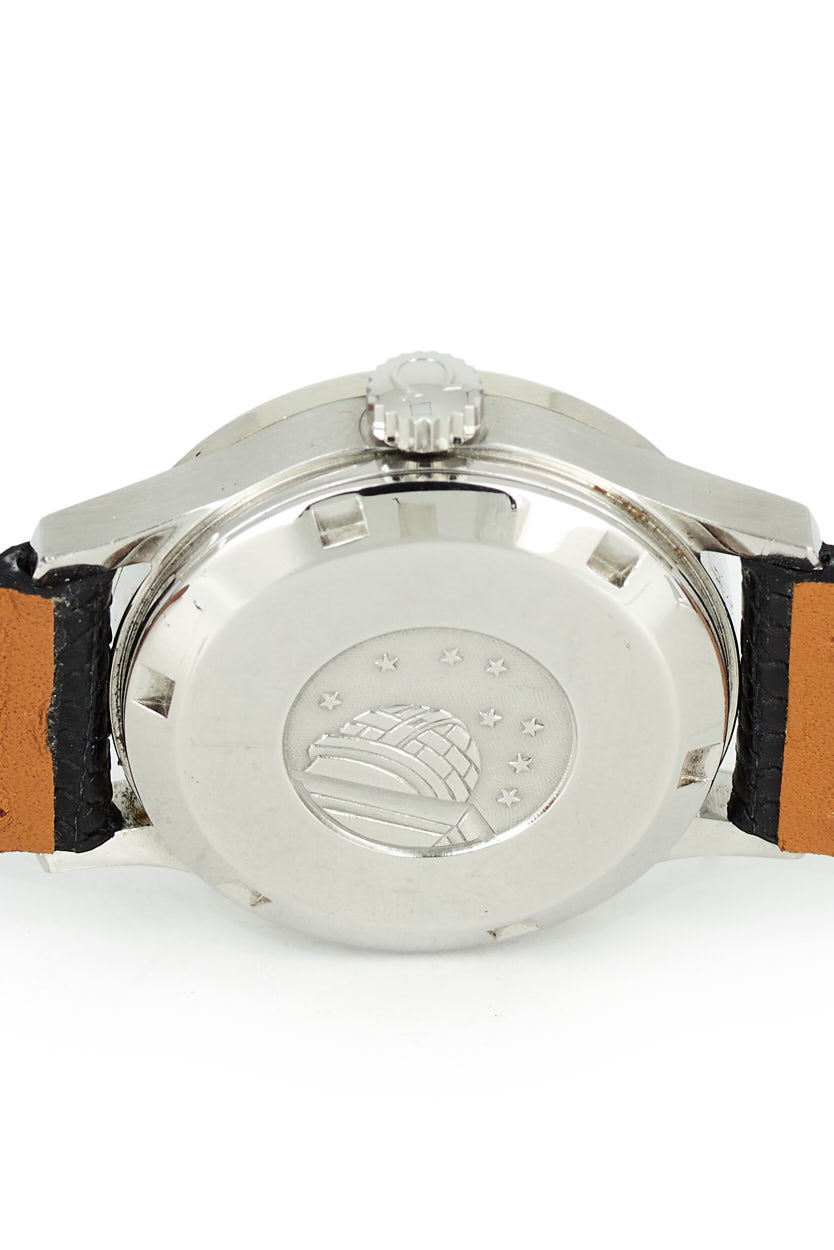 This Omega Constellation lady is the pinnacle of subtle, introverted beauty. It is all in the details…

The 25mm case is surrounded by a razor-sharp white gold fluted bezel. Within its perimeter we find a surgically clean silver dial. The black-filled stick indices are deceptively simple, but the keen observer finds some nuances: the twelve o’ clock marker is executed in double width and the quarters are non-lumed, whereas the in-between markers a fitted with a tiny tritium lume plot on the outside. The date frame is faceted, for more subtle light play.

The charming “Constellation” font adds a playful touch, bringing the dial to life.

This is a watch with slow-release beauty. You may overlook it at first glance. But it will lure you in and hold your attention with all the super fine details. Come and have a close, close look and be prepared to fall in love!