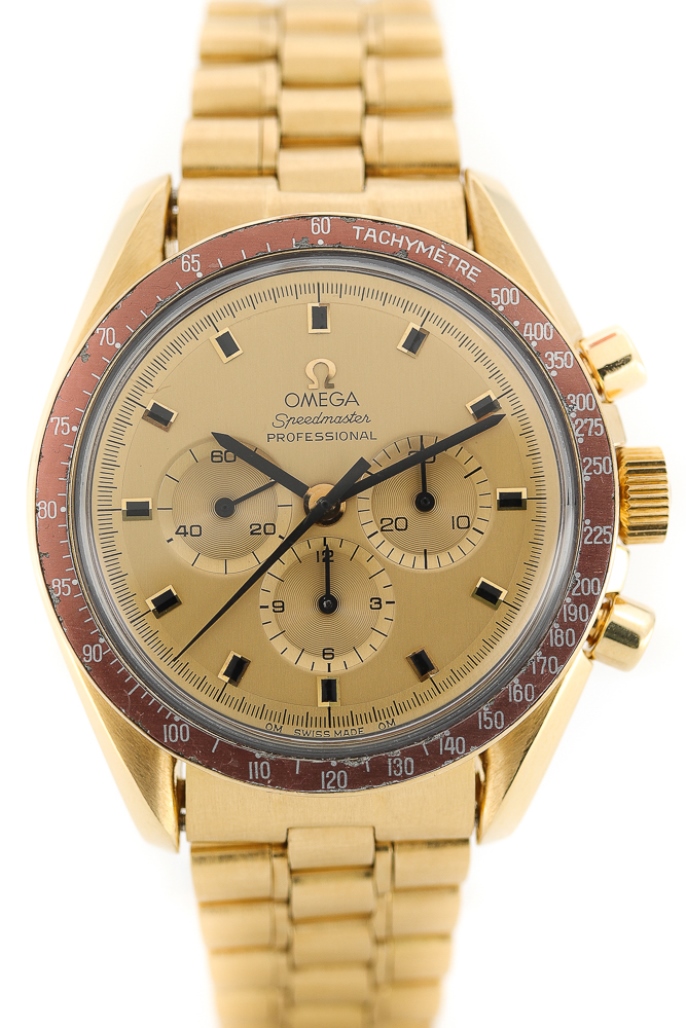 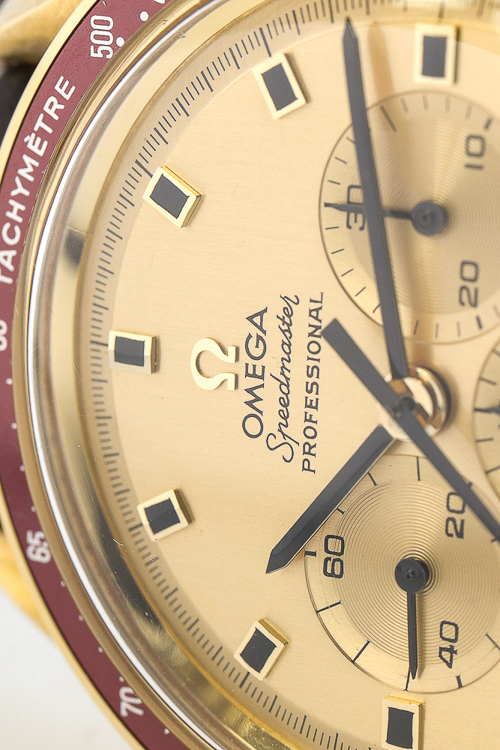 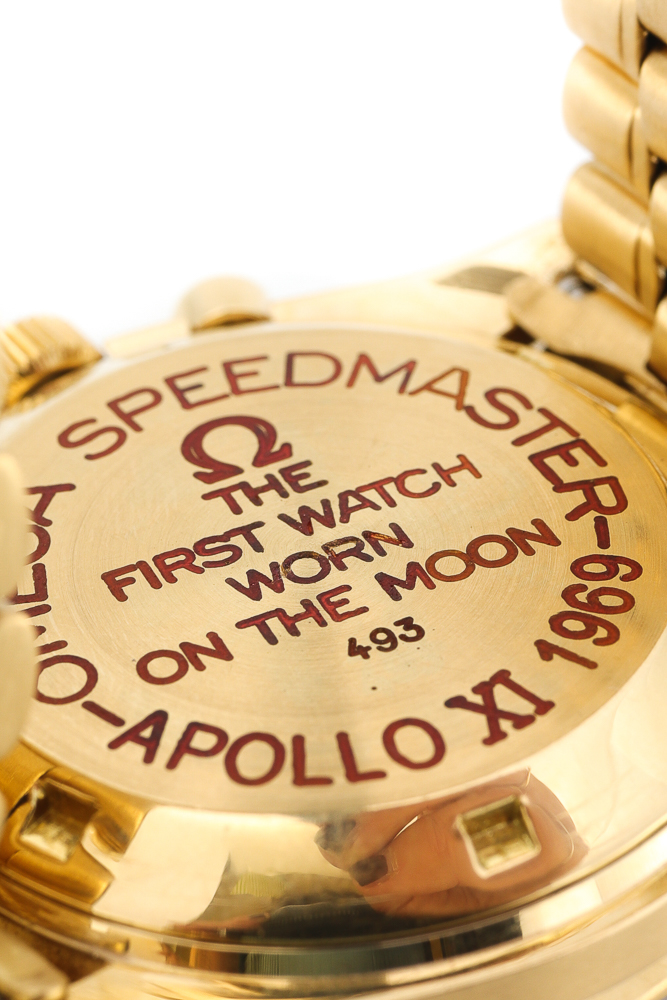 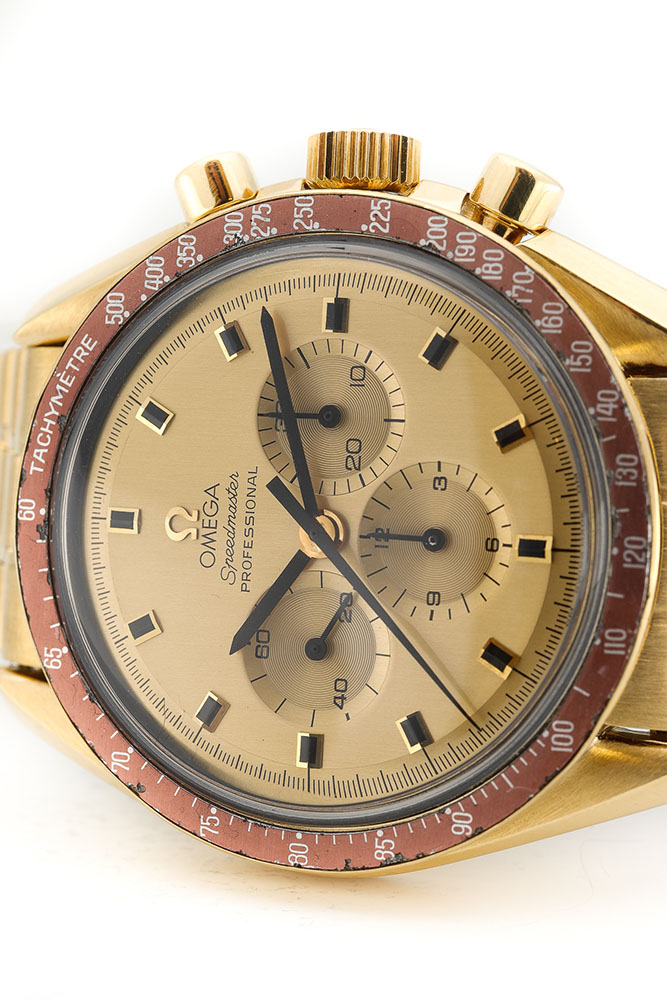 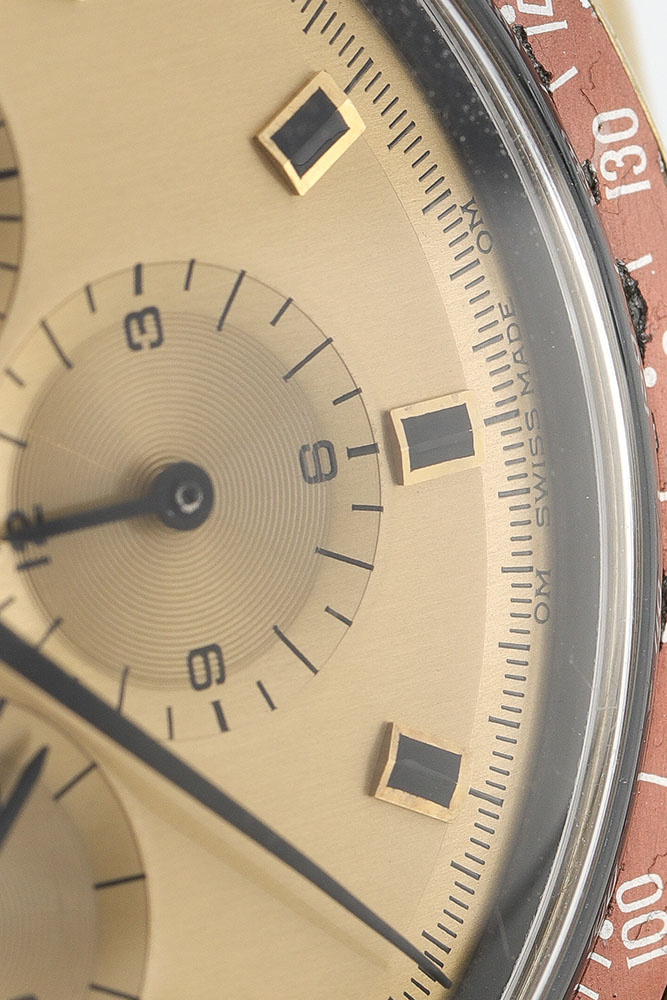 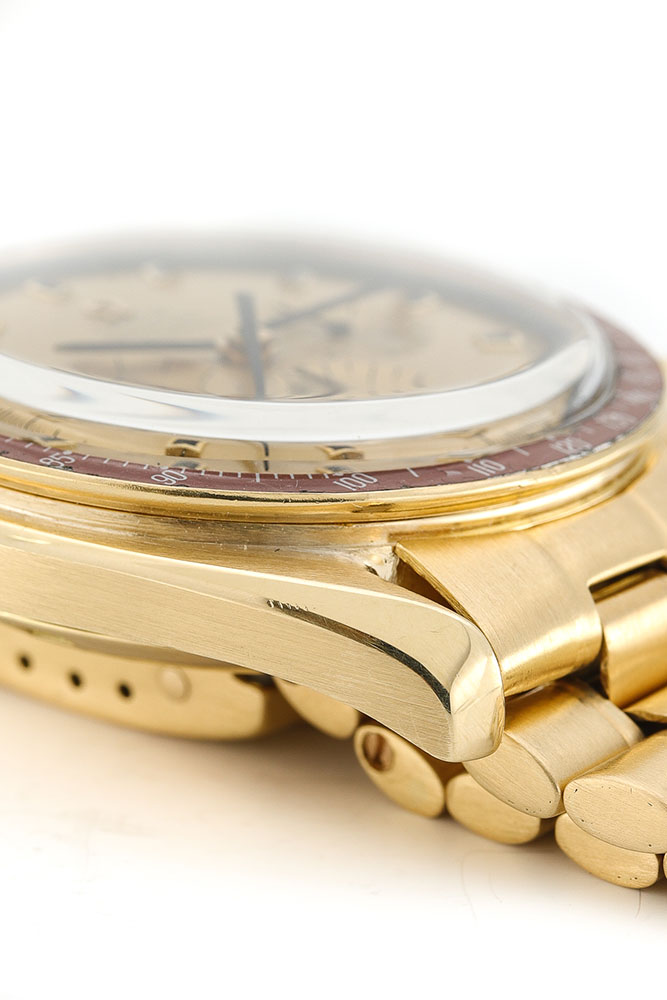 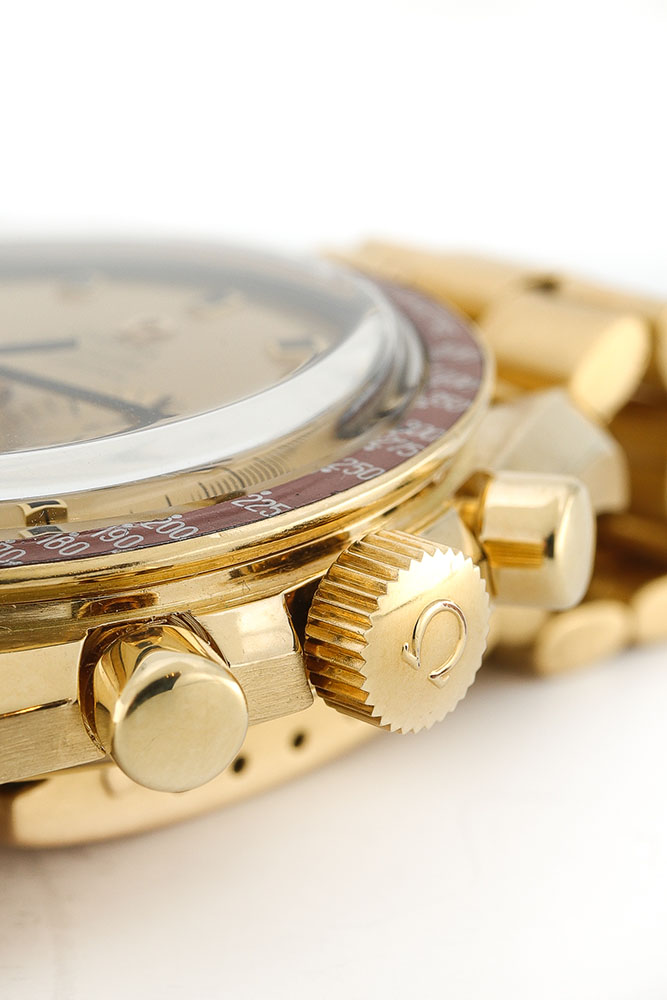 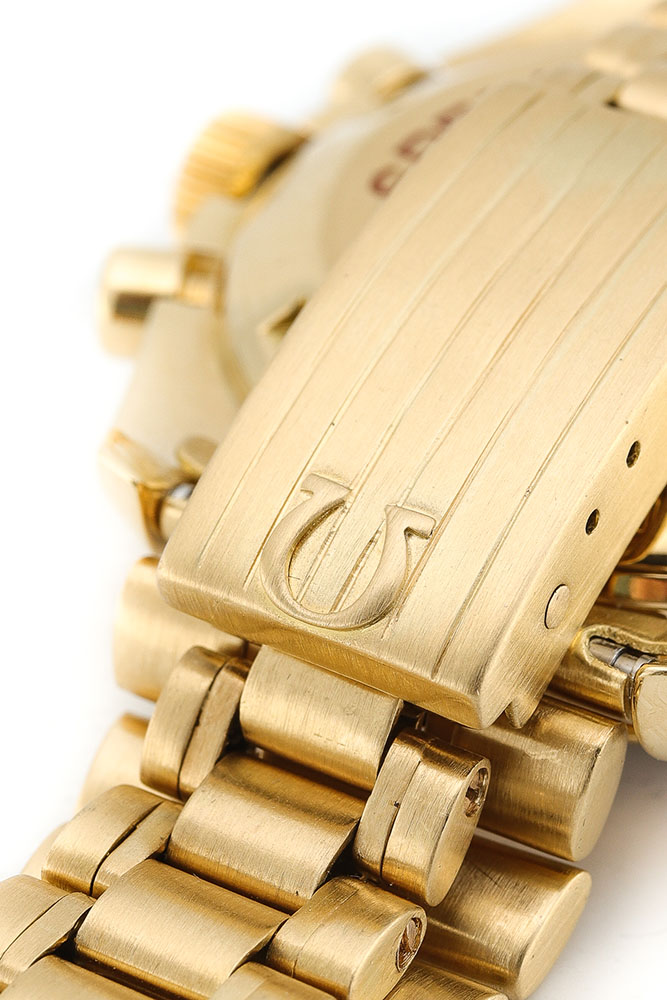 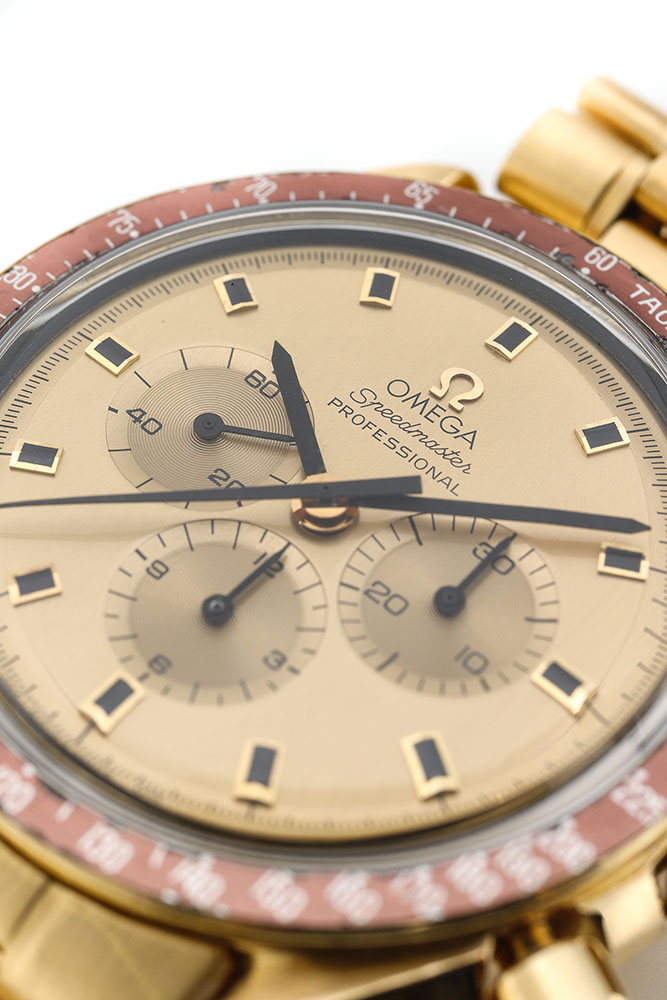 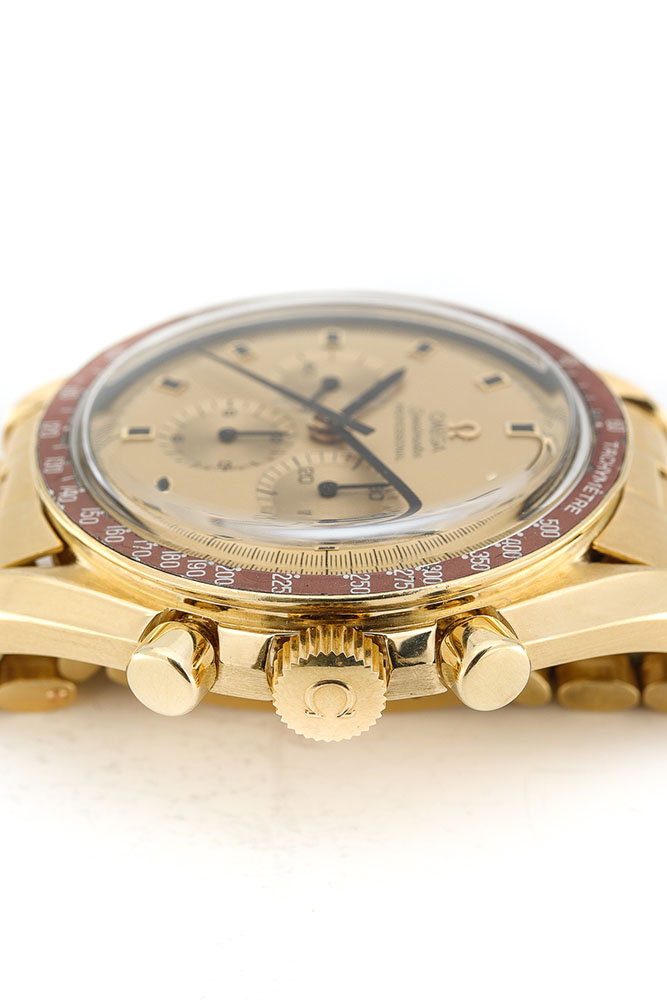 A highly collectable Speedmaster “The original”

NASA used the Omega Speedmaster for space missions and this has determined the everlasting love for the manual chronograph. When the space mission to the moon was successfully completed in 1969, Omega decided to make a special watch to celebrate this accomplishment. The result is this gold Speedmaster, destined to politicians, presidents, and NASA personnel.

Only 1014 pieces made, straight writing on the back, dot over 90-bezel and the first Speedmaster ever produced entirely out of 18k gold. A majestic piece. The extract of the Archive from Omega comes with this watch confirming everything is right.

There are a total of 1014 of these watches, #1 was offered to President Nixon and #2 was offered to Vice President Spiro Agnew. Both declined the watch though, for compliance reasons. During a banquet on the 25th of November 1969, 19 watches were offered to the NASA astronauts. Later on, other astronauts who couldn’t join the banquet or who did later missions (than 1969) also received their gold piece. This watch has the engraving “to mark man’s conquest of space with time, through time, on time.” A quote that Jim Lovell also gave during a Q&A session at the Speedmaster Event in Houston last May. There seems to be a bit of uncertainty whether Apollo 13’s Jack Swigert and Fred Haise received one, but I’ve been told that they were offered one later on as well. However, they do not appear in any overviews of the watches given to astronauts. A number of watches (with another type of engraving) went to some Swiss managers of Omega and Lemania at the time.

Read the whole article written by our friends of Fratello Watches.