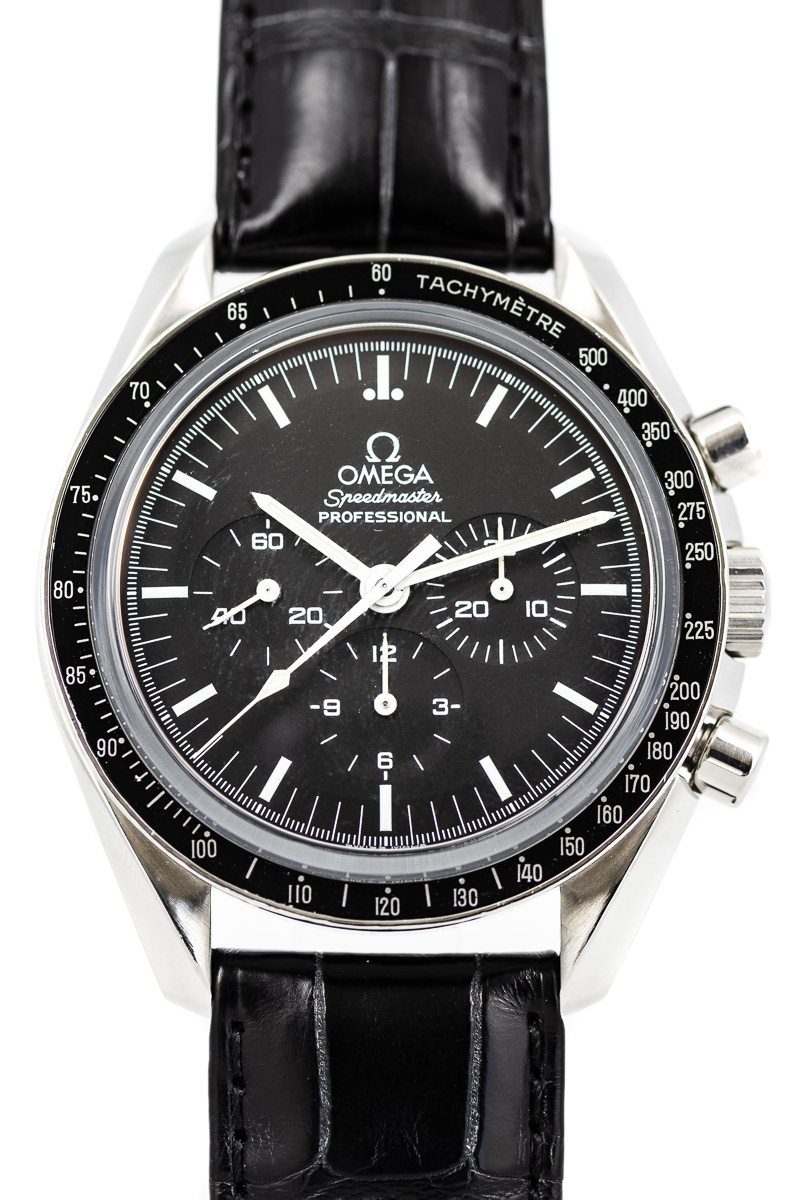 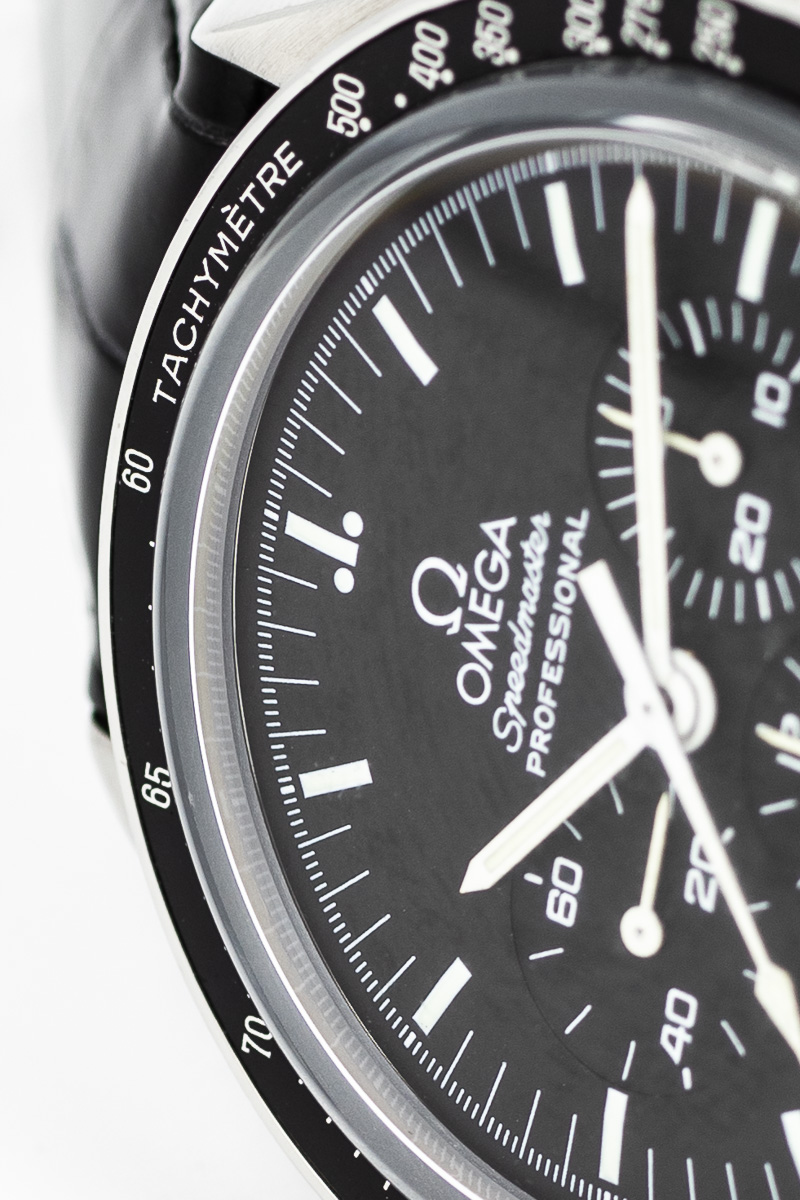 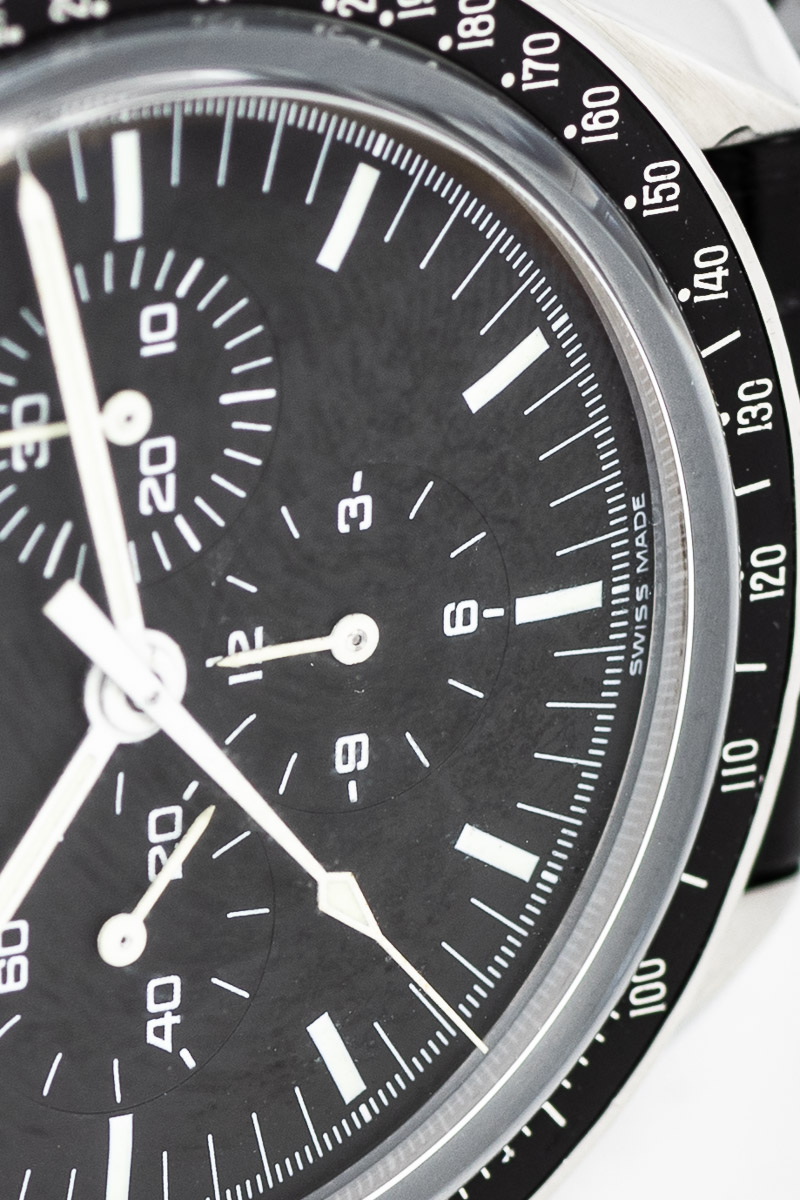 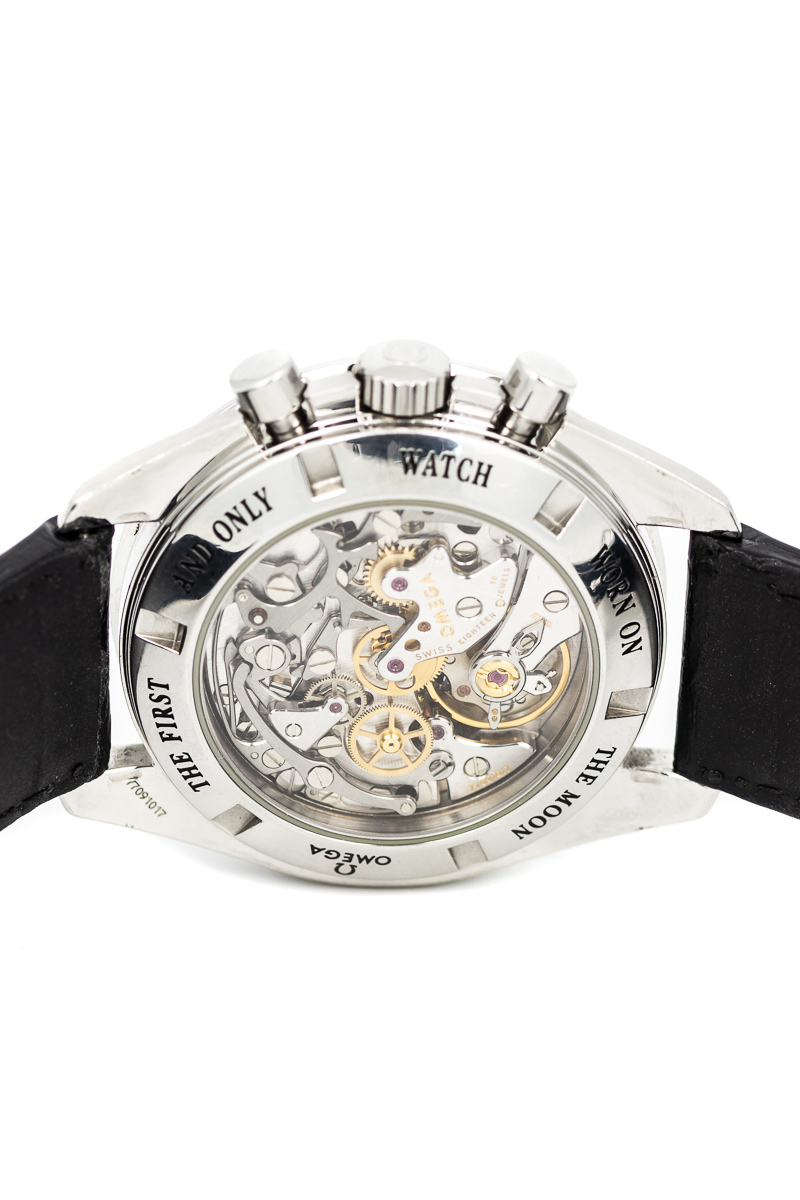 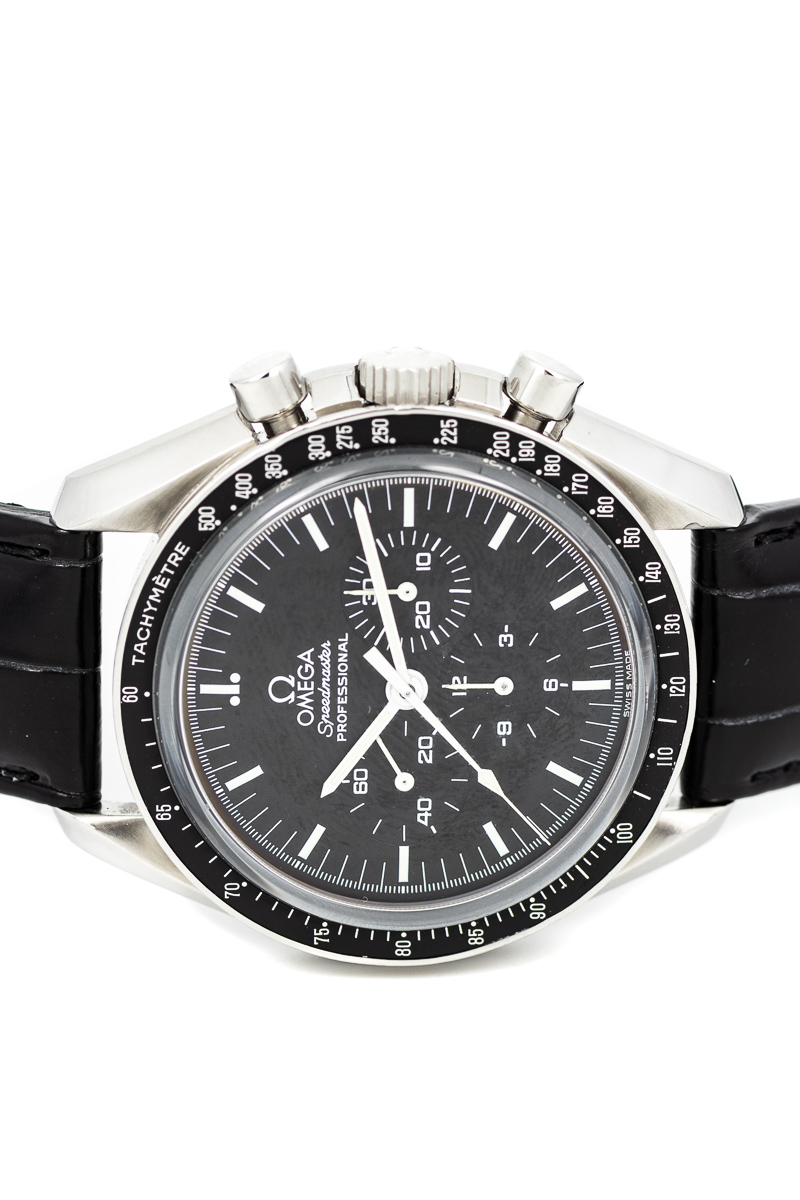 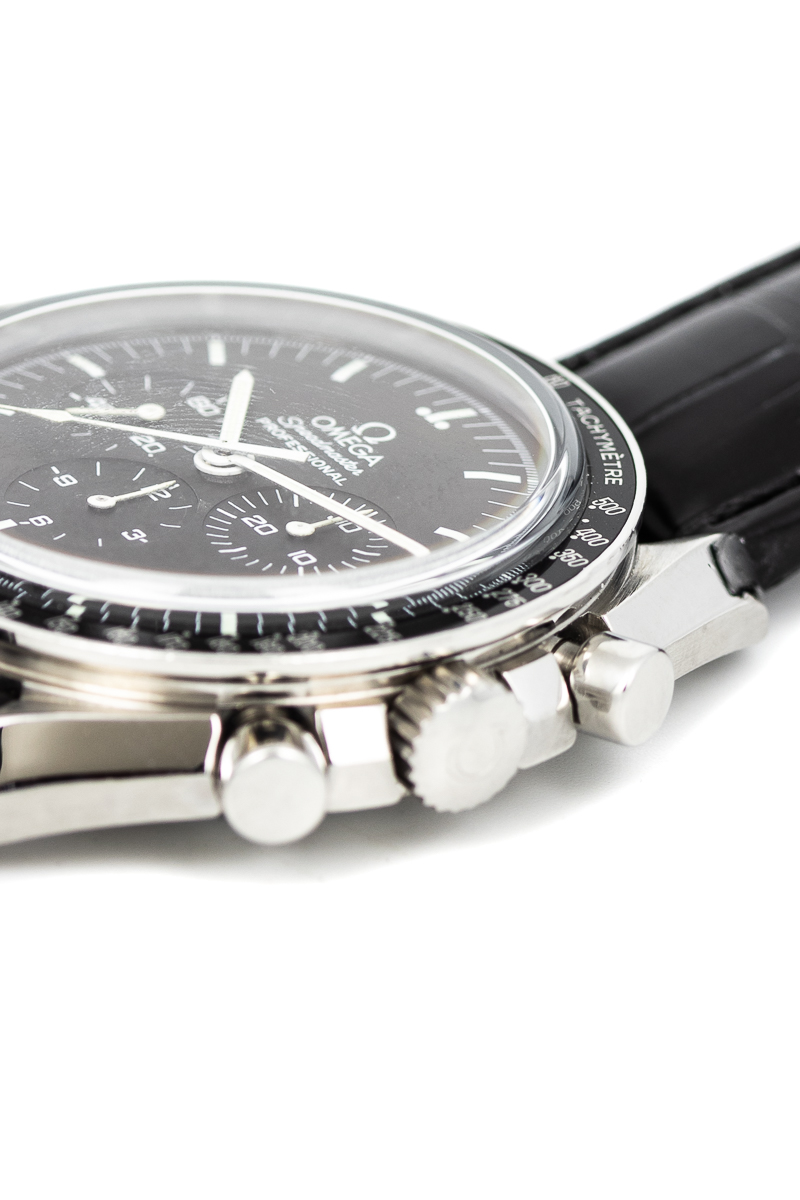 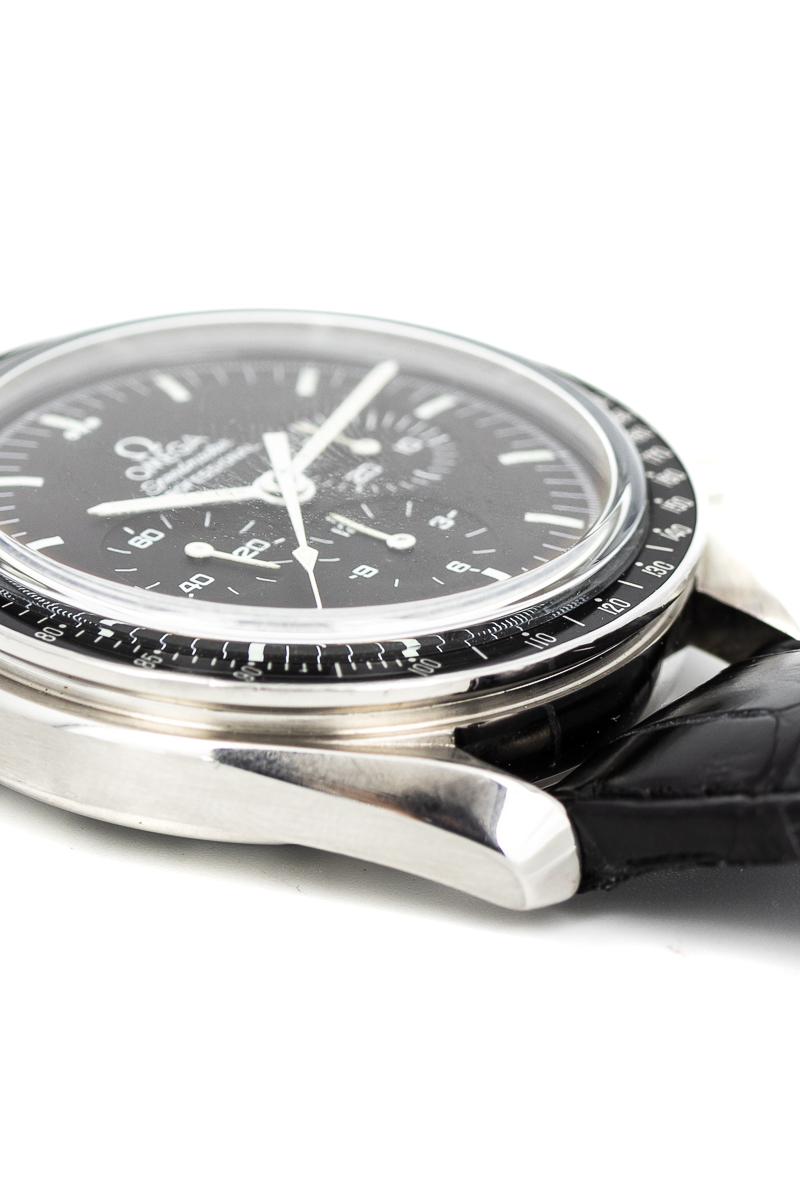 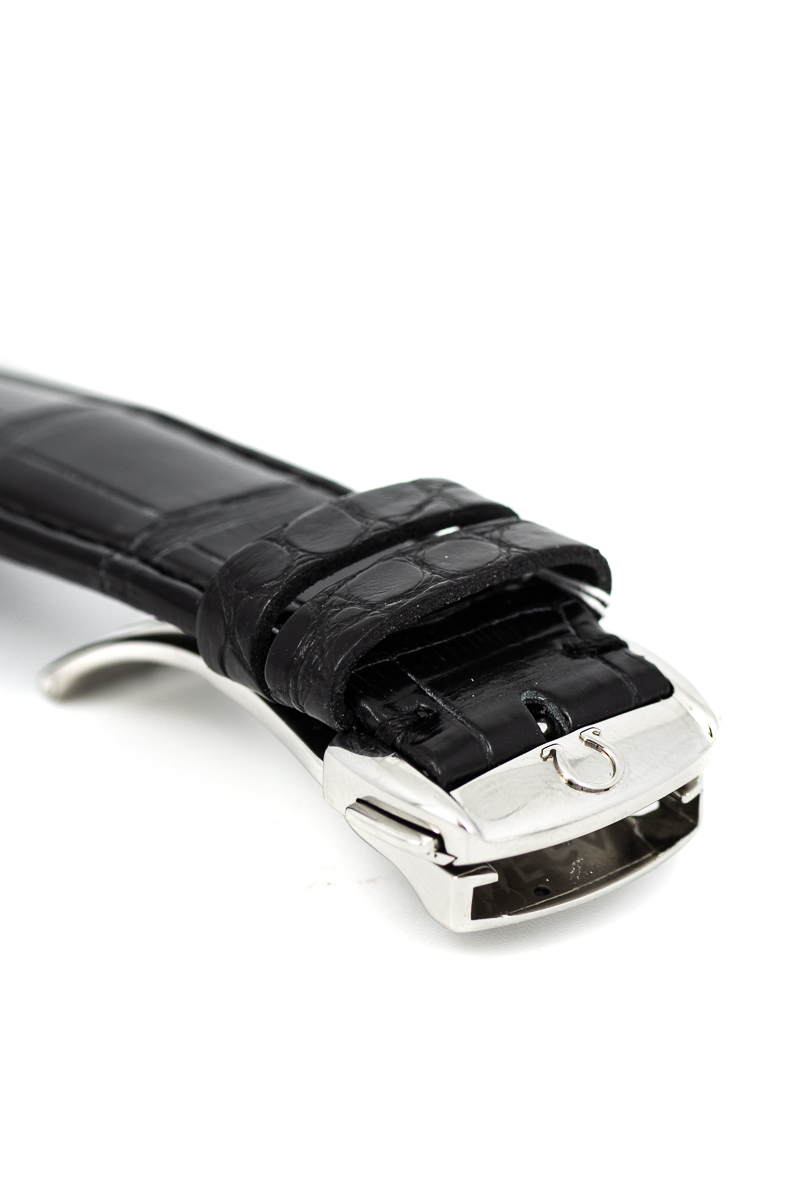 In the sixties, NASA started testing a number of watches for their space-going endeavors. These tests included heavy shocks, rapid temperature changes, and many more grueling challenges. The Speedmaster came out surviving all of it and was selected as the official watch for the Apollo missions. Mind you, Omega was at this point still completely unaware. So this is no strategic commercial venture like the later James Bond cooperations, but a selection on merits alone.

The one on offer here is called the Sapphire Sandwich because of its dual sapphire crystals. The top crystal, normally hessalite, is sapphire and the usually solid caseback is see-through on this model. This exposes the beautiful 1863 caliber, a specially made variant with a steel chronograph brake rather than a delrin (plastic) one. Of course, Omega did not want to put a plastic part on display, even though it is actually a perfectly functioning part.