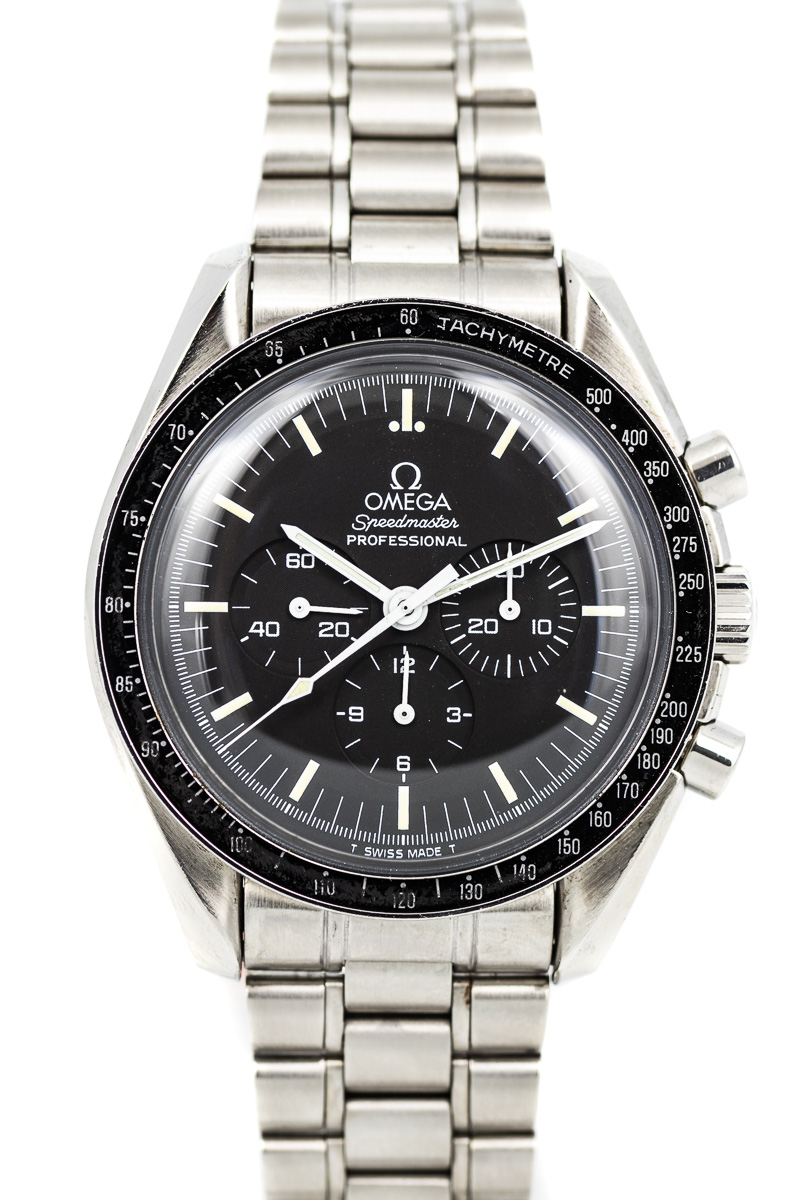 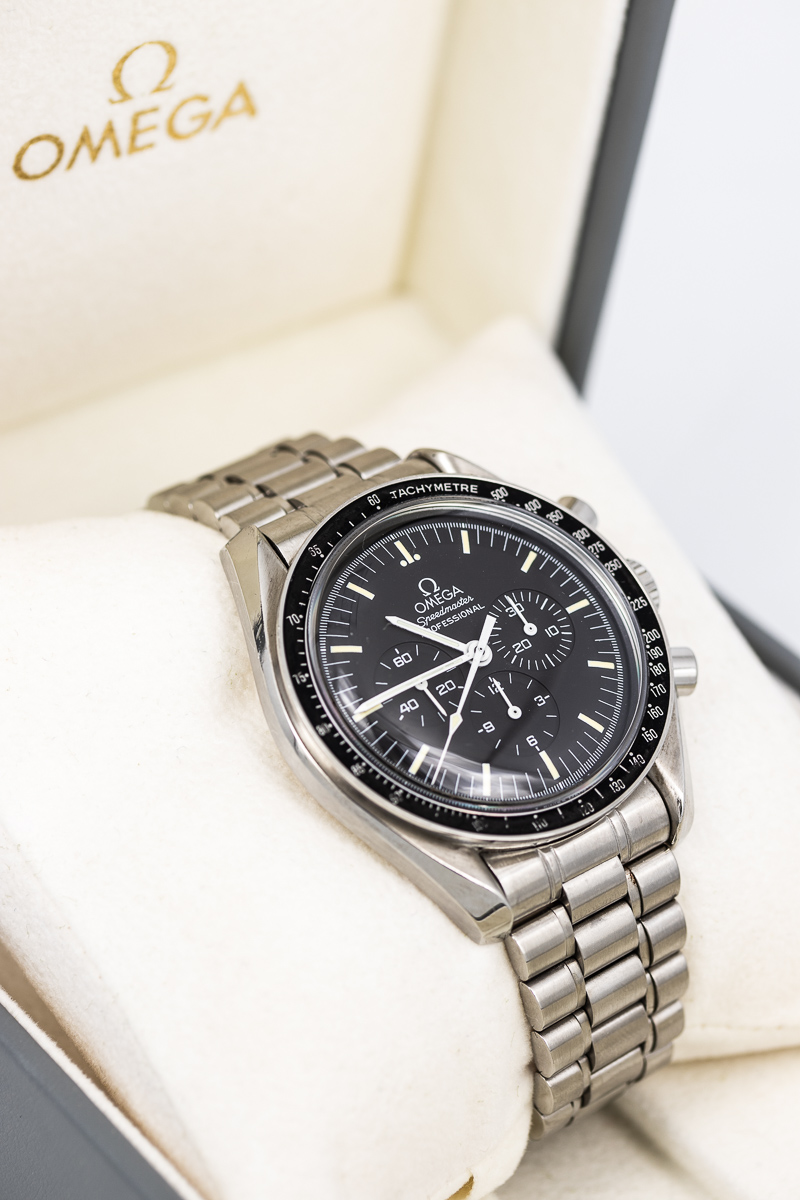 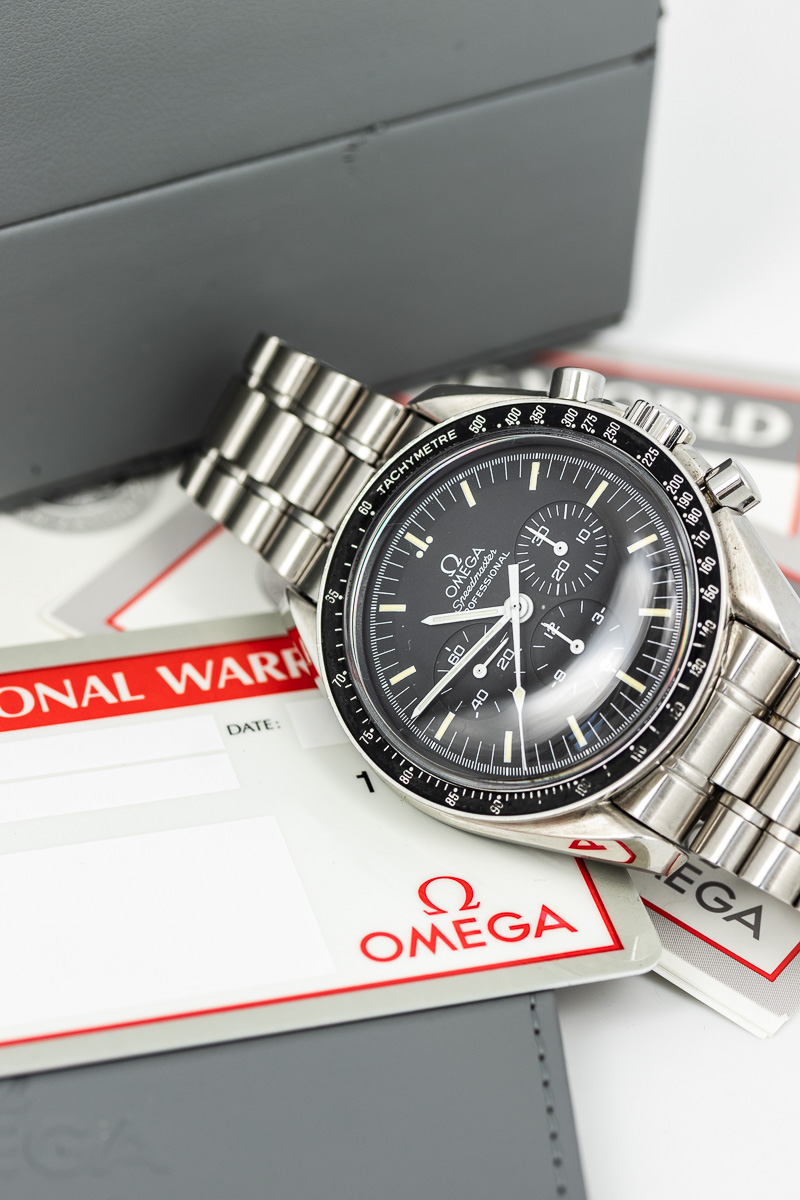 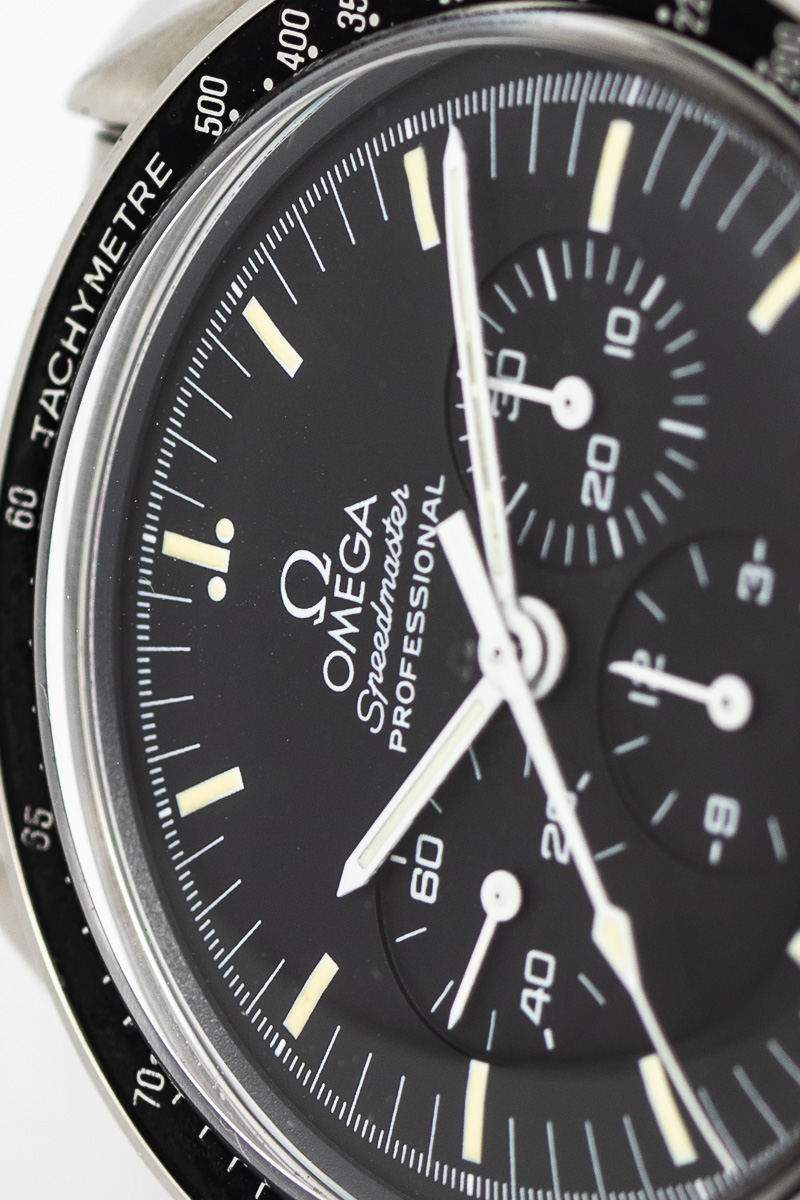 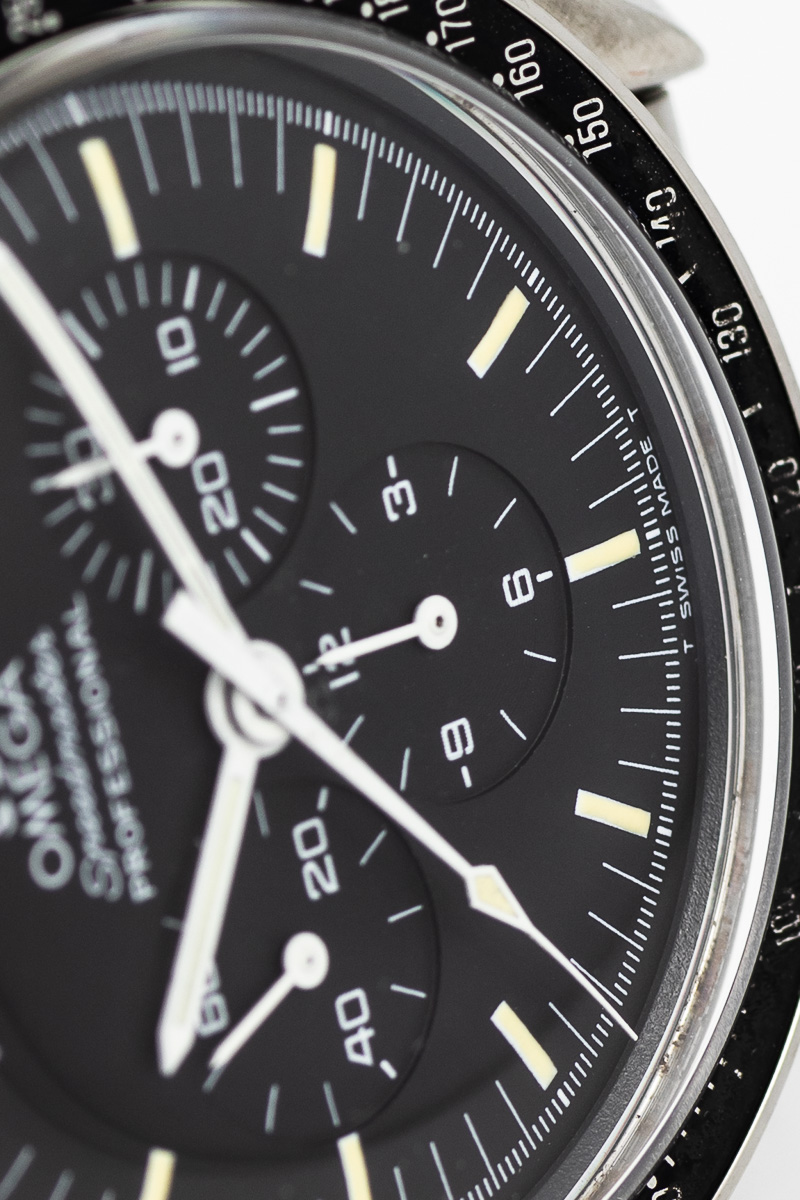 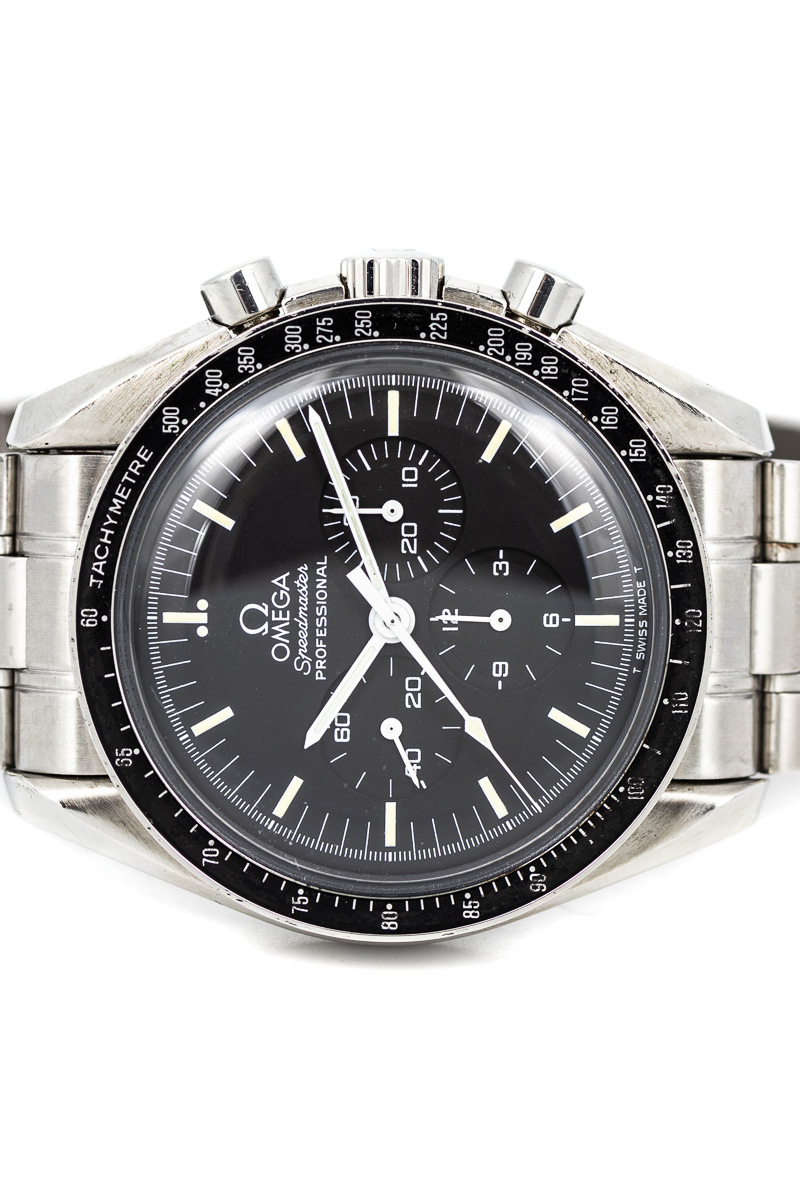 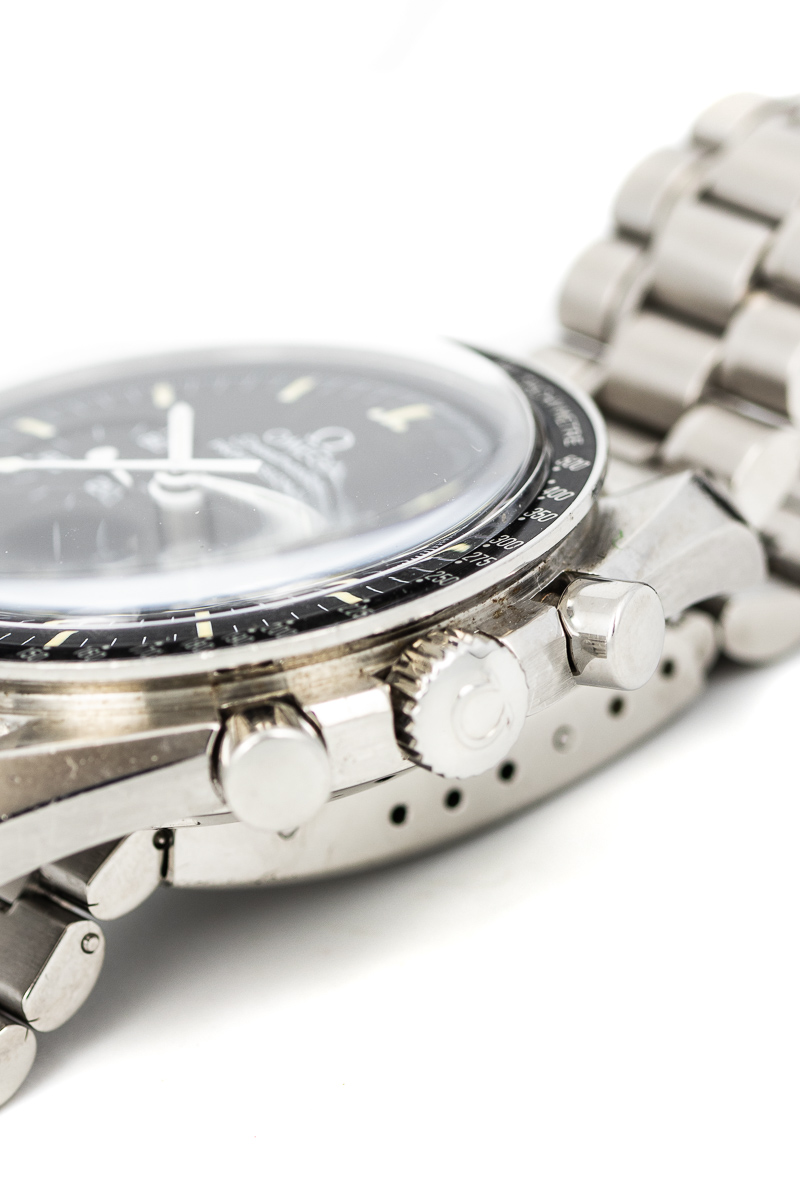 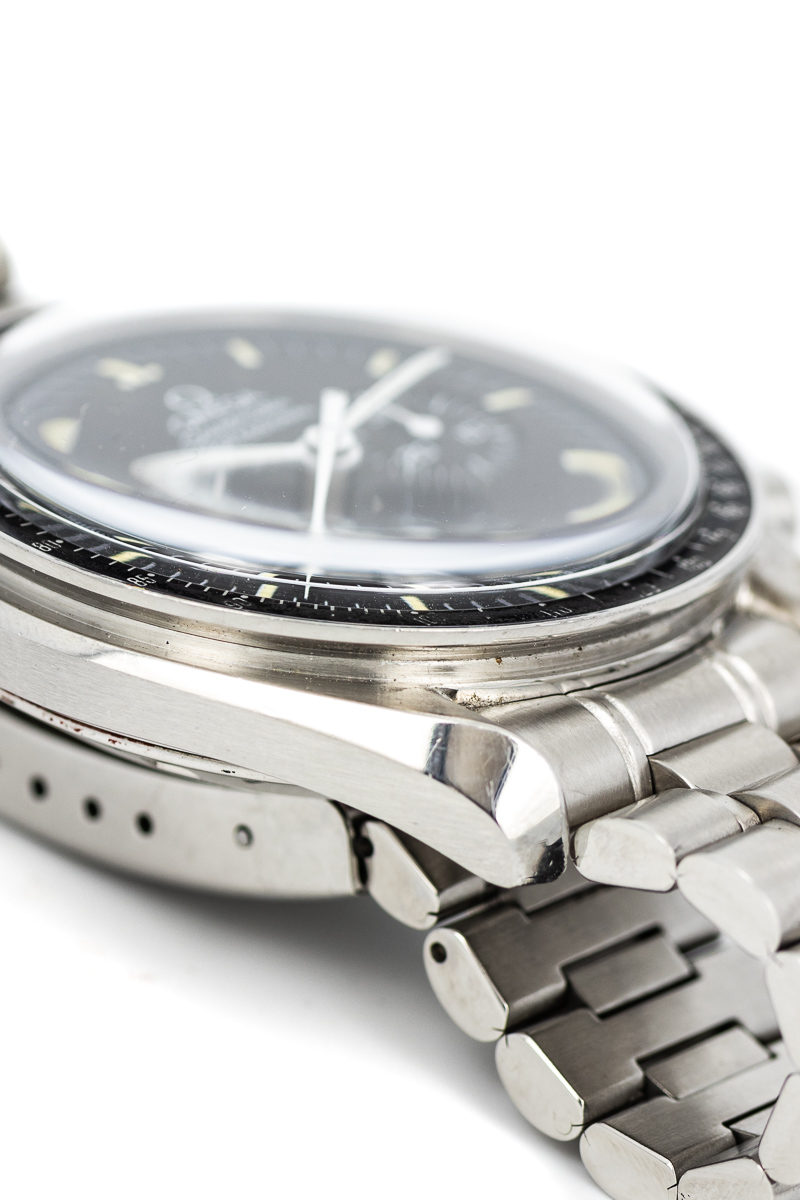 In the sixties, NASA started testing a number of watches for their space-going endeavors. These tests included heavy shocks, rapid temperature changes and many more grueling challenges. The Speedmaster came out surviving all of it and was selected as the official watch for the Apollo missions. Mind you, Omega was at this point still completely unaware. So this is no strategic commercial venture like the later James Bond cooperations, but a selection on merits alone.

The one on offer here is from 1990 and comes complete with box and papers. It also features the more classical bracelet, which drapes around the wrist more narrowly than the current model does. This optically shrinks the watch far below what its 42mm girth would suggest, making it suitable for pretty much anyone.

You just cannot go wrong with a Speedmaster Professional. Is this yours?