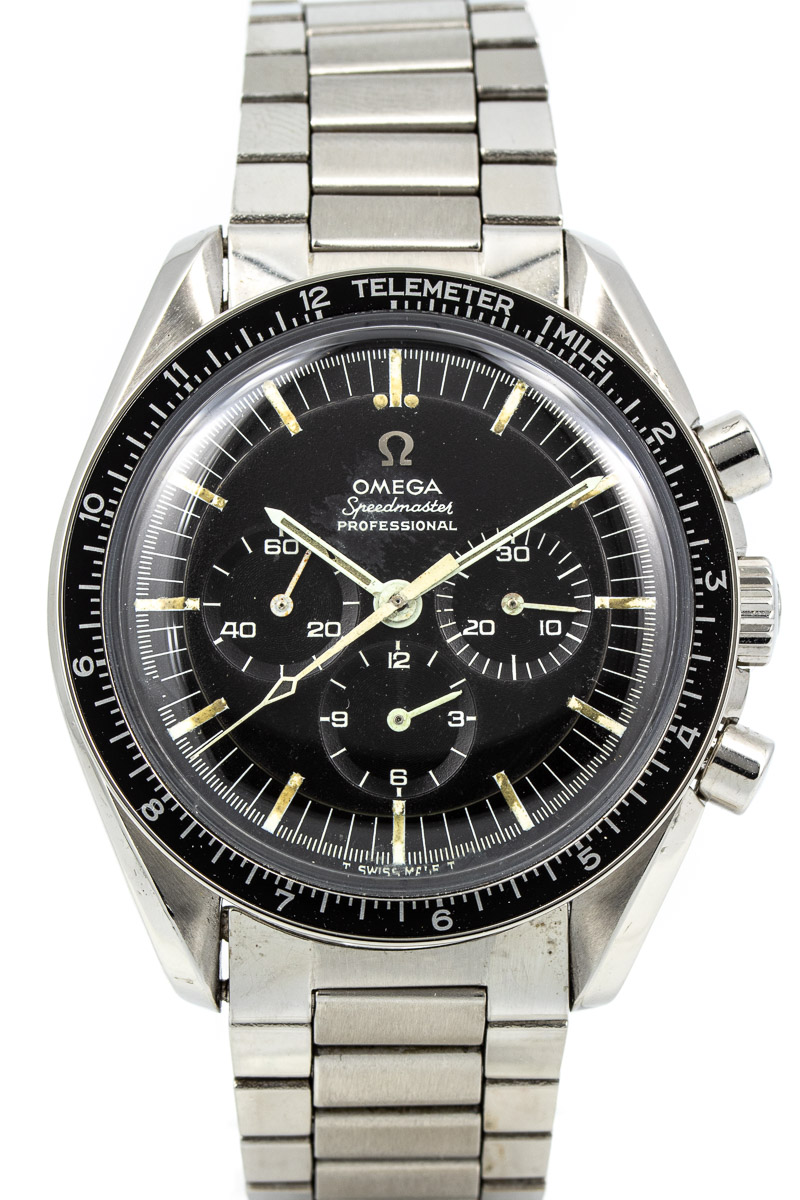 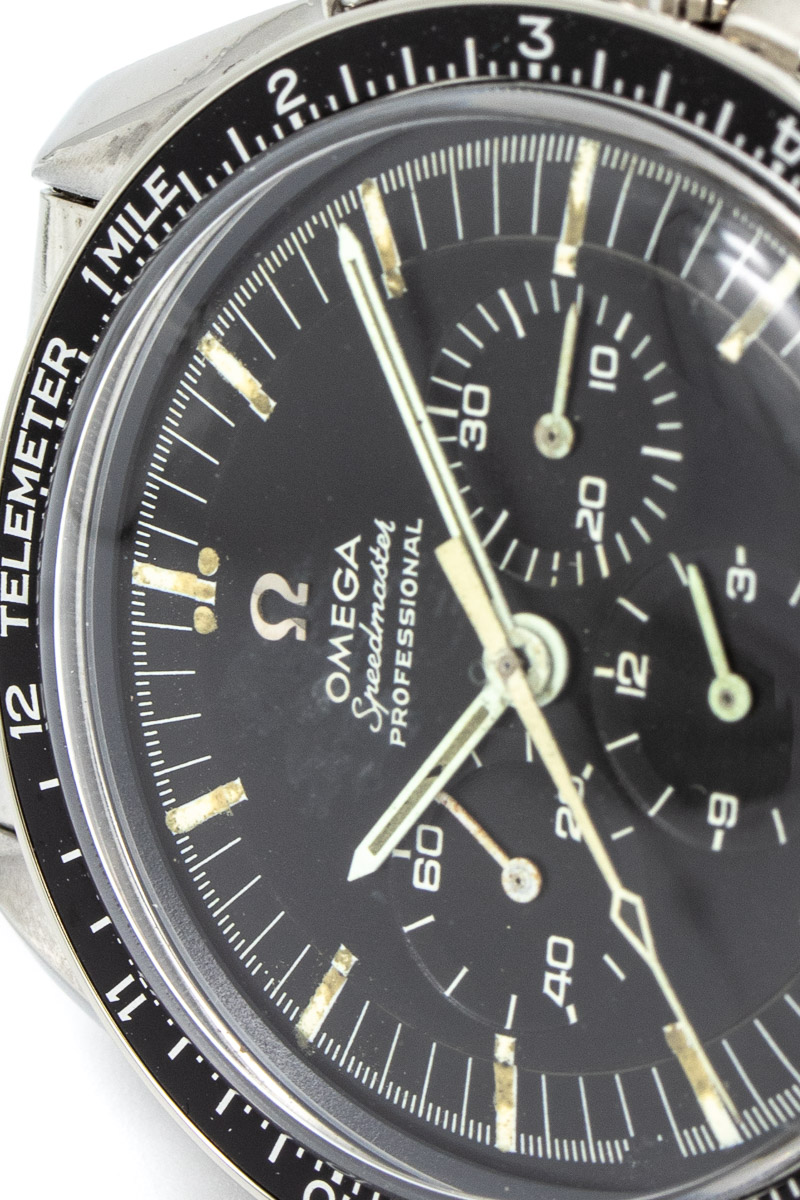 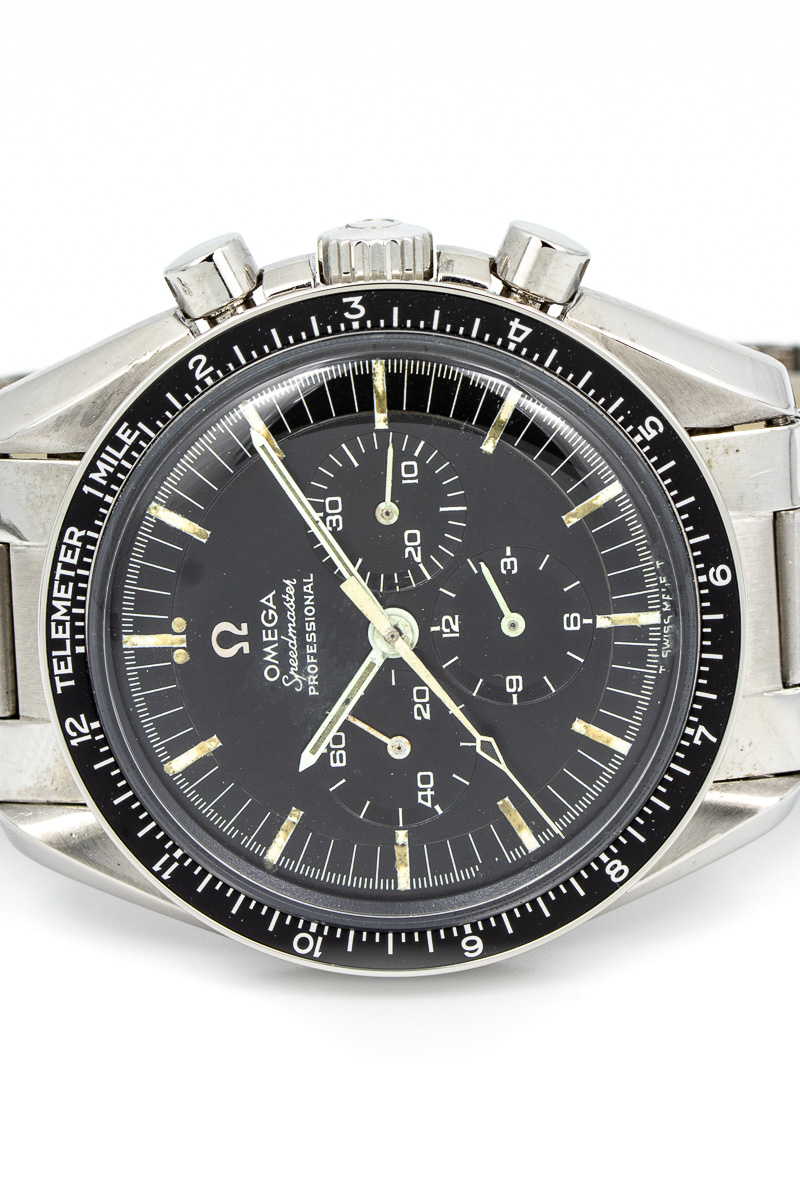 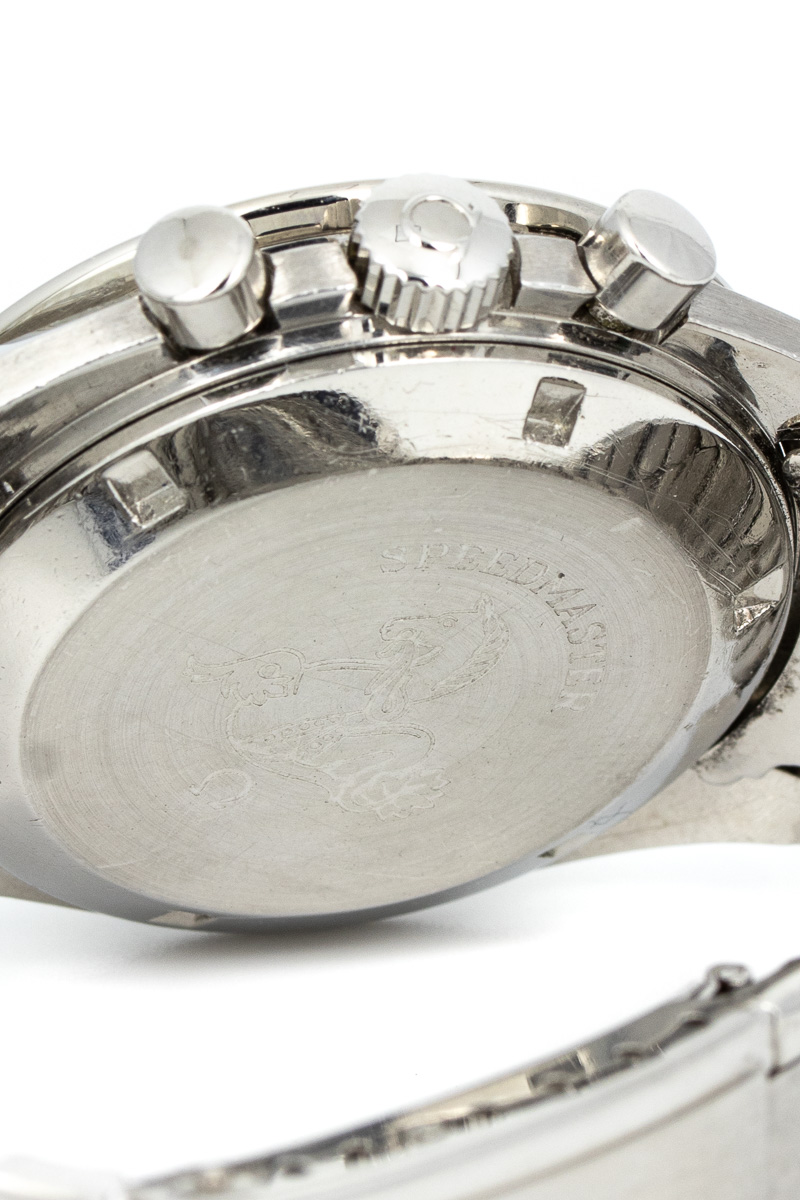 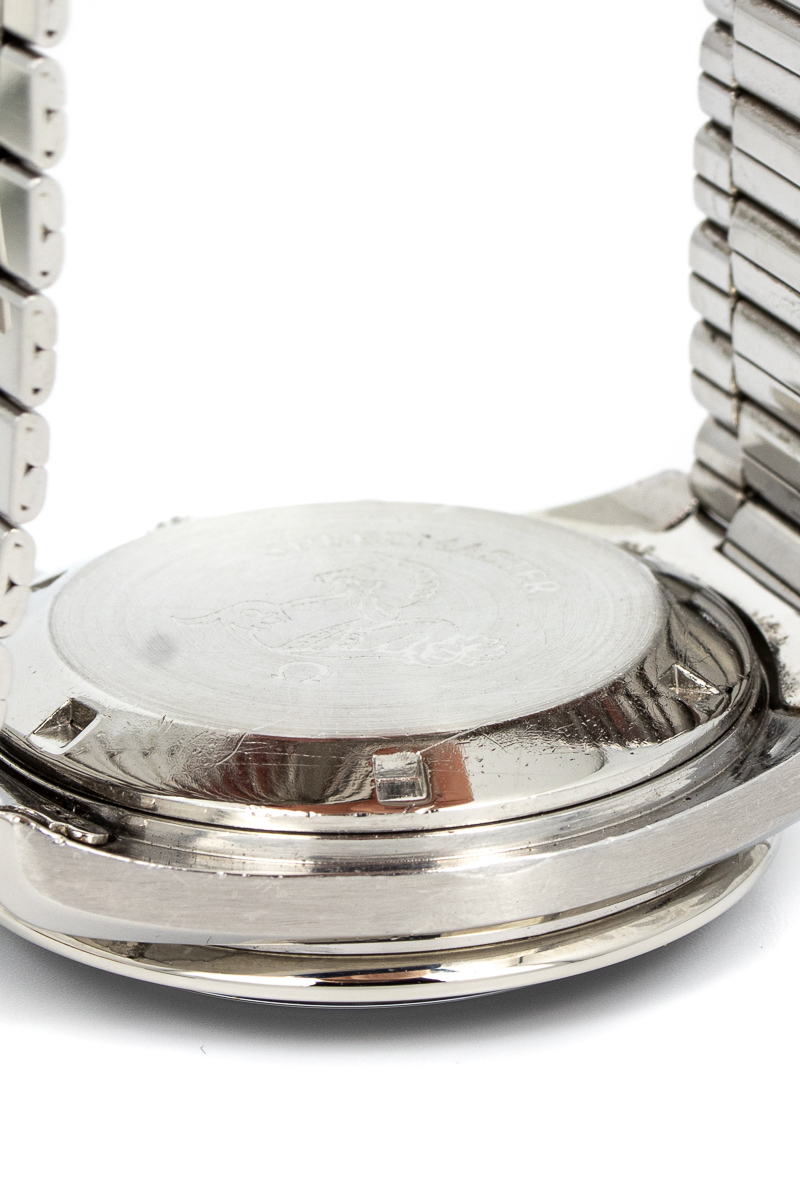 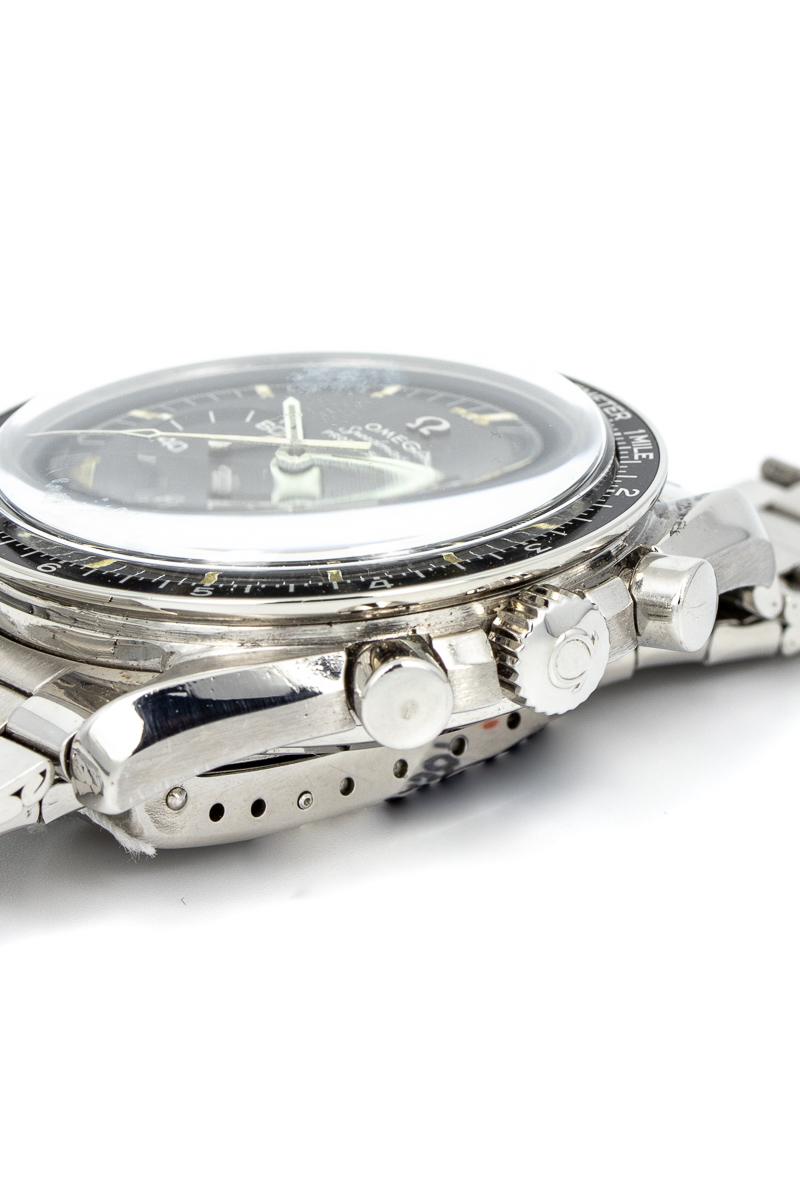 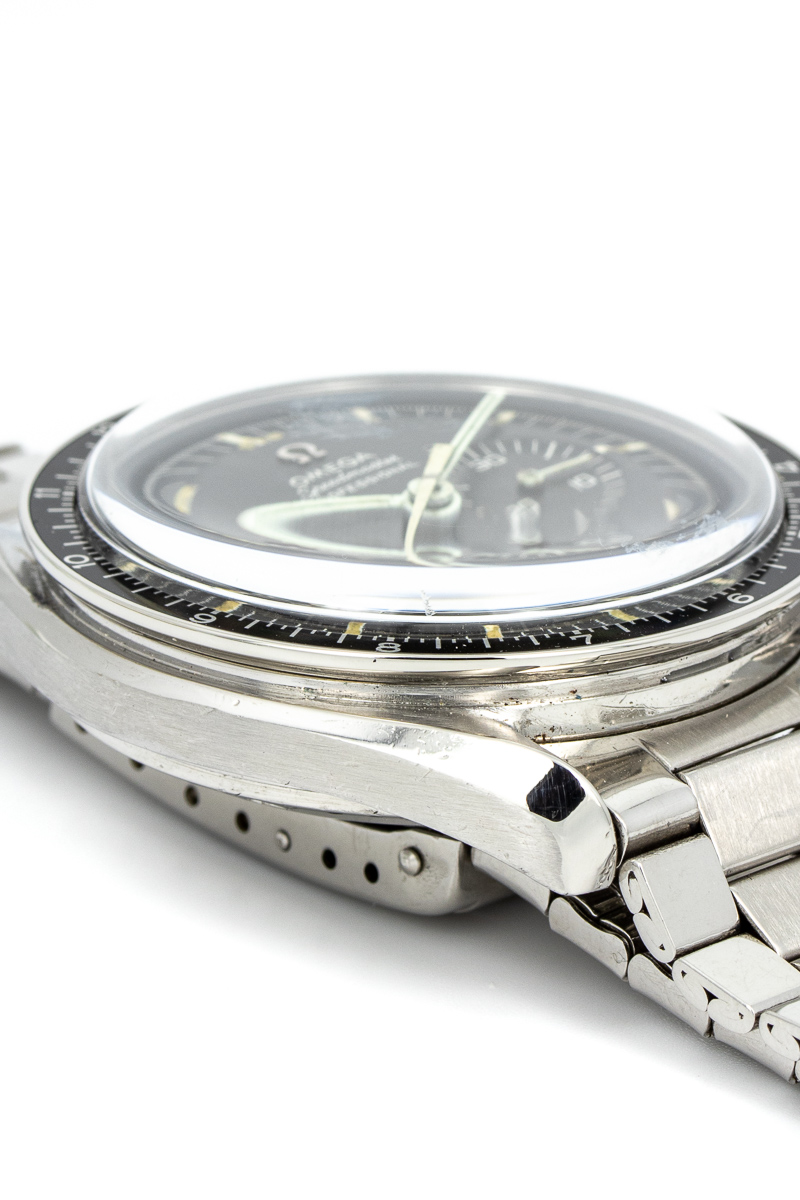 The true Speedmaster connoisseur will recognize this as something special. A pre-moon 321 caliber Speedy with a Telemeter bezel in miles. A great addition to any collection!

The telemeter bezel is used to calculate distance based on the difference between the speed of sound and the speed of light. In military watches, it was often used to measure the distance to enemy artillery. The chronograph would be engaged when the nozzle flash was seen and disengaged when the sound of the cannon being fired was heard. The seconds hand will then be pointing at the number of miles between you and those with a rather serious grudge towards you. A less violent application is to measure the distance of a thunderstorm by engaging upon seeing the lightning and disengaging upon hearing the thunder. Again, the seconds hand will be pointing at the correct distance on the telemeter bezel.

These telemeter bezels were optional (tachymeters are standard) on Speedmasters from the early sixties onwards. While the earliest models featured a ’rounded 3′, this one had the ‘sharp 3’, which is correct for the ca. 1968 dating of this watch. Being optional and having only been available for a limited amount of time, these bezels are far rarer than the regular tachymeter variants.

But the bezel is just the icing on the cake here. The ref. 145.022-67 is one hell of a watch with any bezel. A true pre-moon Speedmaster with all the implied goodies, such as the applied Omega logo and of course that fabled 321 caliber. The classic flat-link bracelet completes a very appealing package.