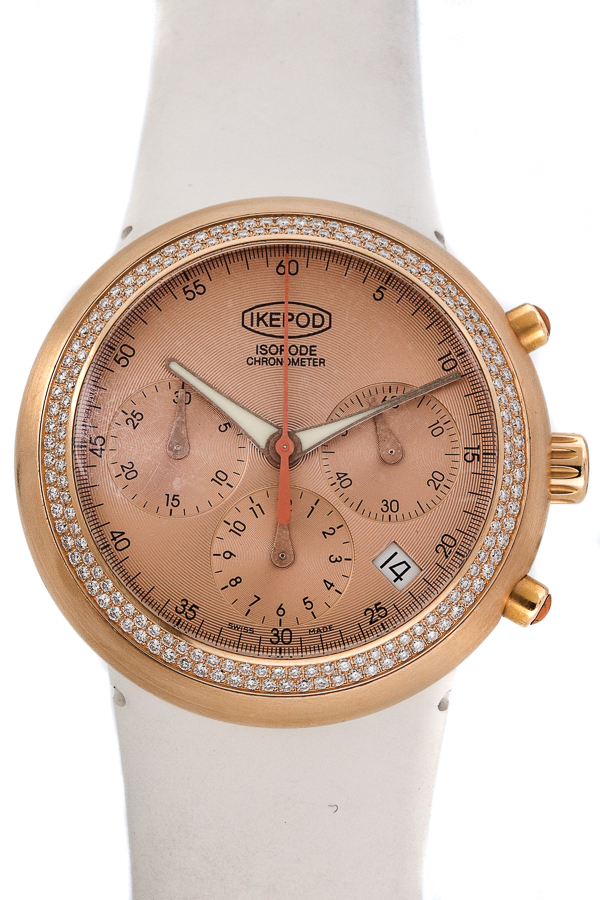 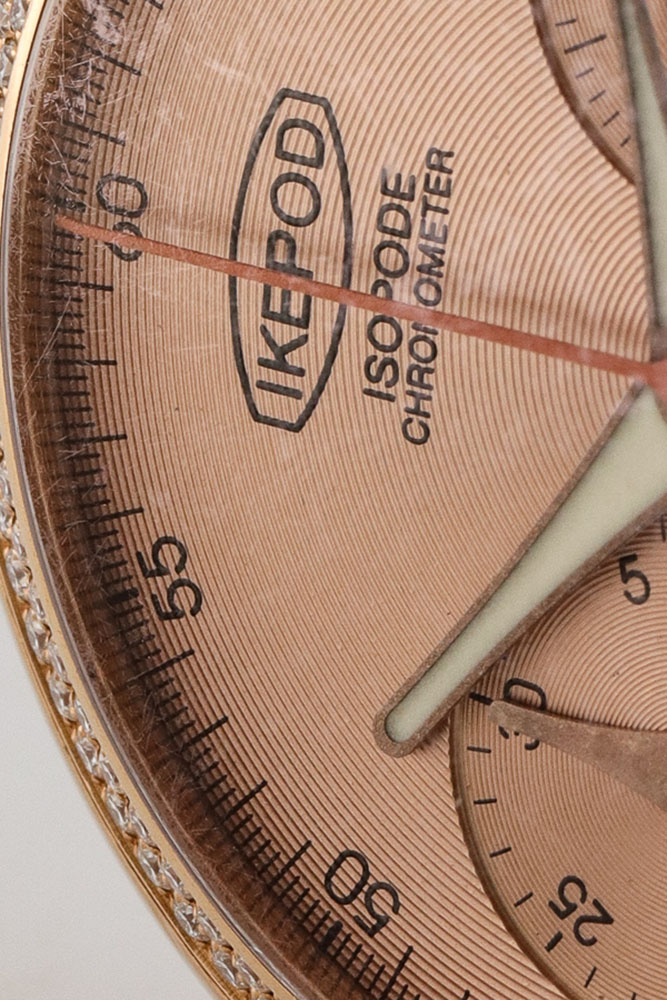 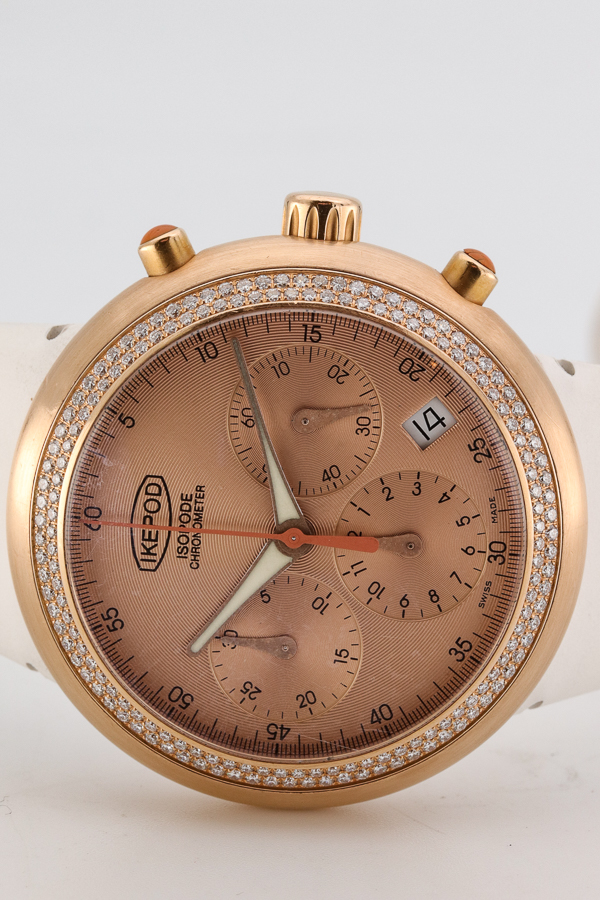 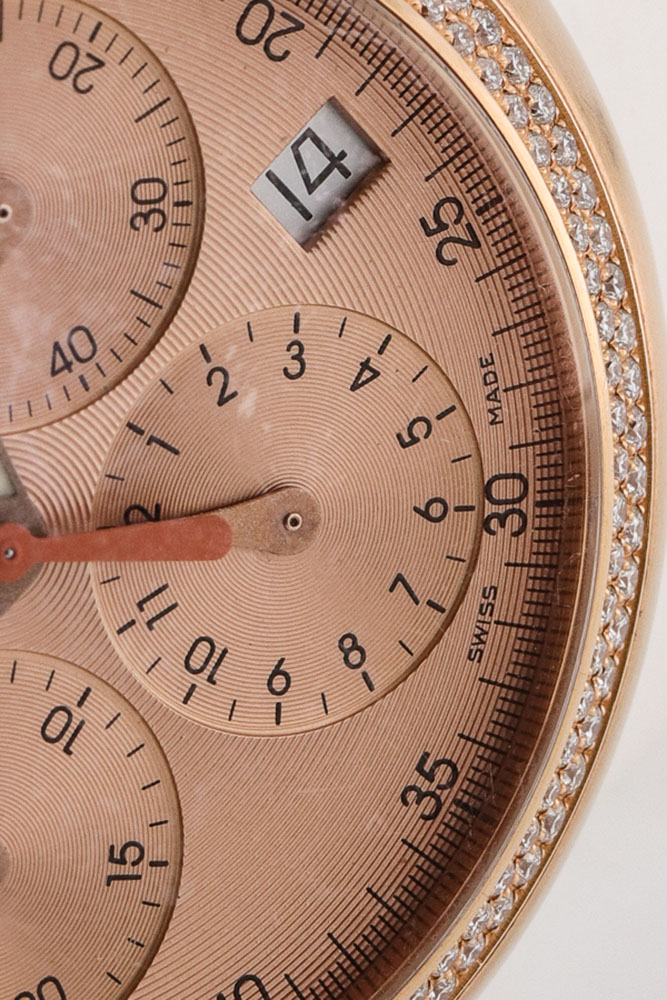 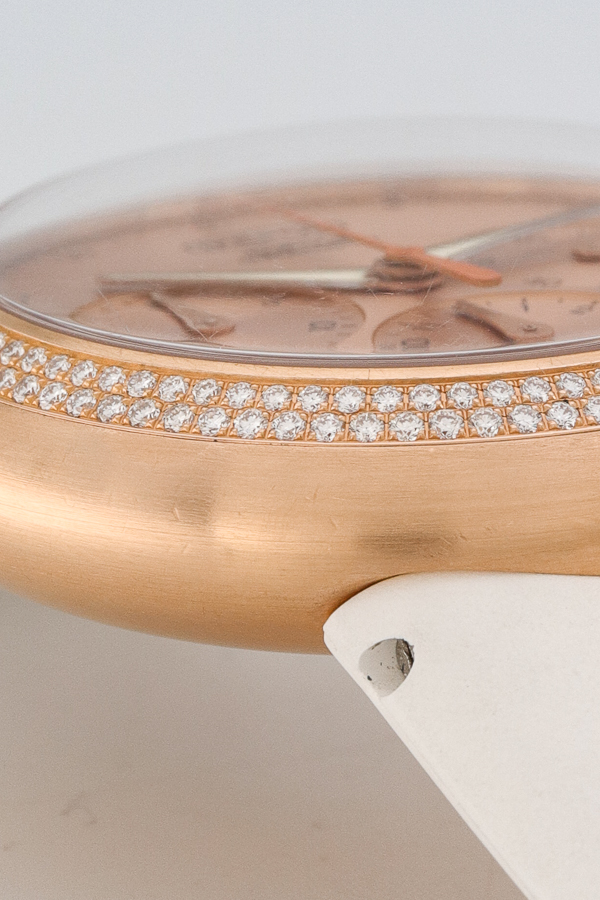 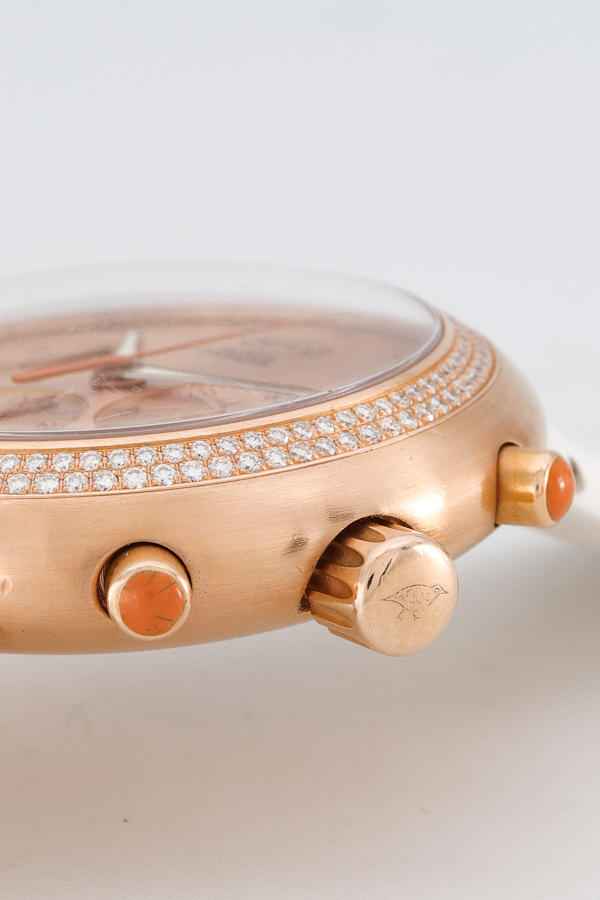 Ikepod started in 1993 – 1994 when Oliver Ike, a Swiss businessman who also worked in the furniture industry, hired Marc Newson to design designer watches for a “distinctive brand.” Ike was familiar with Newson as the designer of his furniture designs. The first watch design by Marc Newson was the “pod” and was designed by him when he was 23 years old (in 1986). The name “Ikepod” was not only an addition to the surname of Oliver Ike but also a reference to Newson’s “obsession” for the “pod” and “capsule” designs that defines much of his work.

The Ikepod Isopode is named after “Isopoda”, a form of the few orders of shellfish of which there are species on the land. In general, it is a very diverse group of which most species live in the sea, but some species have adapted to the land.

This Isopode is a very special version, namely made entirely of 18k rose gold and a lunette set with diamonds. A beautiful piece of jewelry with the functionalities of a watch. The watch has a Swiss ETA Valjoux 7750 automatic chronograph movement with a separate date indication. The watch has a new, original strap and a diameter of 39 mm.