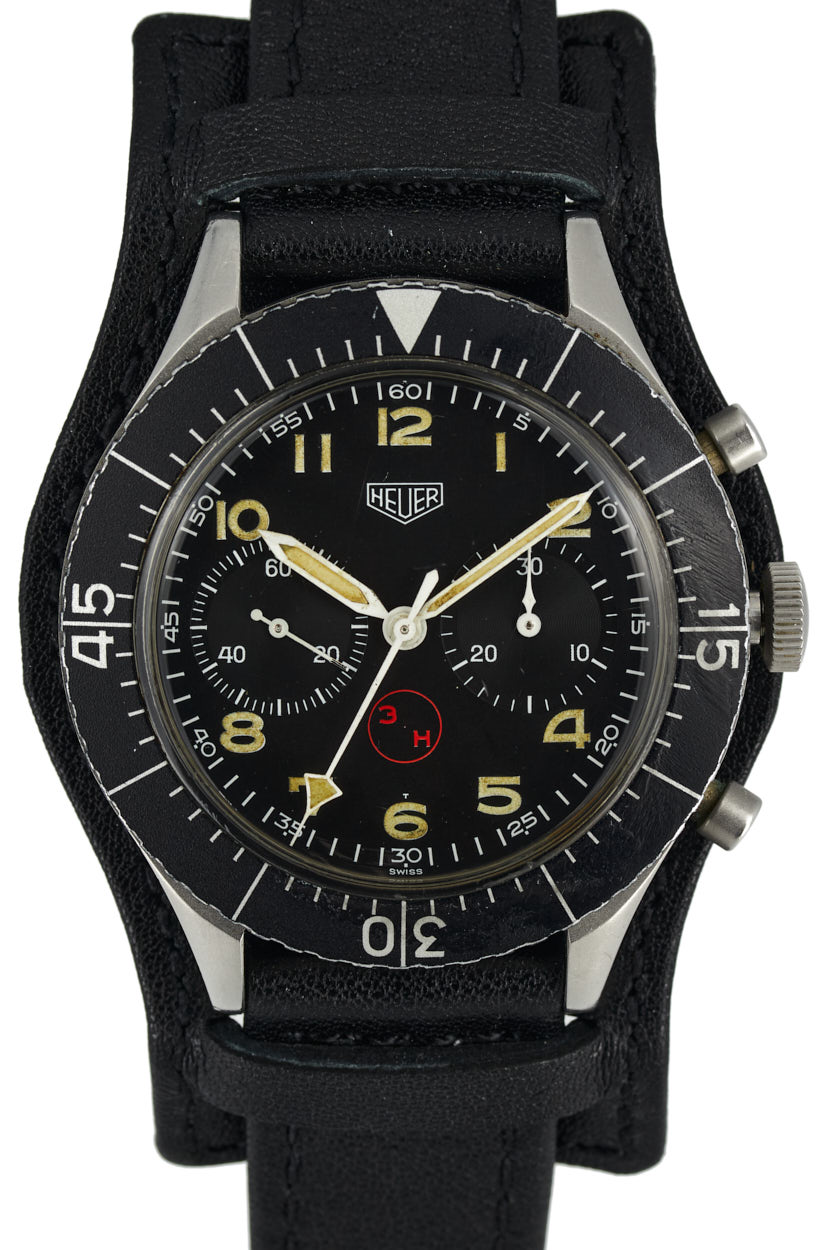 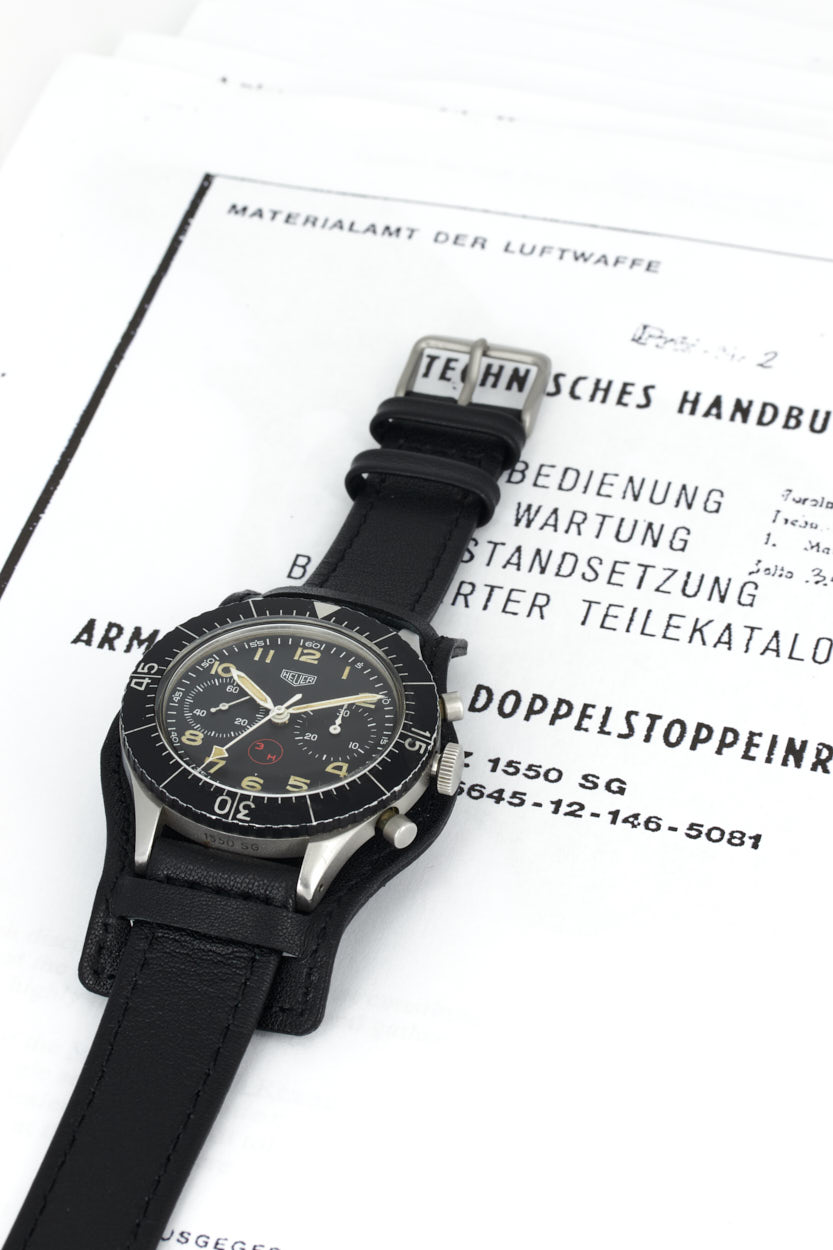 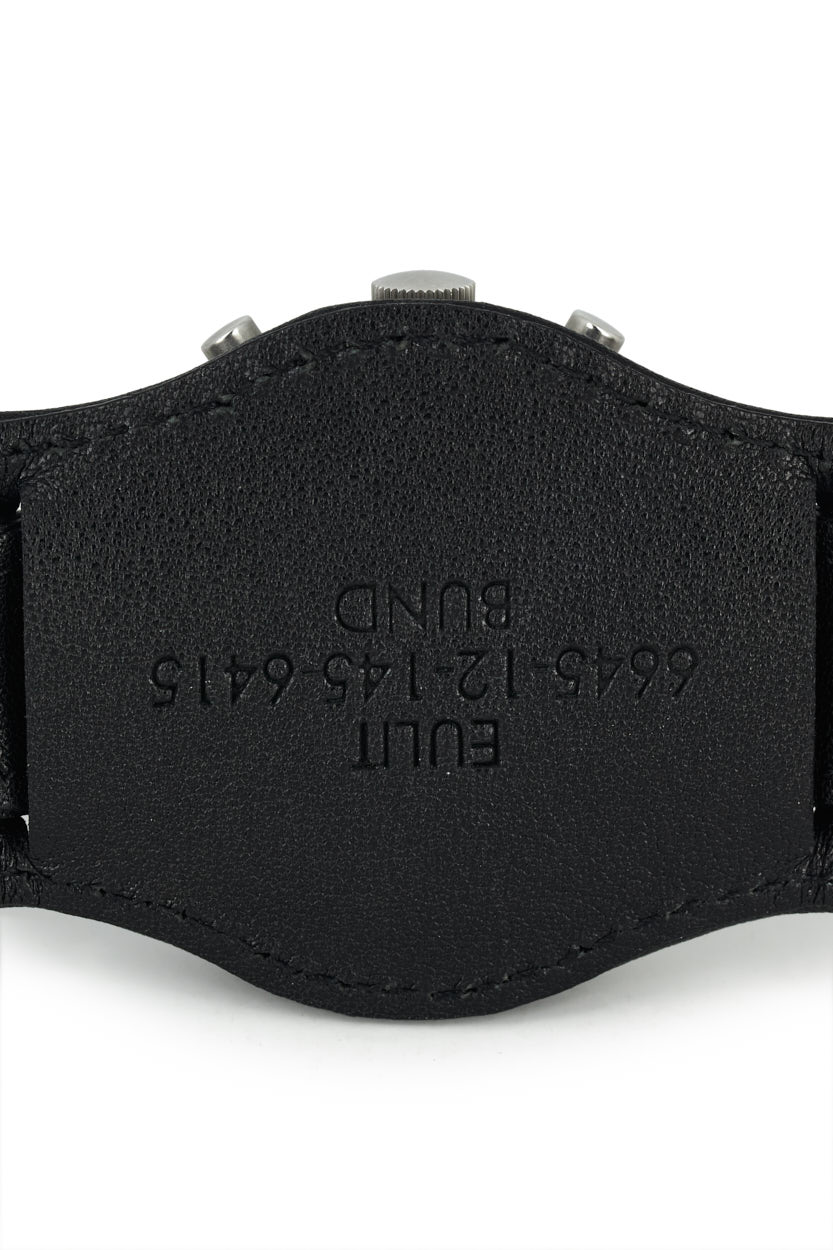 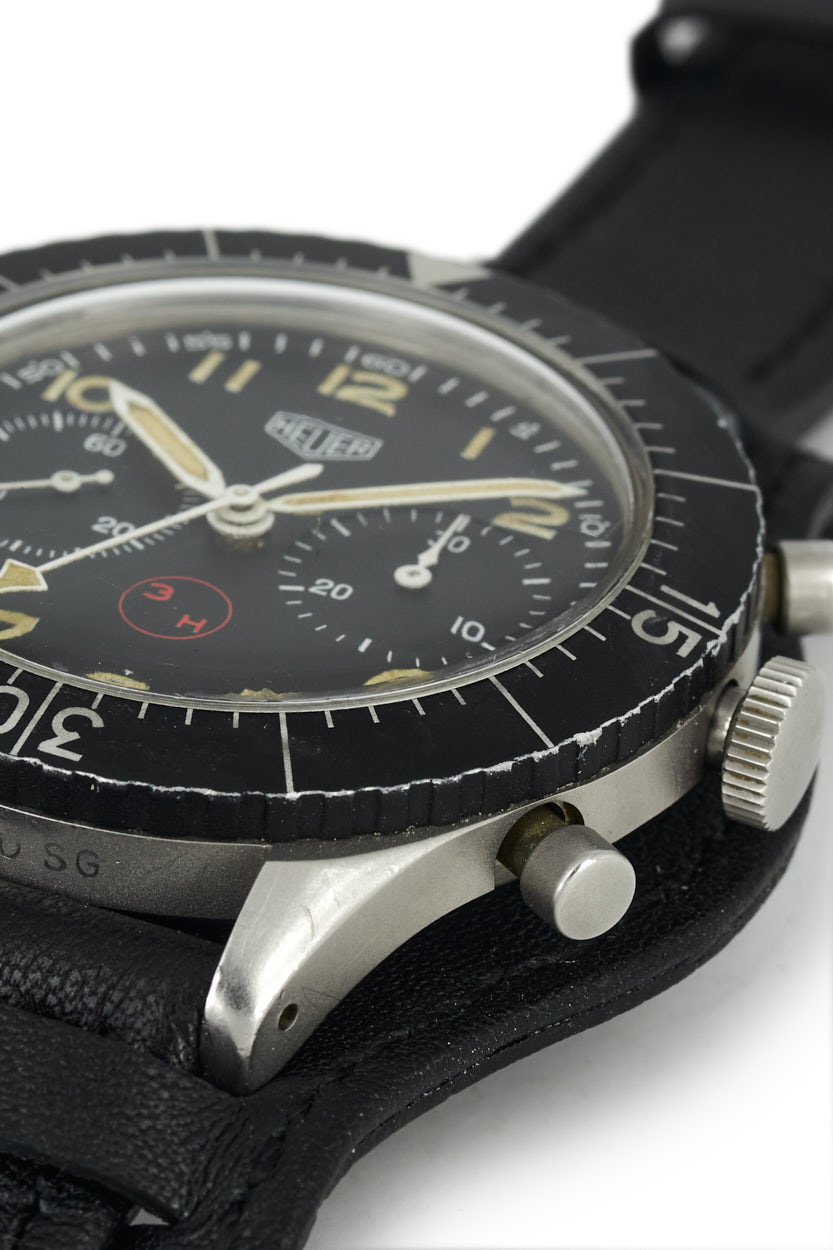 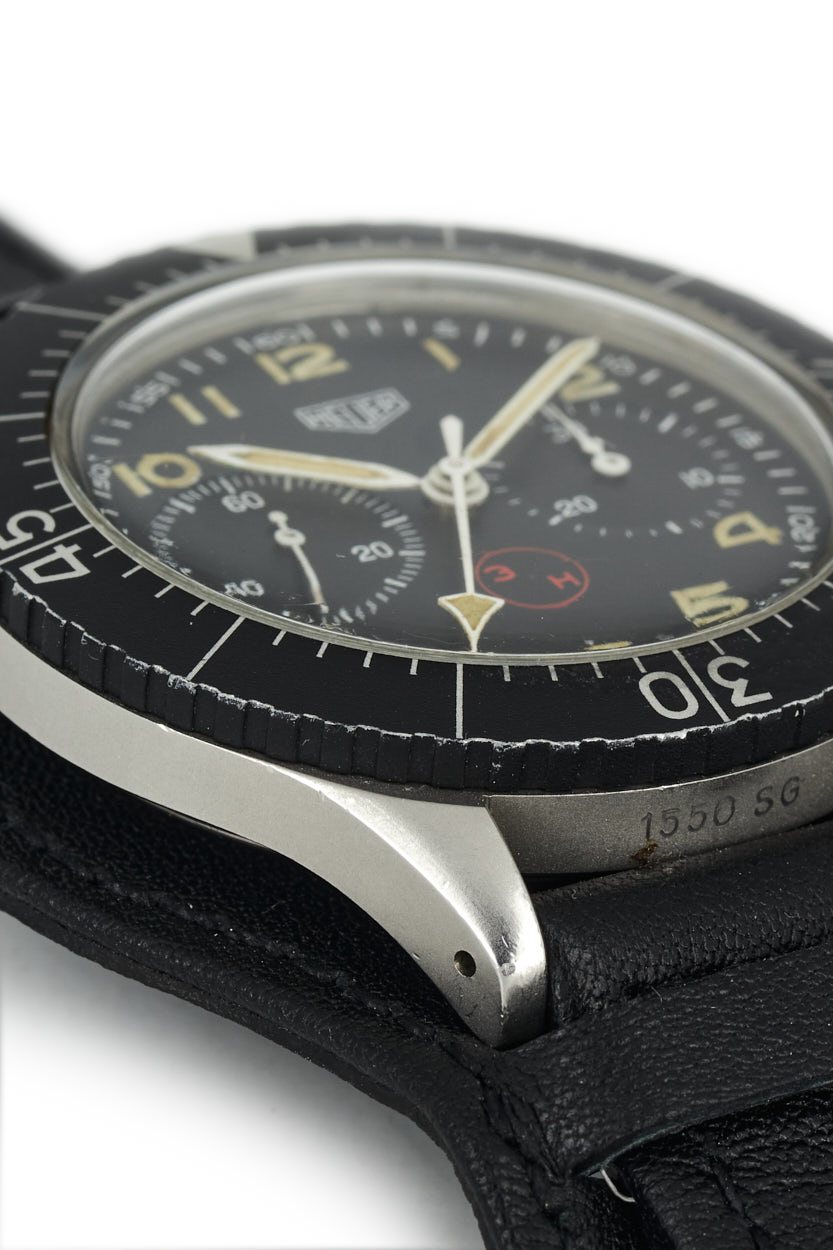 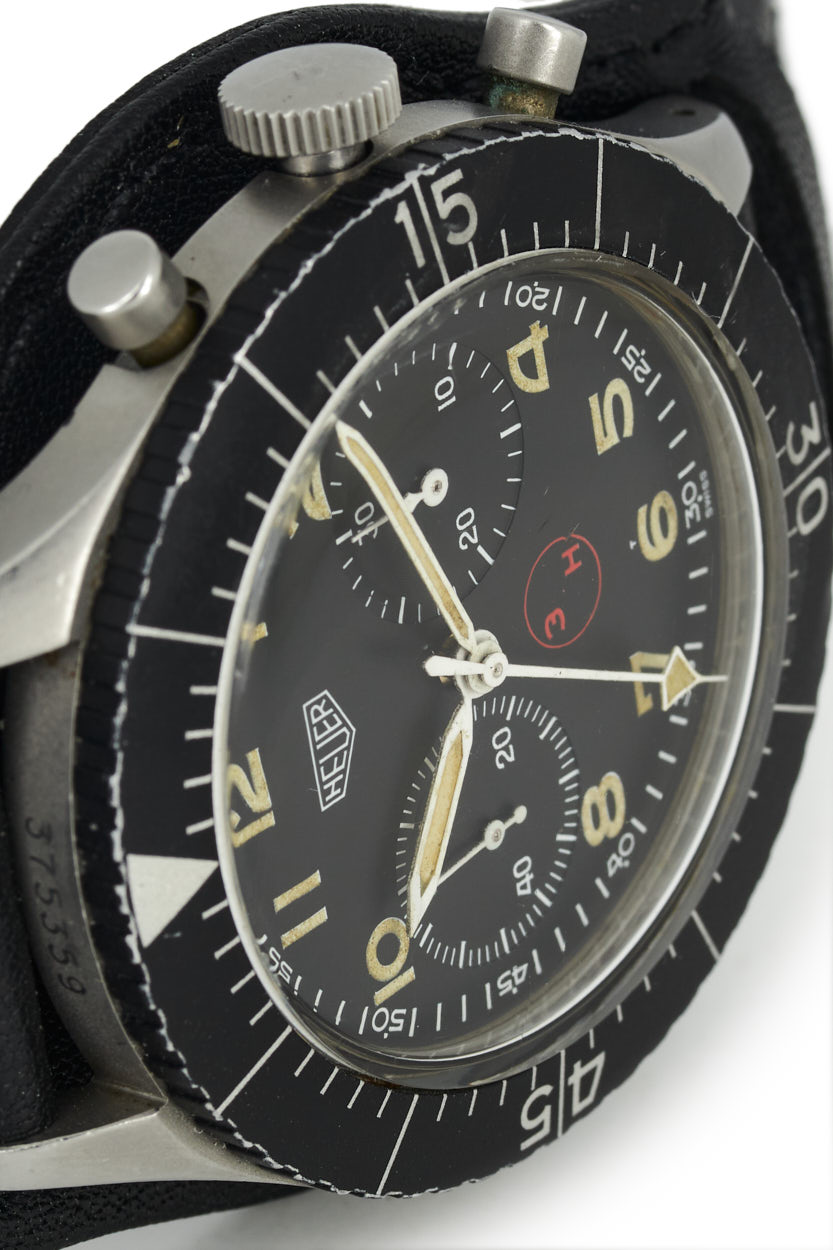 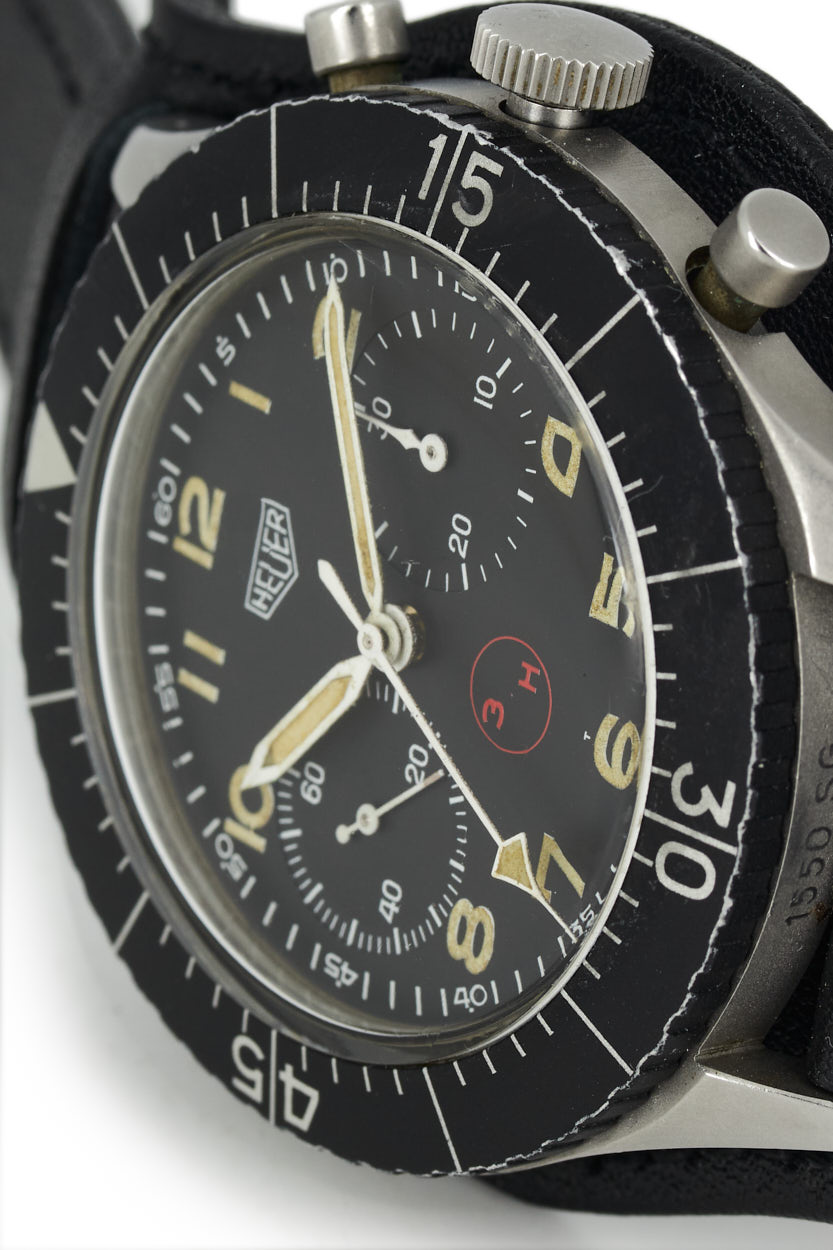 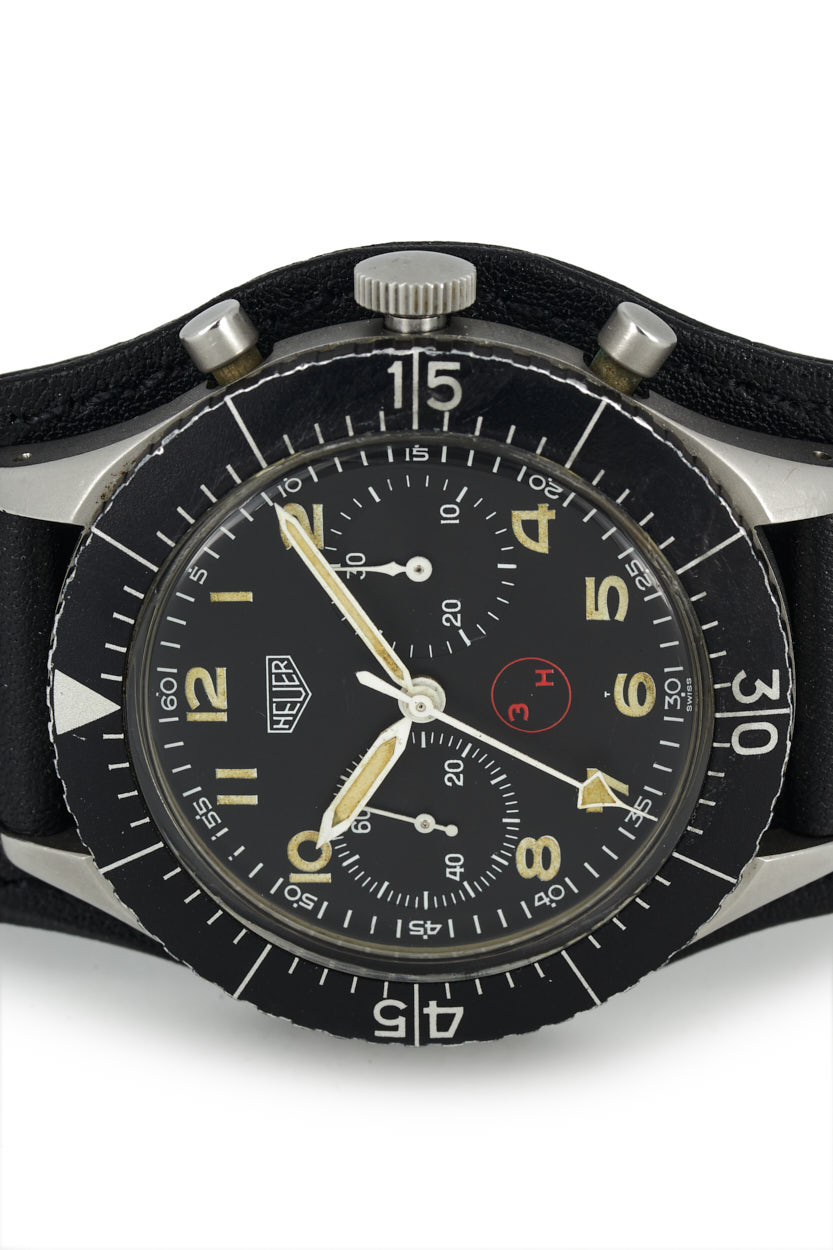 While the world descended into the cold war, West Germany formed the Bundeswehr in 1955, with the aim of protecting the Eastern border against the Soviets. The Bundeswehr, as NATO’s frontline, was very well equipped. The Heuer Bund was a part of that equipment, in production from 1955 until 1990.

The Heuer Bund was a pilot’s watch by design, as you can clearly see from the Flyback chronograph complication. But the watch saw action in other parts of the army as well.

The Bund was made in several versions, this is the classic version with the 3H (tritium) logo, the small ‘T’ over the six, and the classic Heuer logo.

Our specimen comes with beautifully yellowed tritium. We have paired it with a reproduction of the original Bund strap in black, for maximum authenticity.

A watch that is quite simply beautiful on its own, but also features all the historic significance we watch lovers care about.