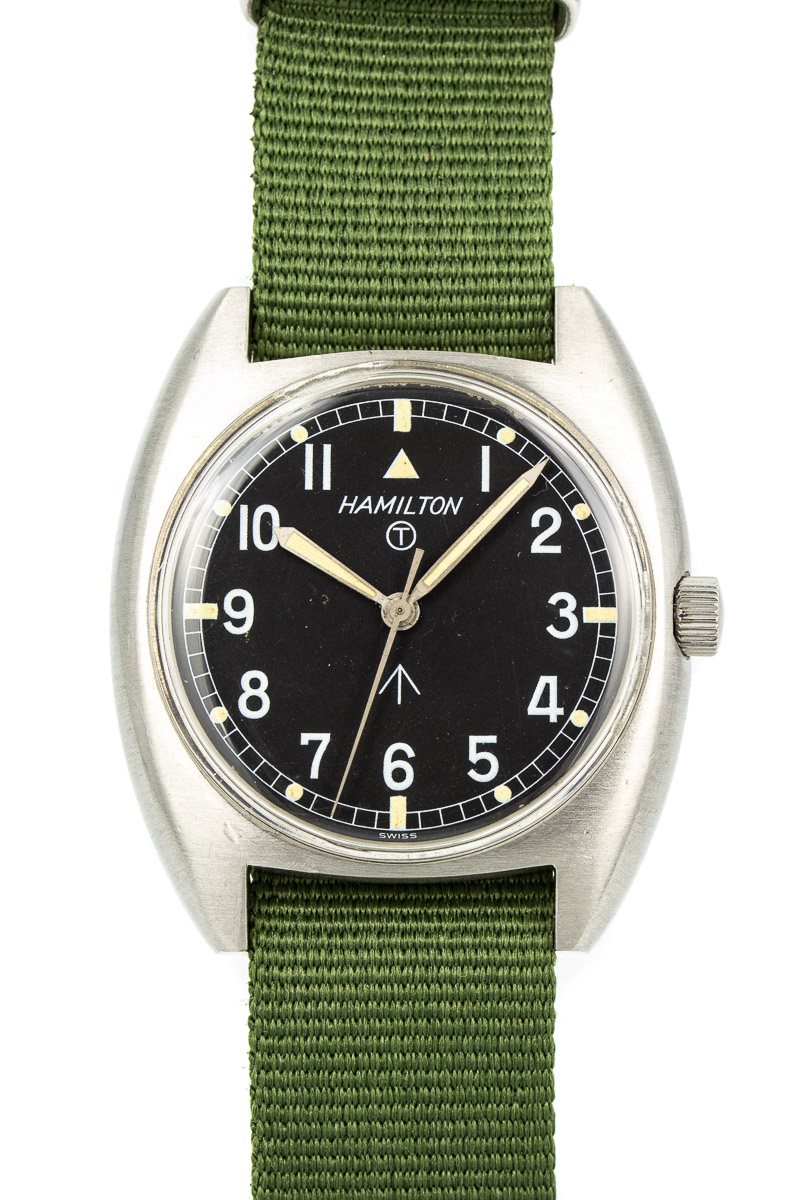 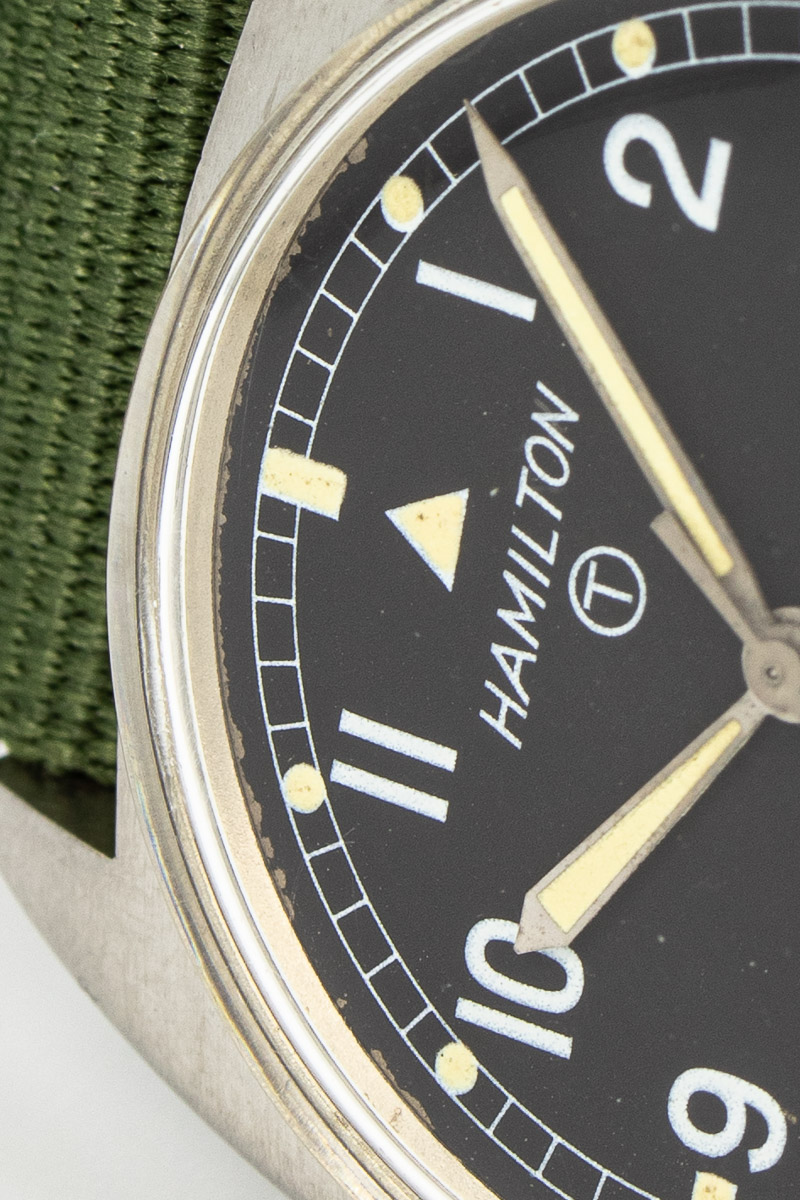 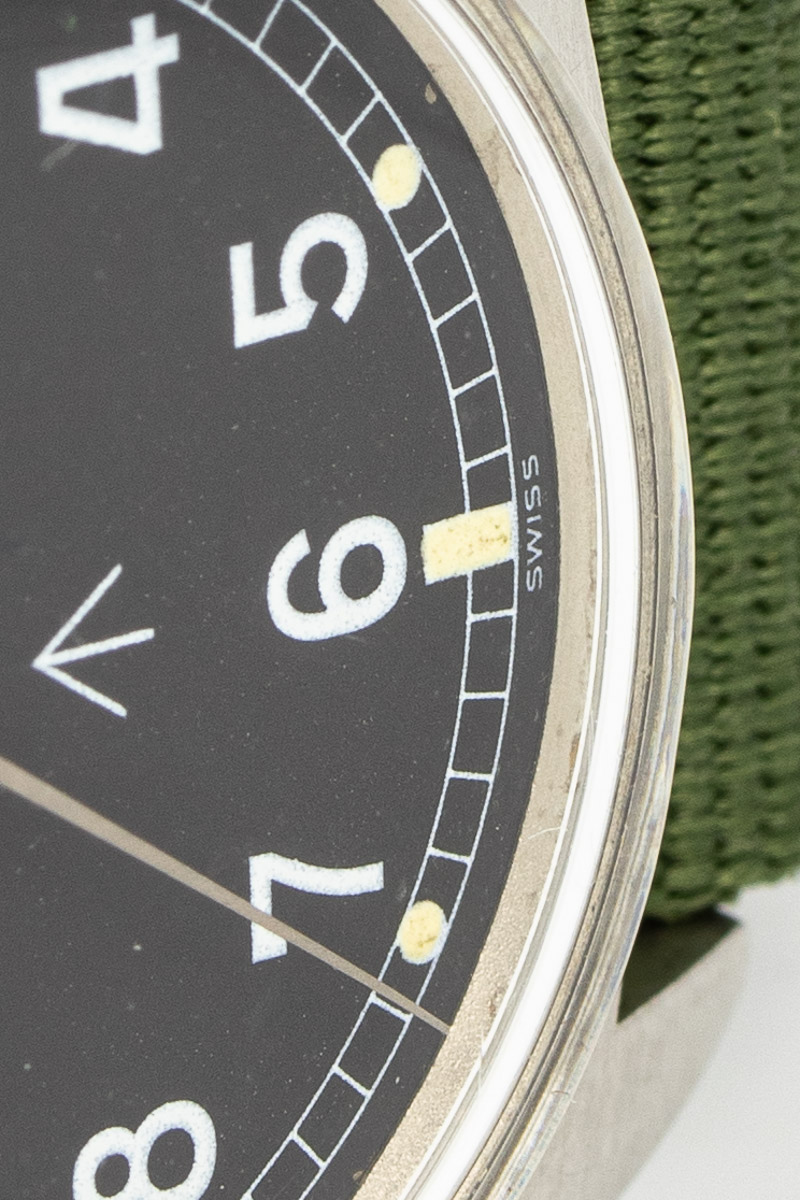 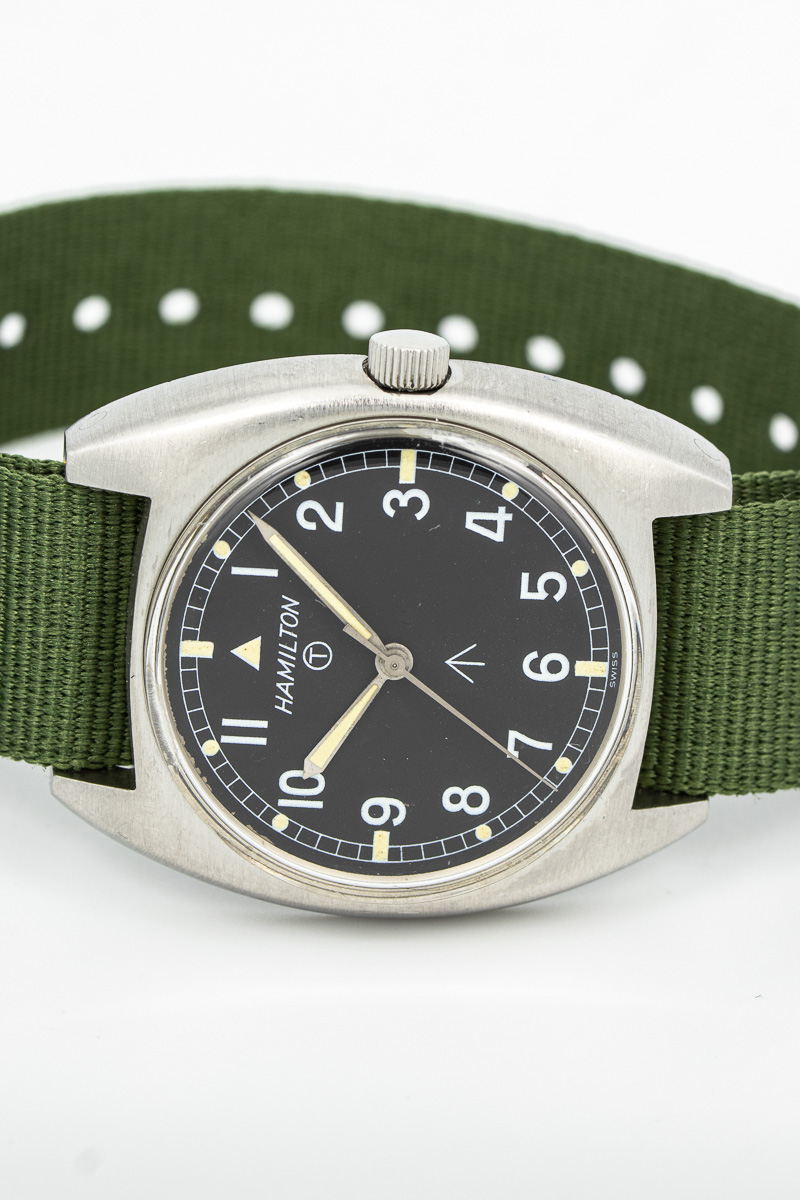 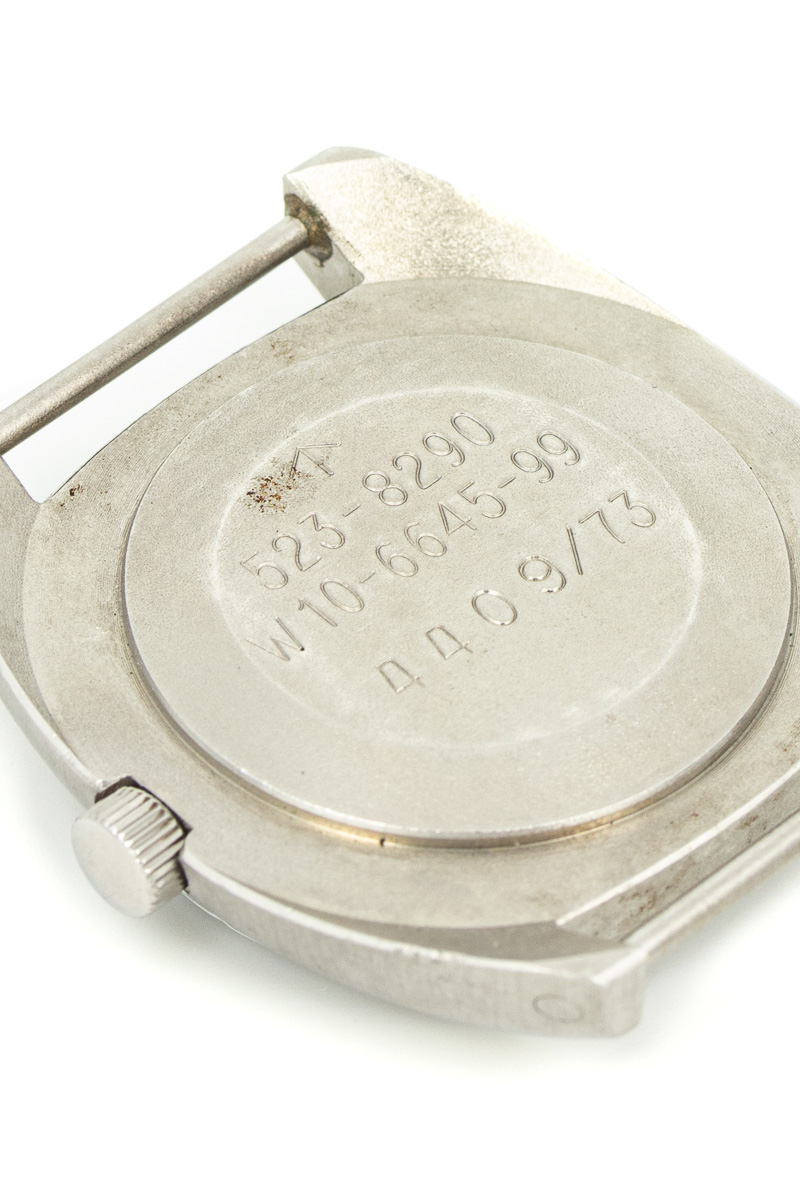 Let us introduce you to the Hamilton W10 ‘Broad Arrow’. Its looks must be quite familiar to many.

During World War II the British Ministry of Defence issued an order for the Military. 12 brands jointly provided the same type of watches, which today are known as the ‘Dirty Dozen’. The design was simple and practical; black dials with white Arabic numerals for the best legibility, 35mm diameter, a waterproof case and nothing else. Quite similar to this Hamilton right?

In the 1970s the British Ministry of Defense issued a new order for Military watches. This time one manufacturer was chosen, and you guessed it; Hamilton got the job. The requirements were quite similar to the 1940s watches. Therefore it’s no surprise that the result of this re-issue looks a lot like the original. The watch Hamilton produced is called the W10 and it is simply a more modern version of the Dirty Dozens. The watch is powered by a swiss manual movement and features a stainless steel tonneau-shaped case. This watch has all the correct engravings in the caseback confirming this is a 1973 re-issue. The dial in this piece has the broad arrow printed above the 6 o’clock and beautiful tritium plots on every index.

When judging this watch on its condition, it’s fair to conclude it can’t have seen to many rough moments at the British Military. However, the patina on the tritium plots does suggest it has seen some sunlight, so the previous owner must’ve taken good care of it. If you’re looking for a cool military piece, riliable and not too old, then this is definitely a piece you should consider. Available now!