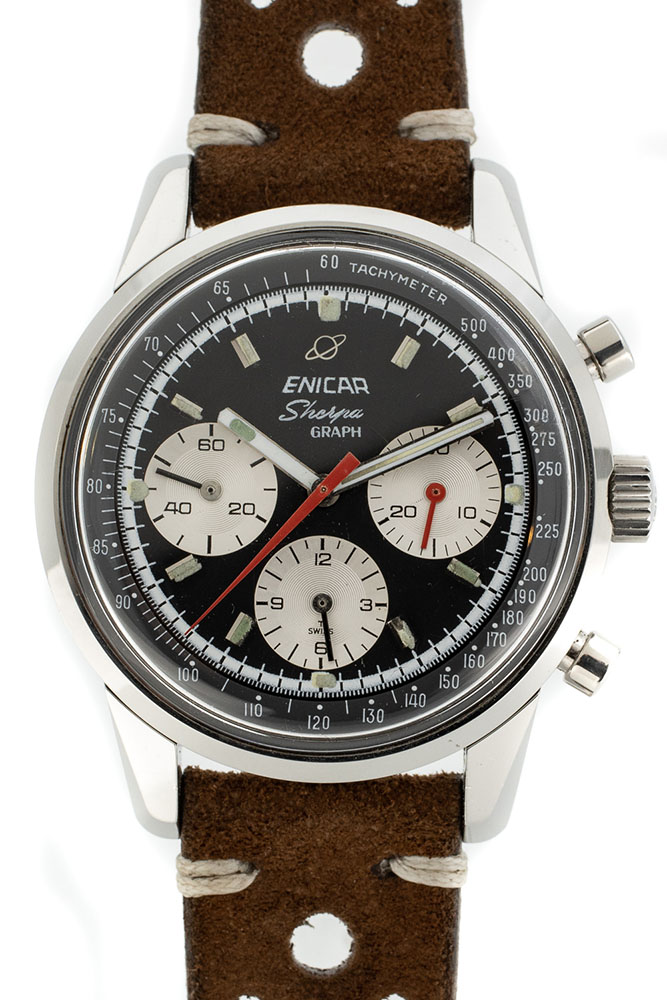 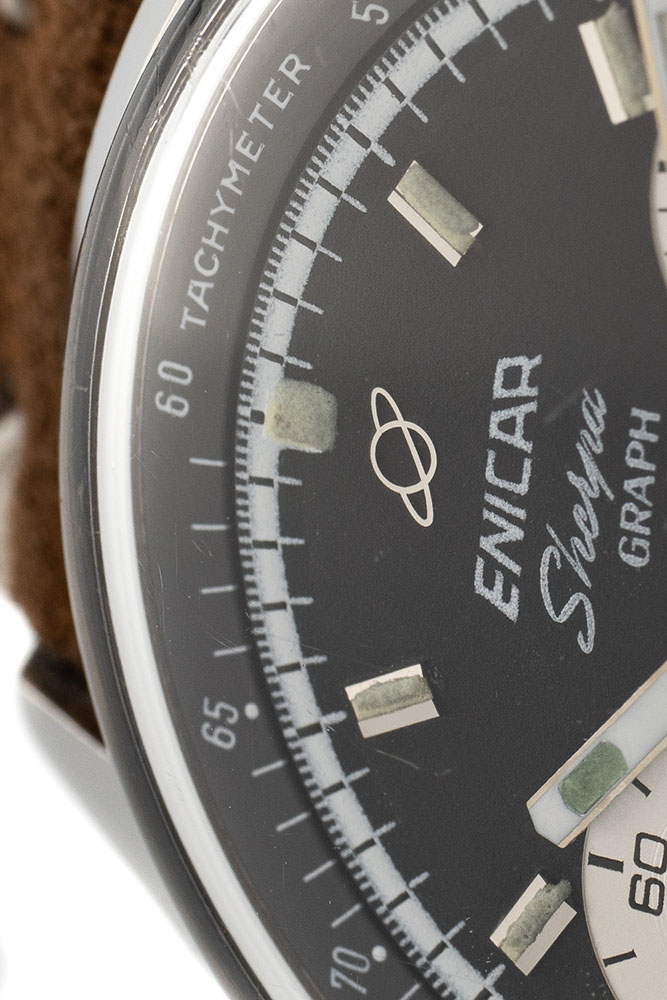 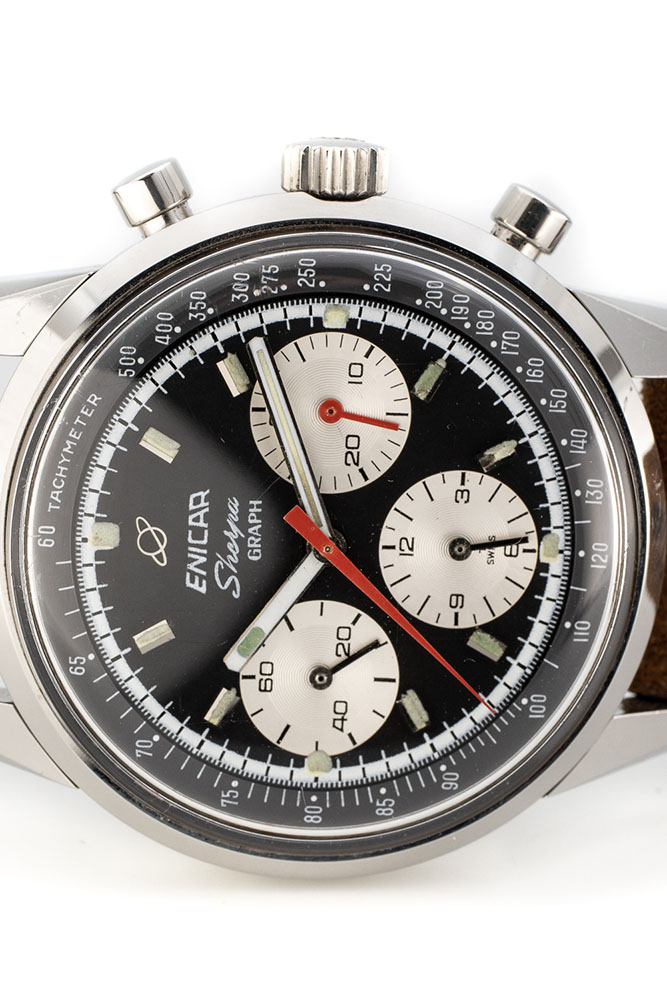 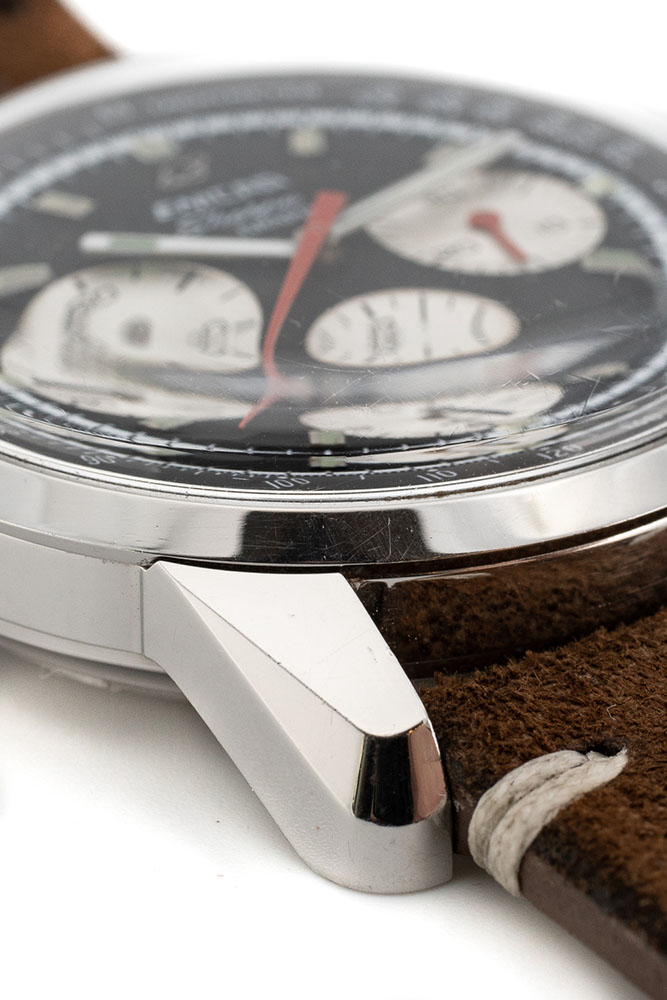 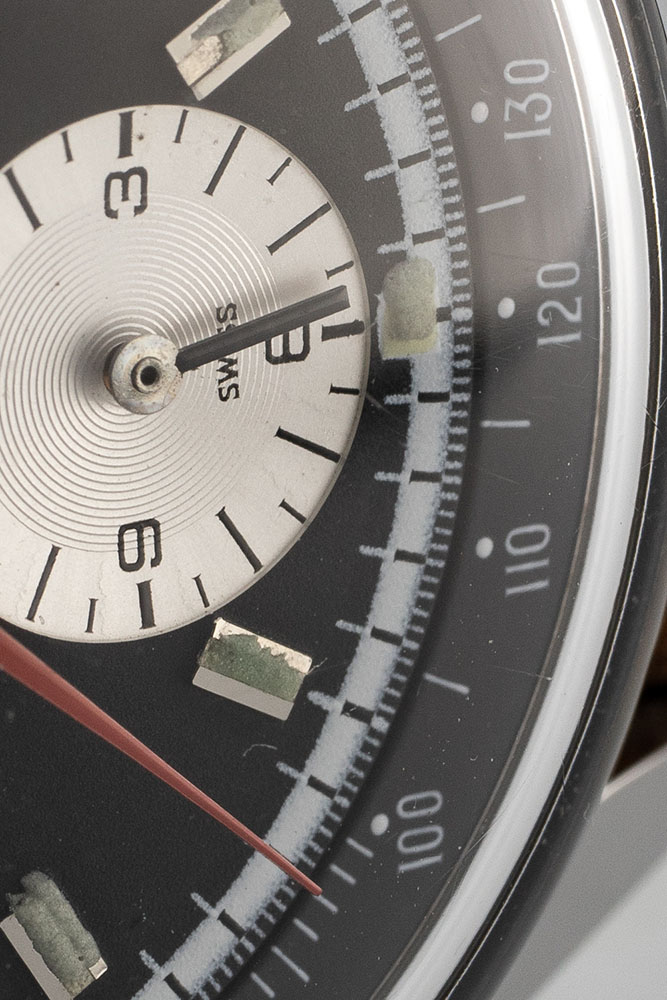 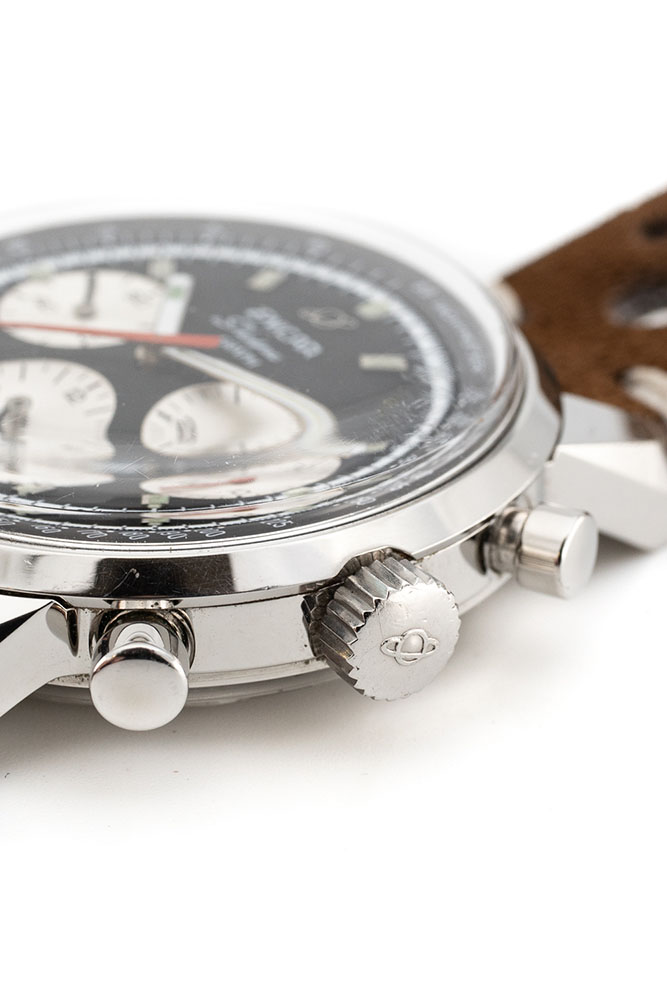 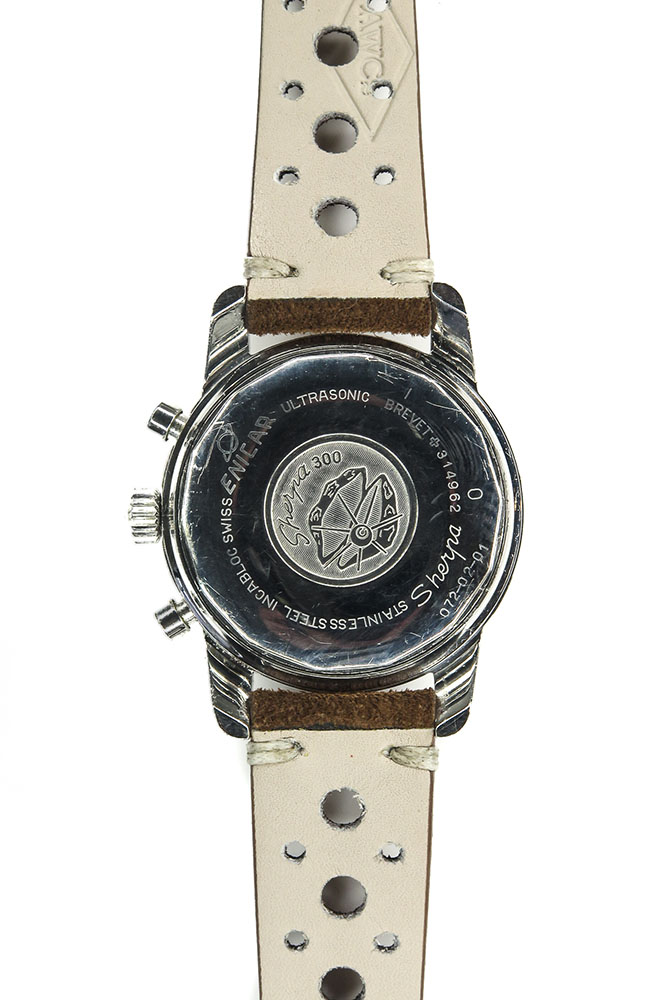 The name “Jim Clark” is just as connected to the Enicar Sherpa Graph as “Paul Newman” to the Rolex Daytona. Jim Clark is a very famous name in motorsport. He was born in Scotland and has two Formula 1 world championships and an Indy 500 for Lotus to his name. He, unfortunately, died in a crash during a Formula 2 race in Germany. In addition to being a famous racing driver, he also turned out to be a big watch enthusiast. The history shows that he has worn watches from different brands (Breitling, Gallet) including several Enicar Sherpa Graphs.

A nice detail is that another very famous racing driver has been linked to Enicar, namely Stirling Moss. In 1960 Enicar introduced a revolutionary model, the Sherpa Graph, with a timepiece based on a Valjoux 72 caliber. Stirling Moss was used to promoting this watch by making the following statement: “The Enicar Sherpa is definitely the watch I have always wanted.”

The Sherpa Graph has been available in various versions, in which in particular the dial (color, logo), hands and back cover differed. The Sherpa Graph that we offer you here is a Mark IV with ‘baton’ hands, red minute counter of the chronograph and silver-colored ‘reverse panda’ subregisters. The watch has a high-quality case, beautifully finished with screwed back and sturdy case legs. The condition of this watch is very good. The timepiece is serviced and the case is unpolished.