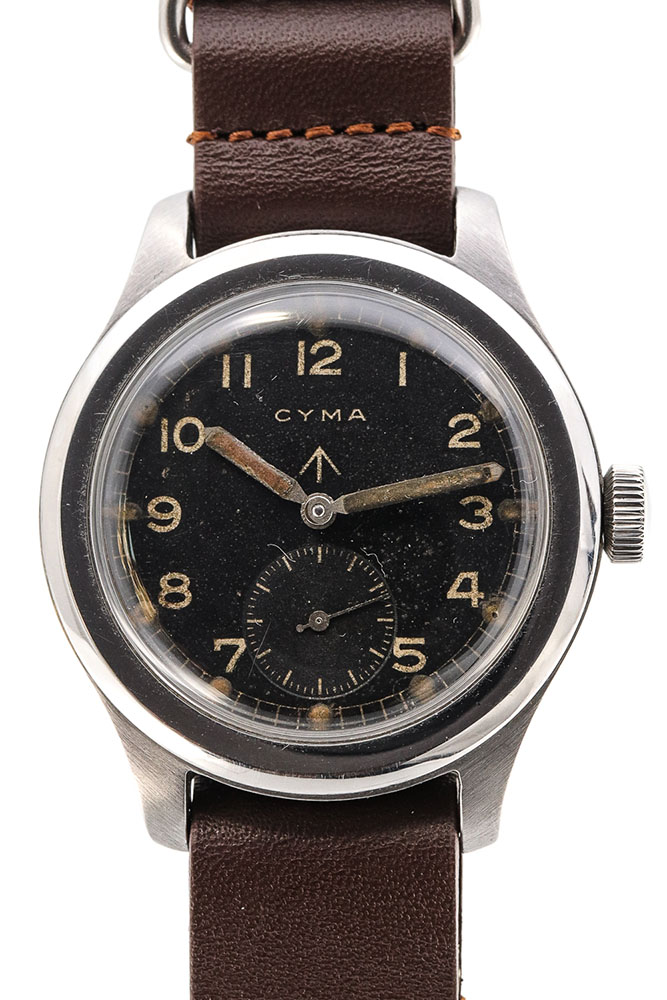 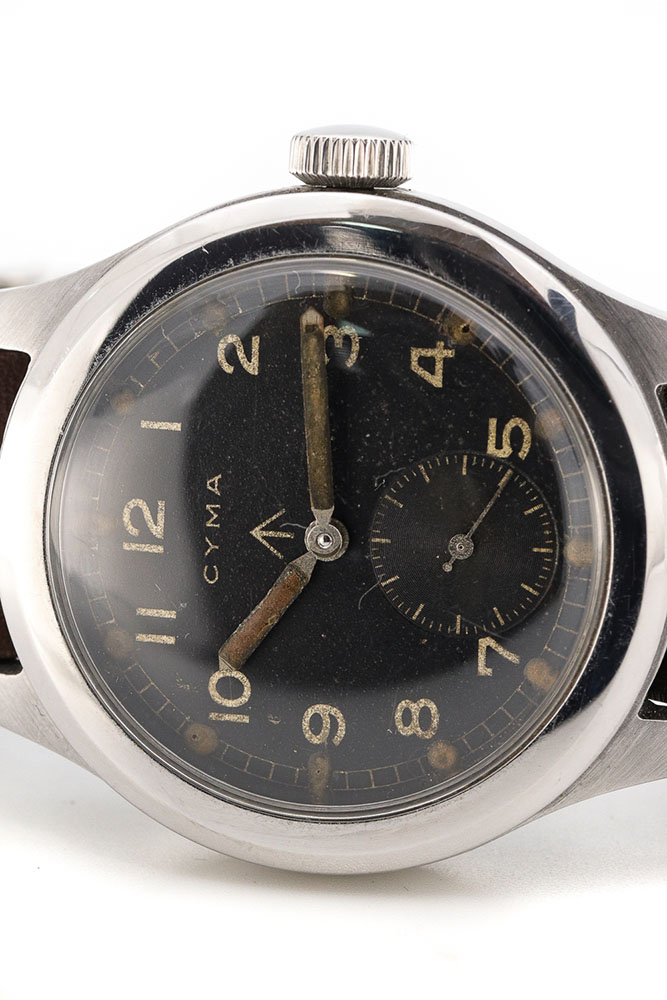 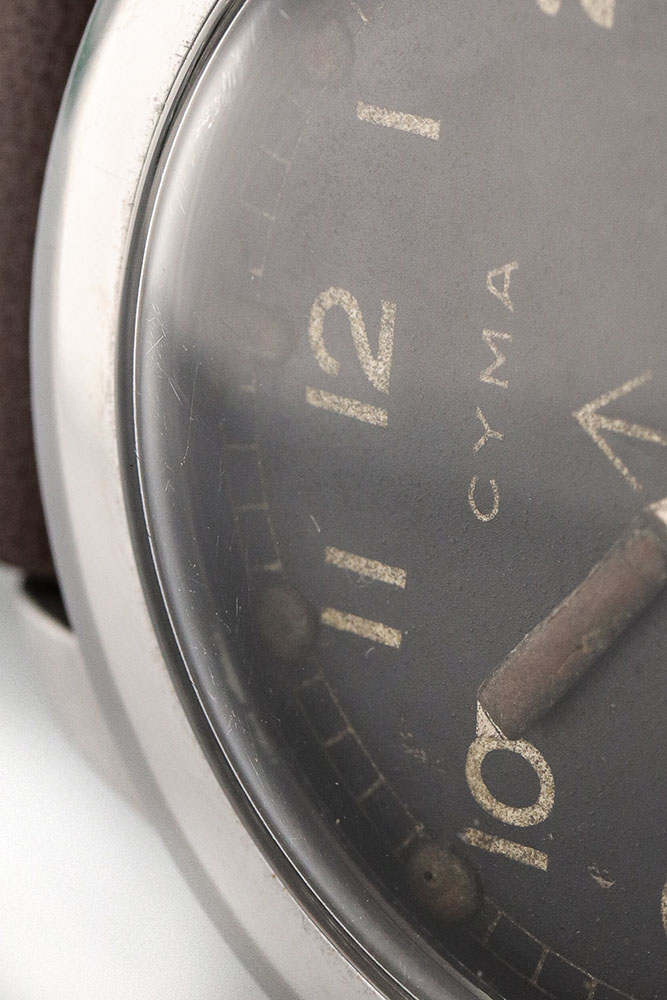 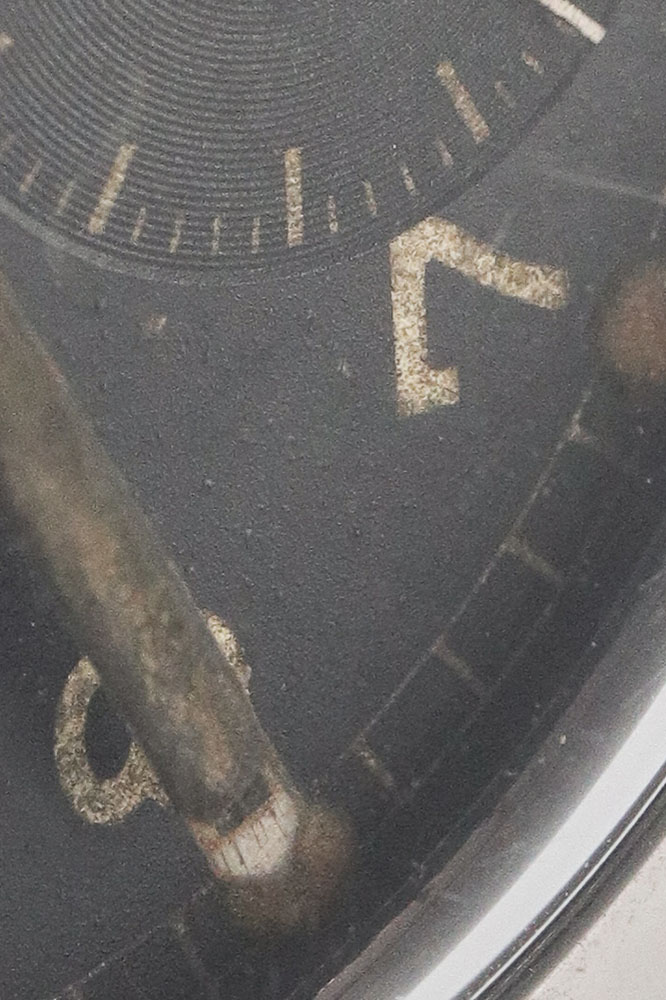 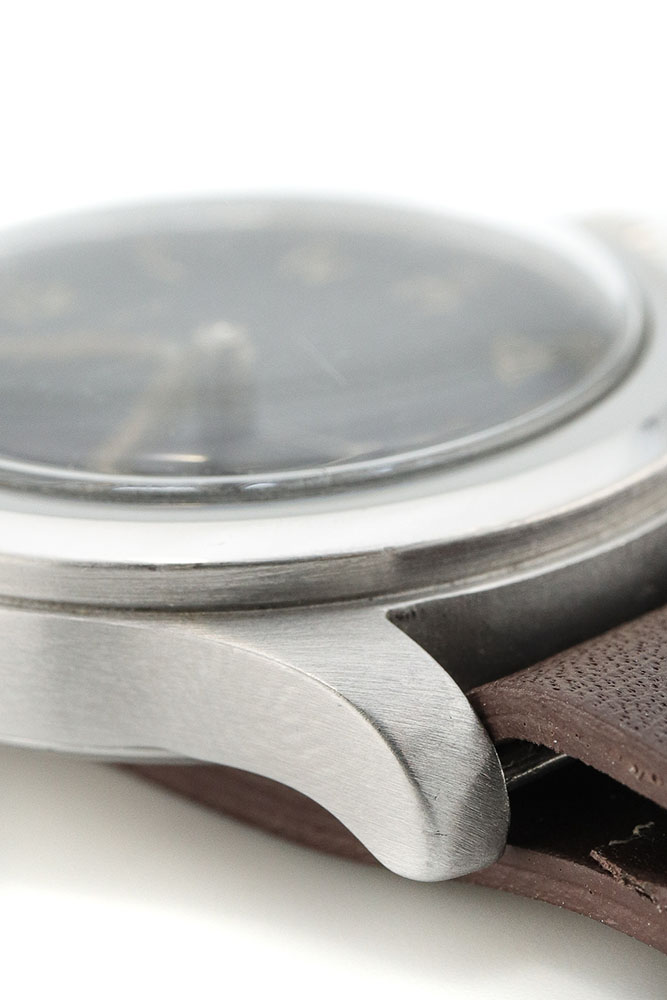 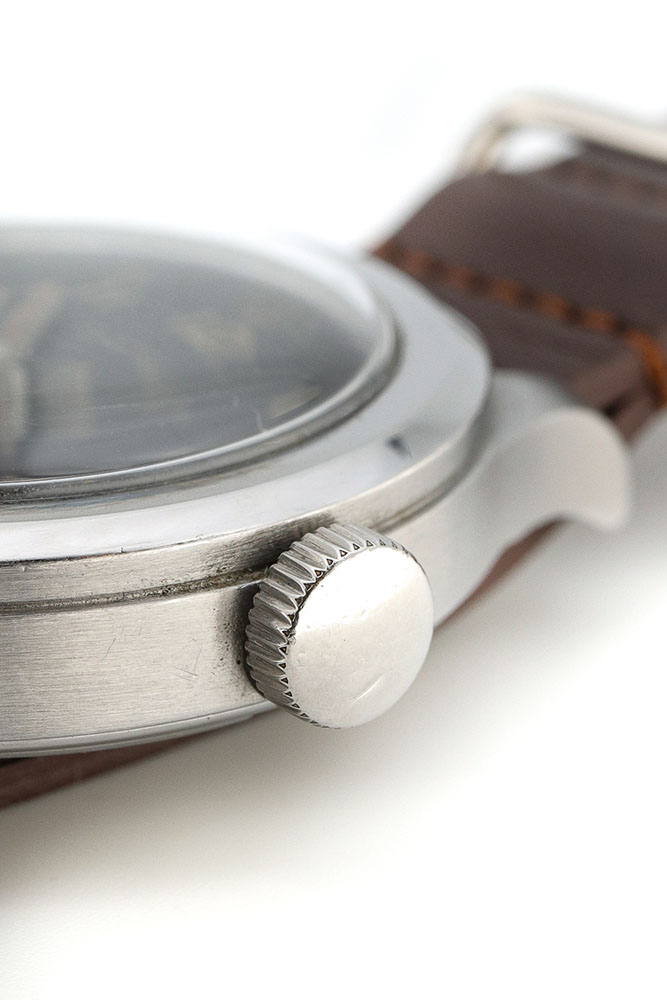 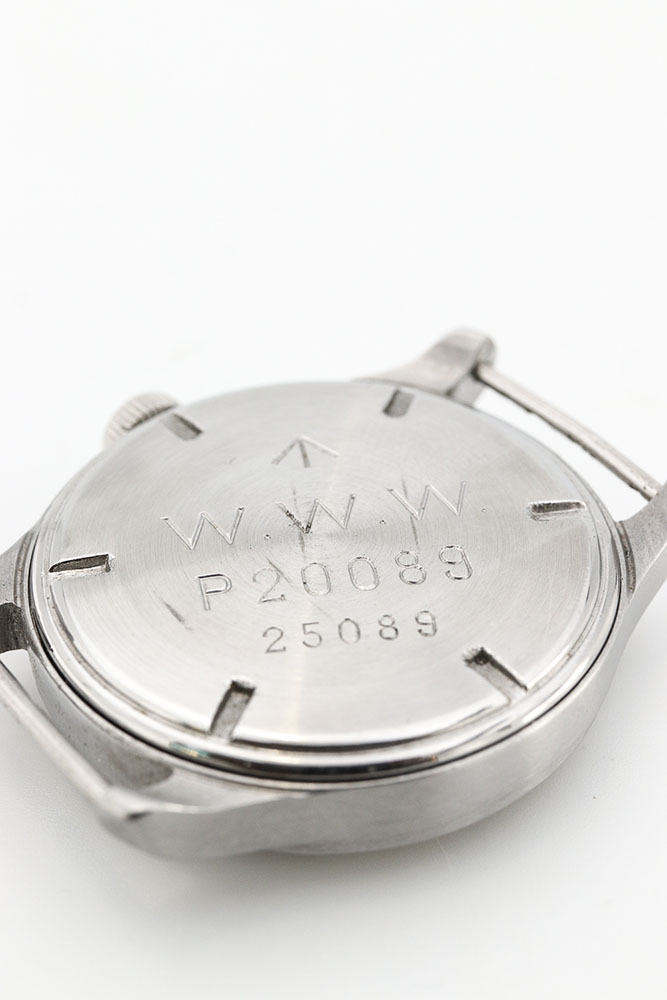 This watch is for the nostalgics in this world who value the story as much as they like the watch.

The second world war is a black page in the book of mankind. Life and survival were more important than wristwatches, but even in these days there was demand for watches, for example, the British army. We are pleased to offer you a piece which once belonged to them…

Britain was at war so the British army had need for military watches as well. Instead of adjusting an existing model, like the Rolex Milsub of the Royal Navy, the British government invited Swiss watch brands to build them military watches to the army’s standards. It had to be great quality and directly produced by the thousands because the war had already started. What happened was that 12 Swiss brands jointly started producing one type of watch, all destined to the British army. The producing brands were the following; Buren, Cyma, Eterna, Grana, Jaeger Le-Coultre, Lemania, Longines, IWC, Omega, Record, Timor and Vertex, jointly called ‘The Dirty Dozen’.

The unique thing about these watches was that they were all practically the same but just had a different brand name printed on the dial above the arrowhead logo. The case backs were all stamped with a case number, a military number and ‘W.W.W.’ on the inside. This literally meant Watch, Wrist and Waterproof, so much for fun facts about this watch.

The watch case measures 35 mm. which feels just right. The white printed numerals are well legible on the black dial. The military hands in this watch look like they could’ve been relumed, but they do look like they have been like this for a long time considering the great patina. Reluming was done more often on all watches of this age, everything does look right but small imperfections like this often are part of the package when it comes to the dirty dozen. The overall condition of this watch is great and the story is one of the best out there.

Visit our store in the Reestraat, Amsterdam, to see this piece of history