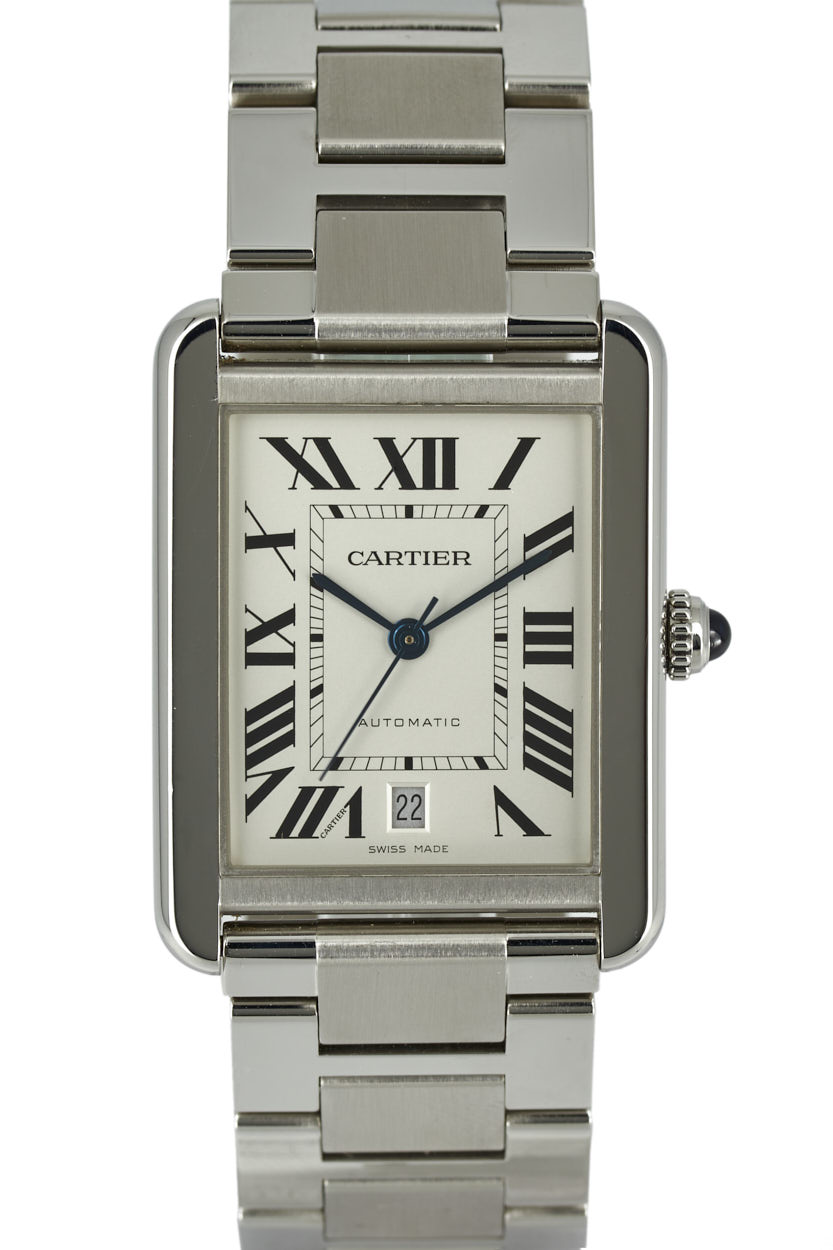 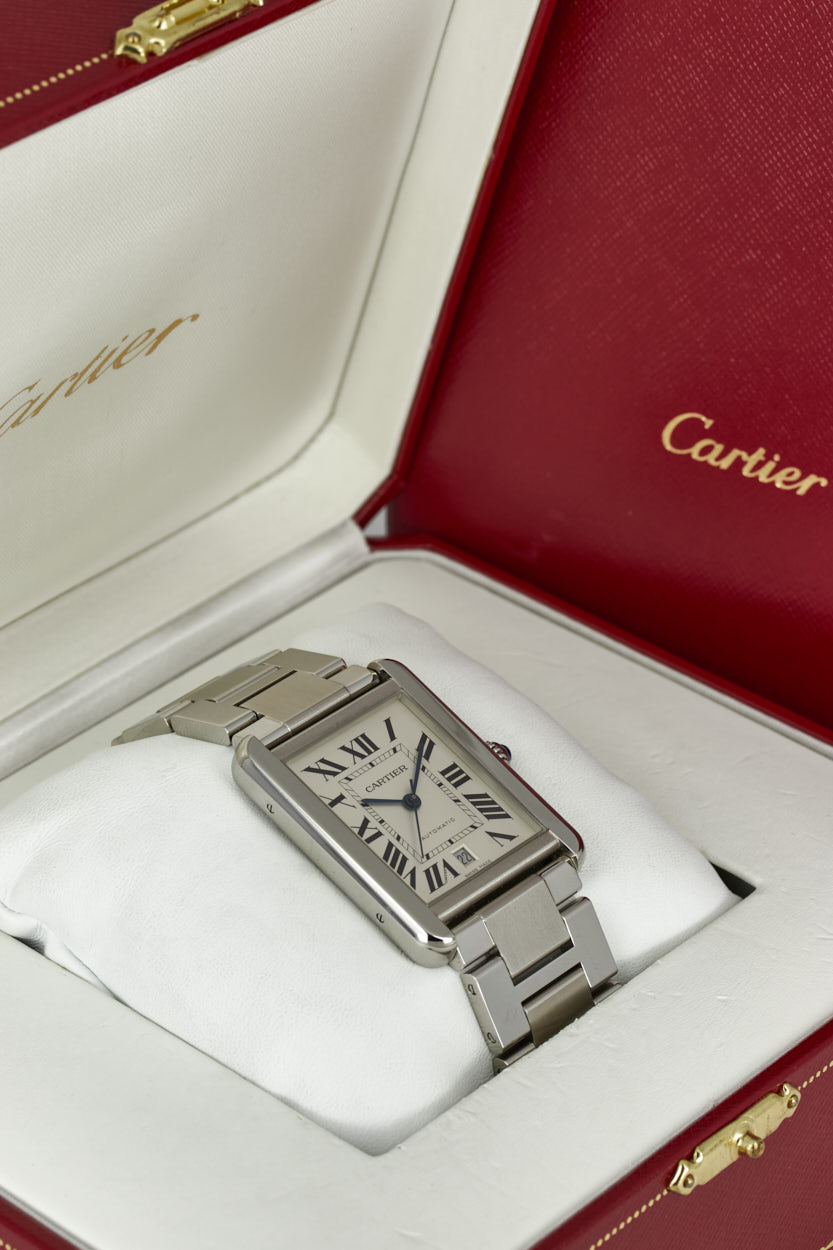 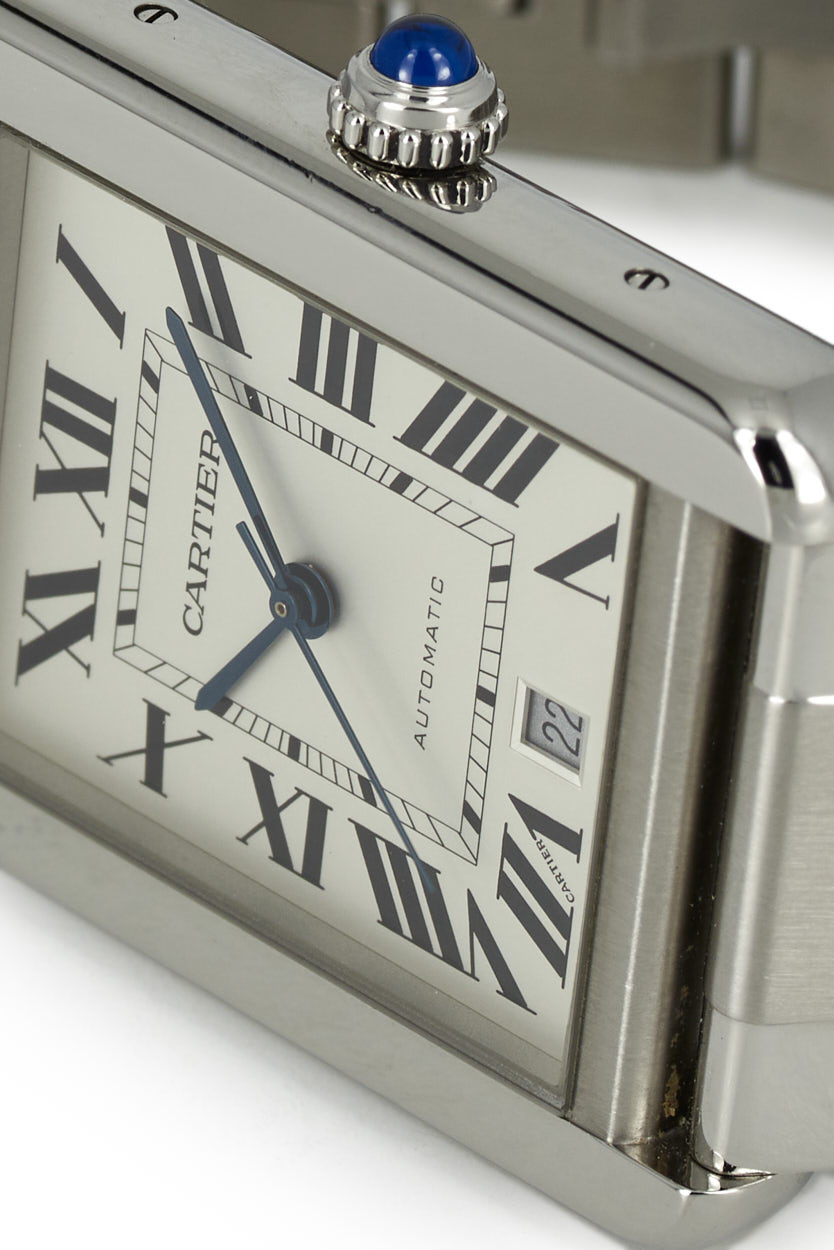 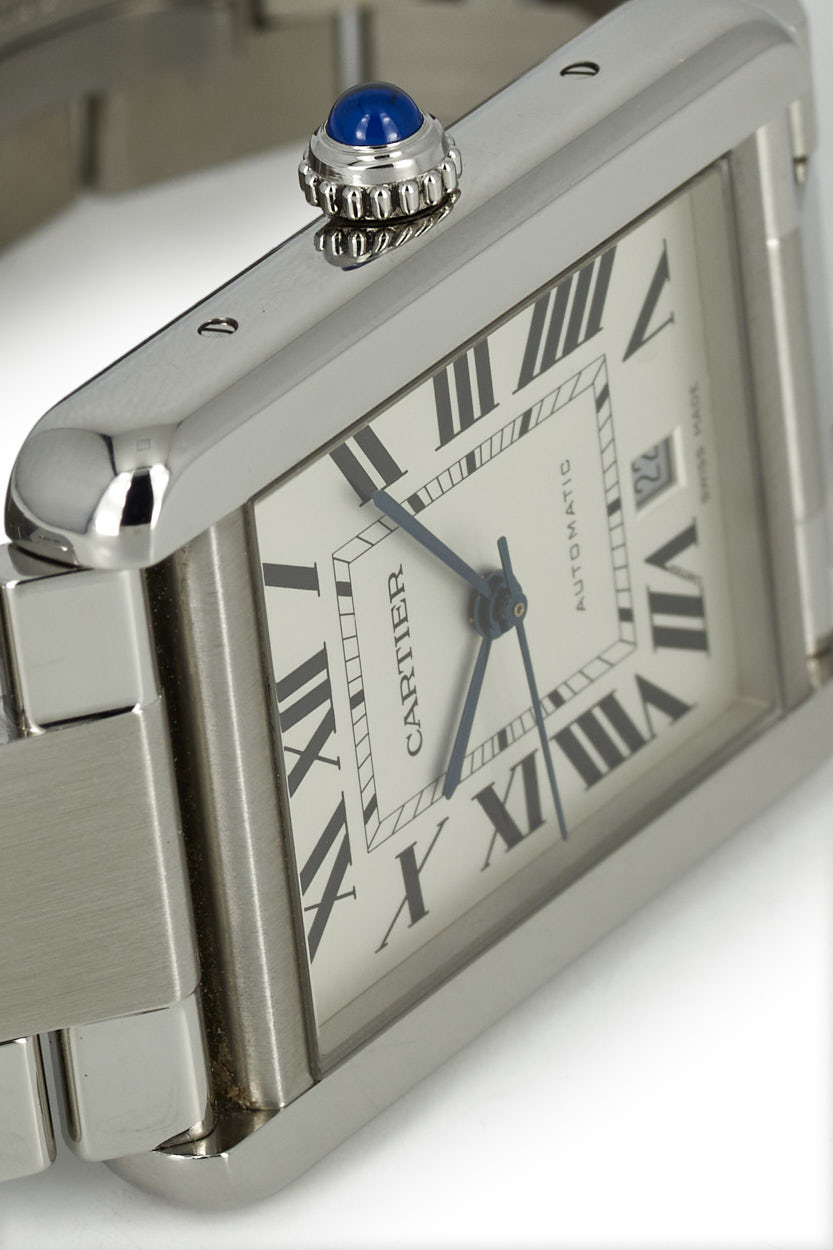 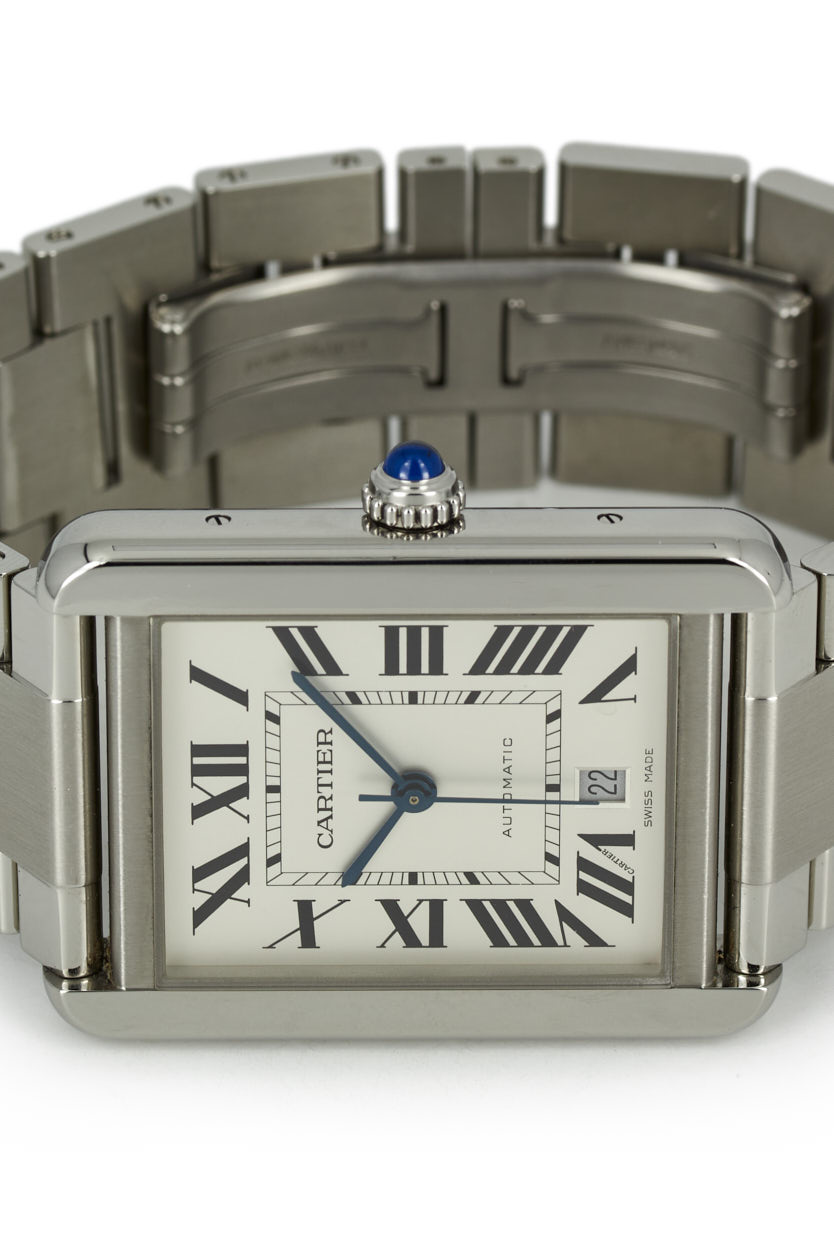 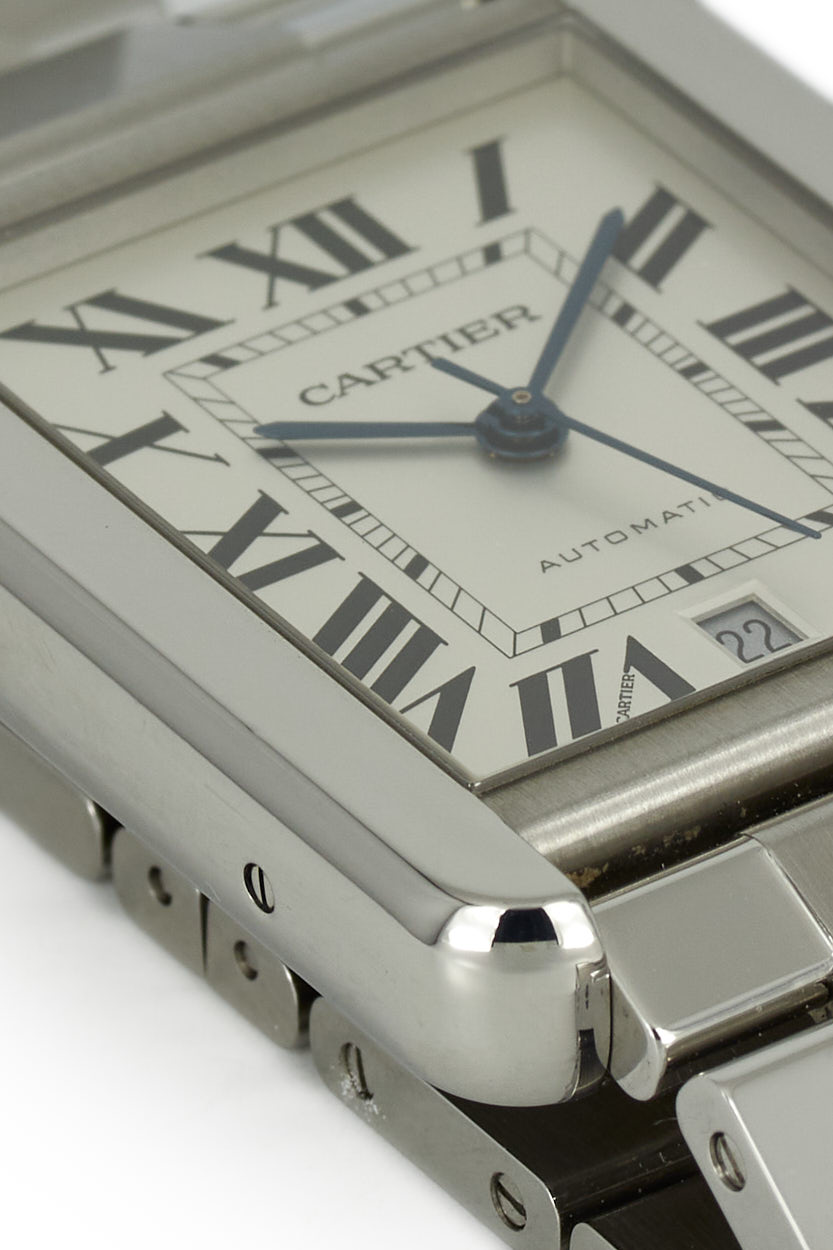 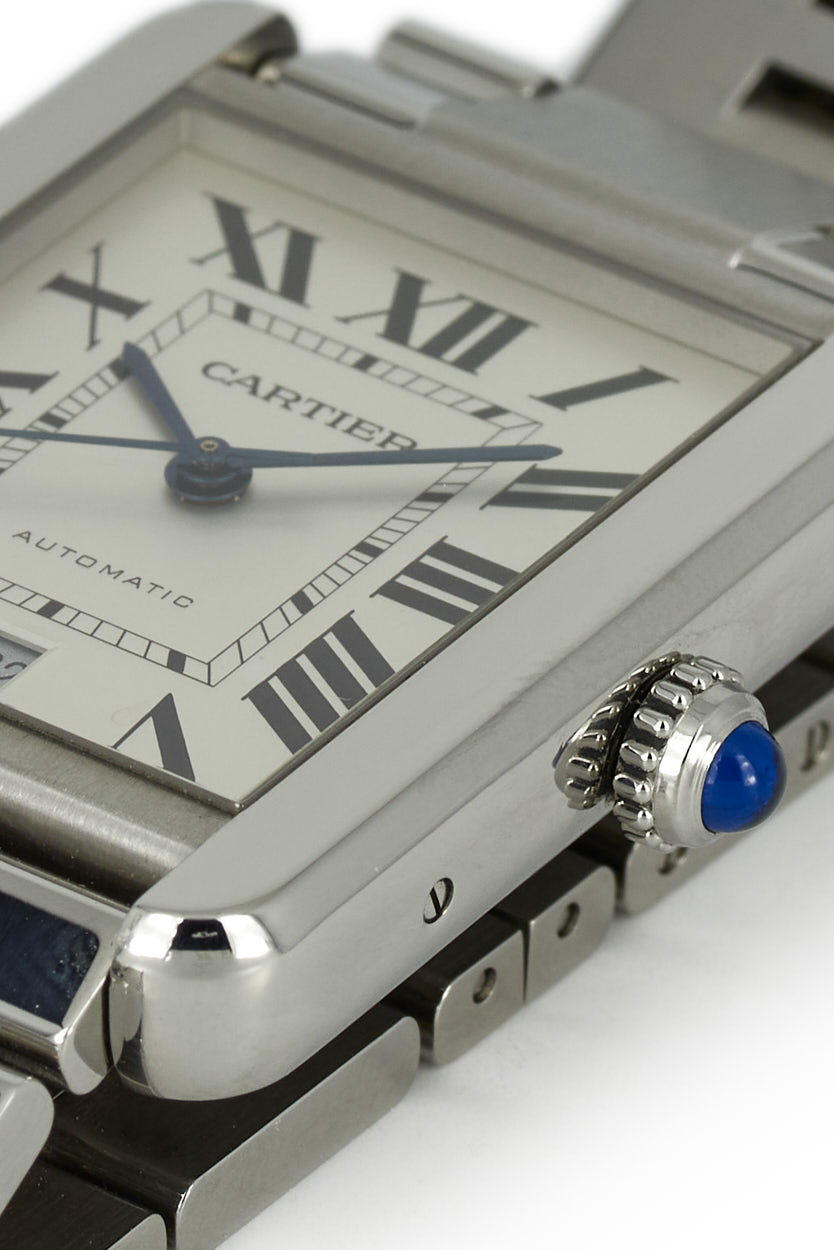 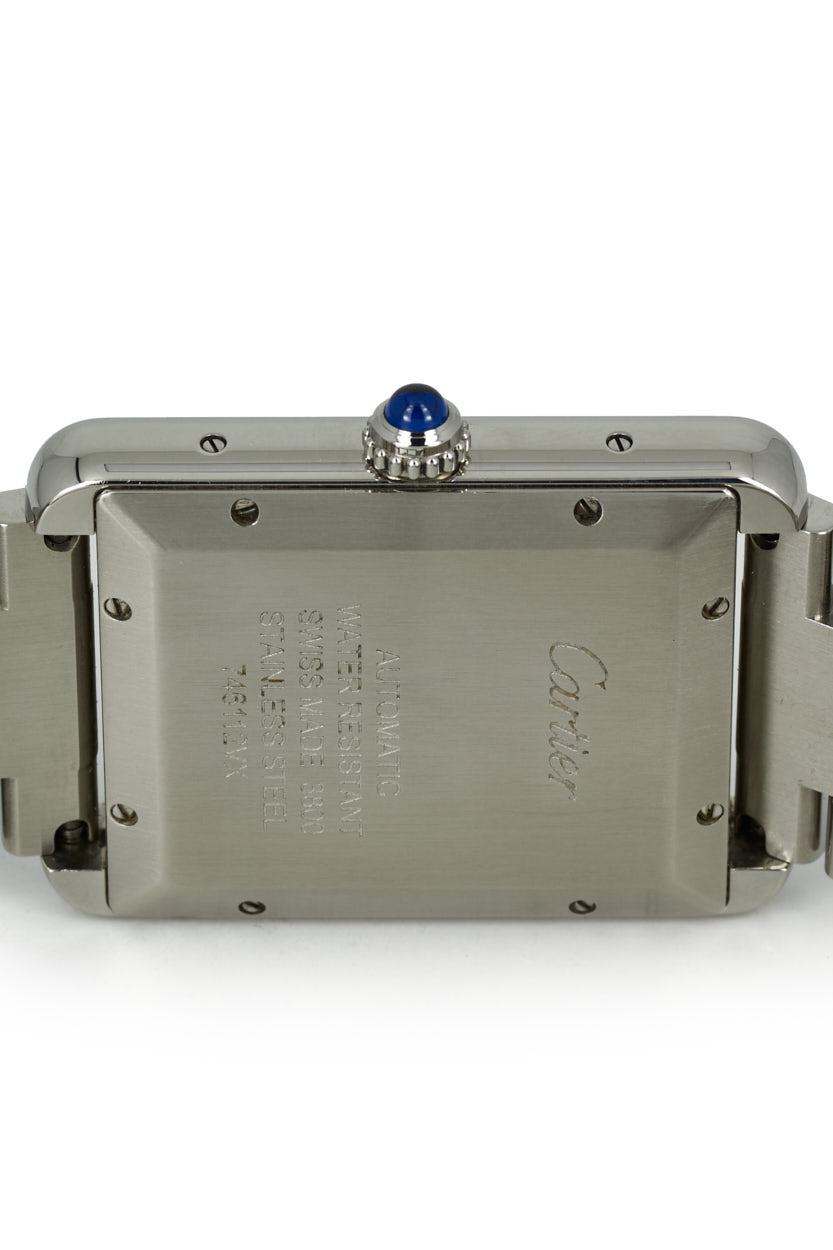 A super-sized icon of watch making!

Combined with its rugged steel bracelet, this Tank is at home on the male wrist, or as an oversized model on the feminine wrist. In any case, it is a statement!

Powered by an automatic in-house mechanical caliber 1847MC, this is not just a fashion statement. It has all the horological street-credibility you may require.

If you fall for the looks and size, there really is no alternative around. This is your watch.