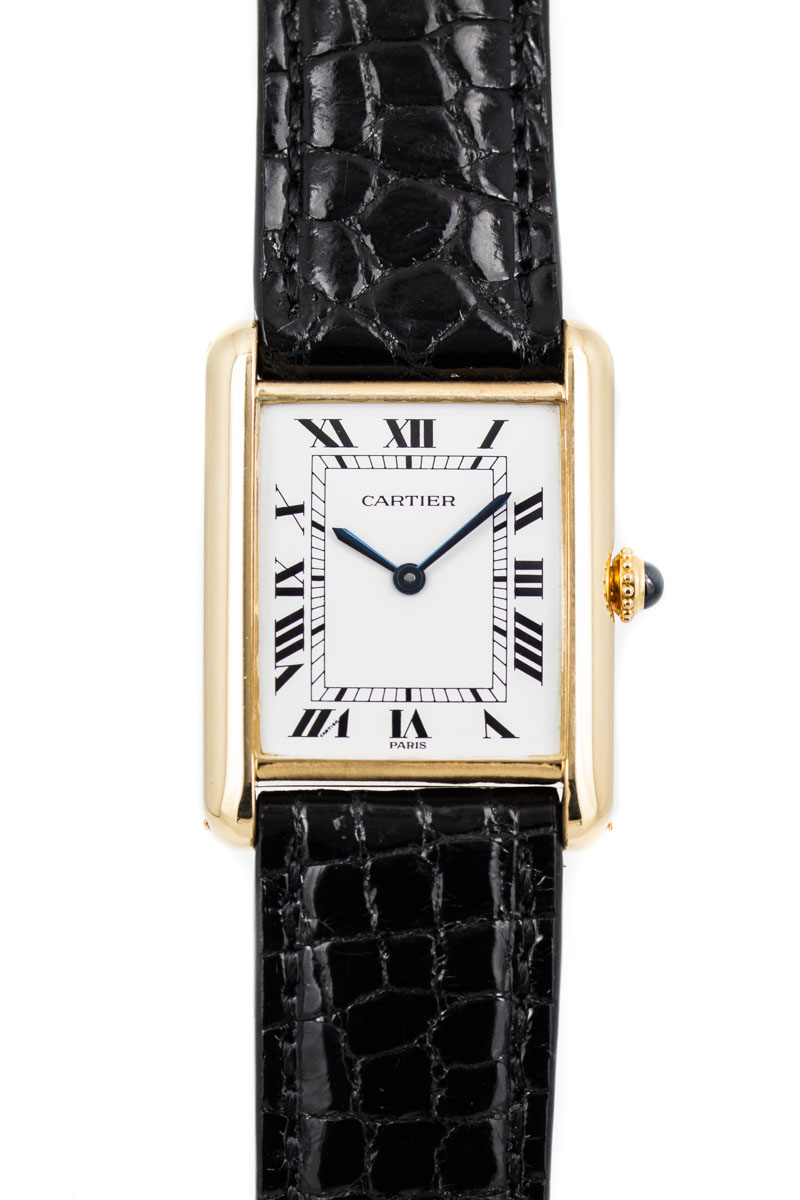 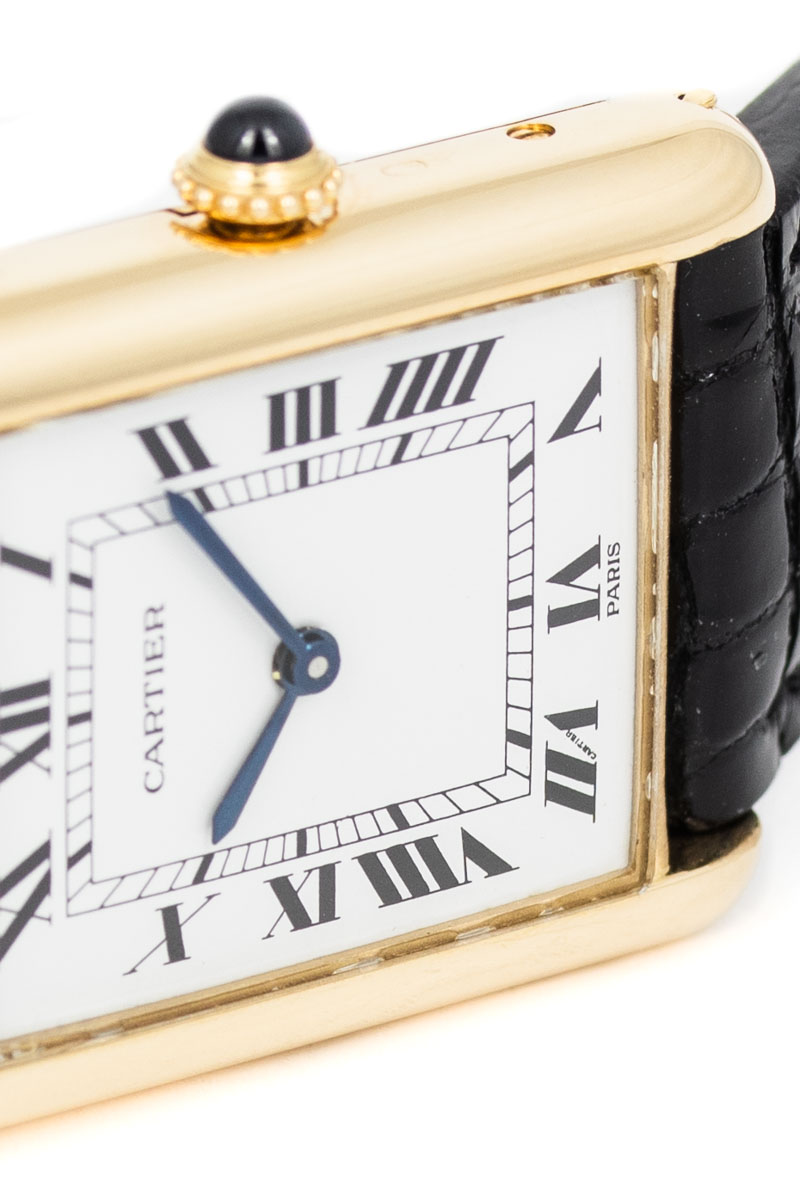 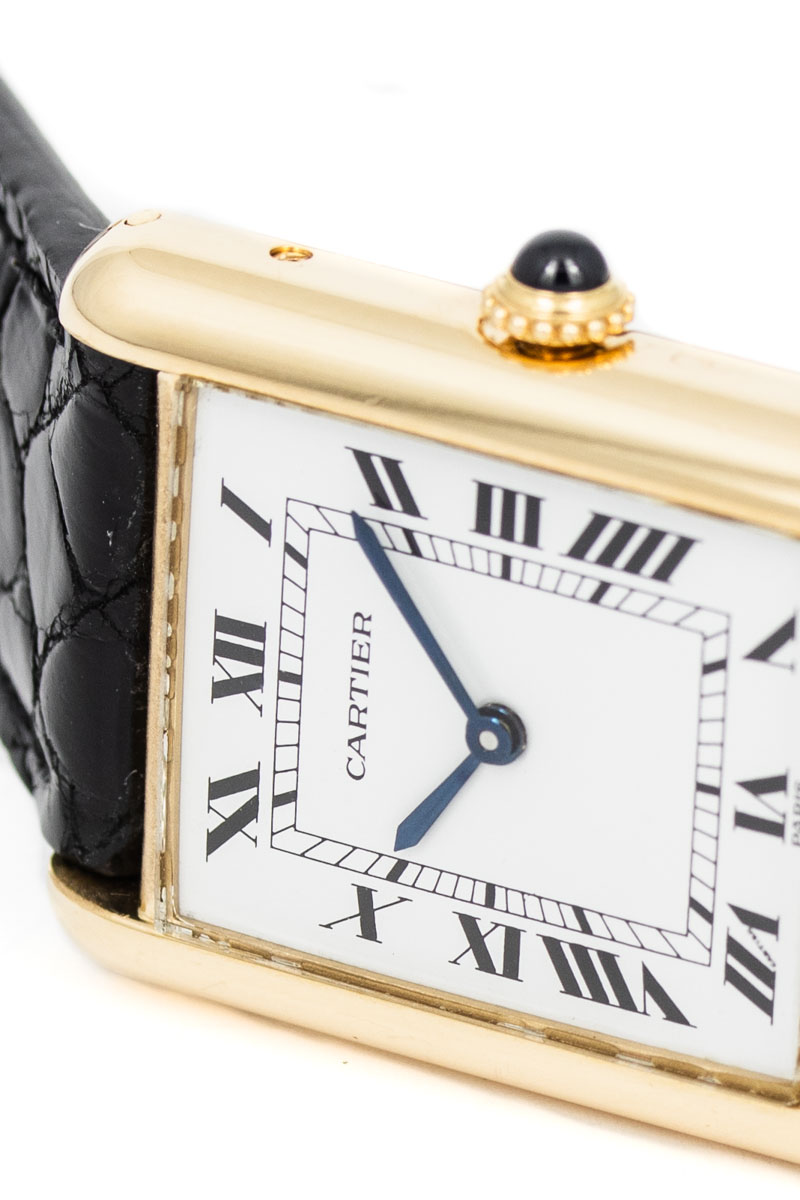 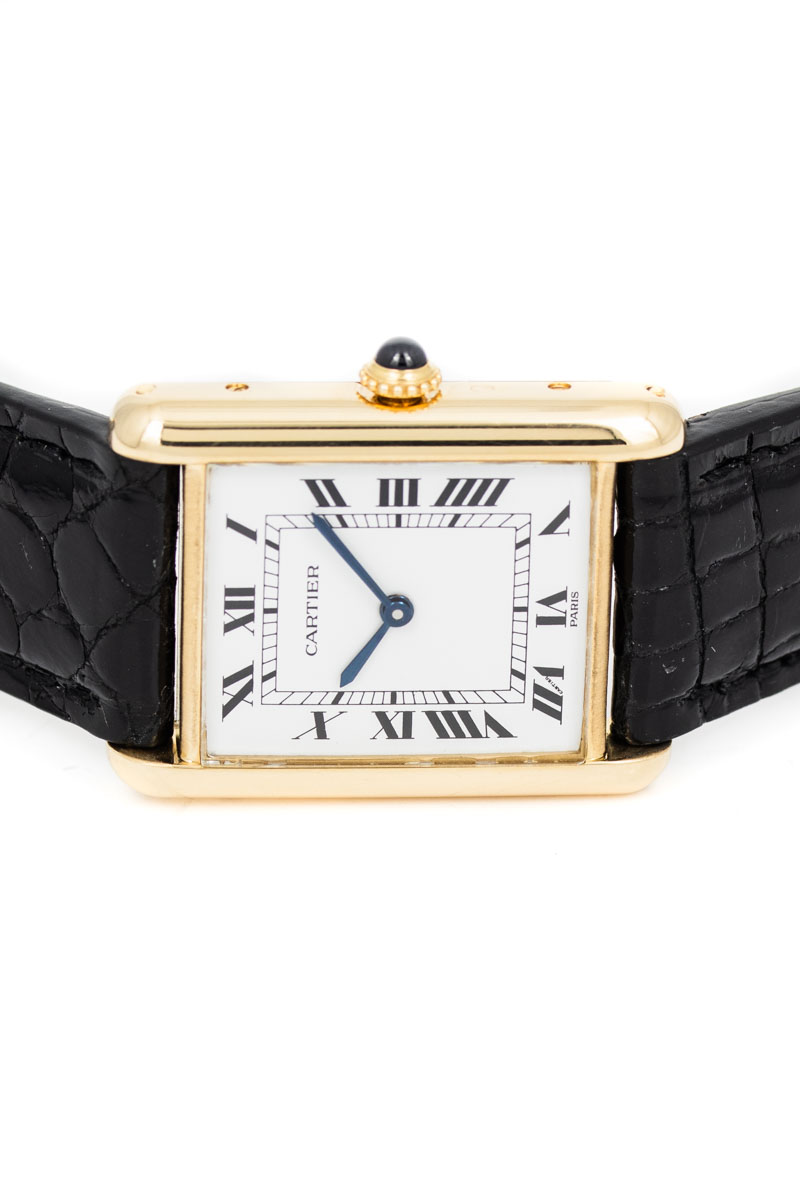 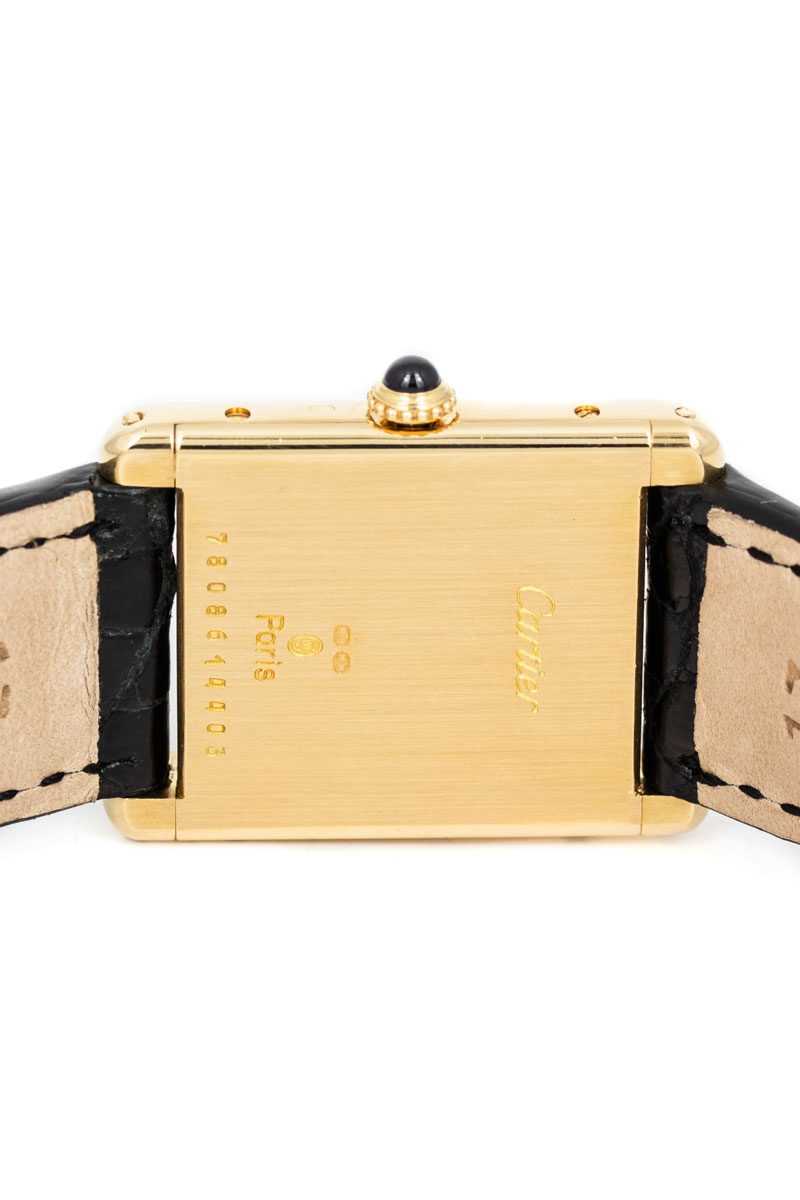 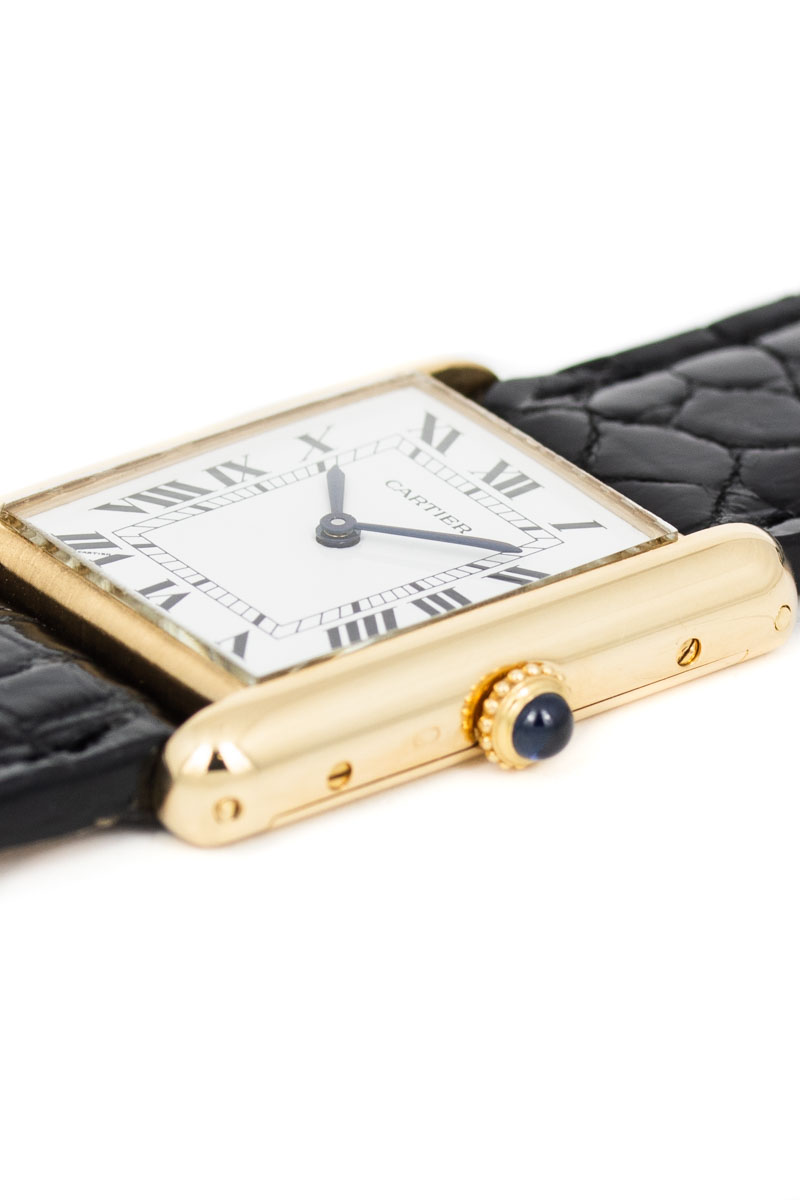 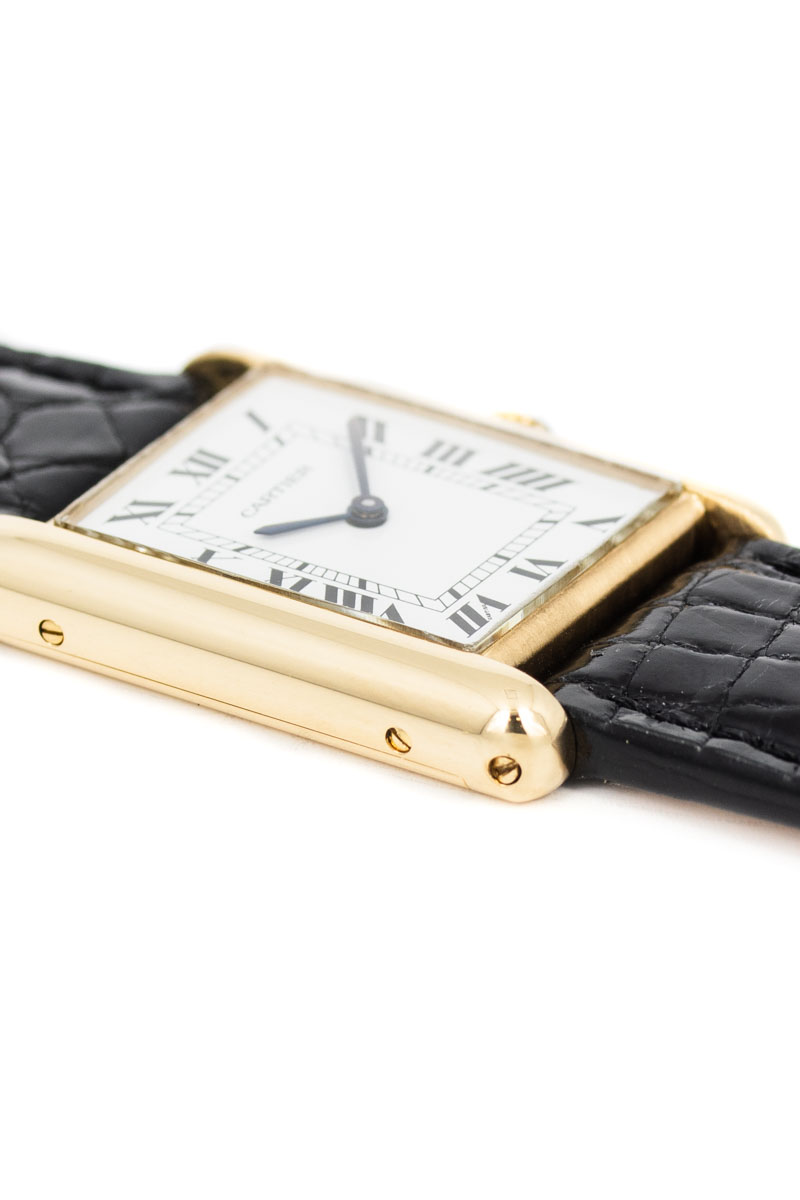 In the early 1900s, Pierre Cartier, the grandson of founder Louis Cartier, was planning to move to New York to reach New York’s upper society. The commercial and popular Fifth Avenue was his dream. This is when the wife-to-be of a famous millionaire Morton Plant saw his double-strand pearl necklace. This man was the owner of a great building located on Fifth Avenue and was looking forward to leaving this busy district. Both of them agreed on a trade: Plant’s six stories building in exchange for Cartier’s pearl necklace. And Plant also had to give Cartier a check for 100 dollars!

Nowadays unthinkable with this crazy housing market, you have to love the history of such a great brand. Starting with making superb exclusive jewelry and slowly taking their place in the watch world.

The Tank Louis we have here is from the late 1970s, a beautiful, elegant, and iconic timepiece. This Tank has a manual winding movement, housed in an 18k yellow gold watch case. The white dial is easily readable and Paris signed just like movement and case.

So who you like something with flair, something that radiates class; seize this Tank.