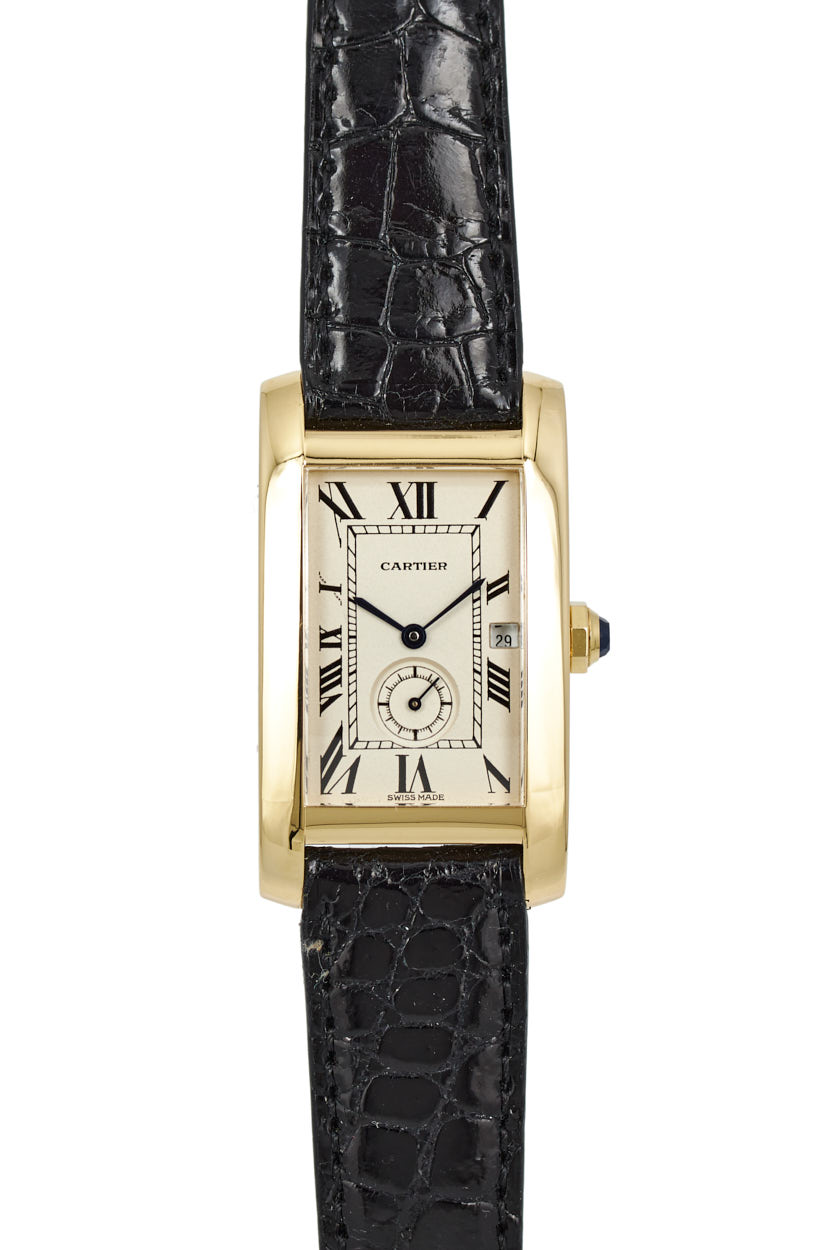 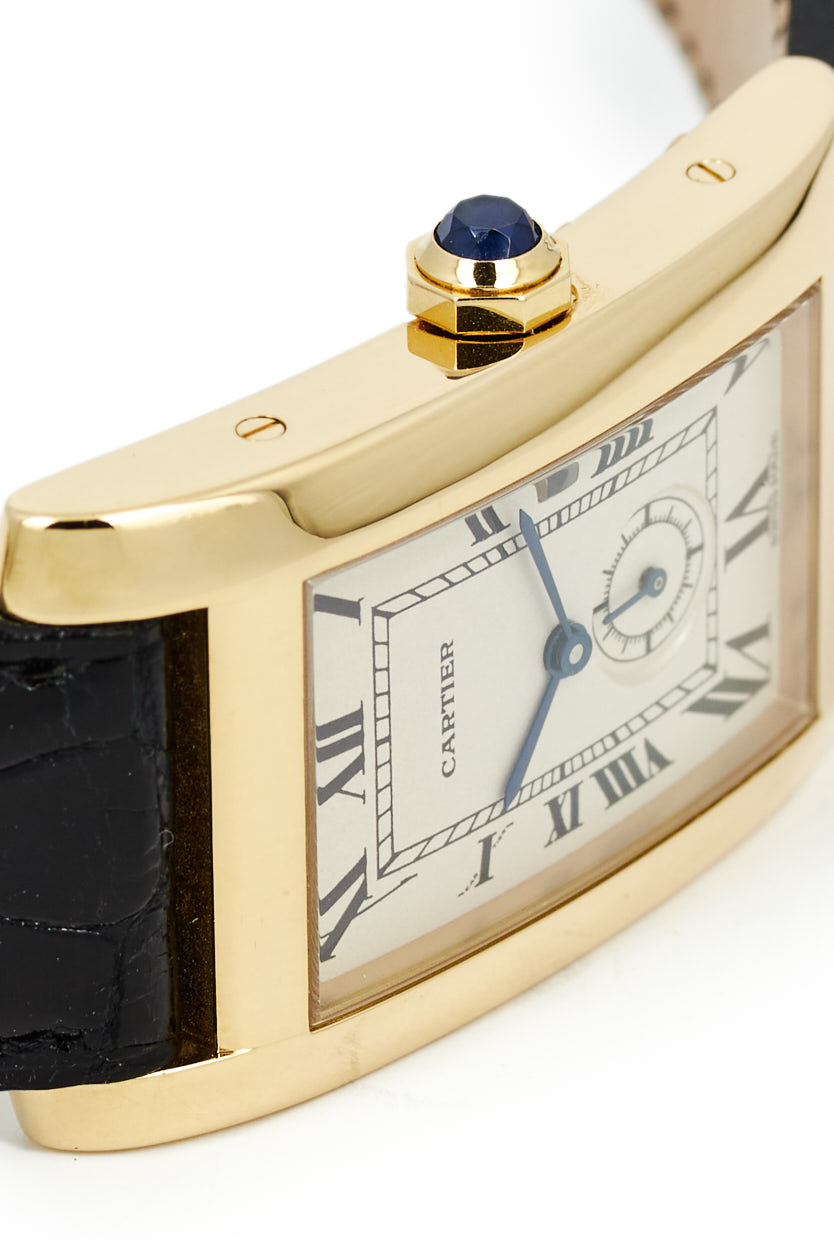 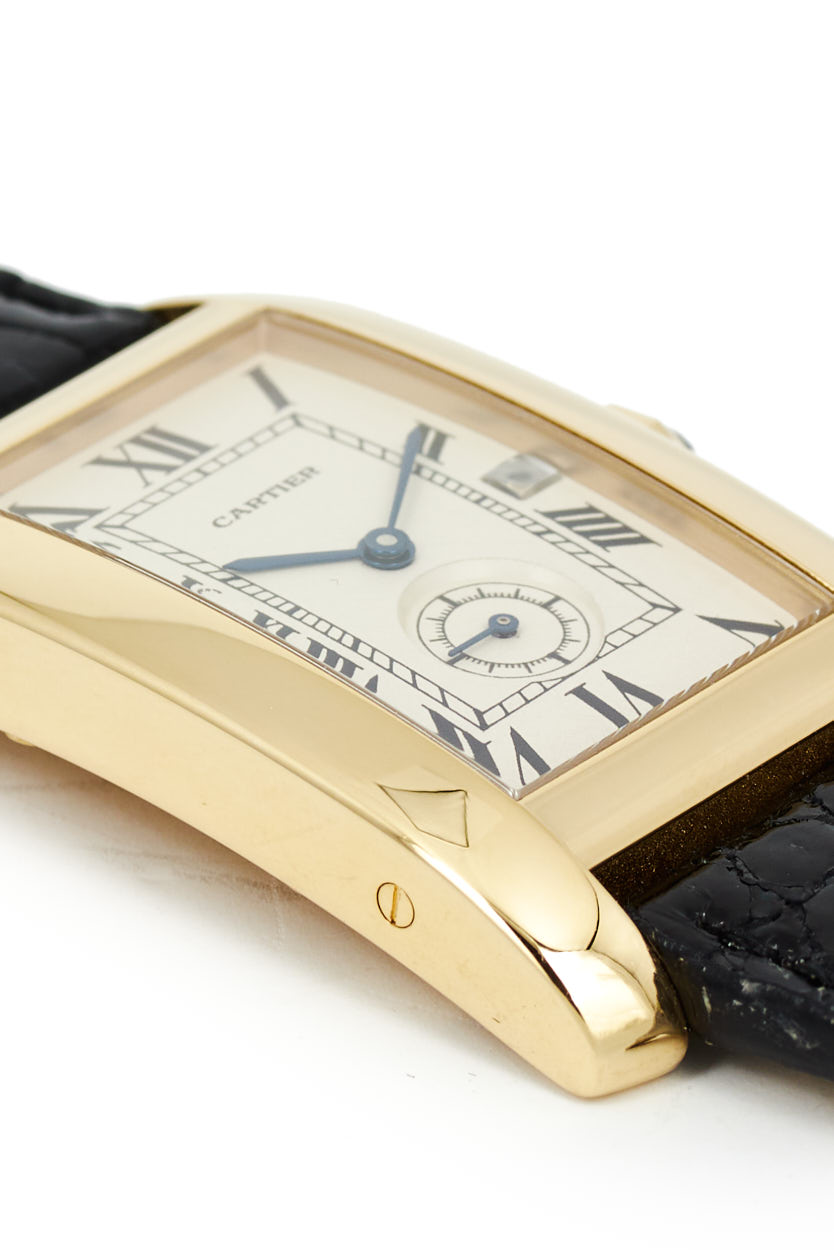 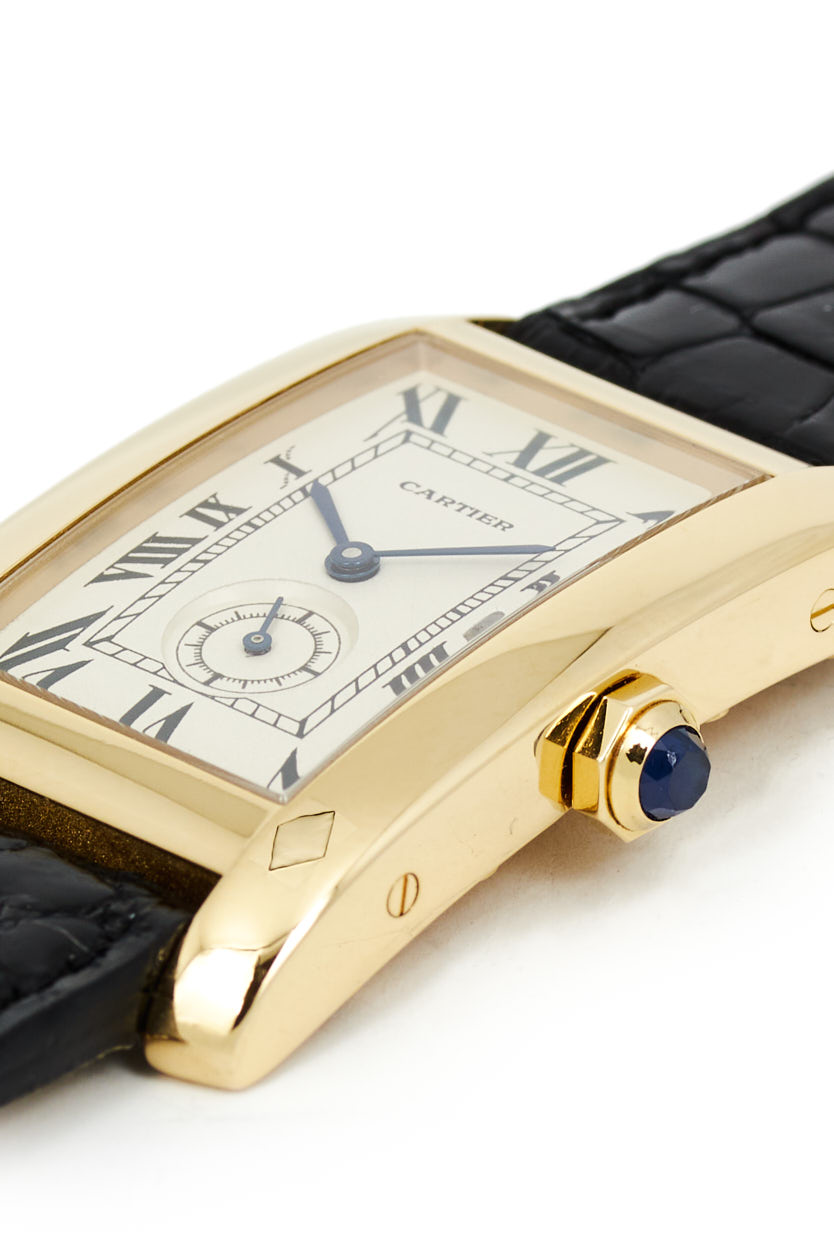 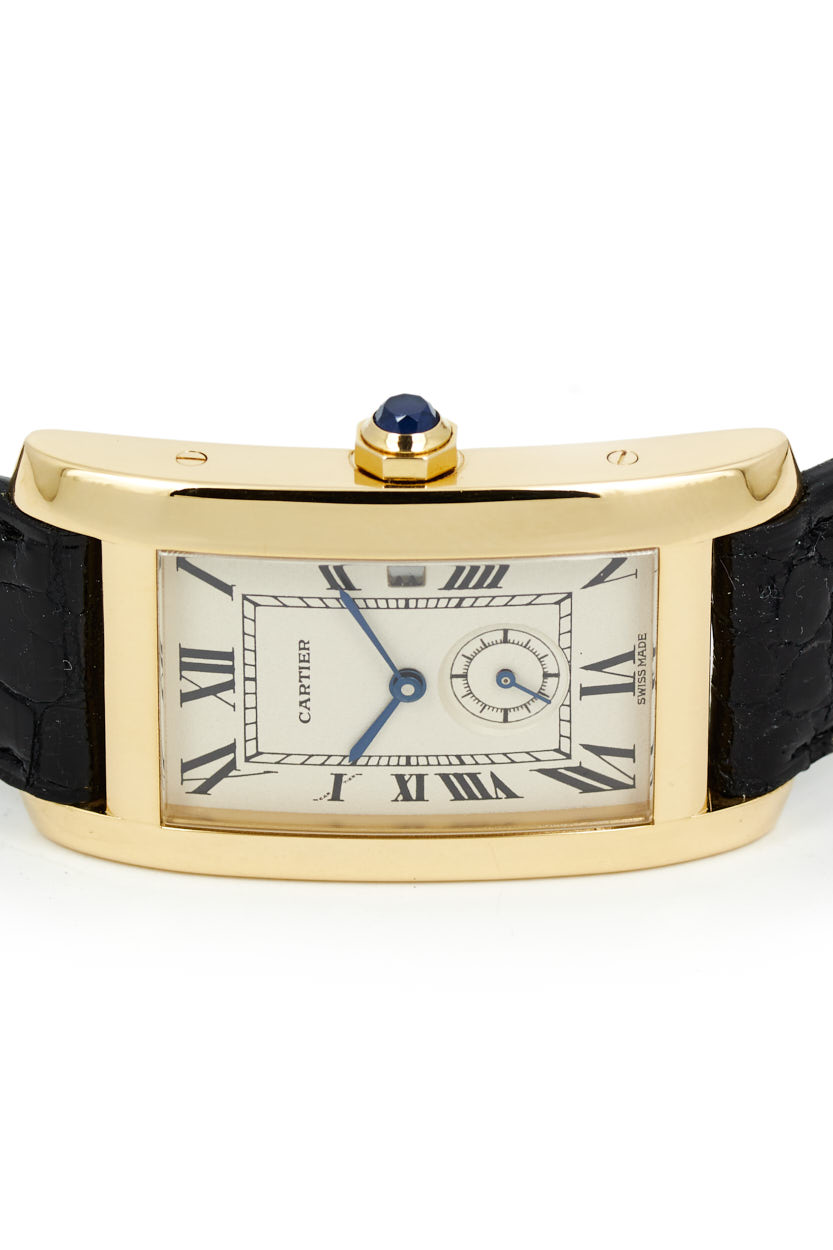 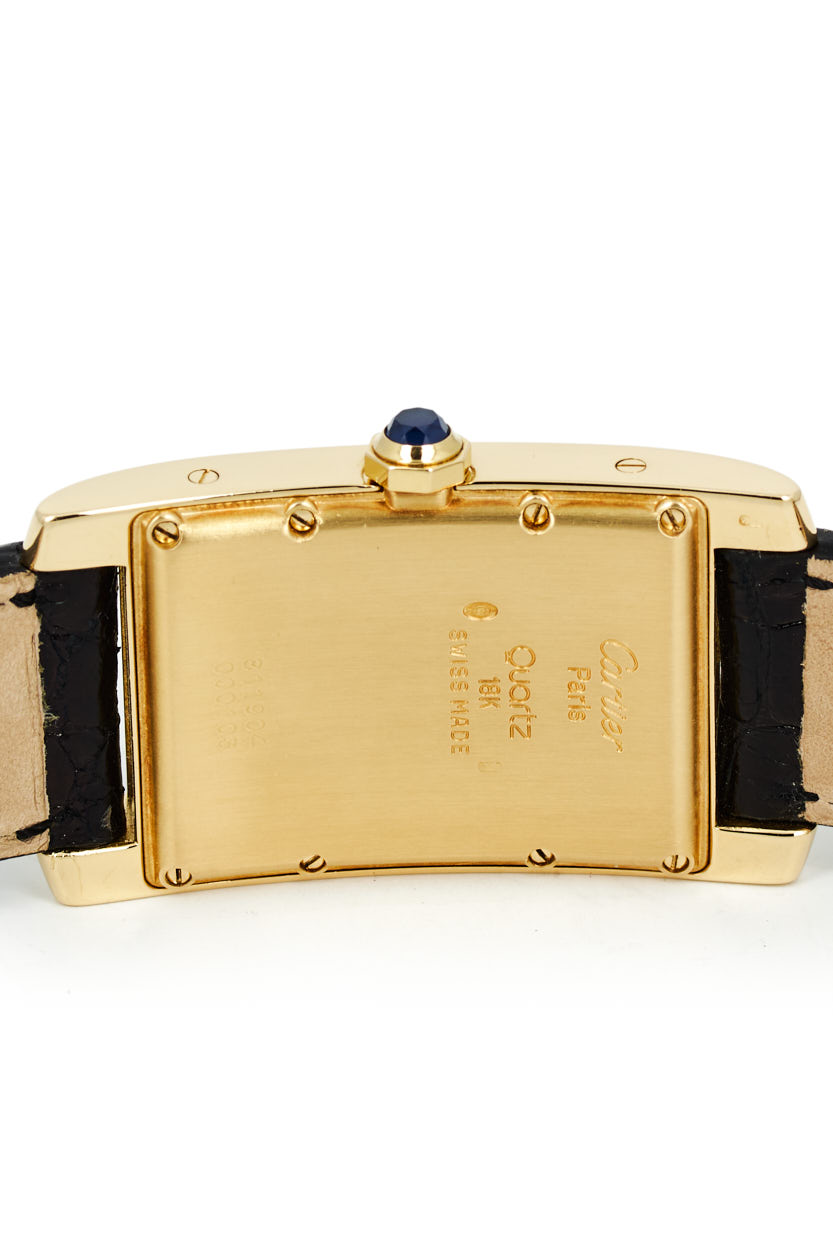 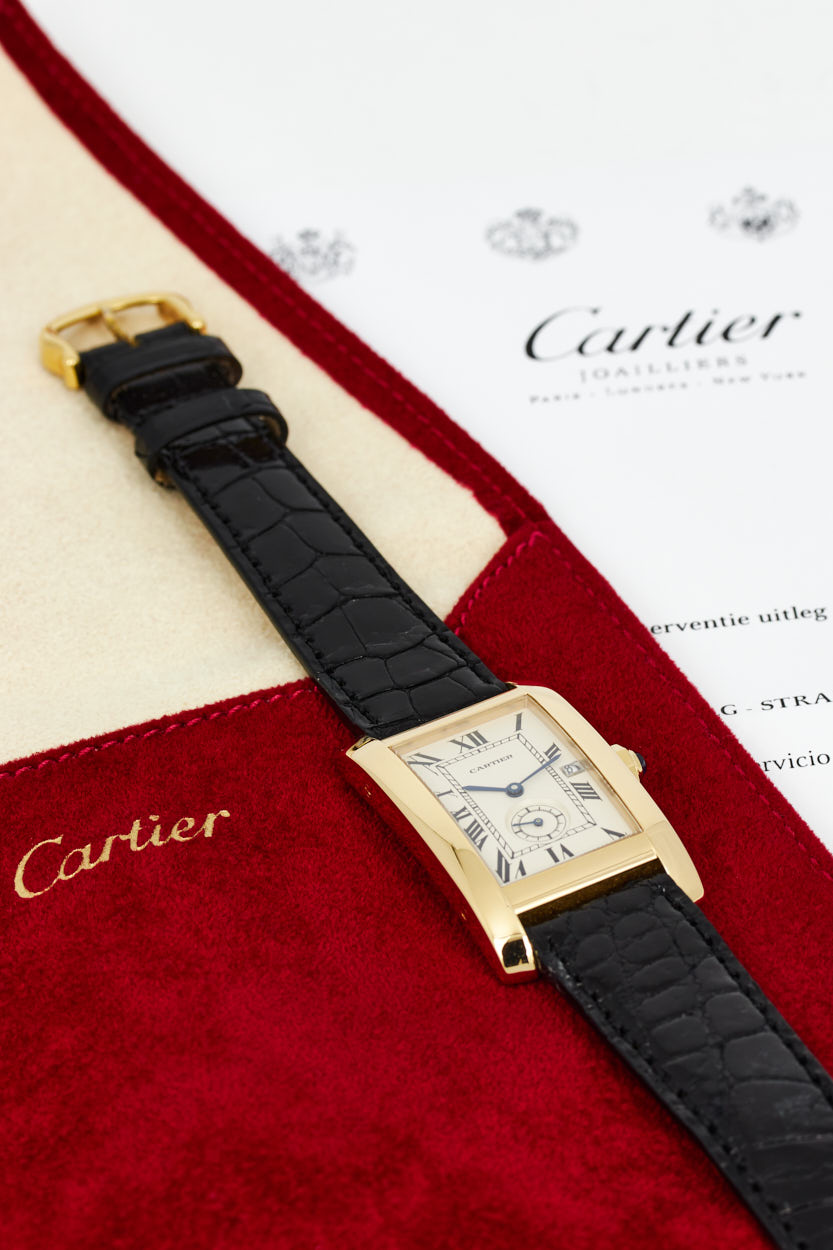 We are happy to introduce you to this beautiful Cartier Tank Americaine in 18k yellow gold.

The Cartier Tank needs no introduction. But this particular example is a little different from your typical Tank. For starters, it is the elongated and curved “Americaine” variant. But that is not all. It comes with several highly attractive details.

Have a look, for instance, at the crown. Rather than your typical cabochon Spinel, it is fitted with a faceted gem matching the “nut-style” crown perfectly. Or look closely at the date aperture. It is fitted with its own little loupe, sunk into the dial itself. It is the tiniest of details that make watches so fascinating!

This specimen comes with a reliable Quartz movement and original Cartier plated buckle. It also features 2021 service papers from Cartier.