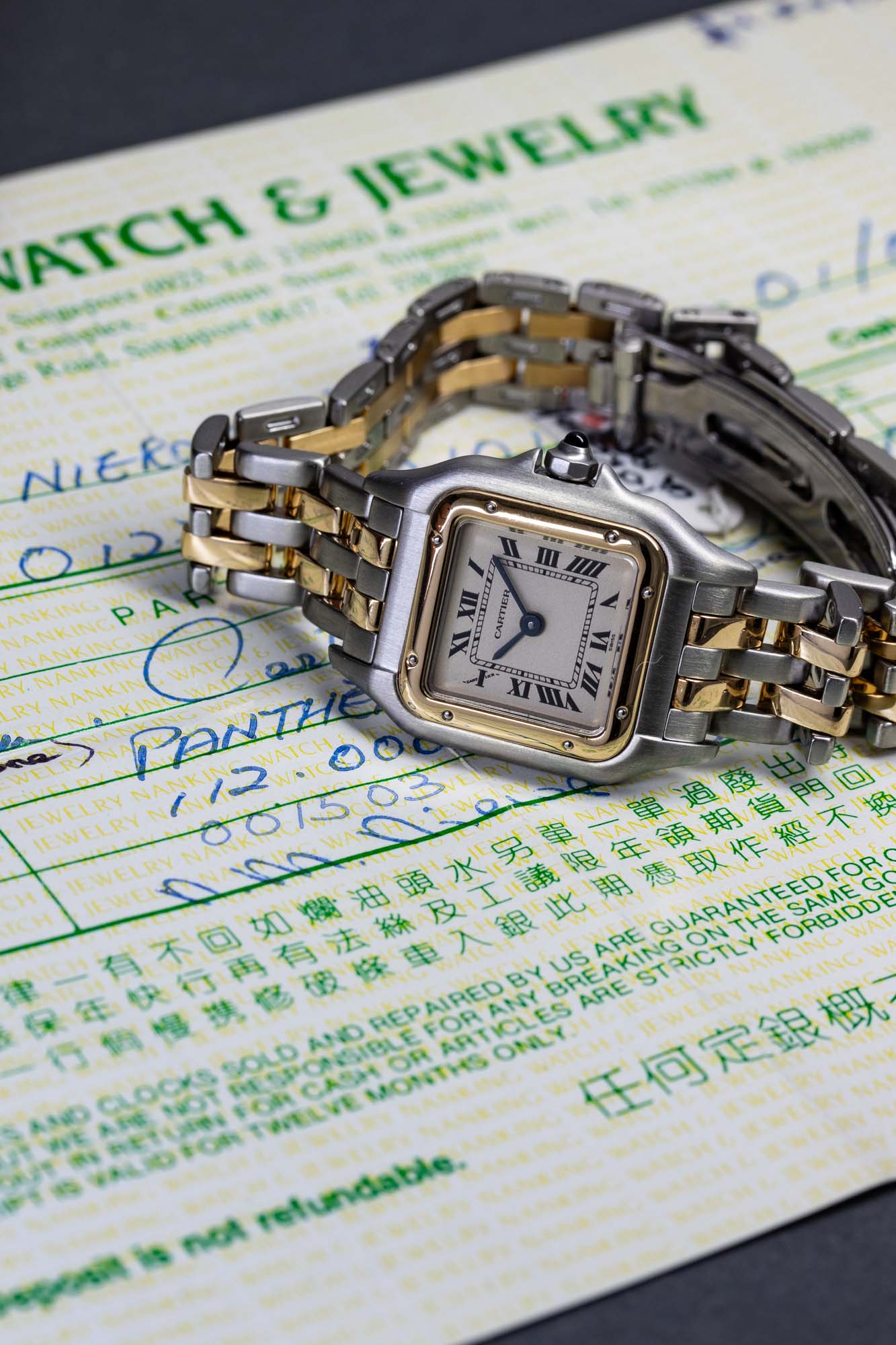 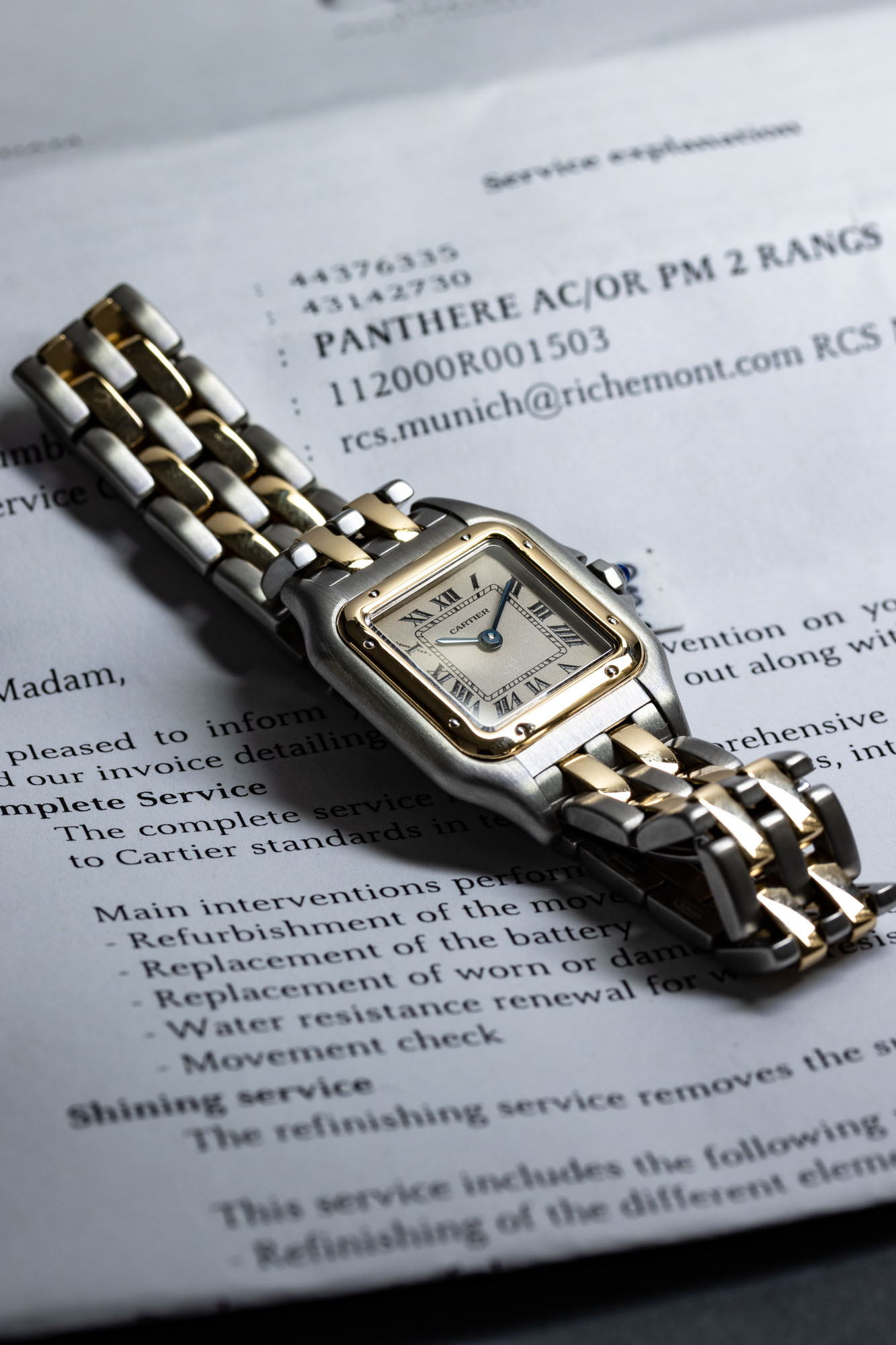 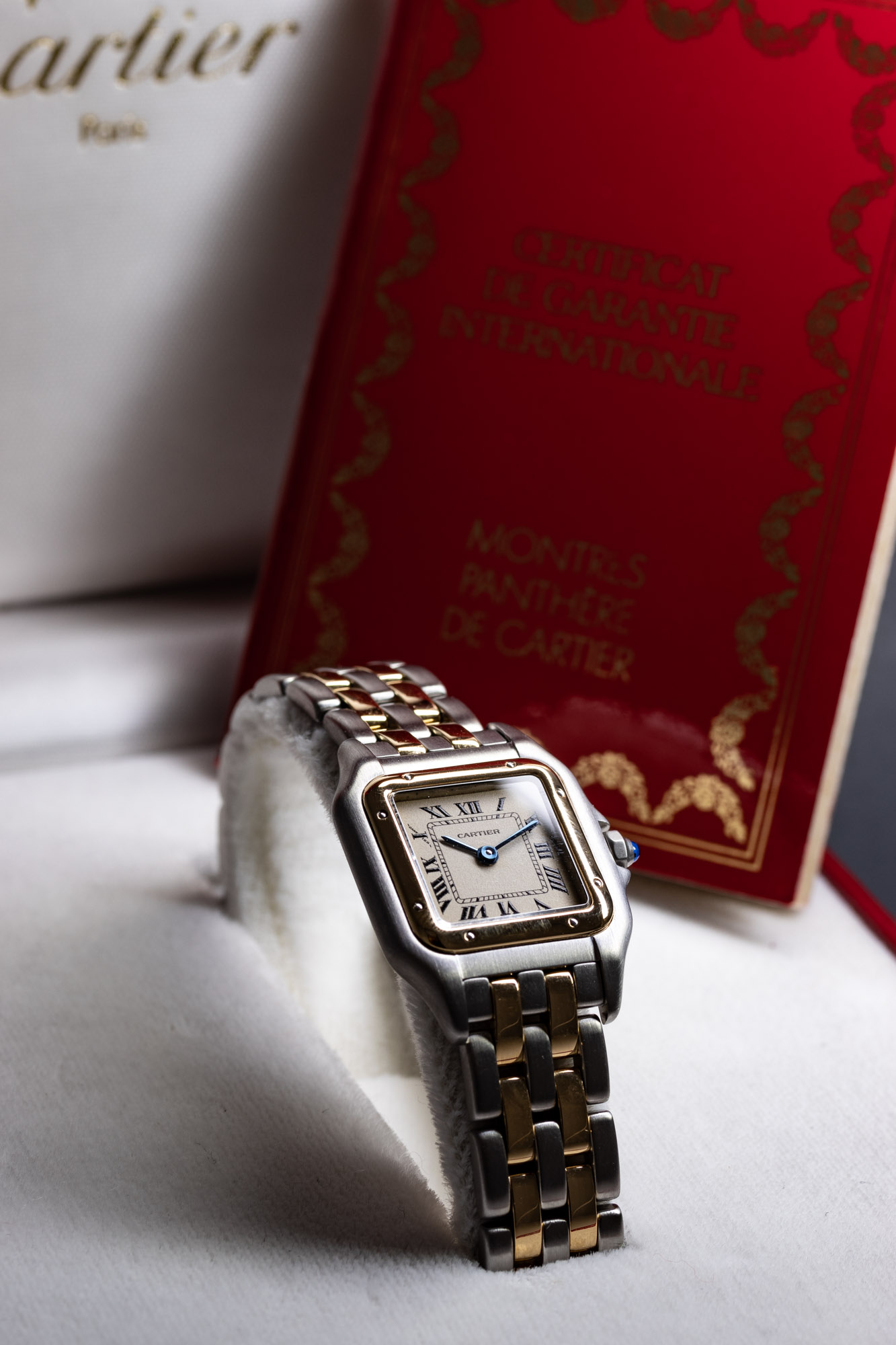 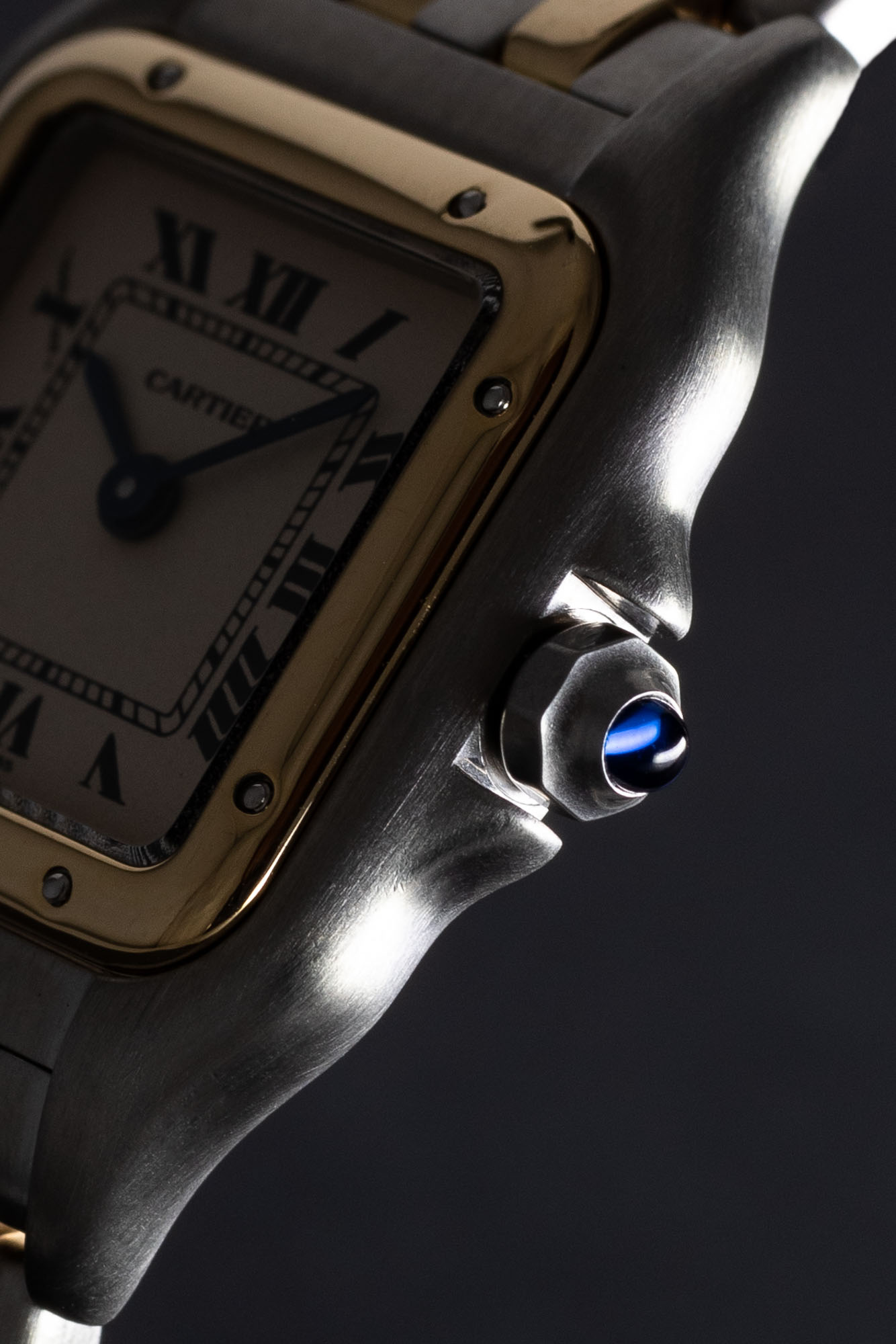 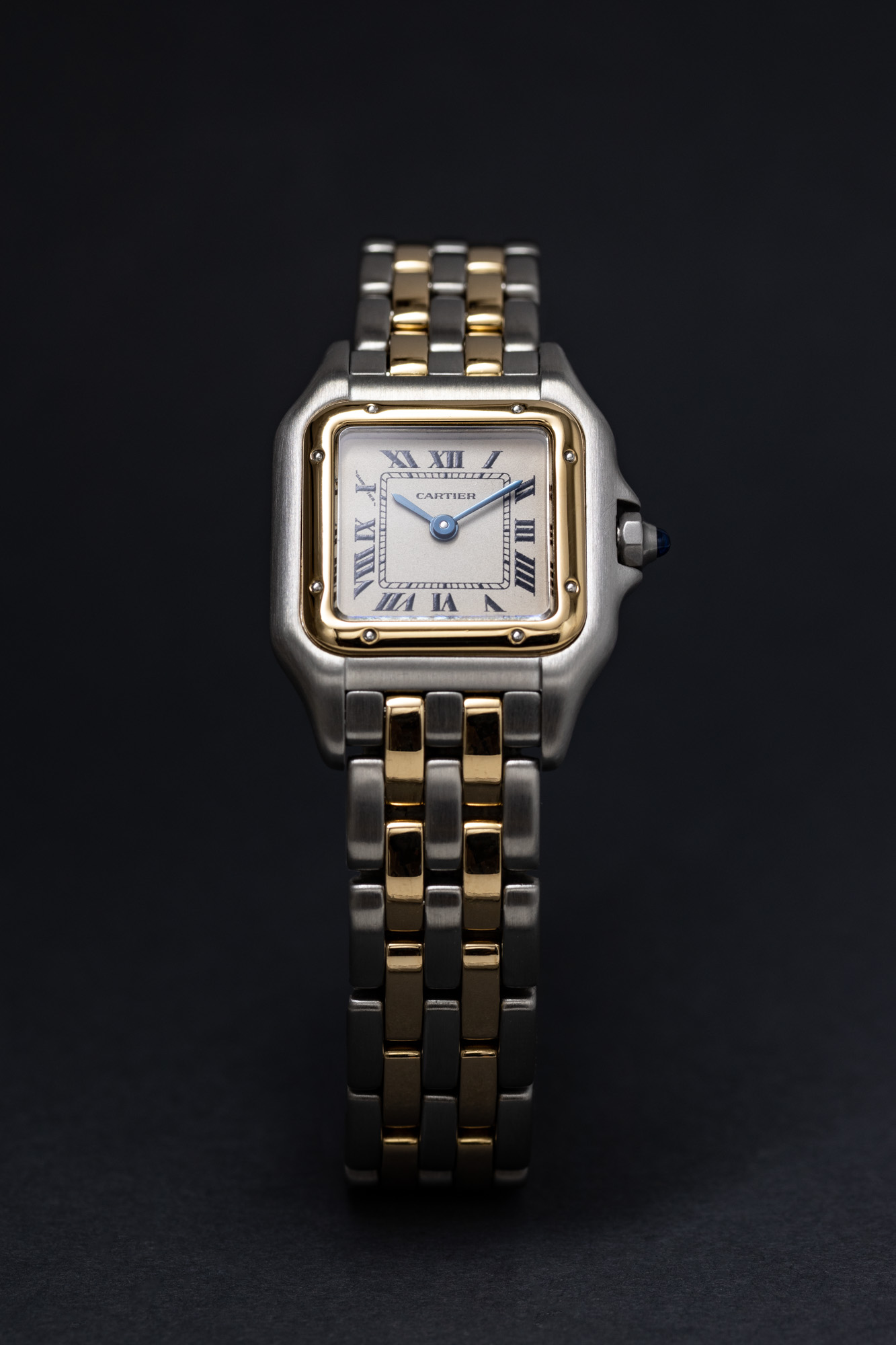 Cartier Panthere was a model introduced in 1983, the dcade of luxury. A sleek design with a concealed clasp and linked bracelet. In a short time, it became loved and famous, think of Keith Richard from the Rolling Stones or Pierce Brosnan, our 007, big fans!

This one you see here is in very good condition and is just back from Maison Cartier with a fresh service, original box, and papers. Elegant, and small,  an edgy design, gold steel with a beige dial.

Men often give their watches to their sons, like Pateks says’ You do not own a watch, you preserve it for the next generation’. So women let’s do this, a nice timepiece to give to your daughter!