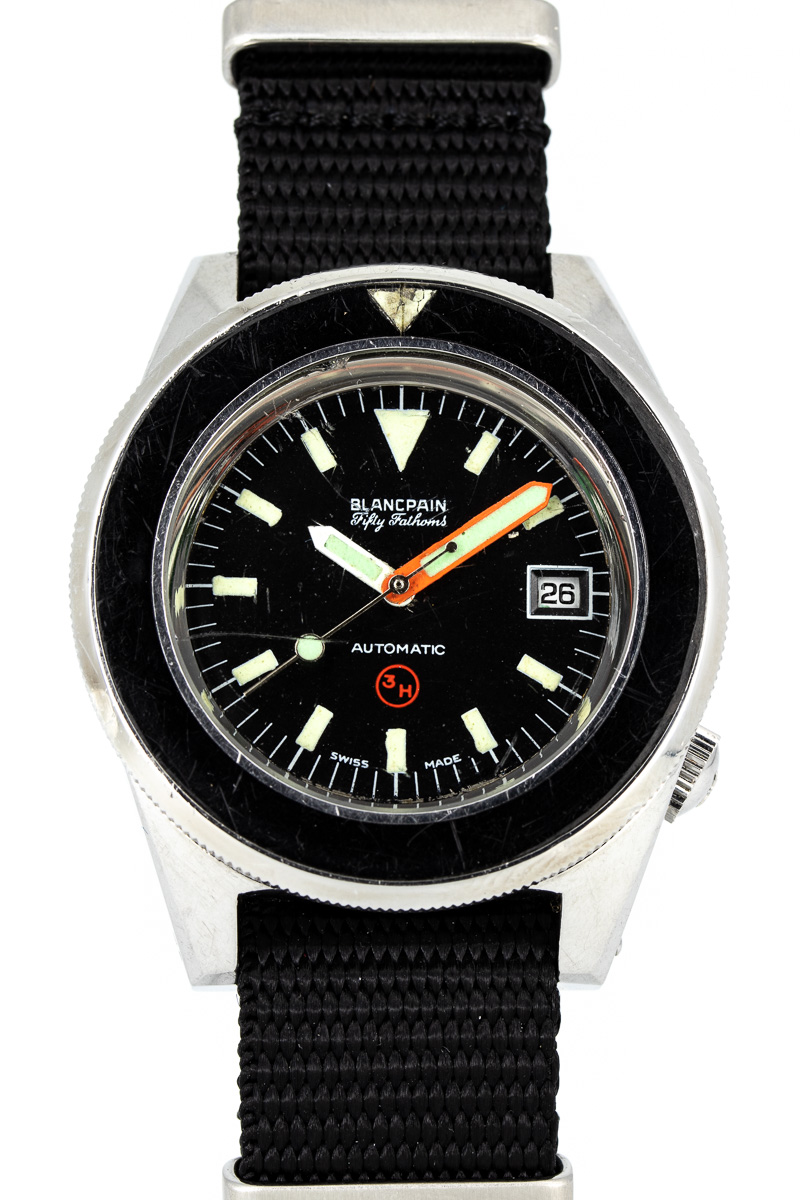 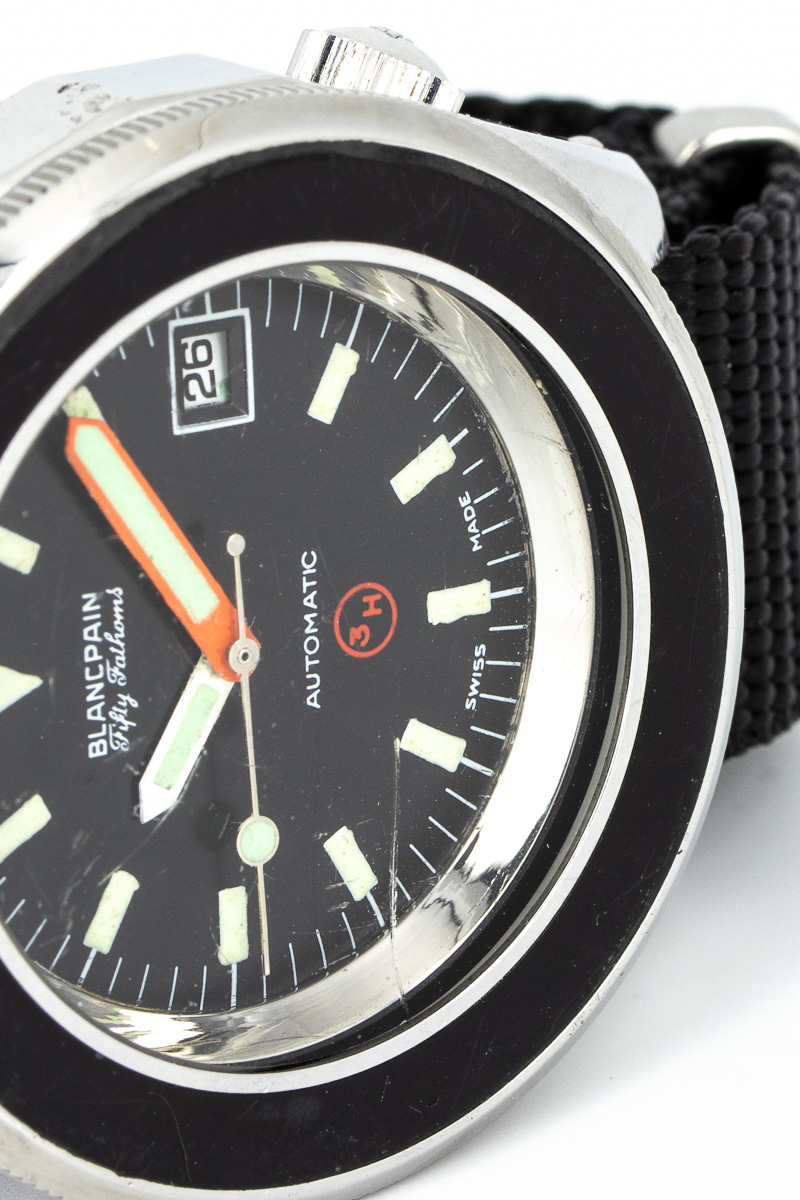 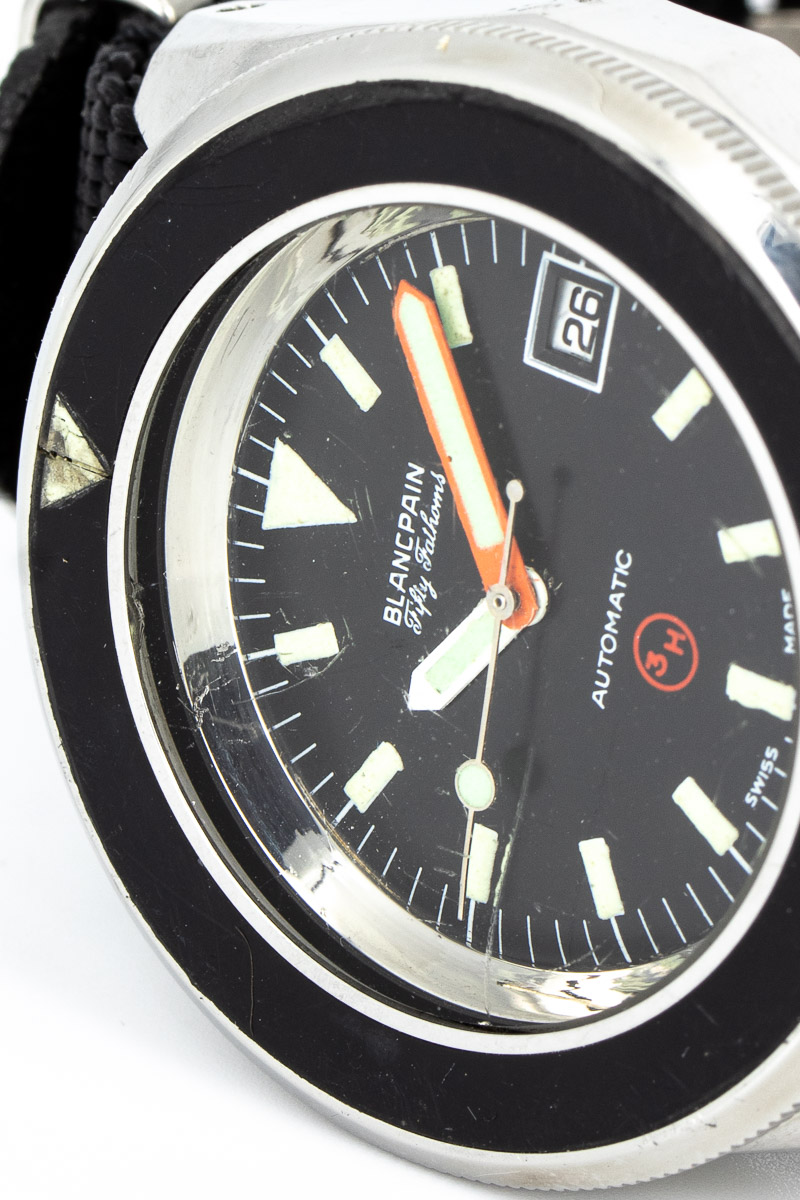 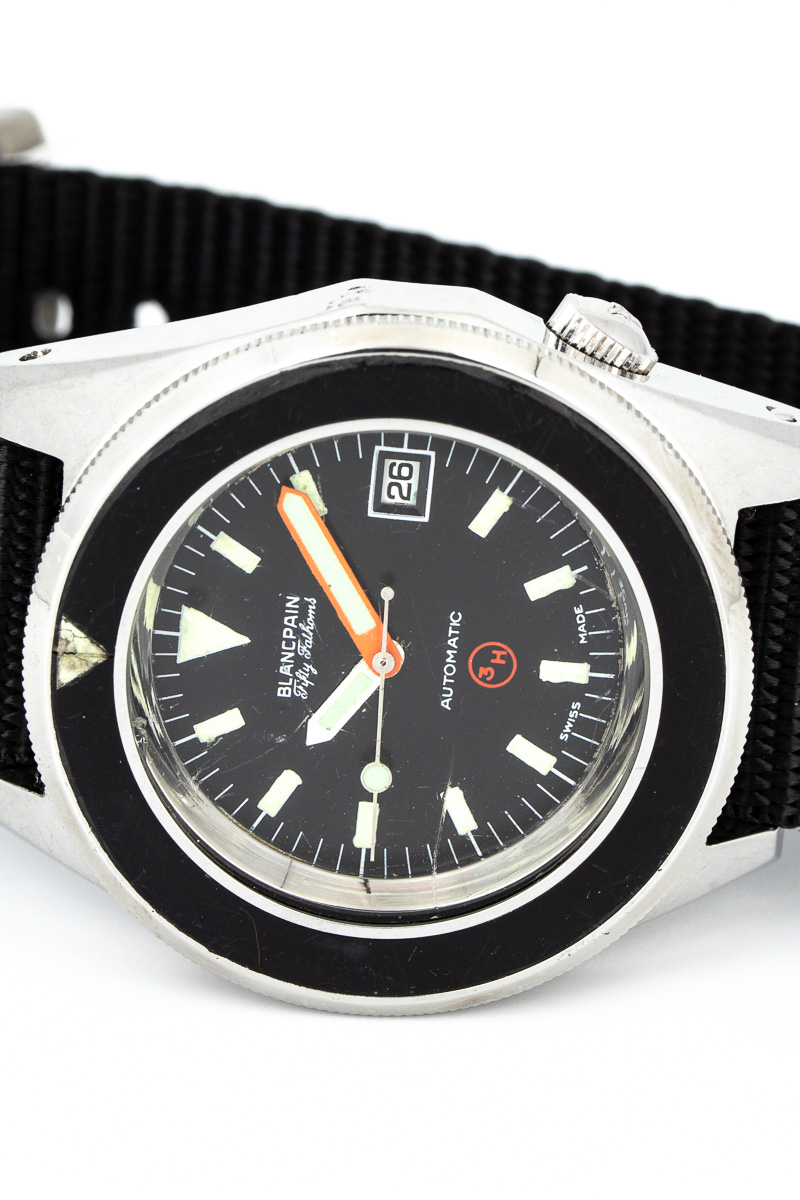 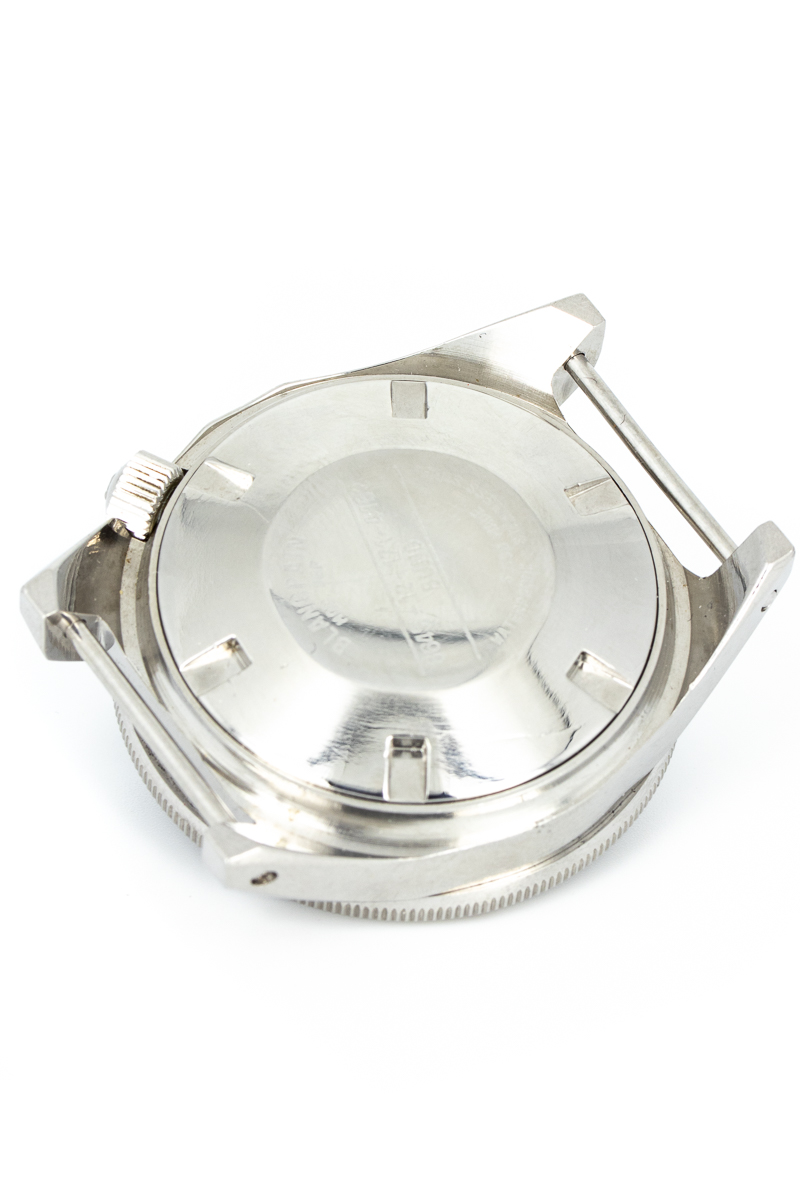 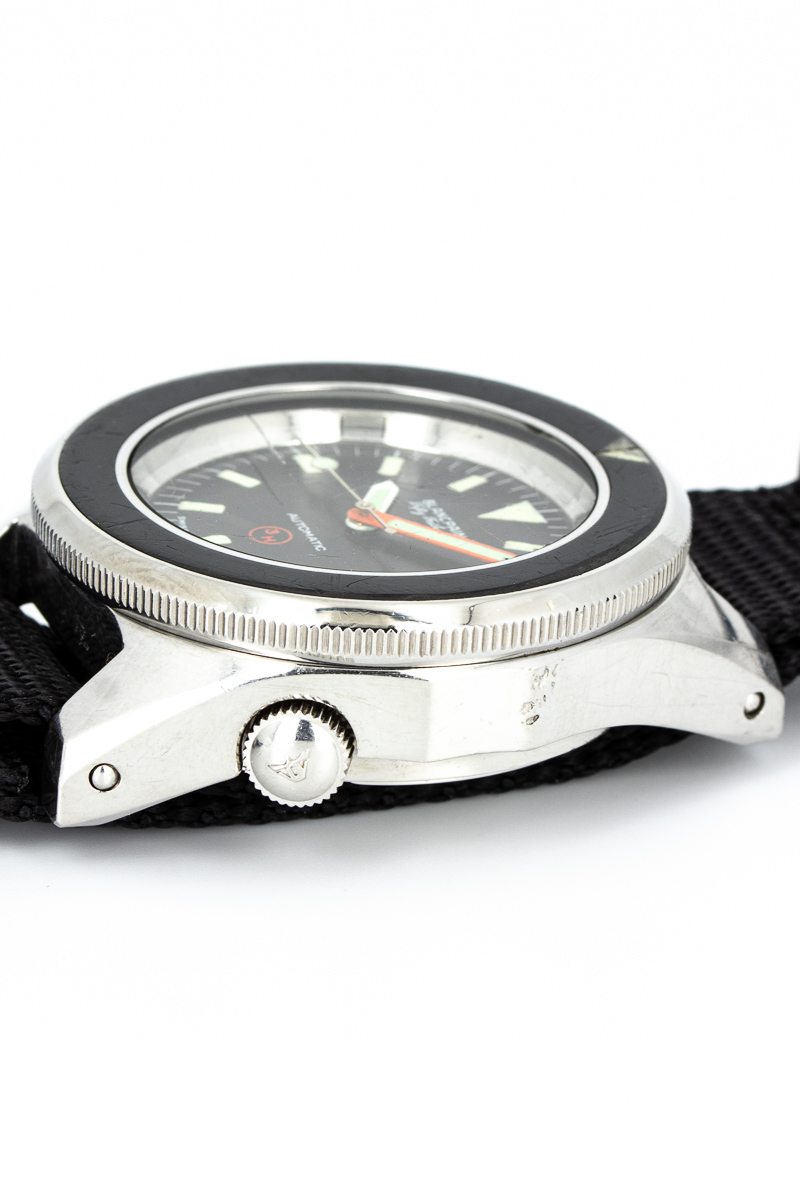 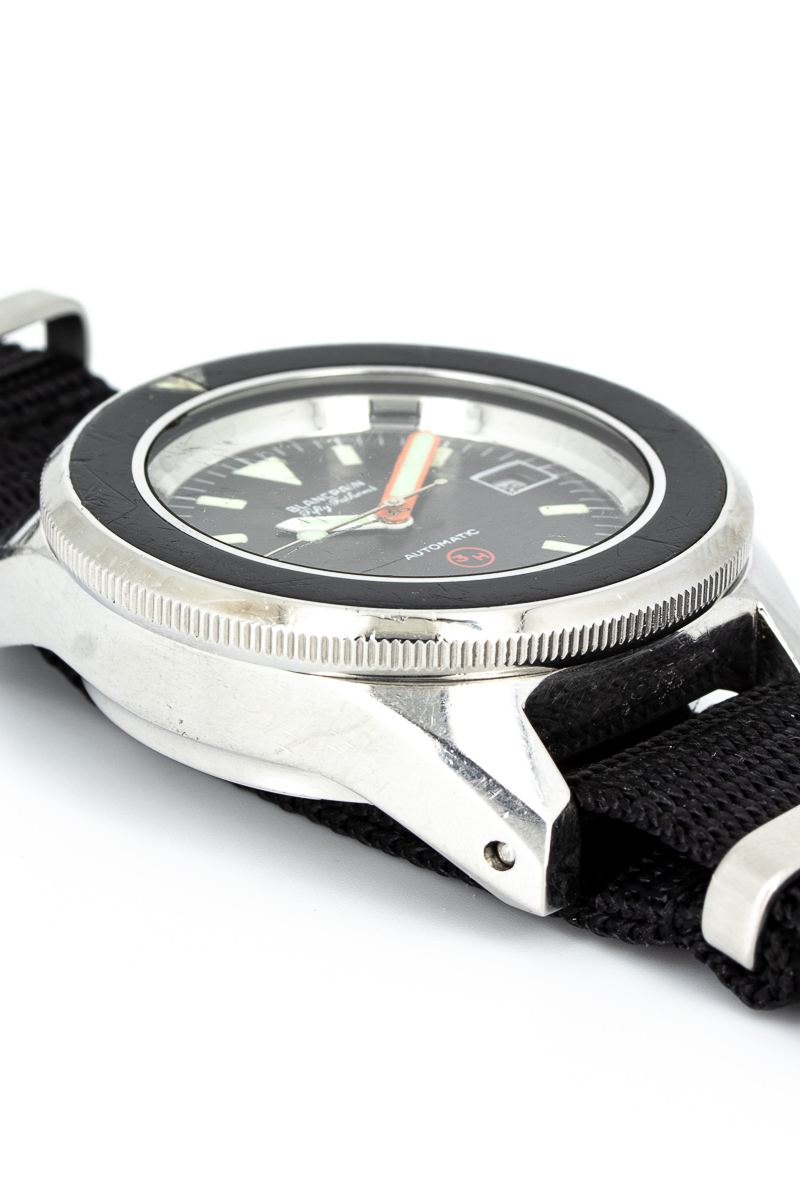 A beautiful piece of military history in un-restored aesthetic condition. Something unique for those true watch lovers out there.

It was back in 1975 when Blancpain made this version of the Fifty Fathoms for the German Bundeswehr. The special frogmen division known as Kampfschwimmer was equipped with rebreathers, meaning they could stay submerged for much longer than before. This had a practical implication for their watch; the rotating dive time bezel no longer needed to be graduated in minutes. Knowing your dive time down to the minute was life-saving with traditional scuba gear. The rebreather technology meant this was no longer relevant. The result? A stark black dive time bezel with no markings other than a triangle at twelve.

The dial features an H3 icon, indicating the presence of Hydrogen-3, more commonly referred to as Tritium lume. Surprisingly, these Bund Fifty Fathoms featured an extremely crude application of lume. Messy lume like this is usually a dead giveaway of a poorly executed re-luming job, but in these watches, it is actually the way it was done. And let’s be honest, as a Kampfschwimmer you were much more worried about accurately timing your mission rather than looking smooth. The handset of this particular example has been relumed later on. The hour indices are original H3.

This is not a watch that was ever babied. This has never been a safe-queen. It was taken underwater and used as the tool that it is. This is why we opted to leave its battle scars in place. Of course the movement received a full-service, but the case, bezel and crystal all show their experience. And isn’t that just precisely how you would want it?