We are proud to announce that this year we will be making our debut at PAN Amsterdam, 14-21 November 2021.

By Thomas van Straaten on 2 November 2021

PAN, short for Pictura Antiquairs Nationaal, is the leading national art and design fair in the Netherlands. It is the national counterpart of the internationally focussed TEFAF. First organised in 1987, the PAN is home to a fine selection of classical and modern art, design and antiquities.

For the first time, AWCo will be present on the 2021 edition of the fair.

We will be presenting a specially curated collection of fine wristwatches, which can be purchased at the PAN fair. We are always highly critical of the watches we acquire, but for this special occasion we have upped the ante. We have been hard at work, building a truly unique collection of watches that you simply never see in the same space at the same time. 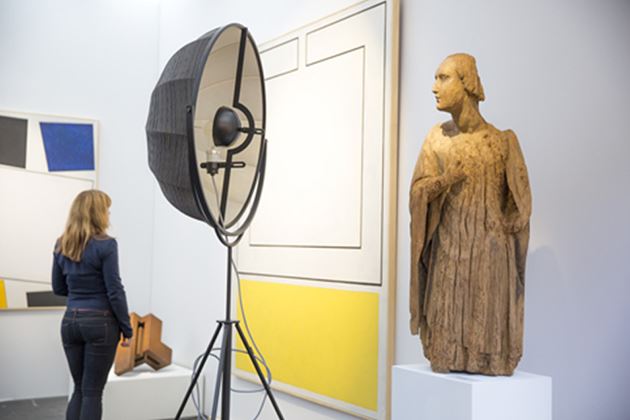 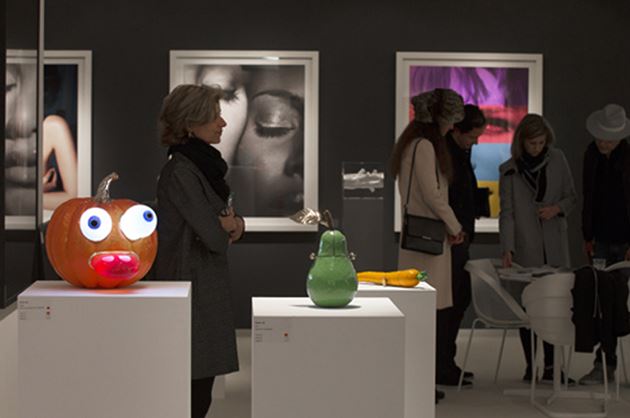 Patek Philippe introduced the Ref. 1579 in 1943. It was the only large (36mm) chronograph by the iconic house to be fitted with fancy lugs. These are faceted and angled, resulting in their nickname: “Spider lugs”.

Although some different dial styles exist, we can divide them in two eras: From 1943 until 1949, they featured applied Arabic numerals at twelve and six and painted baton indices in between. From 1950 until 1964 (end of production), they were fitted with the same applied numerals but with faceted square applied markers in between. Our example comes with the former, as you would expect from its 1948 production year. 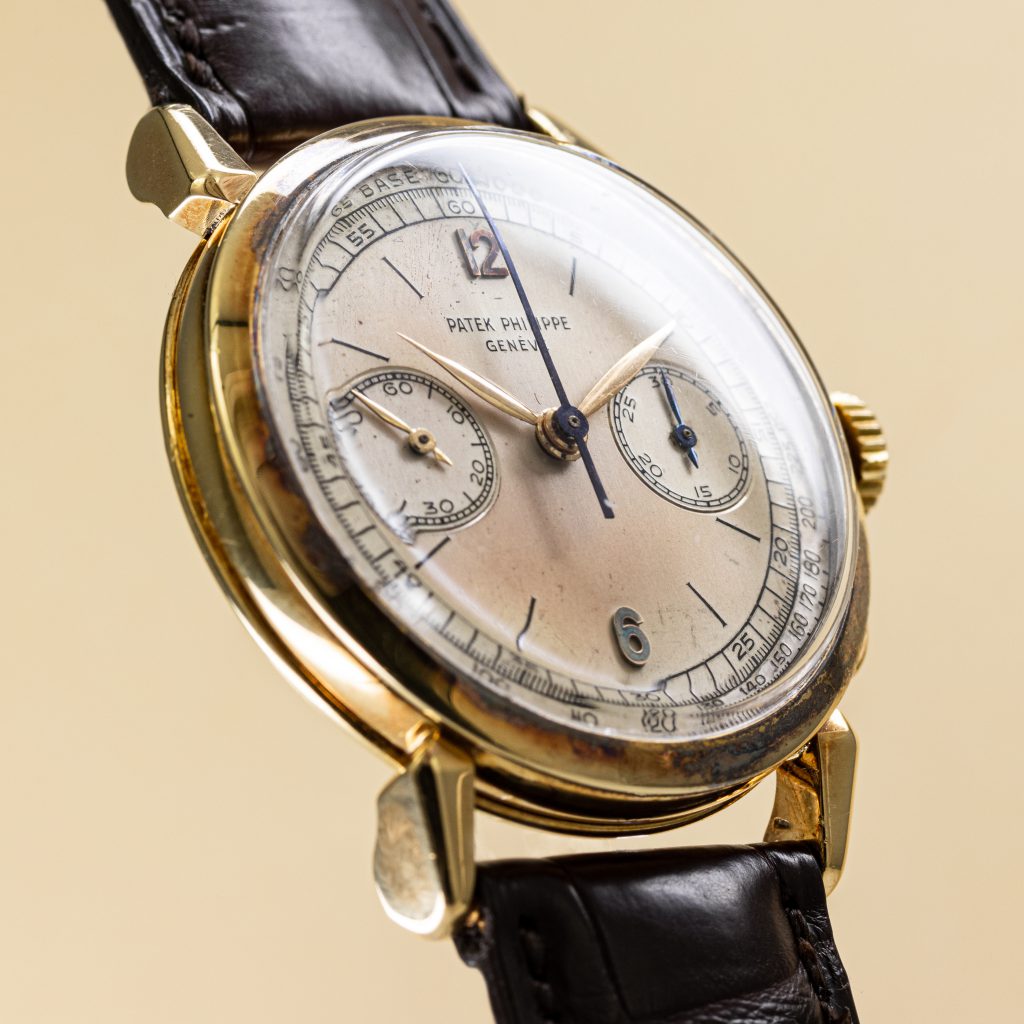 This dial has remained un-touched, resulting in absolutely stunning patina. We have labelled it a “Blush dial”.

This Chronograph is powered by the Caliber 13” which is an adaptation of a Valjoux ebauche caliber.

The Ref. 1579 is rare. Very rare. It is estimated that only a few hundred were ever produced. The rarest among them are executed in platinum, steel and steel/gold two-tone. Although the yellow gold was produced in the highest volume, it is still exceedingly rare today. And due to its relatively large size, it is one of the most desirable chronographs you will find.

This is a stunning example of a Gilbert Albert wrist watch by Omega, dating back to 1966. 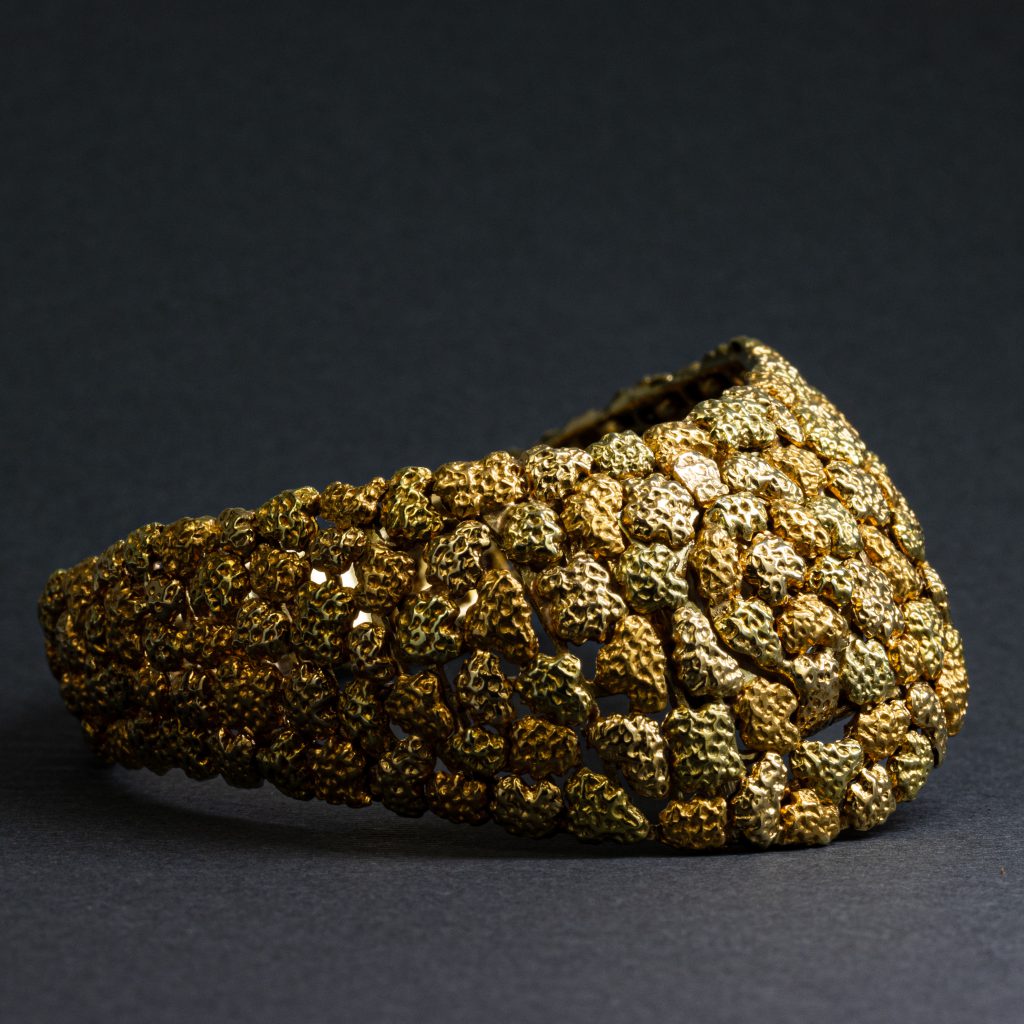 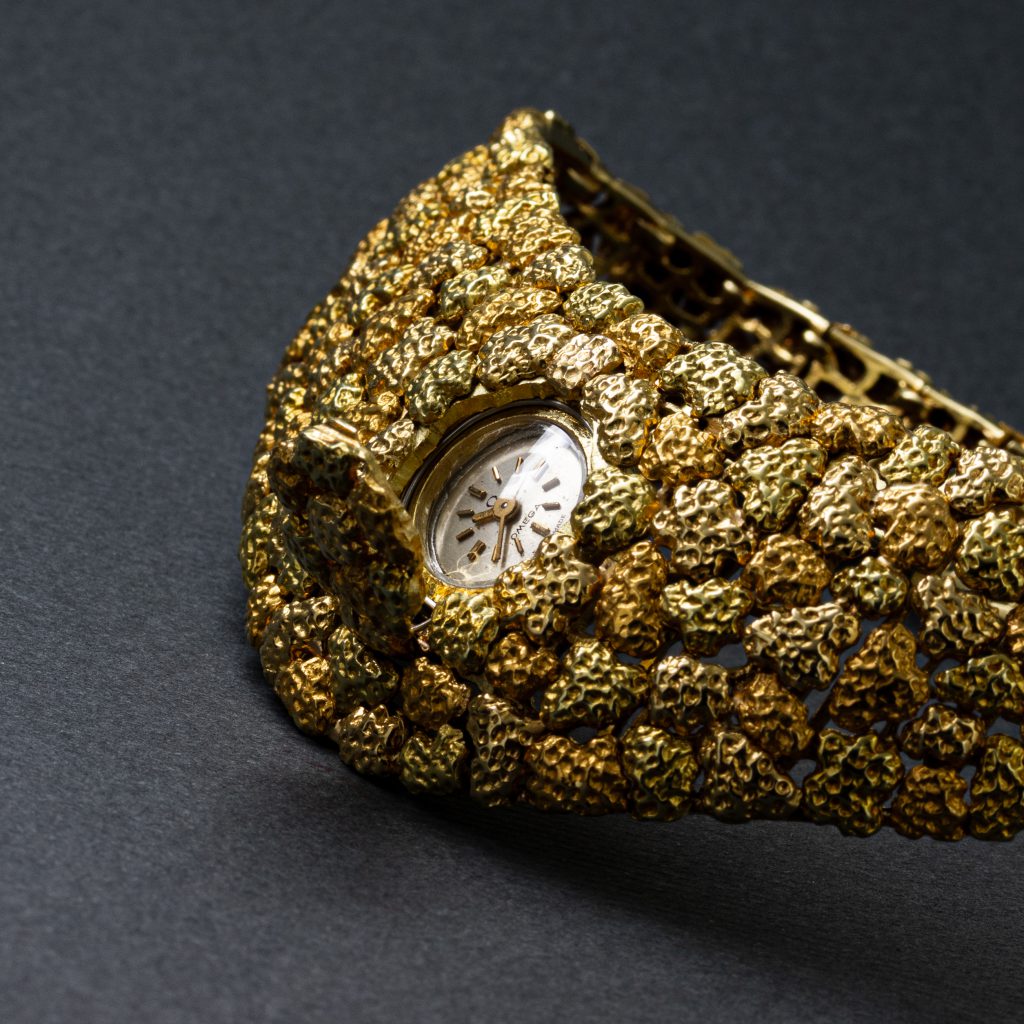 Although it looks solid, it is comprised of hidden articulating links which provide a supple fit. A mere glance at the inside reveals this is not just a designer’s work of art, but also the fruit of masterful craftsmanship in gold smithing.

The 1980s were a time of turmoil for the Swiss watch industry. Although an answer to the emerging cheap quartz technology was found in an emphasis on high-end watchmaking, luxury and craftsmanship, the war was far from won.

Patek Philippe had already launched the Nautilus as its luxury steel sports watch in the decade before. Now, it was time to flex its haute horology muscles once more, to show the world that Patek Philippe was sticking to its heritage. In 1985 the fabled house presented a brand new perpetual calendar; the Ref. 3940.

The significance of this watch is not to be underestimated. It set the tone for what Patek Philippe was going to be in this new era. No wonder then, that these models have become highly sought-after and desirable. 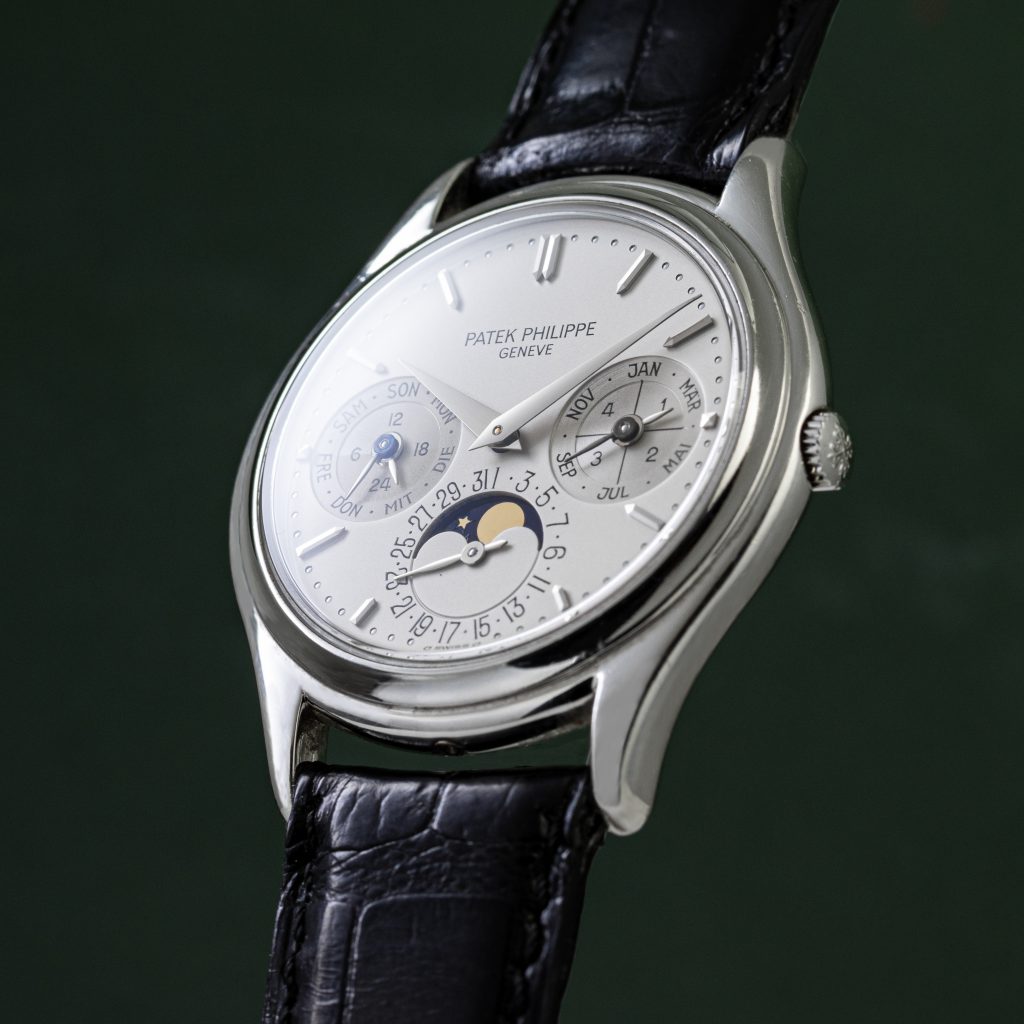 History aside, the watch is already extremely desirable in its own right. From a technical perspective, Patek managed to fit an automatic perpetual calendar in a 36mm wrist watch measuring only 8mm in height. They did so by opting for a 22k gold micro-rotor to provide the required winding.

The platinum case is home to an opaline Sigma dial that is a masterclass in design. It is packed with a massive amount of information, yet remains understated, balanced and simple.

Different series have been produced of the Ref. 3940, with small variations between them. Our example is a so-called late second series specimen, with hallmarks in the case flank and a cross-hair in the sub dial at three o’clock.

This stunning and significant Patek Philippe Ref. 3940 comes complete with the original box, papers and tag. The box doubles as a winder, keeping your perpetual calendar right up to date.

If you are curious to see the cutting edge in design, art, and antiquities, as well as our unique selection of high-end wristwatches, visit PAN at RAI Amsterdam, from 14 – 21 November. You can order your tickets via www.pan.nl. 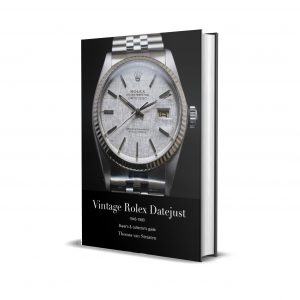