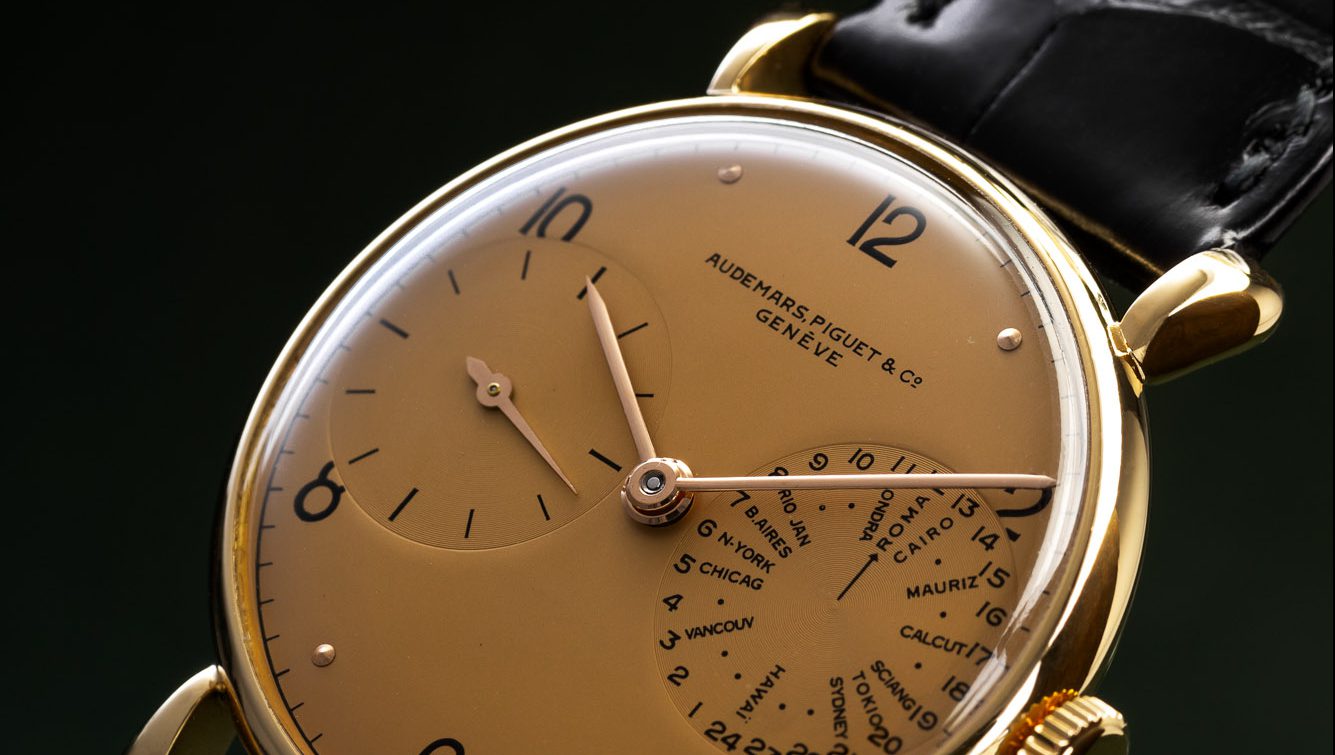 Some consider Audemars Piguet as a “one trick pony”, as in the modern era they have derived great brand recognition from their octagonal icon – the Royal Oak. However, this does the brand a great disservice. The History of the brand is vastly interesting and intriguing.

Do you have a few spare minutes? We do have something particularly special!

Some consider Audemars Piguet as a “one trick pony”, as in the modern era they have derived great brand recognition from their octagonal icon – the Royal Oak. However, this does the brand a great disservice. The History of the brand is vastly interesting and intriguing.

So let’s dive into some quick and compact early history of the Brand.

Back in the days

The founding of Audemars Piguet dates back to 1875 when Jules-Louis Audemars and Edward-Auguste Piquet first stuck their heads together and founded the Brand later on in 1881 under the name Audemars Piguet & Cie., Manufacture d’Horlogerie. They established their first watch workshop on the family farm of Audemars, located in the picturesque village named Le Brassus, in the Vallee de Joux, which is a breeding place for historically significant watchmaking. Piquet and Audermars were both professionally trained watchmakers, with Audemars being the specialist in the manufacturing process and Piguet specializing in the regulation of these watches.

The extensive history of Audemars Piguet can be accredited to their impressive feats of horology. By 1889, Audemars Piguet was the first to present a minute repeater complication into a wristwatch, which was an incredible accomplishment at that time. At the end of the 19th century, Audemars Piguet achieved another feat in the world of horology by producing the company’s most complicated wristwatch. They presented this watch at the World Fair in Paris (1899), which featured a grande and petite sonnerie for chiming hours and quarters automatically, a repeater for chiming hours, quarters, and minutes on command, dead beat seconds, an alarm, perpetual calendar, chronograph with jumping seconds, and a split-seconds hand. An amazing creation that is even hard to comprehend by many watch enthusiasts. From this moment Audemars Piguet had officially established itself on the world stage, from which we can officially say ‘the rest is history. 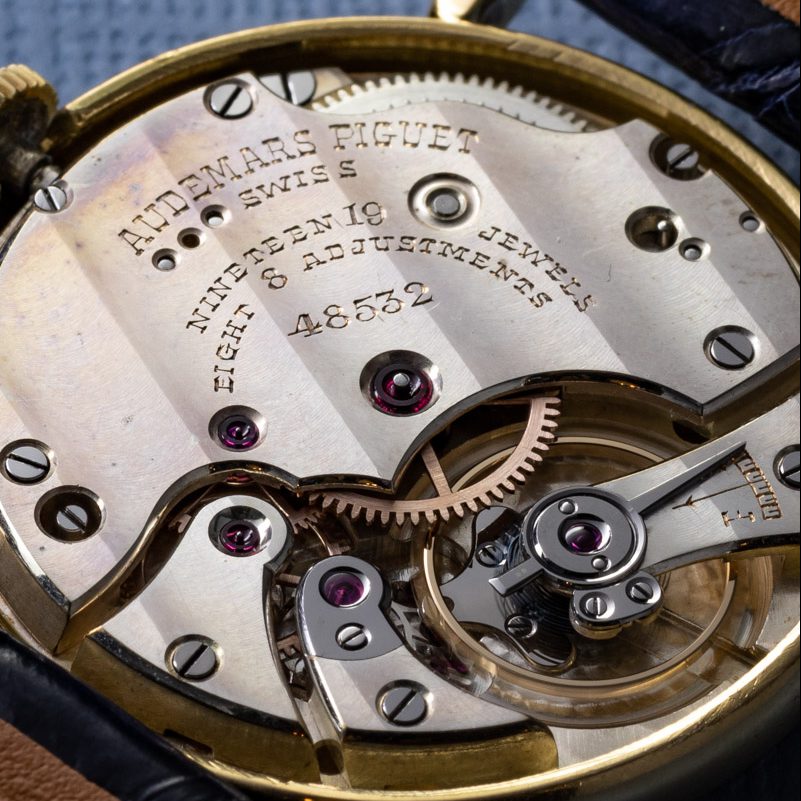 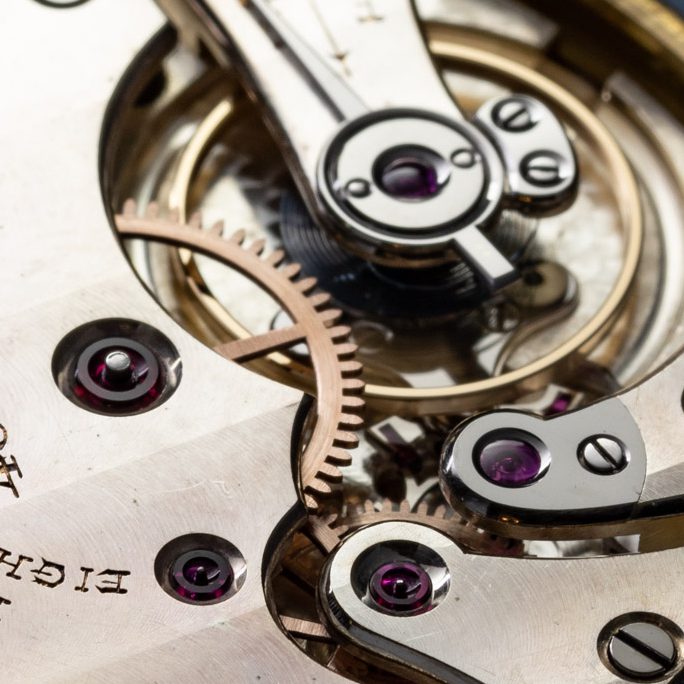 What makes this watch particularly special? The movement that it houses, namely the 13 ligne “VZ” movement, the 13”’ Valjoux embodied utter utility, being a workhorse and purpose-built movement. Ranging from time-only watches all the way to the most faultless perpetual calendars. The versatility of the movement did not go unnoticed and was fully embraced by Audemars Piguet who used this movement throughout the whole range of their watches, from highly complicated to time only. 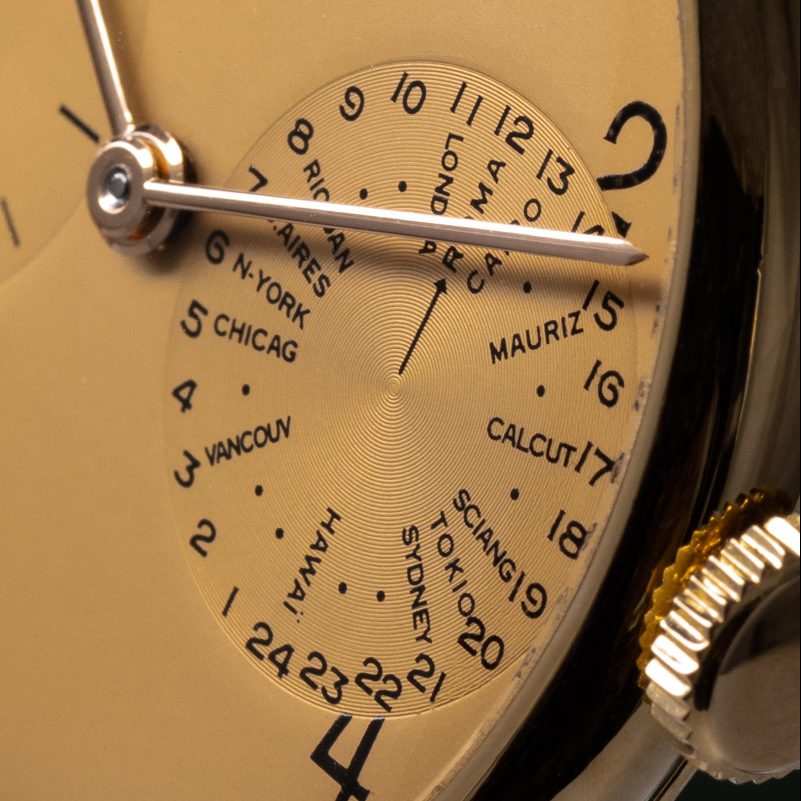 The VZ movement line of Audemars Piguet is related to the, known by enthusiasts, Valjoux 23/72. However, there is an important difference between the two. The Valjoux 23s were being used by some different watchmakers simultaneously. Whereas the VZ series were purchased from Valjoux by Audemars Piguet, making this lineage of movements exclusive to Audemars Piguet. This kind of purchase was rather uncommon as Audemars Piguet made a “movement blank” purchase, meaning that the blank was made up of all the structural elements of the movement and only primary machine work was finalized. This is in contrast to the more common way, purchasing as an ebauche, which essentially is a ready-made movement from which a watch can be instantly built. Because of the ‘’movement blank” purchase, Audemars Piguet was able to construct the movement to an incredibly high standard. 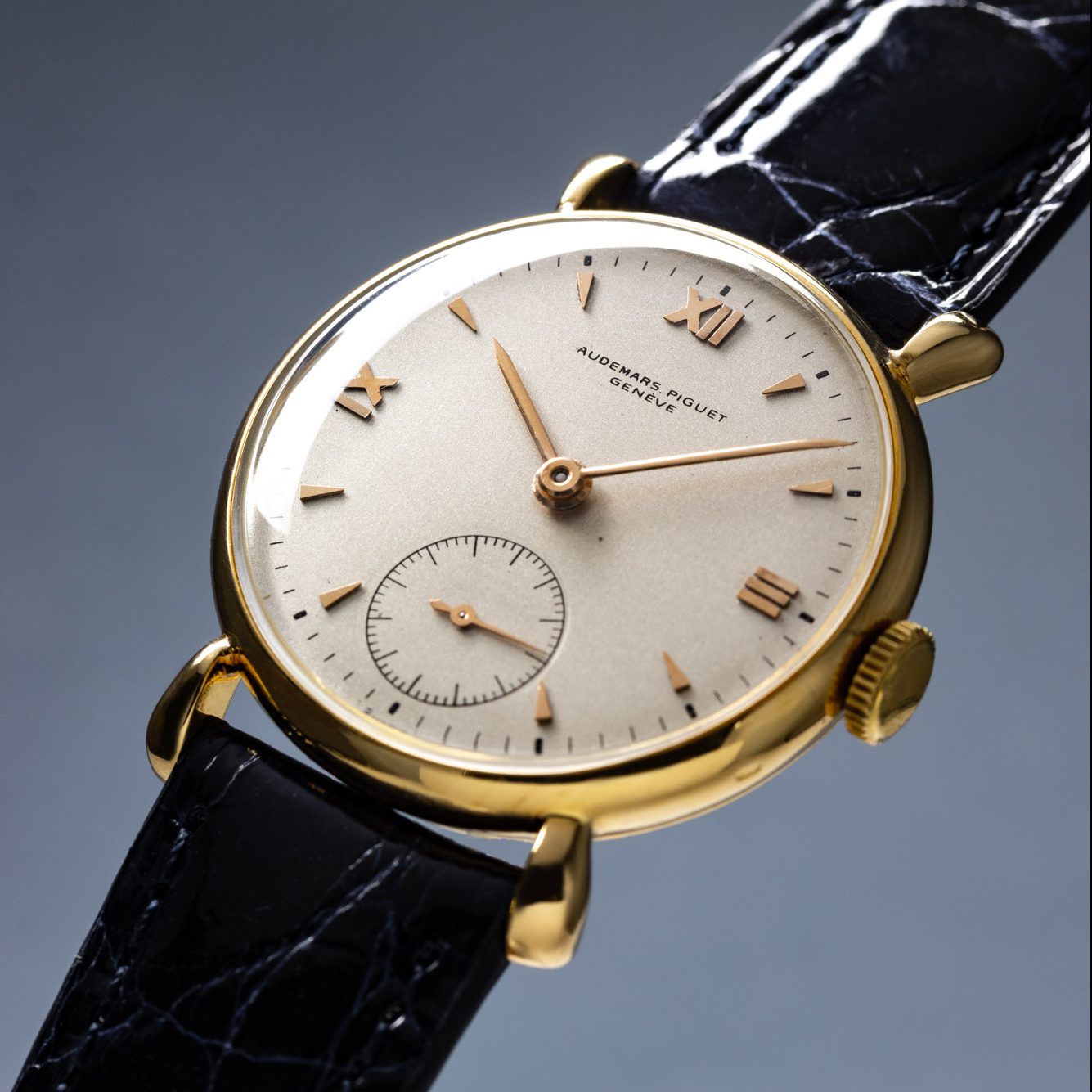 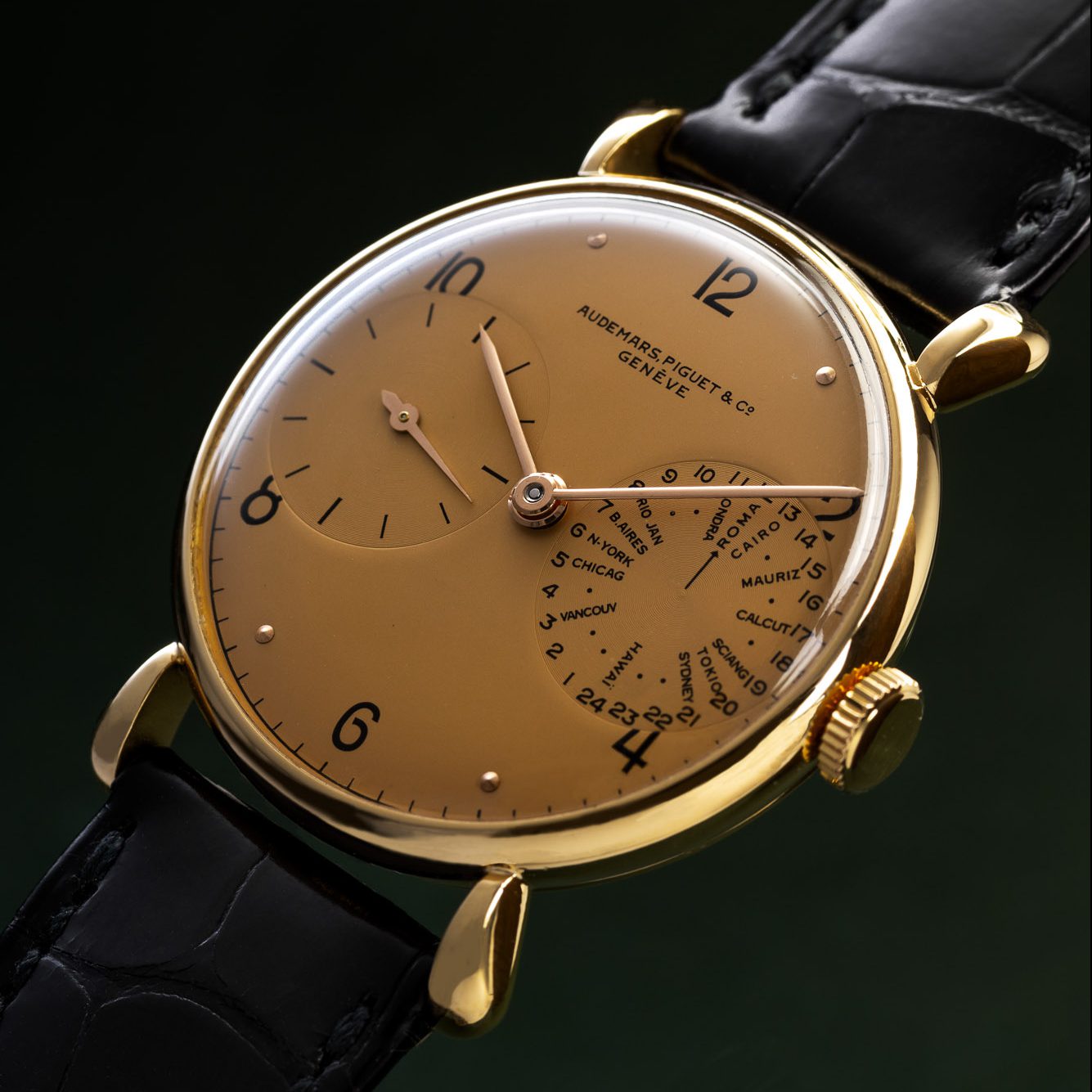 Two extremely rare Audemars Piguet dress watches, executed with the VZ AP movement. Both watches can be seen and bought at the PAN fair.

Team AWco did some digging through the history of the brand, trying to acquire relevant information about the World Timer we are speaking off. The watch dating back to 1951 and featuring a world-timer complication was very uncommon, with commercial air travel being only accessible to a very select group of people. Then it clicked, we argue that this watch was a very limited order delivered to different markets. If you have a very keen eye, you might have noticed that the time-zone subdial does not feature a hand of any kind. This was not necessary, the way it works is actually relatively simple for the person who possesses basic mental arithmetic. The arrow facing upward to Rome implies that the before-mentioned order was most likely allocated to the Mid-European time-zone (GMT+2) market, and is in this case specifically in Italy. 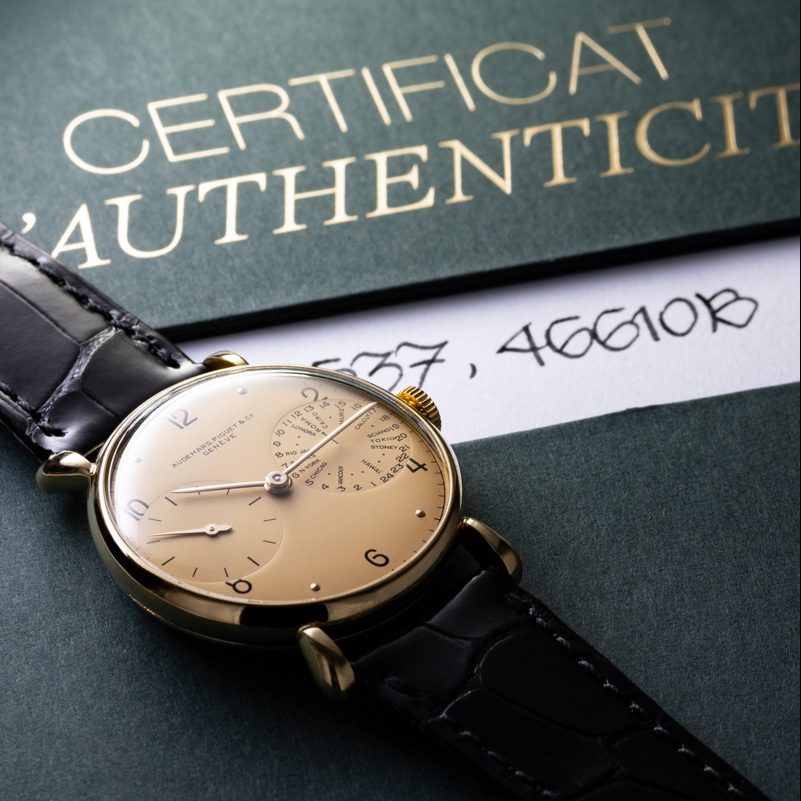 To summarize, this very special Audemars Piguet is executed in a 33mm 18k gold case and even comes with the original buckle. The watch features a very special hand-wound cal.VZAS, a gold dial, and solid gold pencil markers. To make it even better, it comes with the original box, 2022 service papers, and a ‘certificate d’authenticite’ from Audemars Piguet.

Truly a “once in a lifetime” watch! 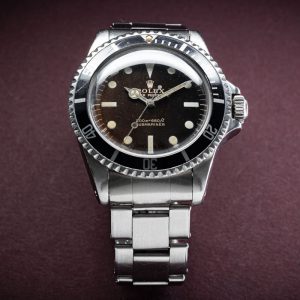 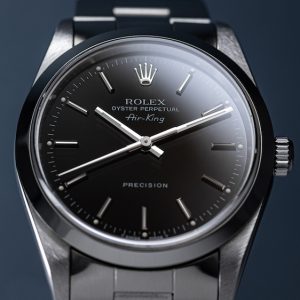 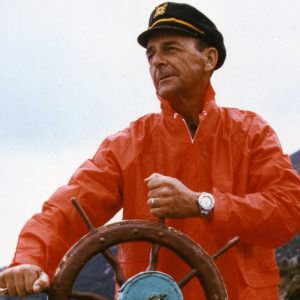 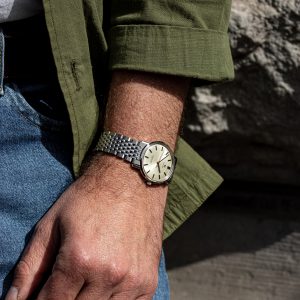 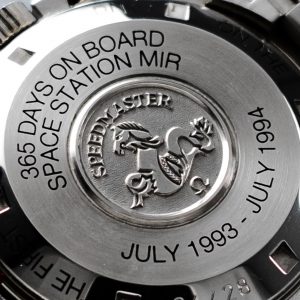 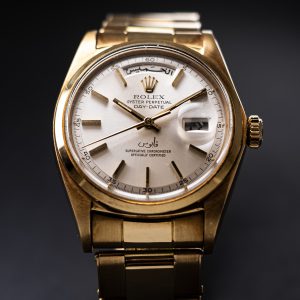 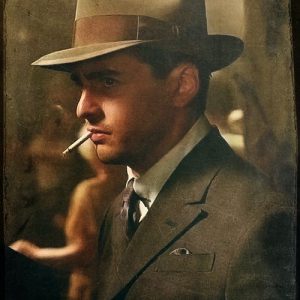 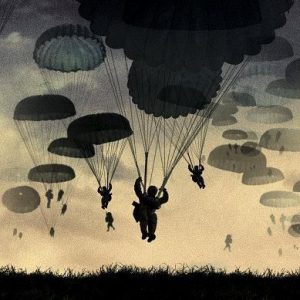